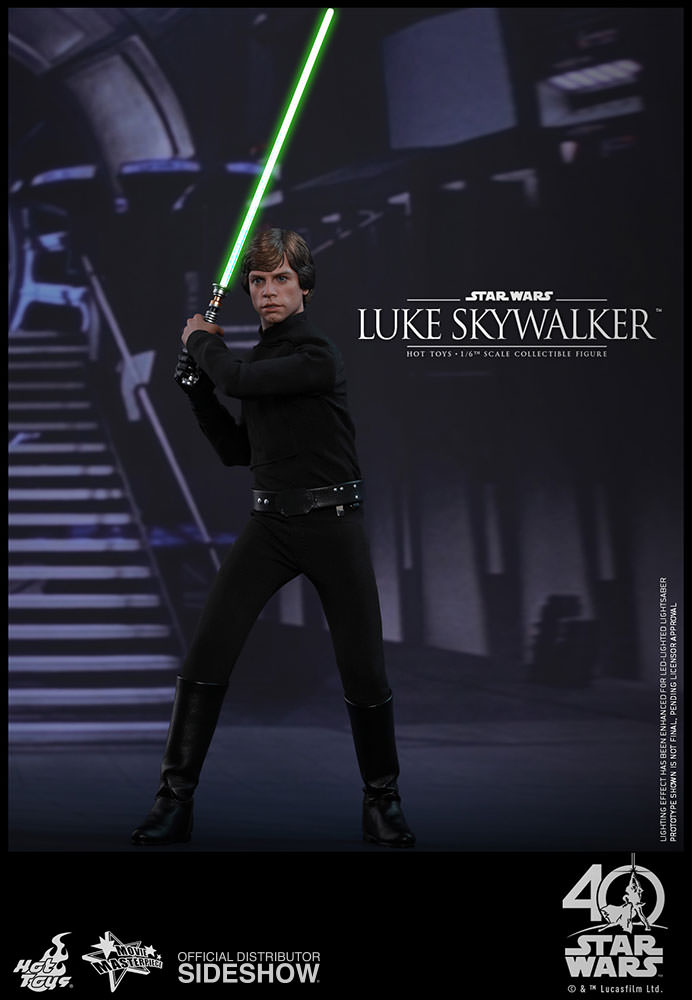 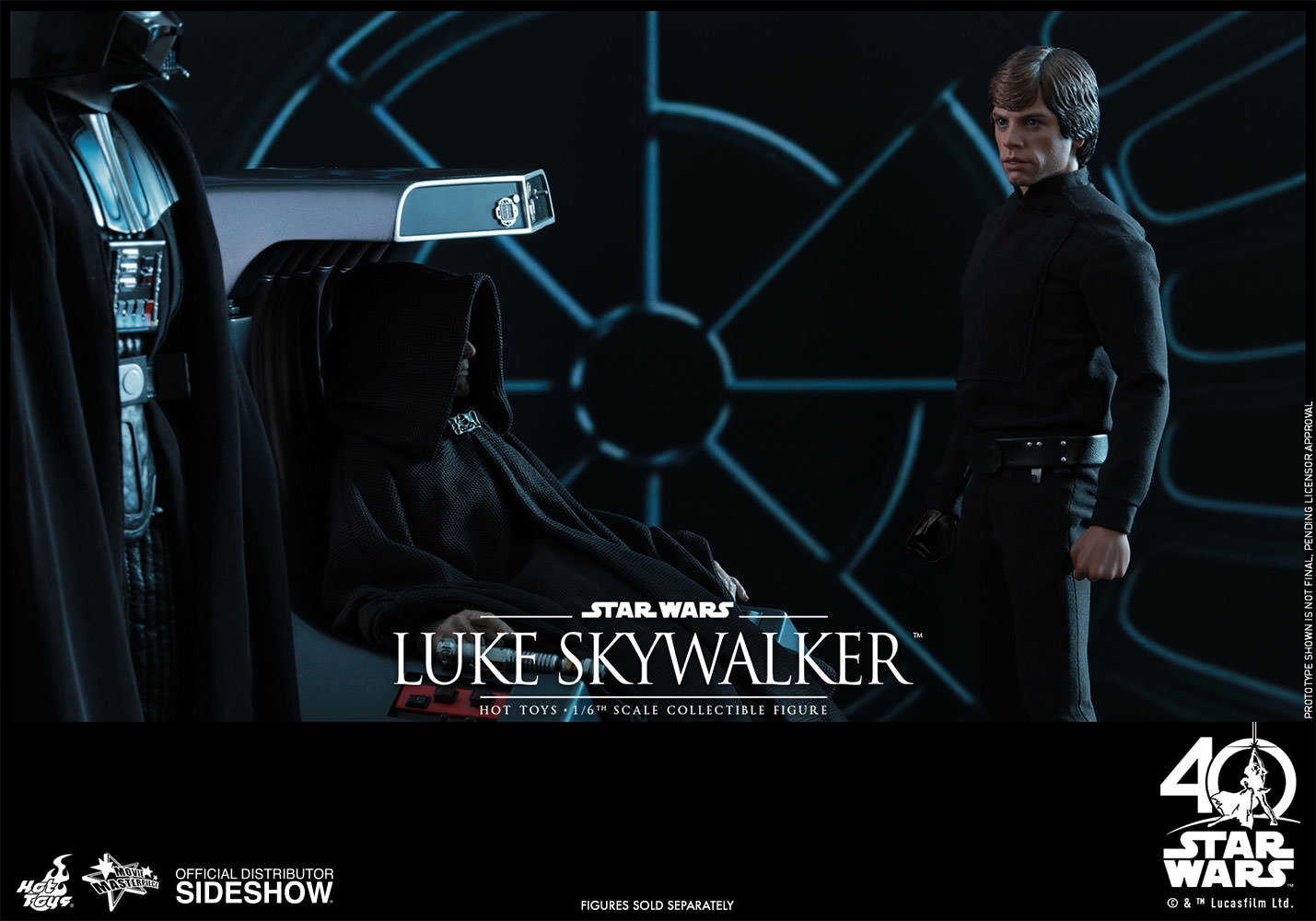 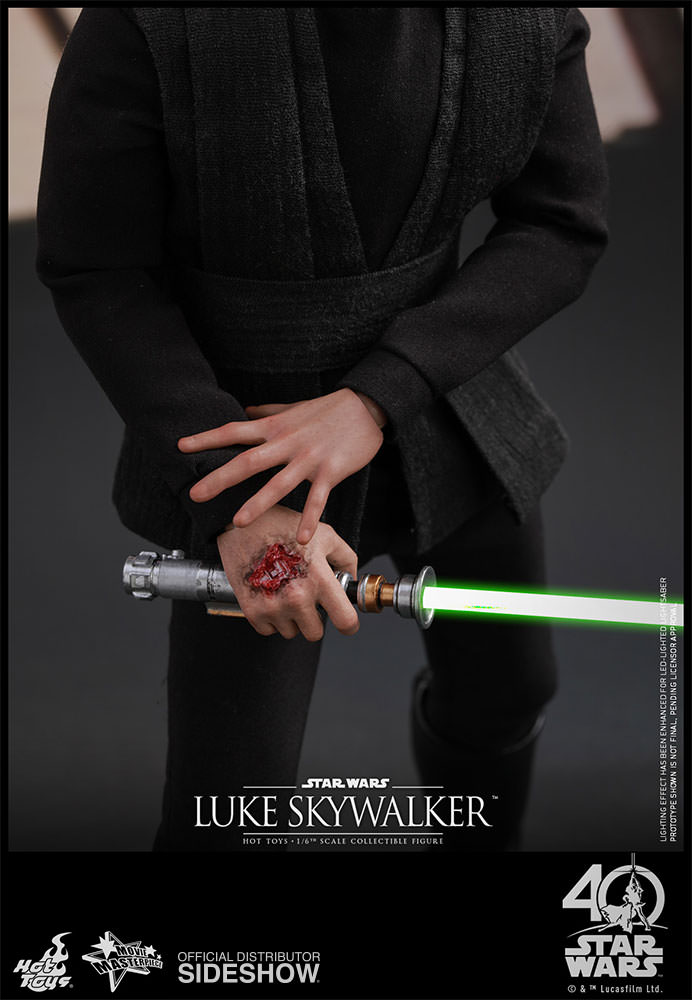 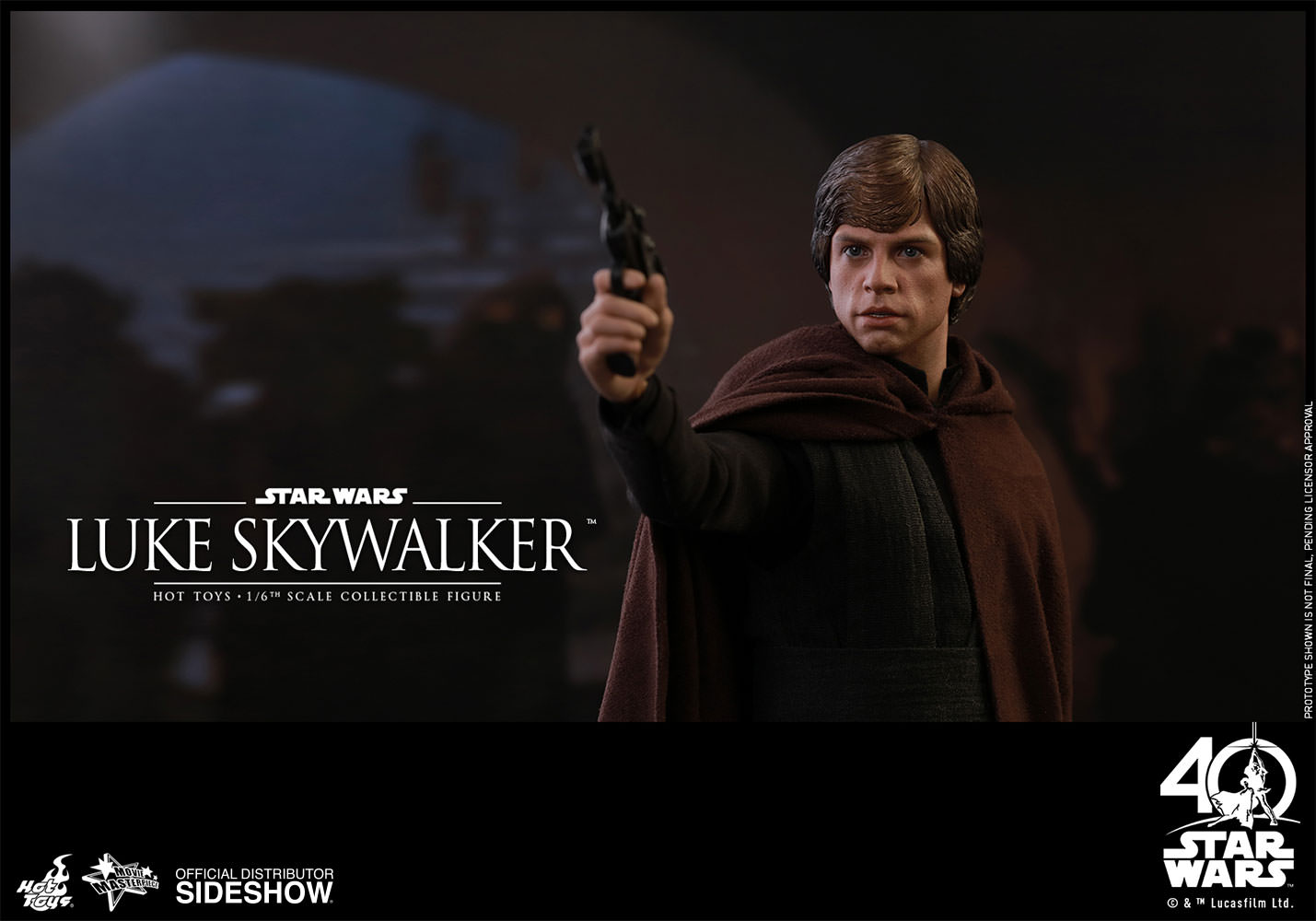 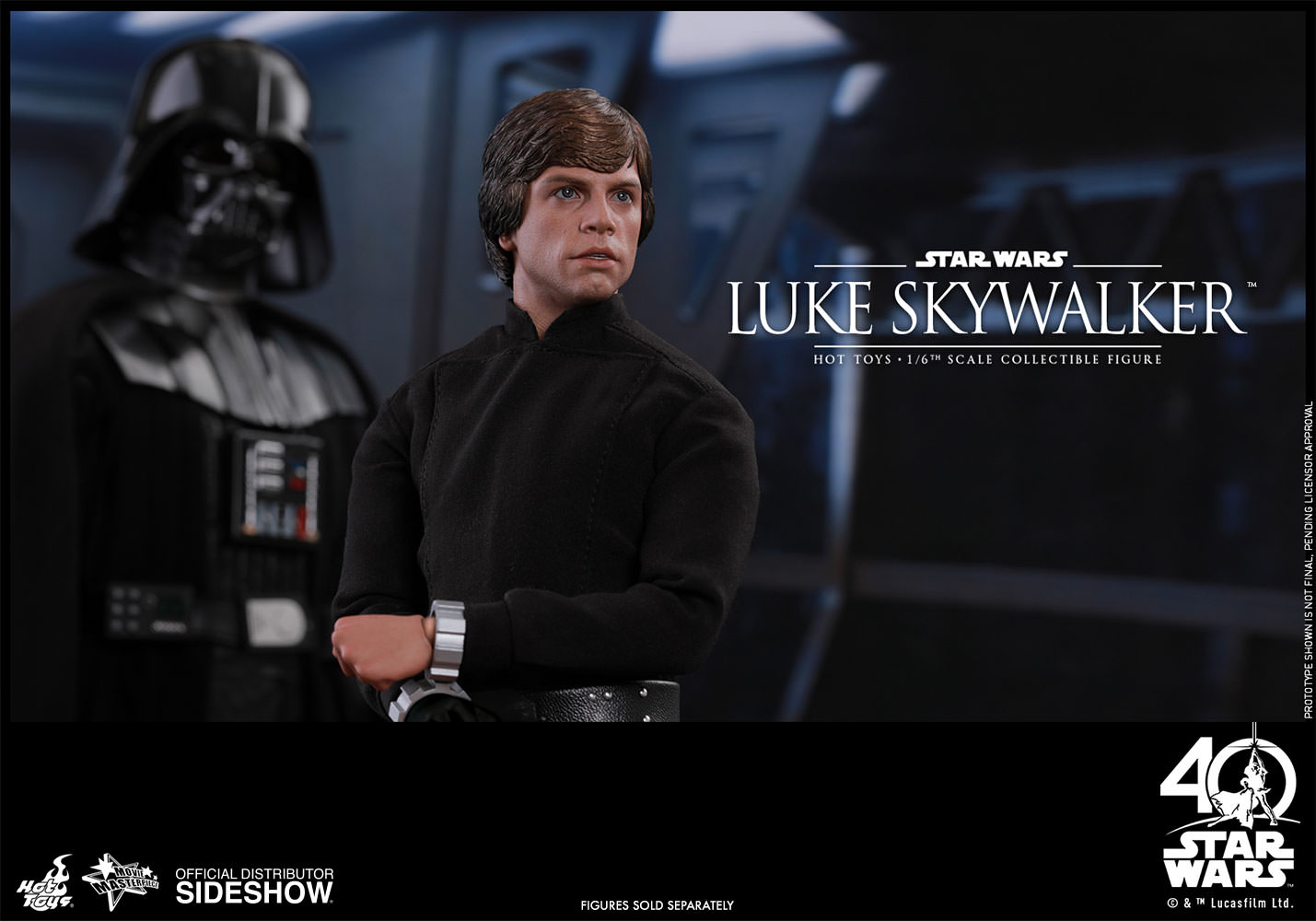 "I am a Jedi, like my father before me." - Luke Skywalker

With the rise of a new and more powerful Death Star, Luke Skywalker, along with the Rebel fleet and his friends mount a massive attack on the space station to stop the Empire’s dangerous aggression and cease its tyranny across the galaxy. In the final climactic battle aboard this technological terror, Luke Skywalker confronts his father Darth Vader before the evil Emperor Palpatine. Yet, at the most critical moment, Darth Vader makes the heavy decision to protect his son by destroying the vicious Emperor and ultimately sacrificing his own life; thus, restoring temporary peace to the galaxy.

Sideshow and Hot Toys are proud to officially present a legendary cinematic masterpiece – the sixth scale Luke Skywalker Star Wars collectible figure from Star Wars: Return of the Jedi! Expertly crafted based on the appearance of Luke Skywalker in the concluding chapter of the original trilogy, the Star Wars figure features a newly developed head sculpt, a meticulously tailored costume featuring Luke’s look on Tatooine and Death Star in the film, a LED light-up lightsaber, an interchangeable lightsaber blade emulating the weapon in motion, and a specially designed figure base.

Dedicated to all Star Wars fans, the Luke Skywalker collectible figure will be a treasured addition to your collection. Order now and make sure you don’t miss out on this heroic collectible showpiece.

No Star Wars collection is complete without Luke. Hot Toys nailed this one. The likeness to Mark Hamill is unmatched by any other figure out there and had me in awe upon opening. The outfit is great and doesn't limit the articulation at all like some others, and the light-up saber is always a welcome touch on their Star Wars figures. I would definitely call this the ultimate in Luke Skywalker figures.

Mark Hamill has a somewhat difficult likeness to capture. Particularly his RotJ likeness. This figure does it perfectly along with some fantastic accessories and pose options. I'm extremely happy with this figure. I have him posed alongside Emperor Palpatine in his throne, recreating an iconic scene. Would absolutely recommend the purchase.

Likeness is great and the accessories are pretty good. The cloak drapes beautifully. I wish there had been more gloved hands - at least a lightsaber gripping gloved hand. The light up arm holds the lightsaber a little low on the handle. Finally, I do think the padded suit the figure is wearing makes him look a bit pudgy from many angles. All dressed up in the cloak he looks fine, but without it you'll need to do some careful posing to disguise the added girth.

My 3rd piece and my favorite so far. the face is amazing and outfit is spot on.
Well worth the price!!