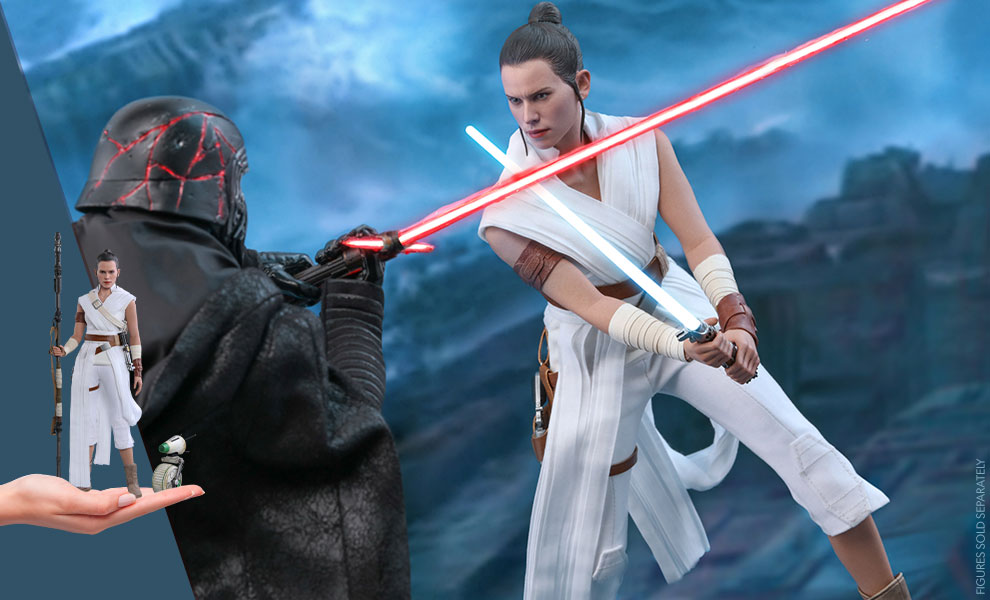 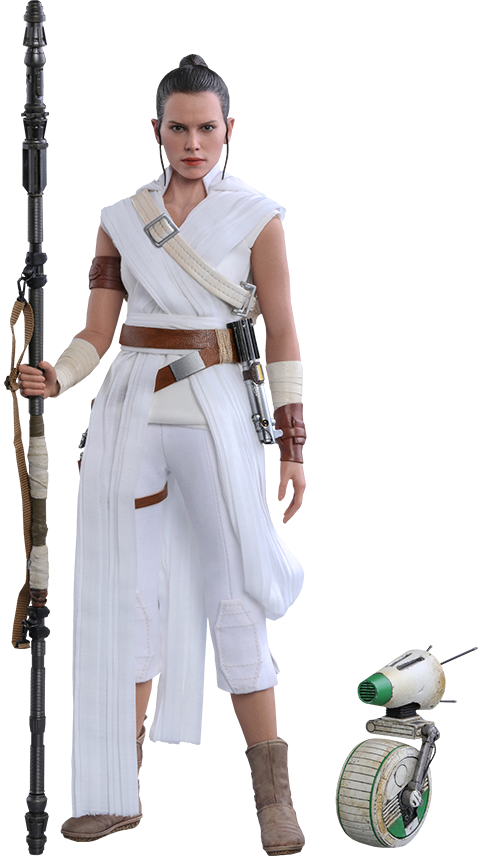 “People keep telling me they know me. No one does.” - Rey

A scavenger toughened by life in Jakku’s harsh deserts, Rey has been drawn into a galaxy-spanning conflict and learned that her life is being shaped by the mysterious power of the Force. She seeks out Luke Skywalker, the lost Jedi Master, in hopes that he will aid the Resistance against the First Order and help her control her growing powers. But when that quest ends in disappointment, Rey must find a new way forward.

Hot Toys is pleased to officially introduce the new Rey and D-O Sixth Scale Figure Collectible Set from the final chapter of the Skywalker saga.

Moreover, the collectible set will additionally include Rey's yellow lightsaber, Leia's lightsaber hilt, and a cloth wrap for the lightsaber hilts to set up extra scenes. 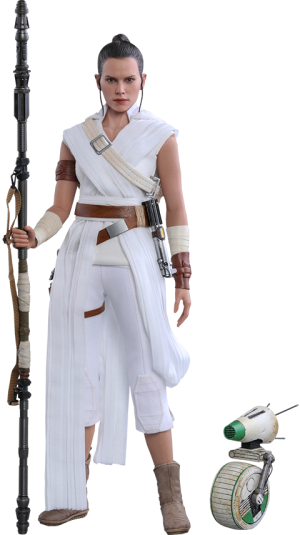