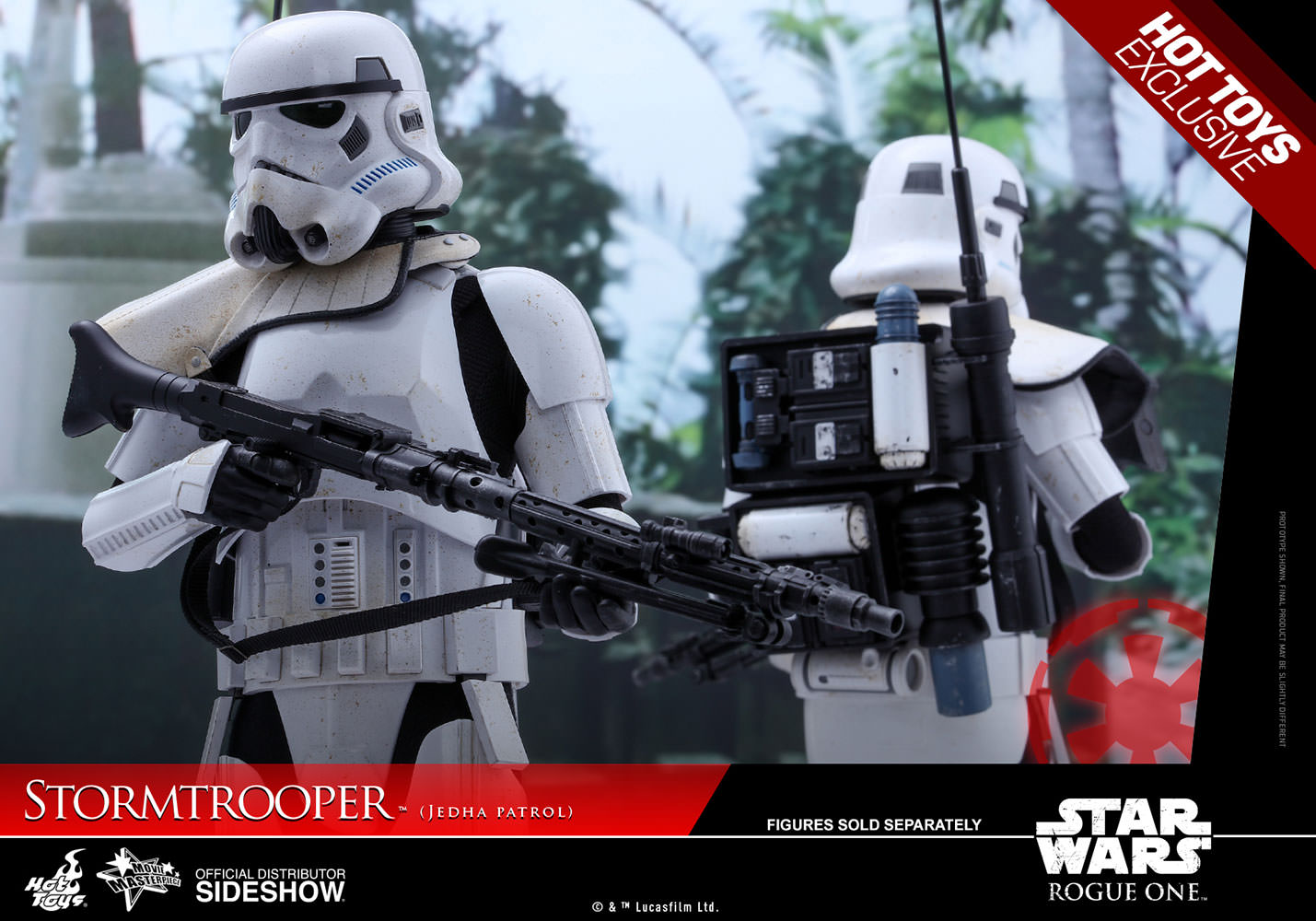 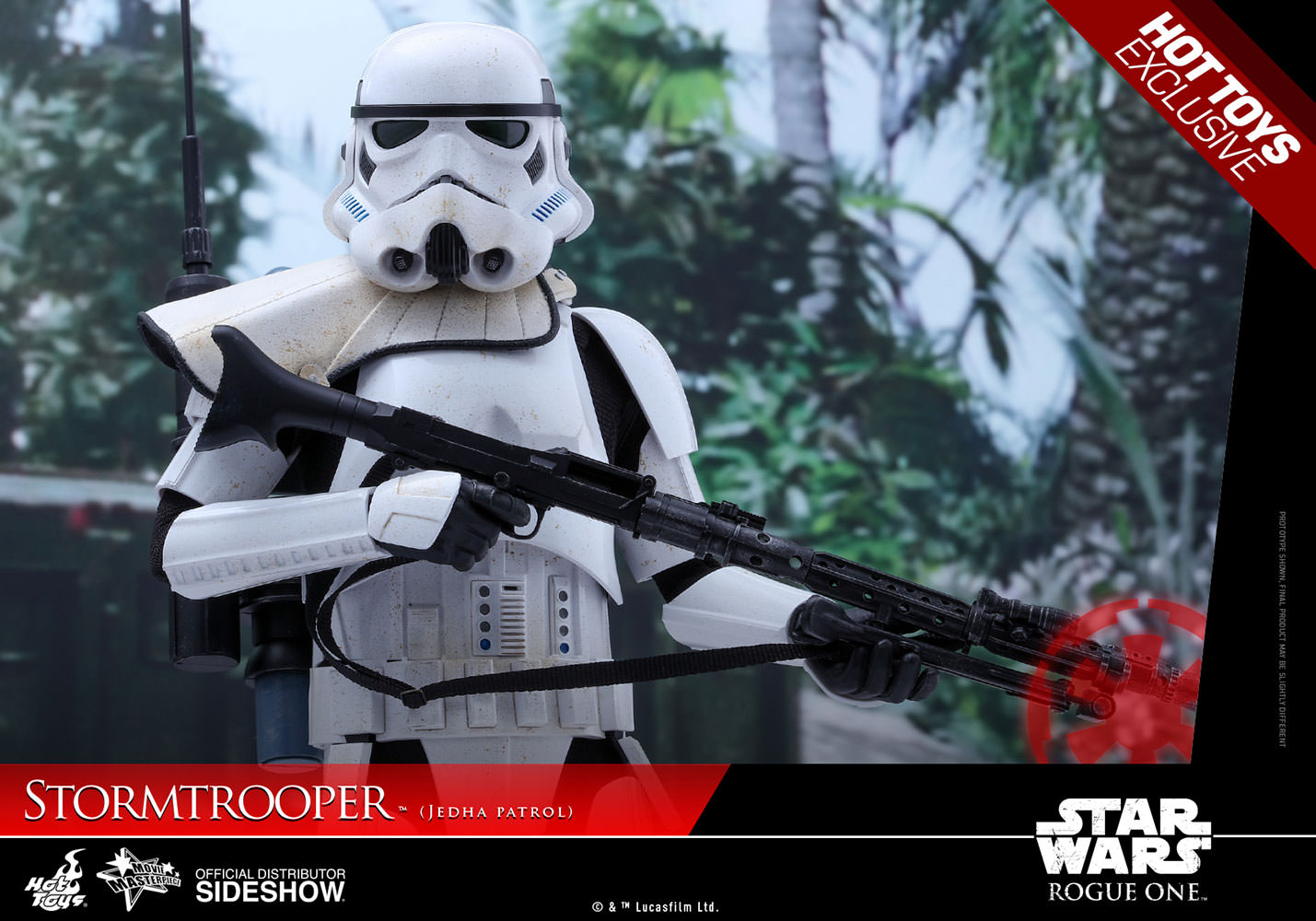 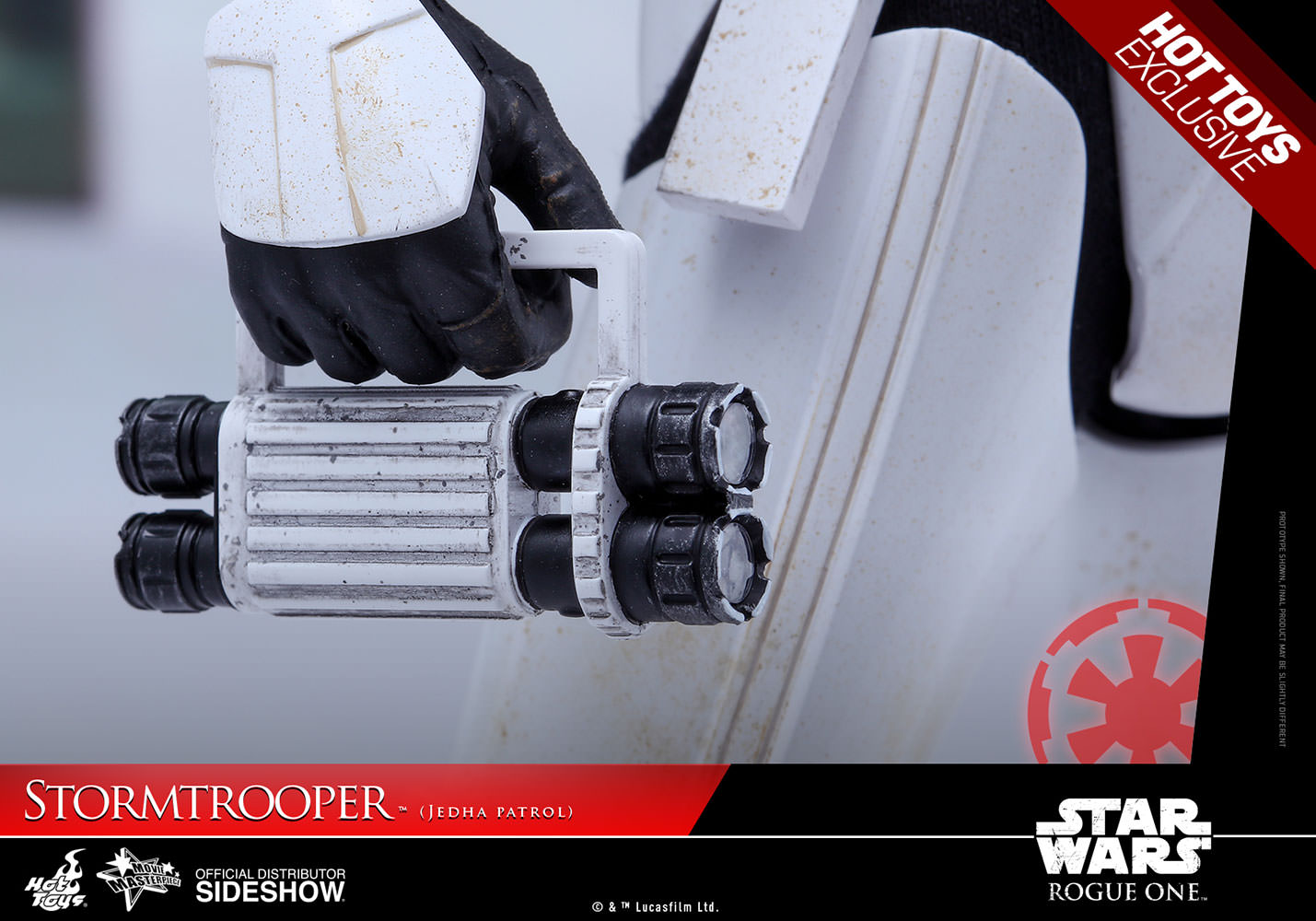 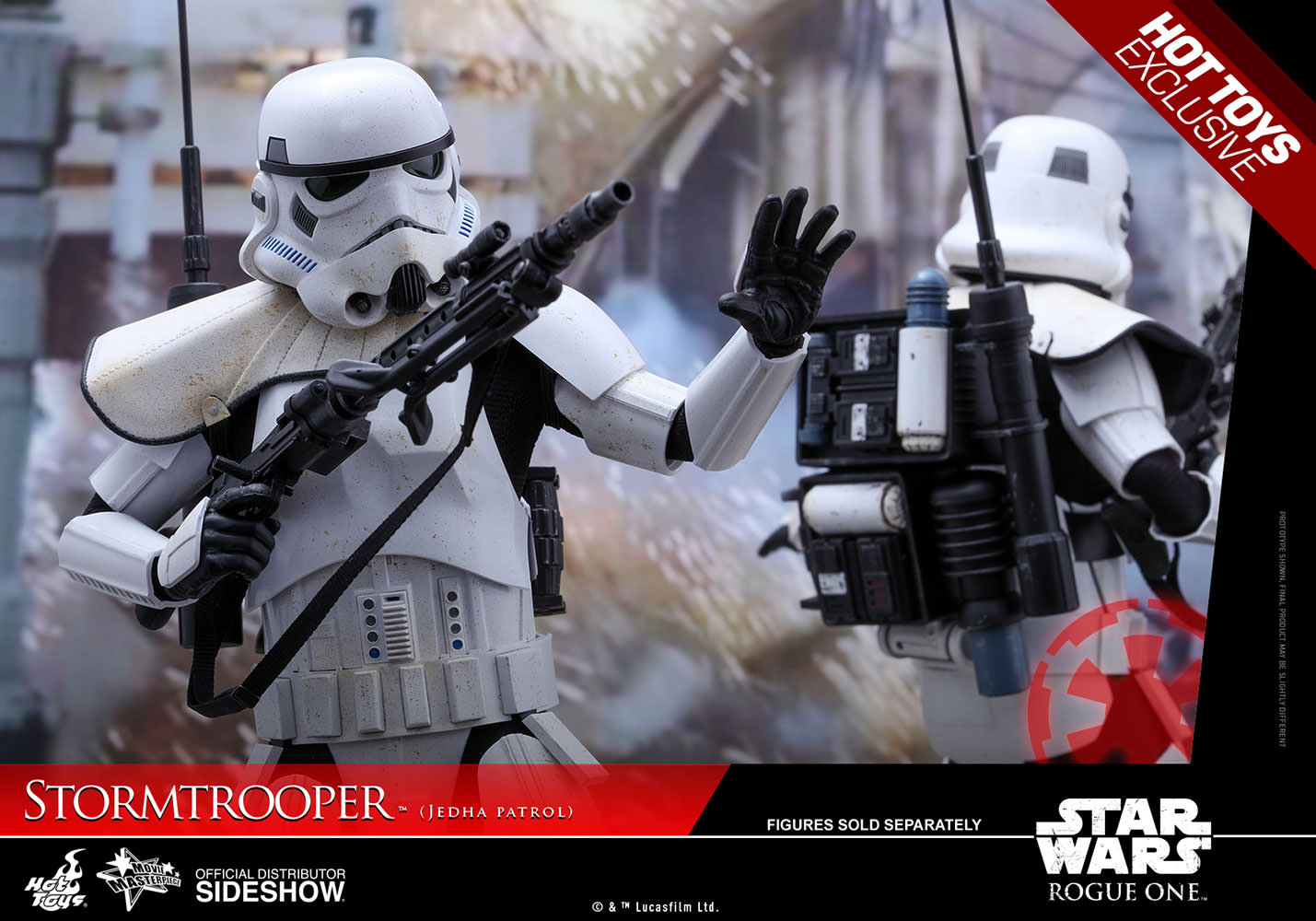 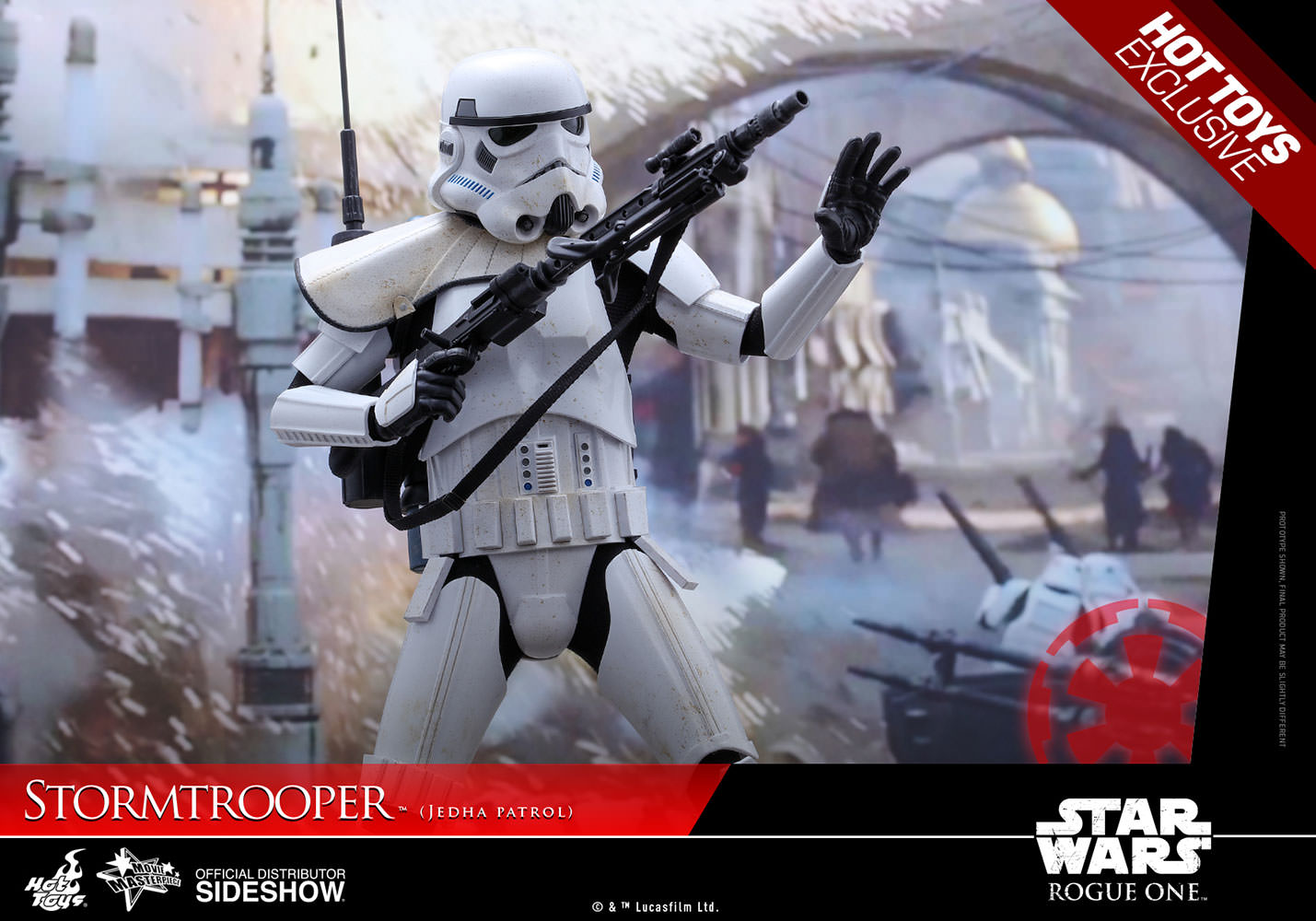 The newest installment to the Star Wars galaxy, Rogue One: A Star Wars Story, will bring fans on an epic journey to a galaxy far, far away where a group of unlikely heroes bands together on a mission to steal the plans to the Death Star, the Empire's ultimate weapon of destruction during a time of conflict.

Following the unveiling of the Death Trooper, Sideshow and Hot Toys are very excited to officially present the new Stormtrooper Jedha Patrol Sixth Scale Collectible Figure as an exclusive item only available in selected markets.

The highly-accurate collectible figure is specially crafted based on the image of the specialized Stormtrooper patrolling the streets of planet Jedha in Rogue One: A Star Wars Story and features a completely new Stormtrooper helmet and armor, a newly developed fabric under-suit, a newly designed survival backpack, white colored pauldron, detailed weapons and accessories, and a specially designed figure stand!

Don't miss the chance to add the newest Stormtrooper collectible figure to your Rogue One: A Star Wars Story collection!

This stormtrooper is so different from the original trilogy when seen in person. The weathering is very realistic and not overly done. I really love the white “sergeant” pauldron that is included, and the worn look survival pack. Get on this waitlist while you can.