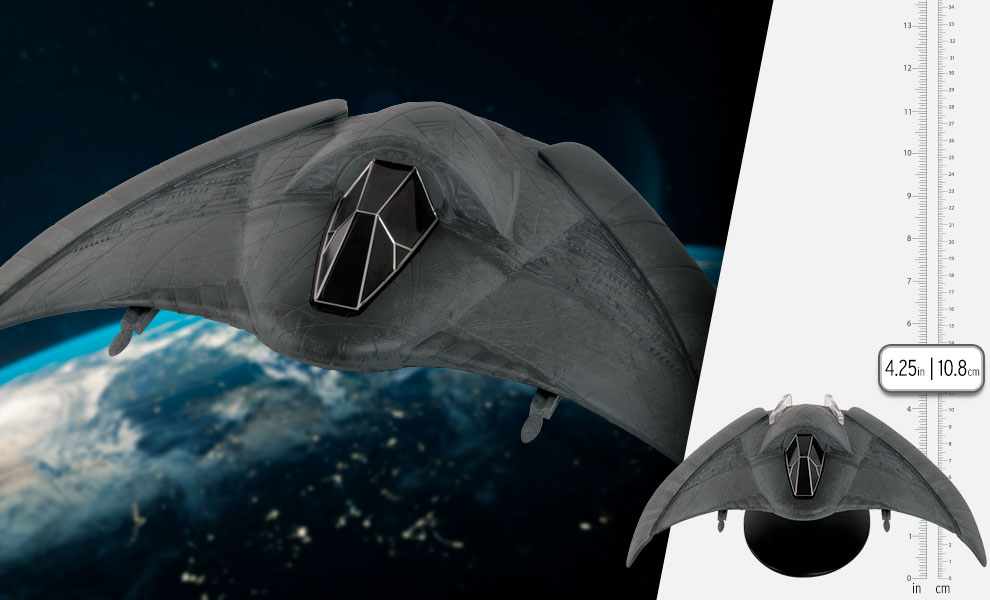 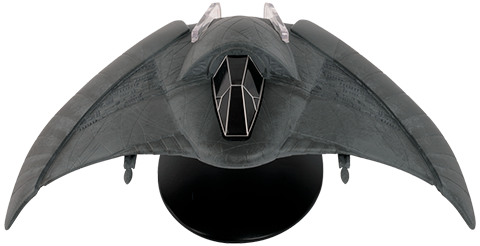 Unlock the universe! This screen-accurate collection of highly-detailed, hand-painted models will capture the most famous starships and vehicles from the beloved science-fiction franchise, Stargate. Spanning three TV series, Stargate tells the story of human explorers embarking on near-instantaneous travel across the cosmos to study new worlds, alien cultures, and advanced civilizations.

As the primary attack fighters of the powerful Goa’uld empire, Death Gliders have patrolled the Milky Way galaxy for thousands of years. Capable of both atmospheric and deep space flight, the sight and unique, terrifying sound of swarms of these ships has signaled planetary invasion and spread fear across the stars. The simple, strong crescent structure of the Death Glider contains a cockpit fit for two-a pilot and a gunner- although the ships are often flown by a single warrior. Each glider is equipped with an external loudspeaker to intimidate and control enemies of the empire, as well as more traditional weaponry in the shape of wing-mounted staff cannons.