Skip to main content
Looking for a special offer? 👍 Look no further! SHOP ALL DISCOUNTS
https://www.sideshow.com/collectibles/2278 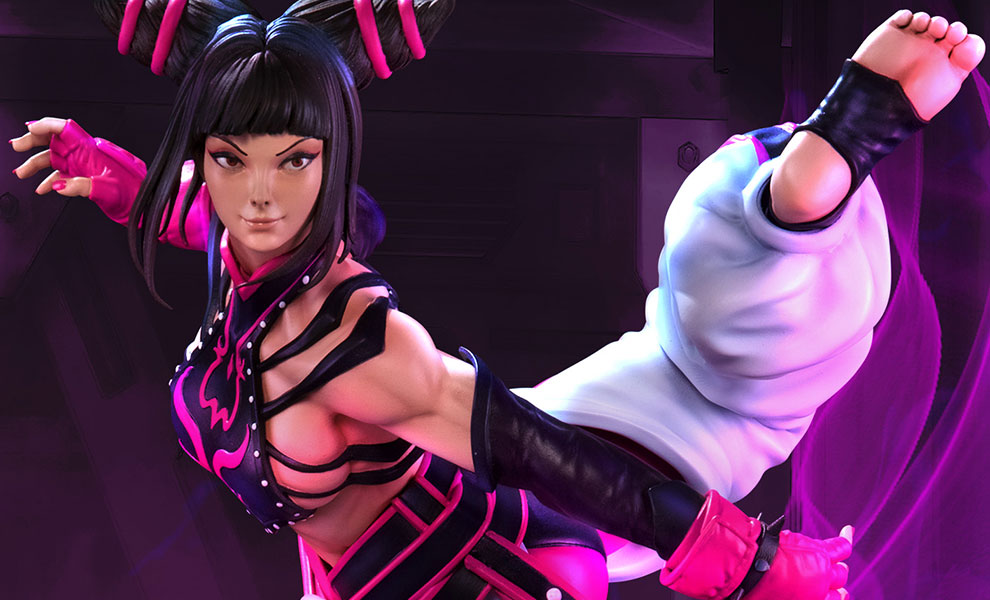 The first Korean fighter and Taekwondo practitioner in the main series, Juri Han’s explosive debut in Street Fighter IV made her an instant fan favorite, especially amongst competitive players who enjoy toying with their opponents. Like the character herself, in the hands of a tournament pro she is an offensive force, capable of shutting down challengers before they can even get started.

Poomsae trained since the age of 15, Juri was a formidable foe even before she had the “Feng Shui Engine” that amplifies her speed, power and ki implanted in her eye, but with it her brutality and sadism grew unrestrained. Unlike rivals that fight for glory or spiritual enlightenment, Juri fights simply because she loves the thrill; the joy she derives from inflicting pain on them but icing on the cake.

Despite her ruthlessness, Juri maintains her own moral compass, perverse though it may be. Like Sagat, her warrior code gives deference to anyone capable of giving her a great scrap, a sense of honor that separates her from the more traditional villains of the franchise. She is Street Fighter’s first female Anti-Hero. It’s first Anti-Heroine.

Dressed in her trademark hot pink dudou and striped dobok leggings, PCS Collectibles has recreated Juri’s sultry form down to the last detail, from the ribbons that fasten her hair into horns and studs on her belt, to the spiked bracelets on her wrists and wraps protecting her mani/pedi. The 8 straps on her torso barely seem to restrain her bodice against the forces of gravity, slithering across her shoulders and down her back to form her spider emblem, which has been incorporated into a resplendent pedestal base. Standing a whopping23” tall, she demands the spotlight, with a vibrancy that will make her pop out of any collection, a piece that makes itself known.