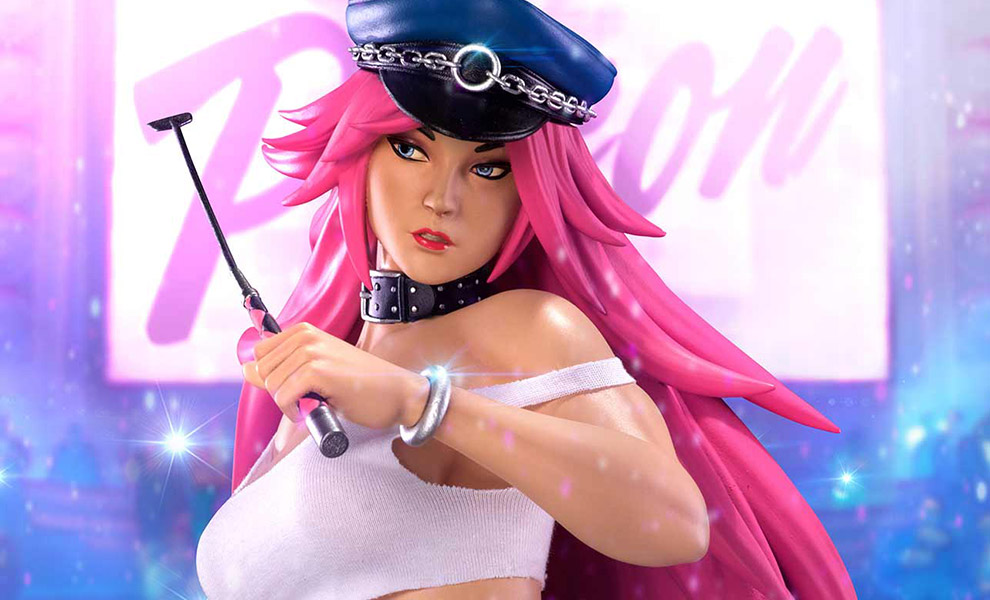 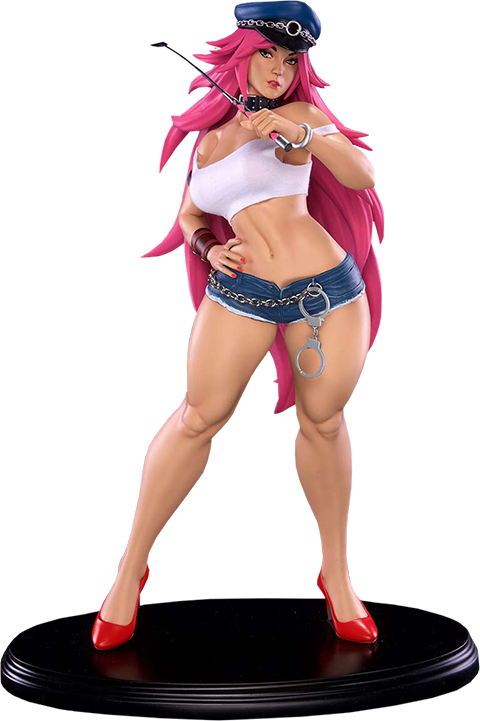 “Now, the show is ready to begin!"

With her bondage cap, studded choker, riding crop and handcuffs, Poison is not the most subtle of characters. Her exposed midriff, "Daisy Duke" shorts and trademark red high heels are not exactly practical for fighting, either. Poison’s M.O. is attracting attention, and at that, no other Capcom character comes close.

First appearing in Street Fighter’s cousin franchise, Final Fight, she would cameo in the background of Marvel Vs. Capcom 3 and other Street Fighter games before becoming playable in Street Fighter x Tekken. By then she had so intrigued fans that Capcom had no choice but to add her to the roster of an actual SF game, Ultra Street Fighter IV, where moves like her Poison Kiss made her insanely popular.

PCS is proud to present their most-requested “Wish List” character as she has never been seen before. The way she is meant to be seen.

Brought to life beginning with the actual in-game models, PCS have created the definitive Poison, faithfully recreating her accessories down to the last chain link and real fabric (stretched) crop top. Their bright colors will draw all eyes right to them, bursting out of any collection and making it coalesce with exuberance.  The Retail Edition of Poison features lustfully pursed lips and her trademark riding crop.

man this is an exquisite piece, you guys crank out like the best top of the line stuff. love sideshow, keep up the fantastic work guys. man, I wonder are you guys gonna make a hugo to go with poison, an I know fans who will love to see you guys get your hands on some Dragon Ball GT\Super. 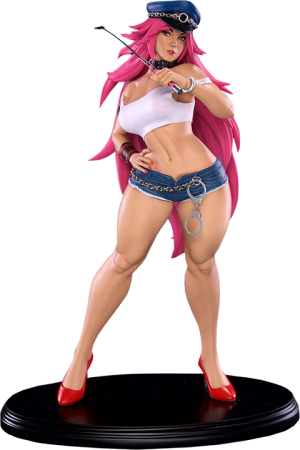