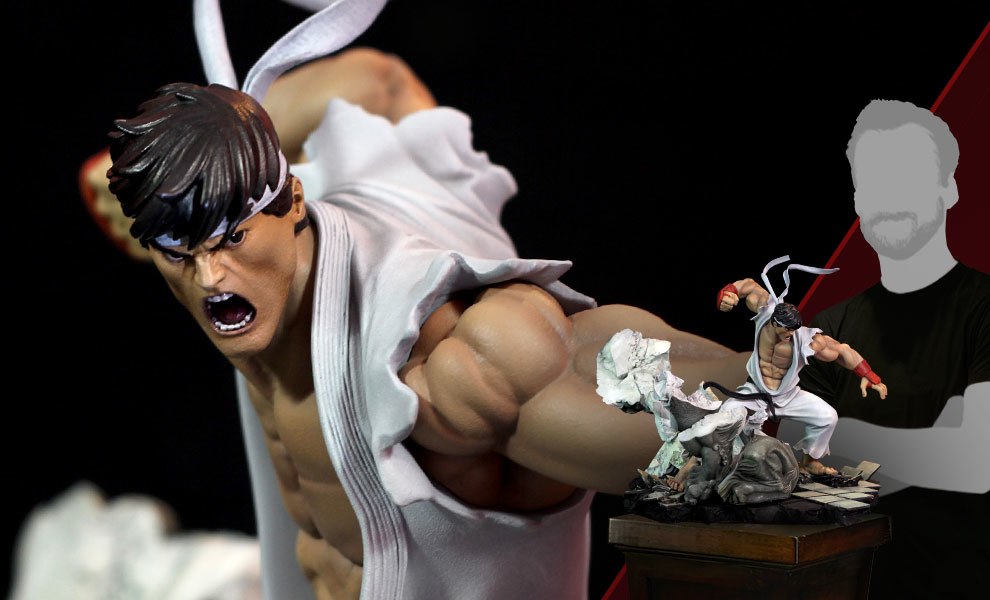 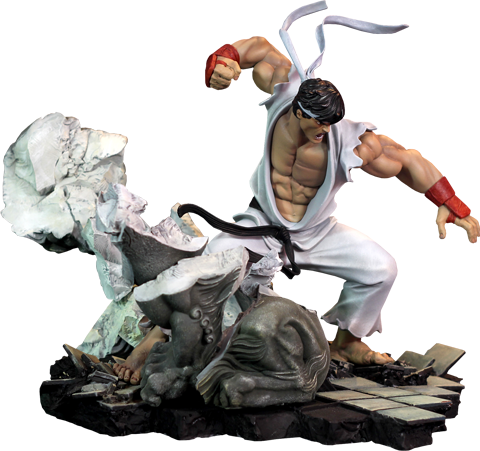 Ryu is a video game character and protagonist of the Street Fighter series, first appearing in the original Street Fighter. He is an experienced martial artist,
highly focused on his training, aiming to become the strongest he can. He is a silent,
humble, and respectful individual, which is often juxtaposed against the light-hearted, fiery persona of his childhood friend Ken. He wanders the world with the desire for complete mastery of his martial art and takes both his travels and training seriously.

The red headband Ryu wears was originally worn by Ken. Ryu gave his white headband to Sakura before getting his red headband.

This is a statue of Ryu that is part of the Battle of Brothers diorama series, which includes Ken, Gouken, and Gouki (Akuma) sold separately. This dynamic detailed diorama depicts Ryu about to do his signature move of Shoryuken as breaks through one of the temple guardian statues. The floor tiles at the base are engineered to allow connection to the other dioramas in this line. 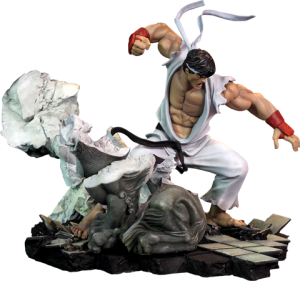