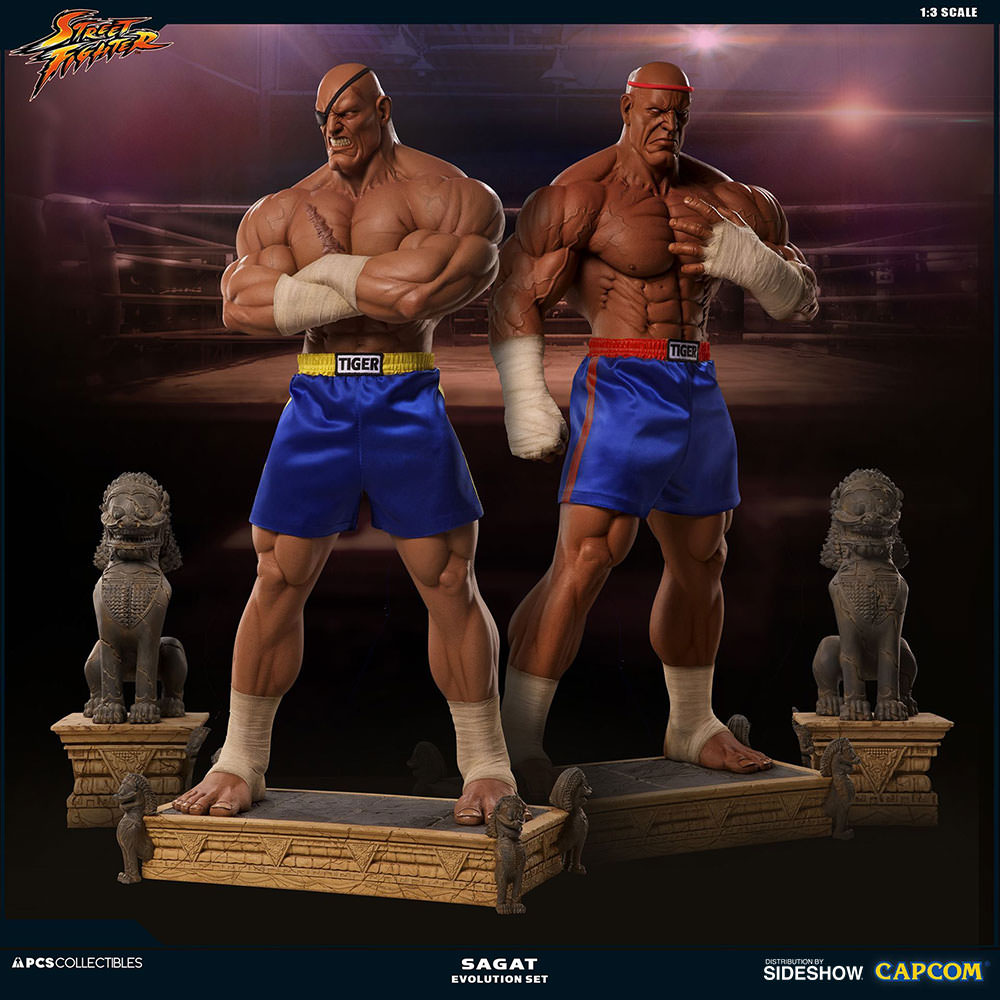 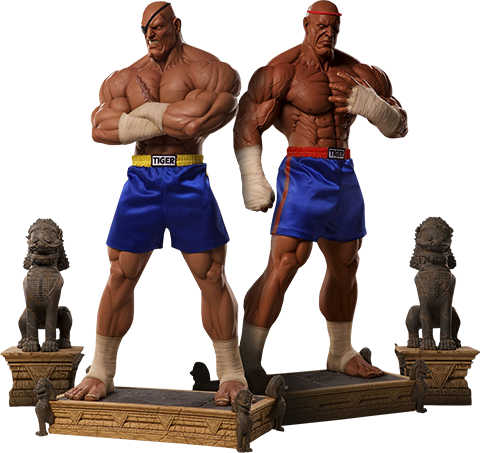 Sagat was the first boss many Street Fighter fans ever encountered, and he remains one of the most vicious competitors in the game. Defeated at the hands of Ryu in the very first Street Fighter video game, Sagat returned in Street Fighter II, scarred, but more determined than ever to prove himself as the ultimate martial artist!

He remains a mainstay of the series and is one of the most popular characters in the Street Fighter Universe. Pop Culture Shock is proud to present the Sagat (Evolution) Collectible Set of 2 Exclusives.

The Extremely limited Sagat 1:3 Evolution Set includes everything that comes with the (Emperor of Muay Thai) and (Victory) Exclusives as well at the Thai Guardian Statues.

This set is limited to only 75 pieces worldwide! 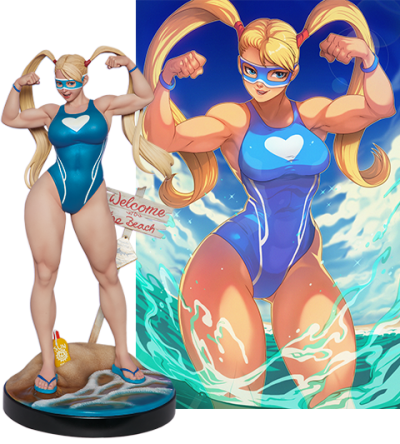 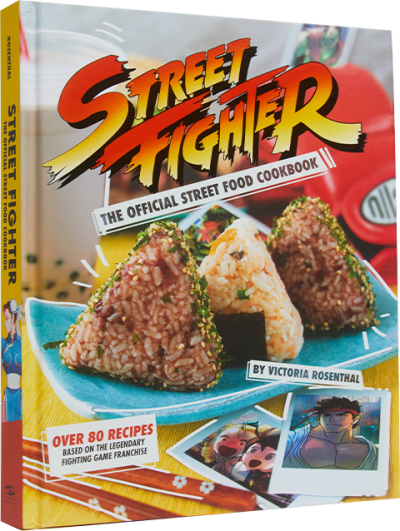 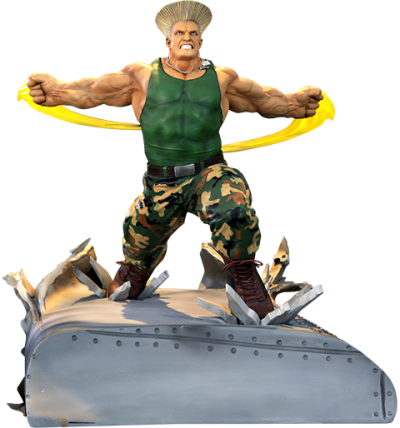 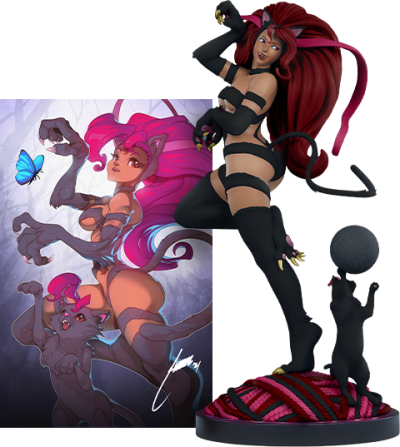