Up to 50% OFF favorites from the 🎦 Big Screen!
https://www.sideshow.com/collectibles/teenage-mutant-ninja-turtles-krang-iron-studios-911999
1 / 21 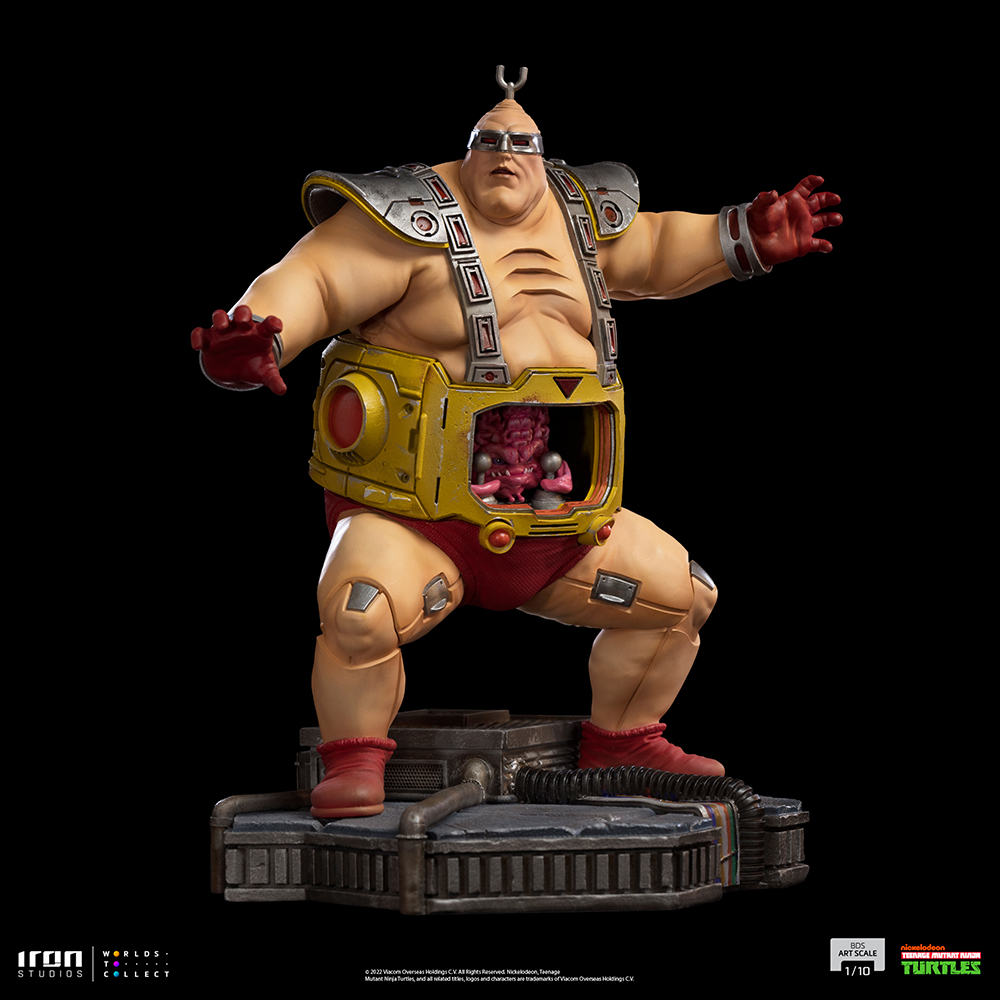 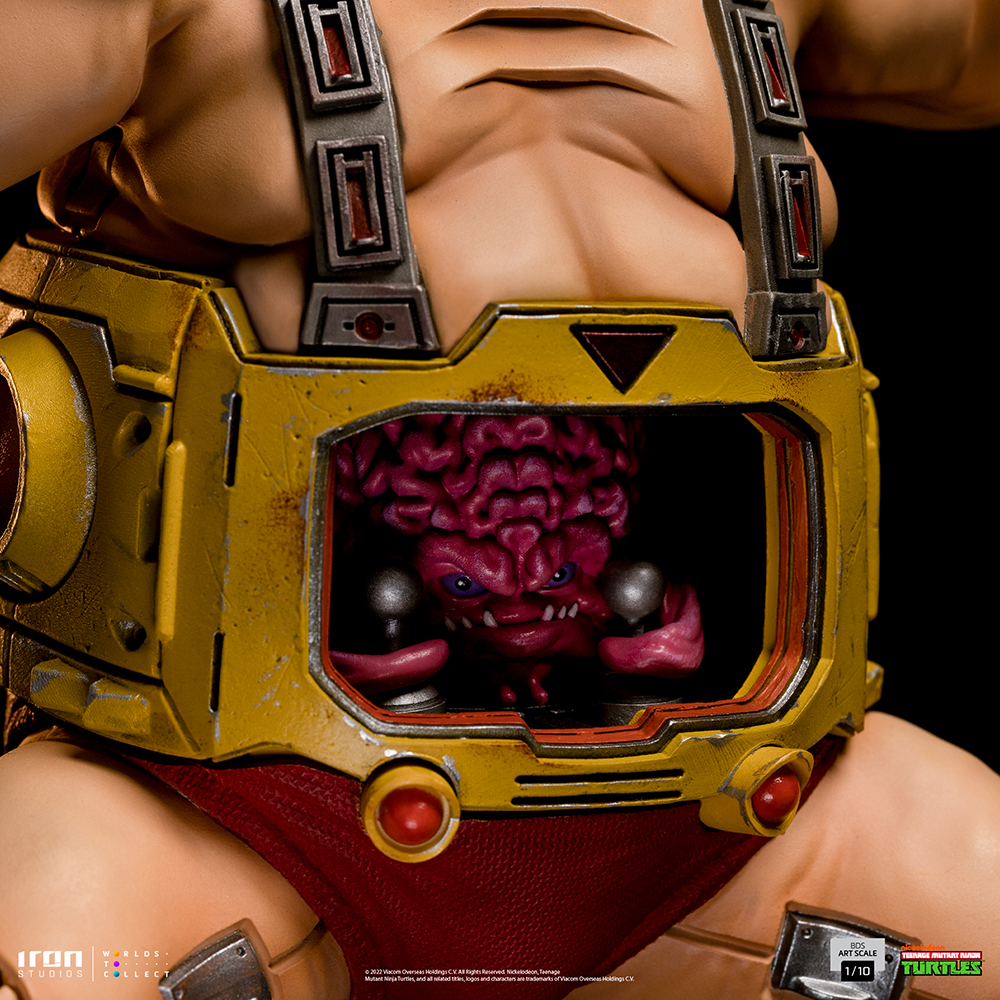 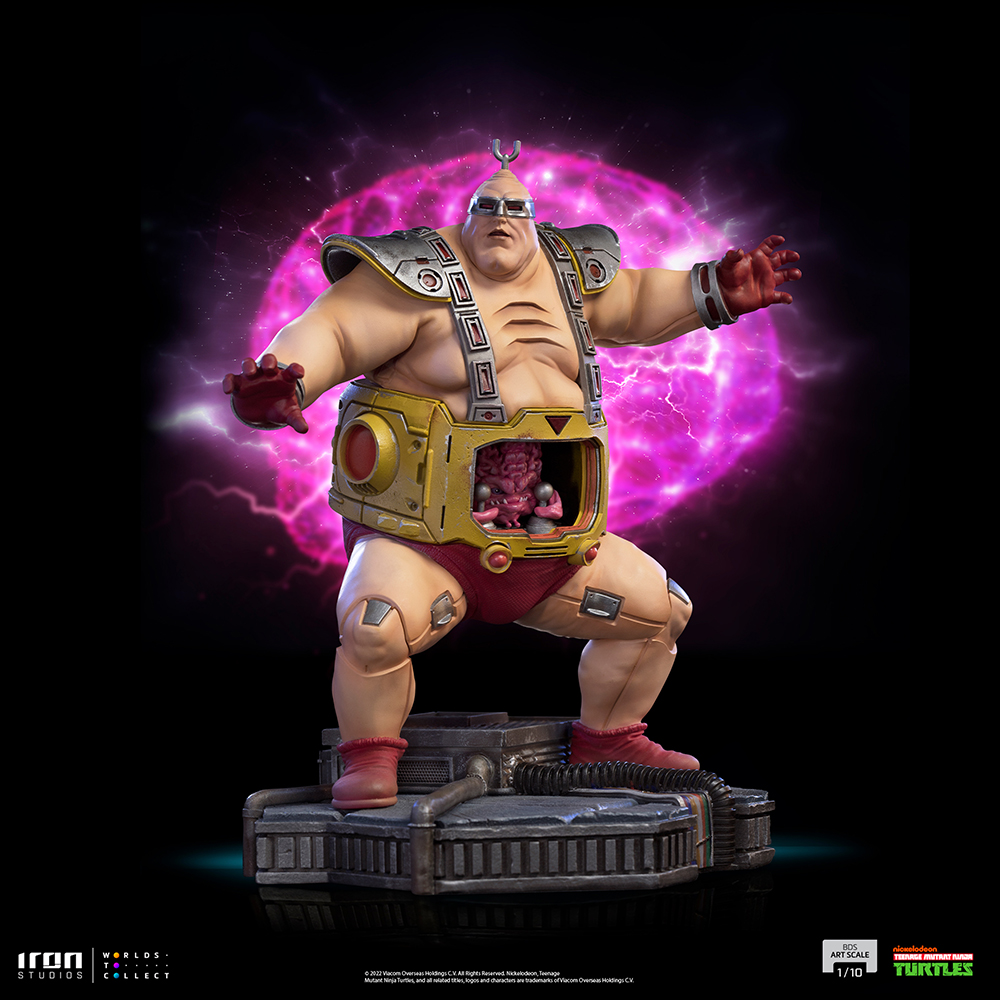 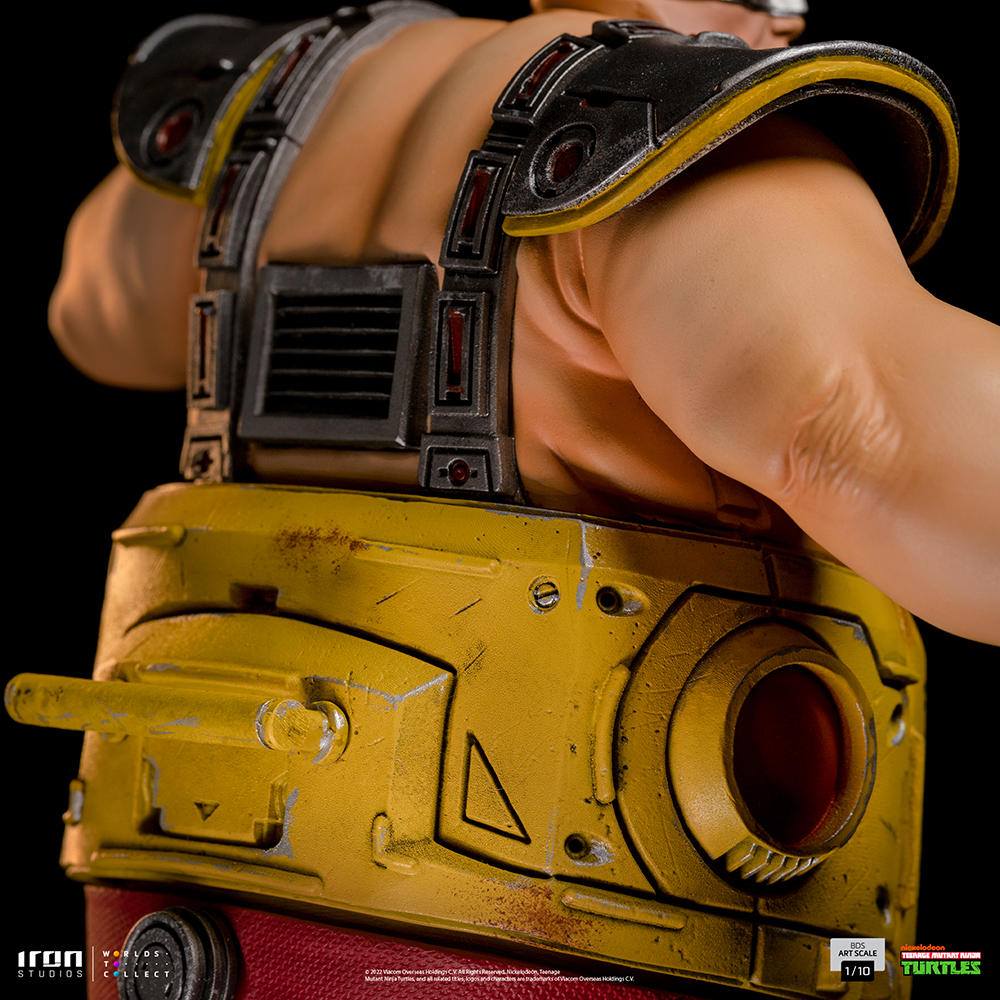 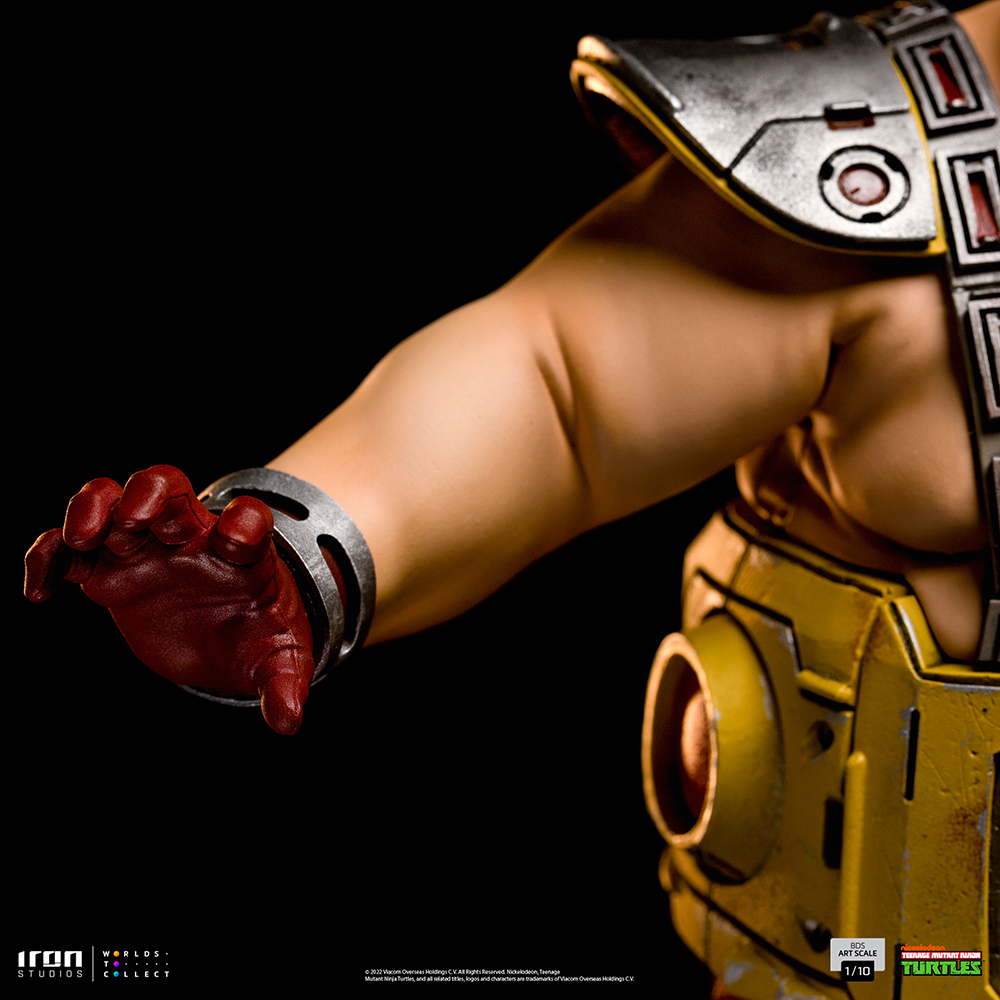 Ready for combat, a sturdy and heavy figure with humanoid features follows the commands of its grotesque pilot just like a puppet, each one of its movements is determined by the mind of an alien warlord that uses it as his physical form and vehicle. A bizarre creature in the shape of a pink brain with eyes, a mouth, and small arms settle in a command zone inside the abdomen of the android body of the robust figure.

Unmistakable and intimidating, Sideshow and Iron Studios present the statue Krang 1:10 Art Scale Statue, one of the most dangerous antagonist enemies of the Teenage Mutant Ninja Turtles, with its bulky robotic body that brings a pair of interchangeable hands in the shape of a claw and a morning star. An alien native from a parallel world from the so-called Dimension X where he was a powerful dictator, Krang is a conqueror from a race named Utrom.

Stripped from his body and reduced to a form similar to a brain, Krang was banished from his original dimension along with his operative fortress called Technodrome and exiled to Earth where he allied himself with Oroku Saki, also known as Shredder, the archenemy of the Ninja Turtles, whom he began to provide with extraterrestrial technology in the form of a robotic army of infantry soldiers. With Shredder’s help, Krang was capable of building a huge and powerful android body equipped with a molecular amplifier unity that allows him to expand his size even further, and many weaponed arms that can be exchanged during a fight.

With the purpose of conquering Earth, and being gifted with an undeniable genius intelligence, his megalomania and arrogance are actually an attempt to hide his low self-esteem clear by his behavior after getting his new body. Krang is eccentric, sadistic, grumpy, artful, and gullible, and does not share Shredder’s obsession with the Turtles and their master Splinter. While Shredder sees them as mortal enemies, Krang sees them more as an annoyance to be eliminated in case they interfere with his plans, but Shredder’s obsession and impulsiveness based on honor, ruin his plans most of the time.

Presented in detail over a pedestal of a rustic floor with a crate, pipes, and electrical wires of a sewer passage from the sewers of New York City, this Krang collectible adds to the composition of a diorama set to any Teenage Mutant Ninja Turtles collectibles display. Be sure to order your own today! 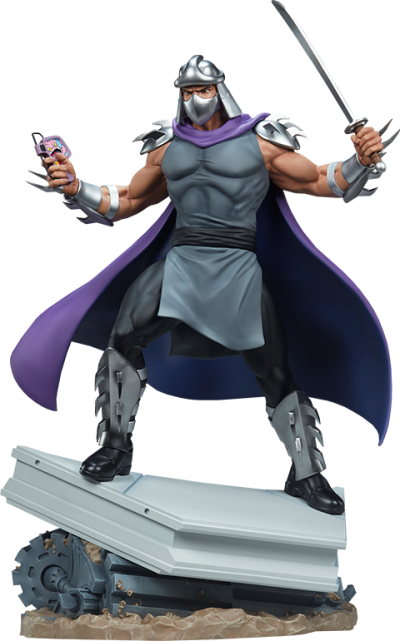 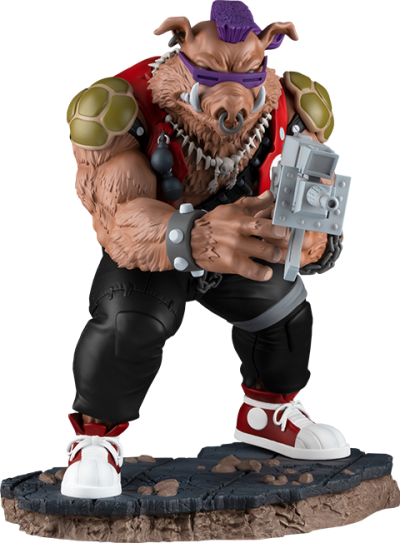 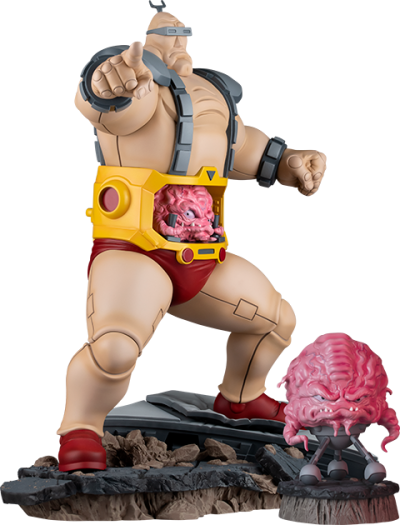 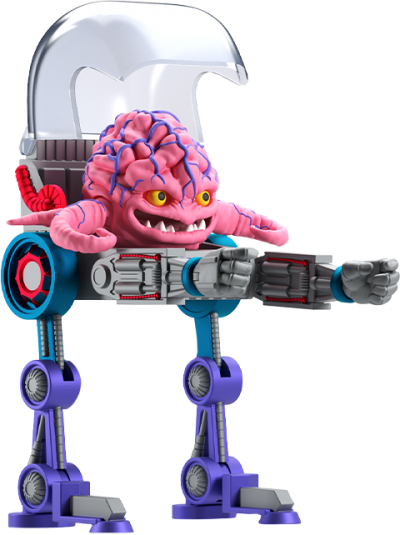 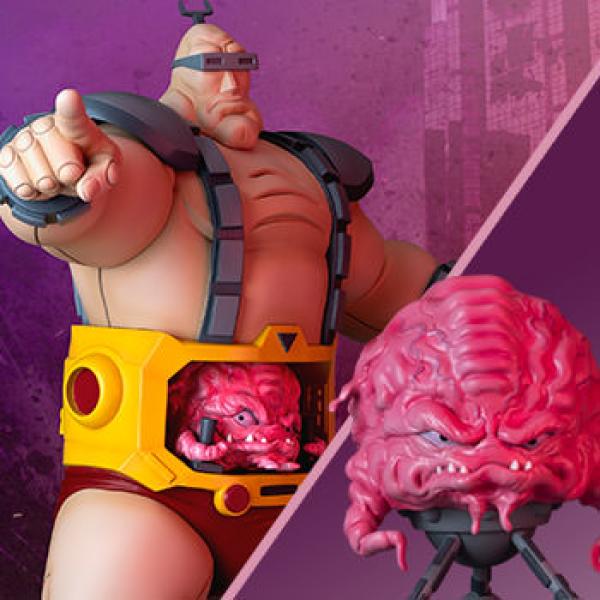 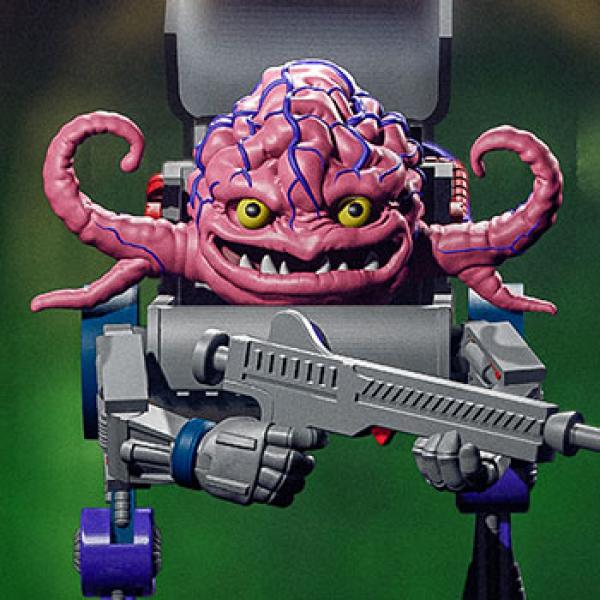 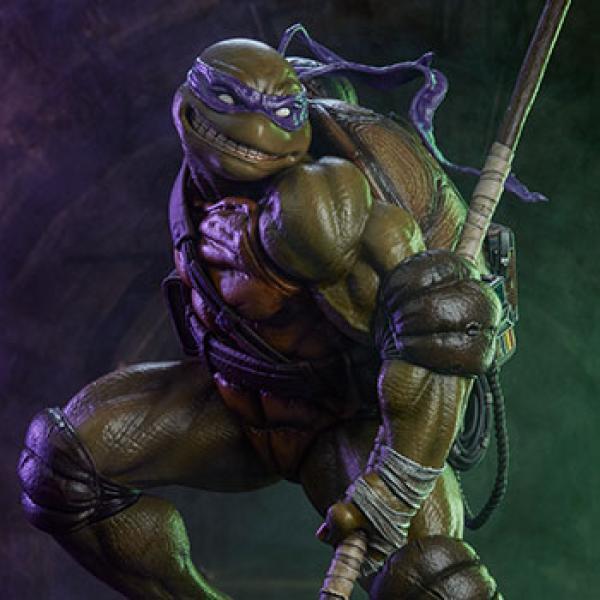