Skip to main content
The Celebration starts now! 🪐 Save Up to 20% on Star Wars items!
https://www.sideshow.com/collectibles/9305 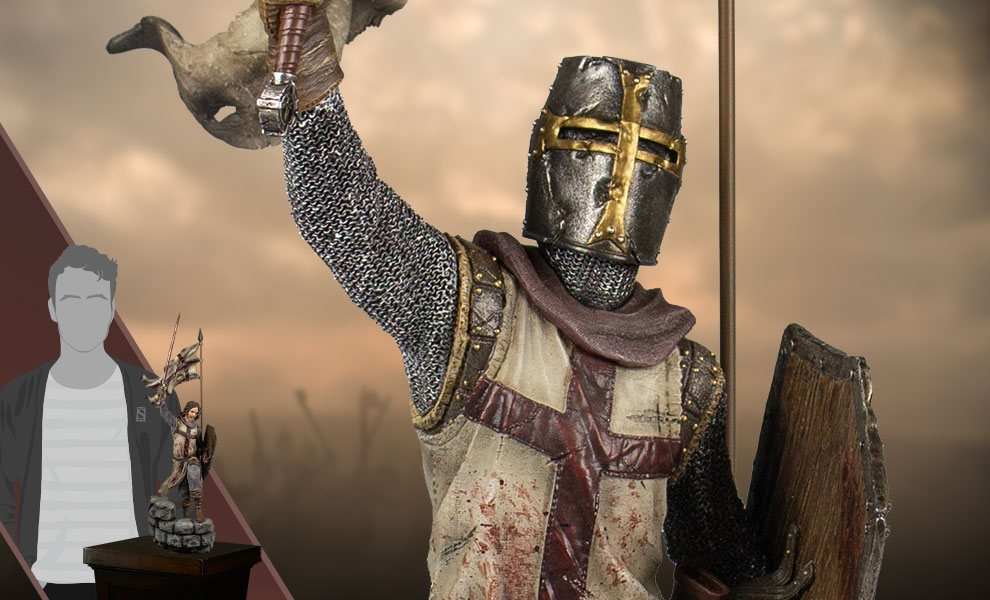 "Did you think we would lay down and not stand our ground? Your blood on our swords and shields tell a different story! In death, as in life, we will always stand our ground!"

Shortly after the First Crusade, the “Poor Knights of the Temple of King Solomon” were born. Better known as the Knights Templar or Templar Knights, their job was to protect pilgrims on their way across Europe to visit the recently conquered regions of the Holy Land. These men fought with a determination and bravery like no other. They followed a strict rule of conduct derived from the Benedictine Rules wearing to a life of poverty, chastity, obedience and renouncing the material world around them. Theirs was a life of servitude and honor. Even the Catholic Church supported and endorsed their works.

Dressed in white habits with a large, flaming red cross, the Knights Templar struck terror in those whom they met upon the battlefield. These were fierce warriors, trained, conditioned, and well-funded. They ruled any battlefield that they stepped onto and defended their posts until the last man. They were unmatched on the battlefields and in the world, acquiring massive amounts of wealth, land, and other property during their campaigns. Sworn to a life of poverty, the Knights began using their newly acquired wealth to help others. Unfortunately, the ruling parties did not see this as aide but rather a tactic to gain power over the people. The Templar Knights were eventually betrayed and imprisoned by the very people they had sworn to protect.

Imprisoned, tortured, and killed by the thousands, the Knights Templar were thought to have gone extinct over 700 years ago. However, the fire that burned in the hearts of these warriors would not be so easily extinguished.

This 1:6 scale statue represents the eternal flame of the warriors known as the Templar Knights. Standing atop the bastion of a Templar keep, this knight proclaims victory over all of those who dare oppose him. Digitally sculpted and 3D printed, every detail is expertly represented on this statue. From the finely crafted armor of individual chain links to the stitching of the cross on his habit.

For even more display possibilities, the head is switchable. It includes a head helmed with a great helm or heaume that incorporates a brass cross on the front across the eyes and bridge of the nose. An un-helmed head shouting his victory. And of course, the head of a warrior returned after 700 years in the grave. Each makes for a very impressive display and can be easily swapped out whenever you like.