Skip to main content
Looking for a special offer? 👍 Look no further! SHOP ALL DISCOUNTS
https://www.sideshow.com/collectibles/3019 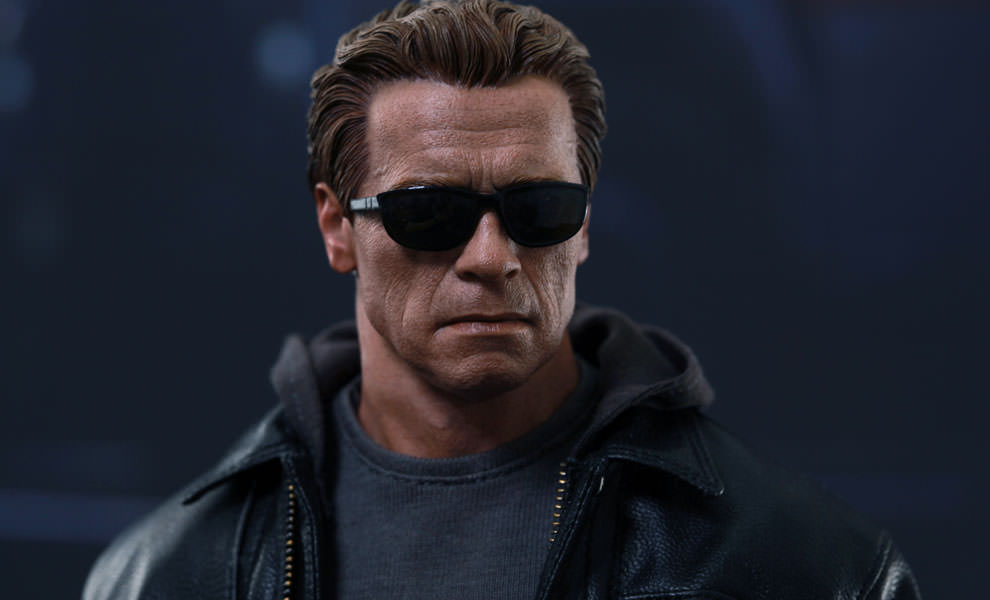 He is back. Arnold Schwarzenegger returns to the big screen again as the iconic Terminator in Terminator Genisys.

In the newest installment of the Terminator series, when John Connor, leader of the human resistance against Skynet, sends Kyle Reese back to 1984 to protect his mother, Sarah Connor, from a Terminator assassin, an unexpected turn of events creates an altered timeline. Instead of a scared waitress, Sarah is a skilled fighter and has a Terminator Guardian by her side. Faced with unlikely allies and dangerous new enemies, Reese sets out on an unexpected new mission to reset the future.

To celebrate the launch of this film, Sideshow Collectibles and Hot Toys are pleased to present the T-800 Guardian Sixth Scale Figure from Terminator Genisys.

The T-800 Guardian collectible is specially crafted based on the image of Arnold Schwarzenegger from the movie and features two newly developed head sculpts, a leather-like jacket licensed by Matchless, the oldest British brand of motorcycles and clothing, a detailed weapon, and an LED light-up figure base.

Terminator fans, don't pass up the opportunity to add this new T-800 Guardian to your collection!