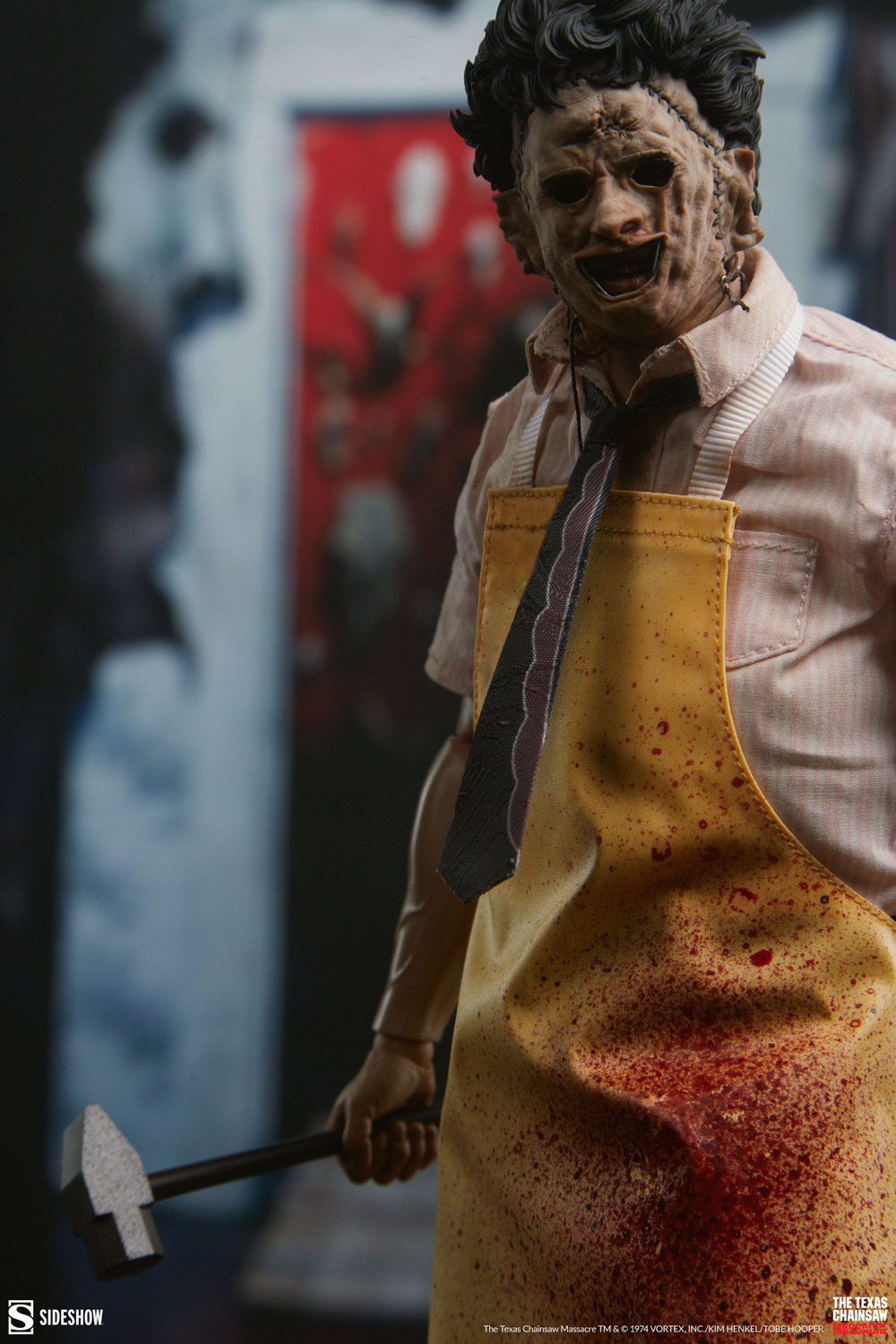 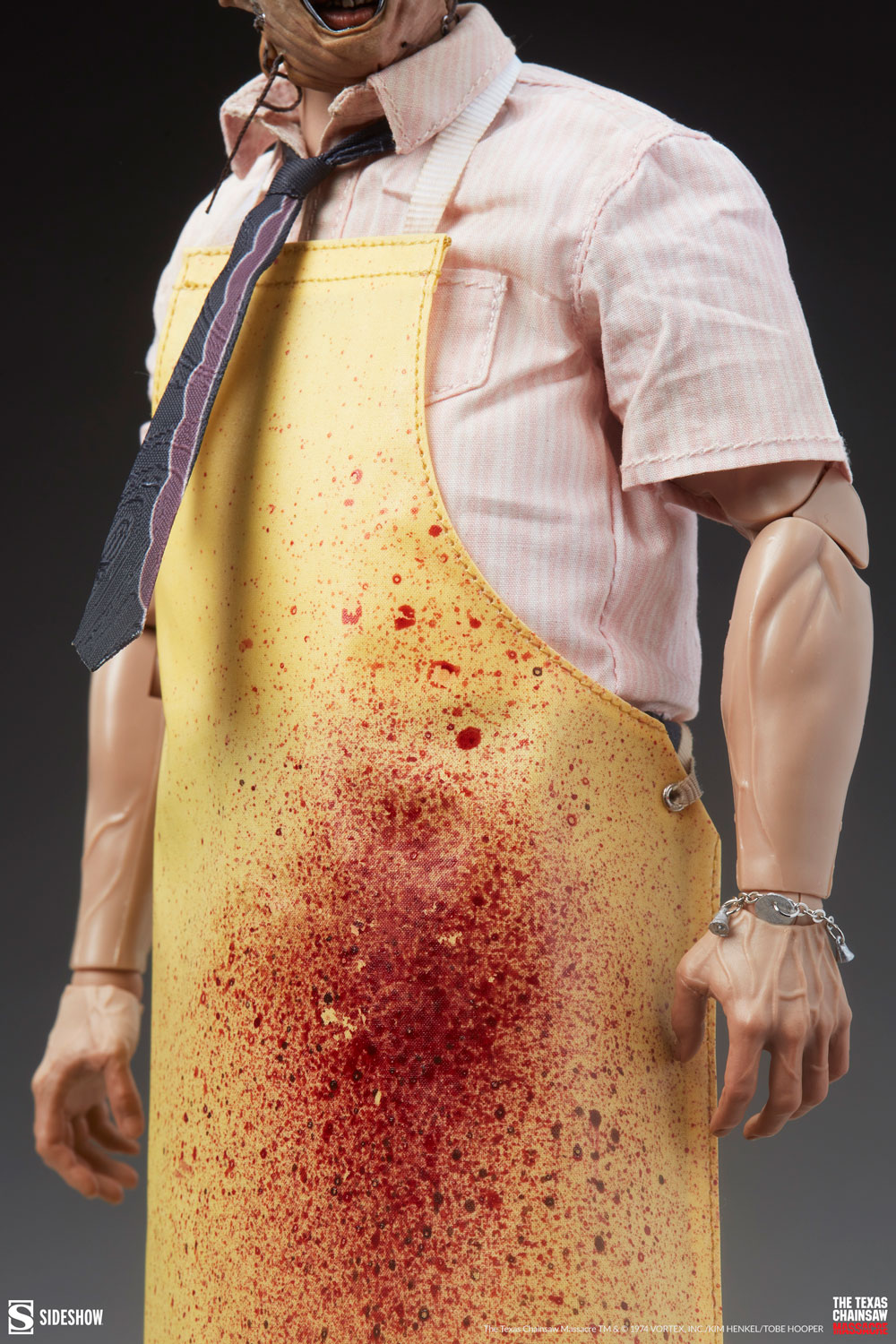 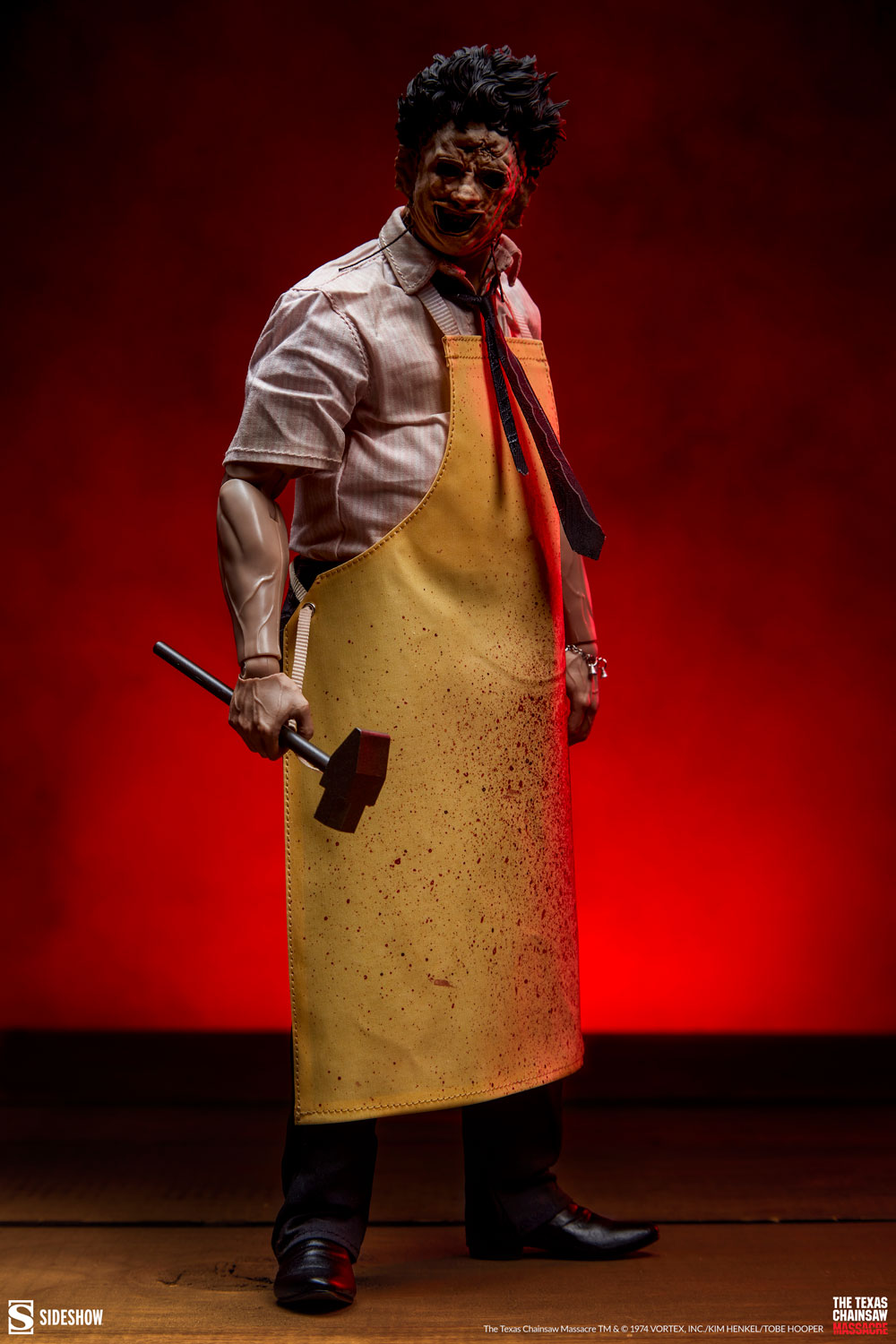 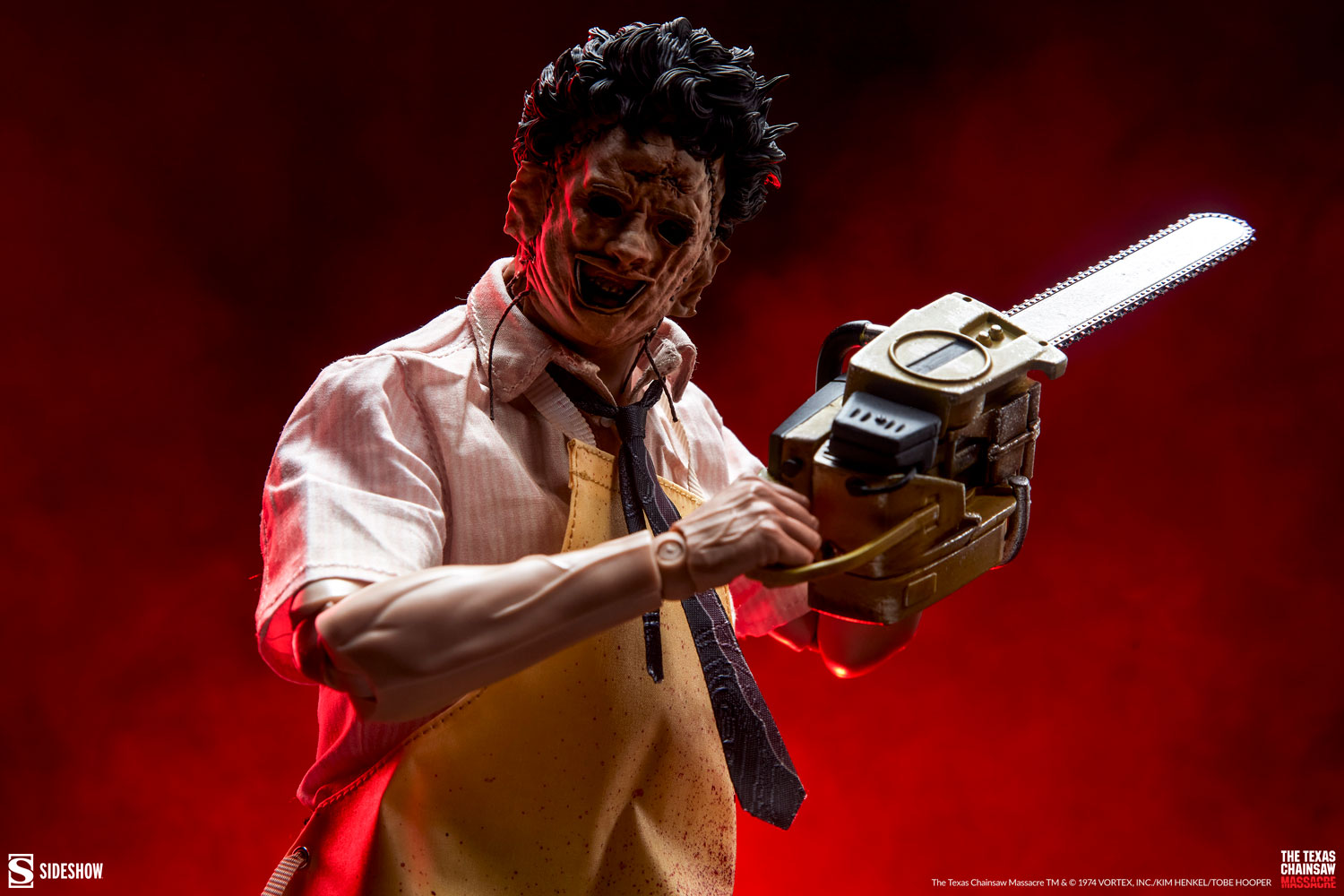 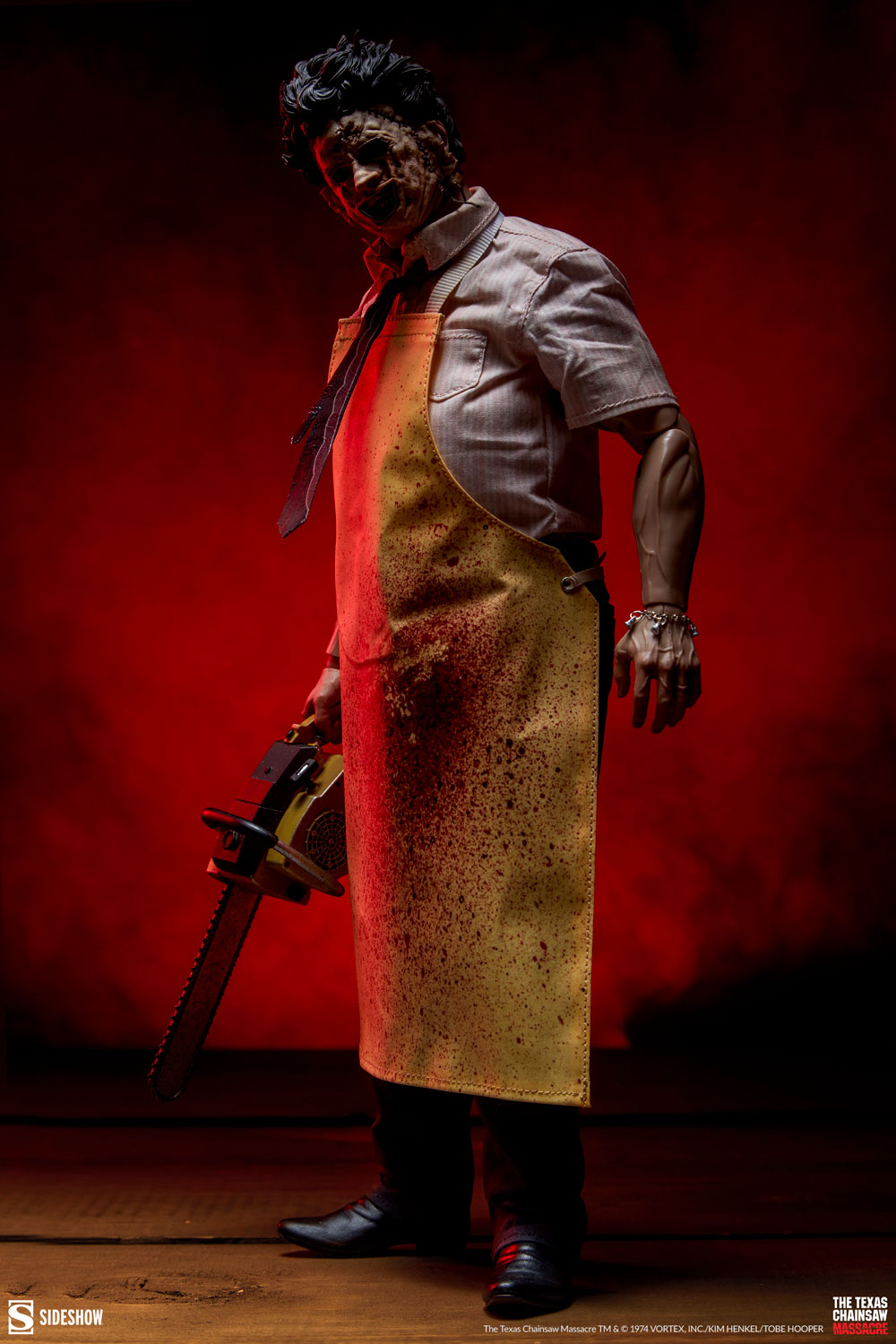 “My family’s always been in meat.”

Sideshow presents the Leatherface (Killing Mask) Sixth Scale Figure, an articulated horror figure that will make a killer addition to any collection.

Inspired by his iconic appearance in The Texas Chainsaw Massacre (1974), the Leatherface (Killing Mask) Sixth Scale Figure features a tailored fabric costume consisting of a collared shirt, black pants, a patterned necktie, and a bloodied yellow butcher’s apron in addition to his sculpted black boots. A padded undersuit fills out the killer cannibal’s intimidating silhouette. Leatherface’s namesake portrait is unsettlingly detailed with sallow coloration on the false skin exterior, wild hair atop the head, and disturbing stitched elements all sculpted to capture his haunting appearance.

The Leatherface (Killing Mask) Sixth Scale Figure includes several accessories and alternate sets of hands for switching up the slaughter in your collection. Bubba Sawyer comes with his signature chainsaw and a mallet, ideal for chasing intruders off the family property, and four pairs of left and right hands — fists, neutral hands, grip hands, and gesture hands — for interacting with his tools of the trade. A charm bracelet accent for the figure’s wrist completes his frightening look.

Get ready to "meat" your match — add the Leatherface (Killing Mask) Sixth Scale Figure to your shelf of horror icons today! 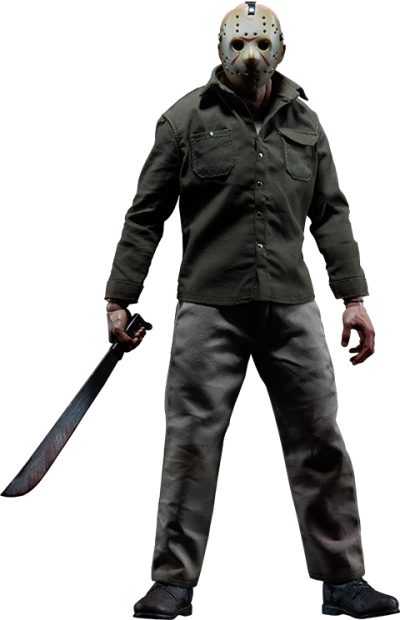 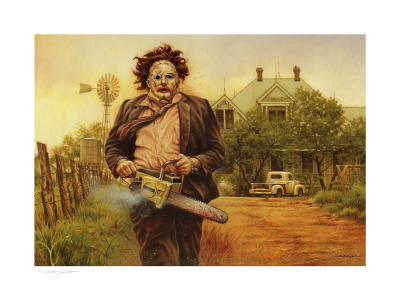 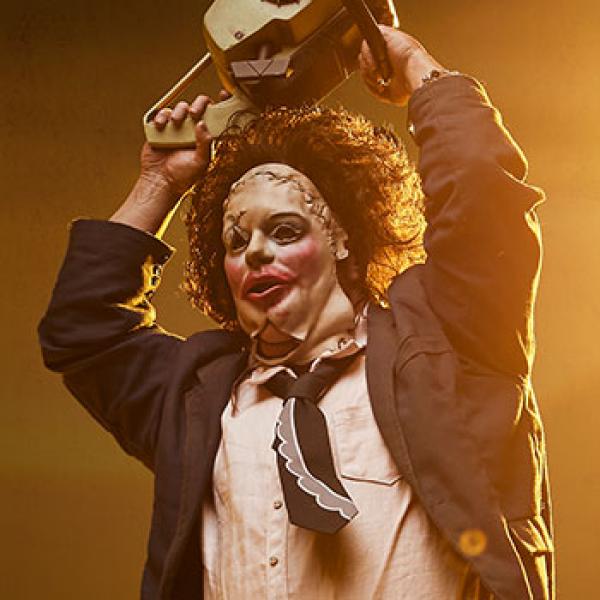 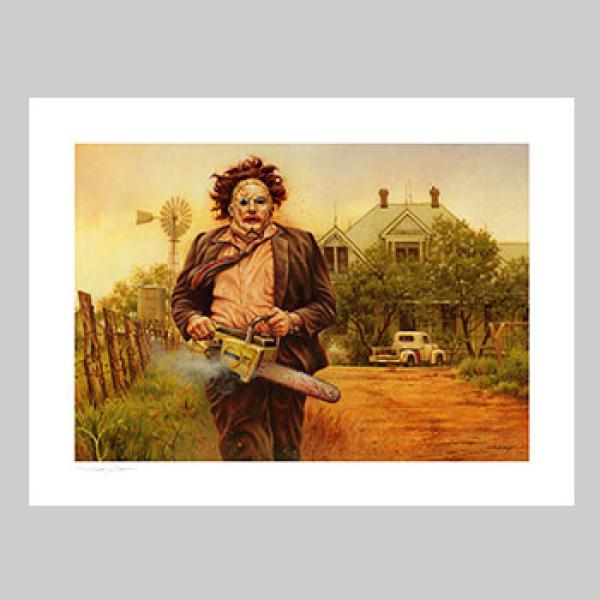 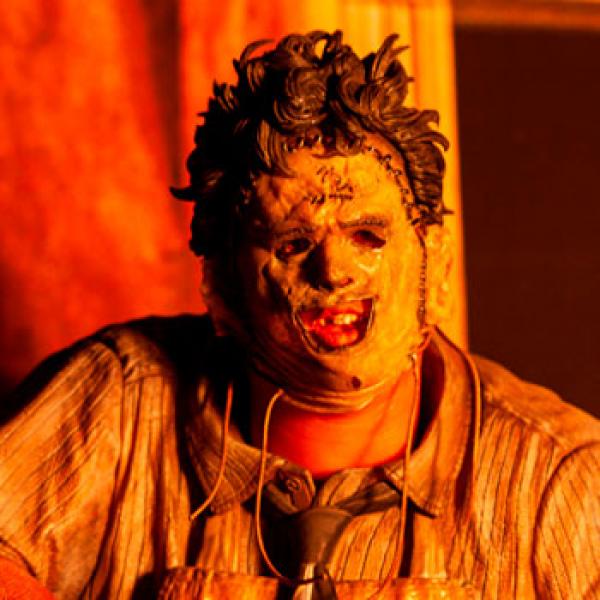 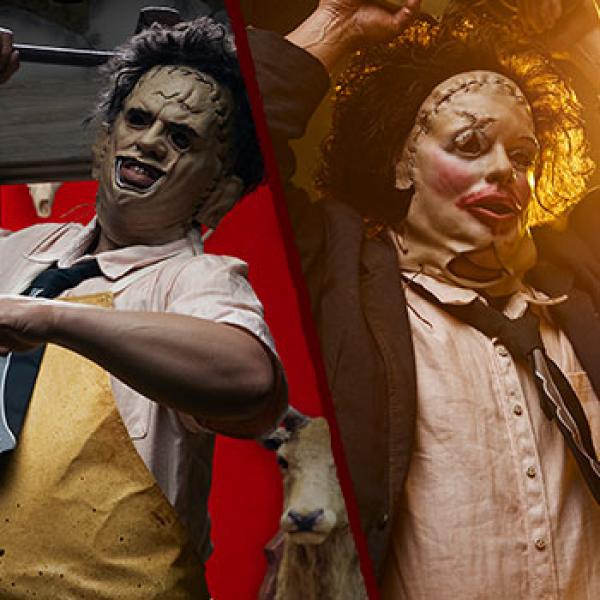