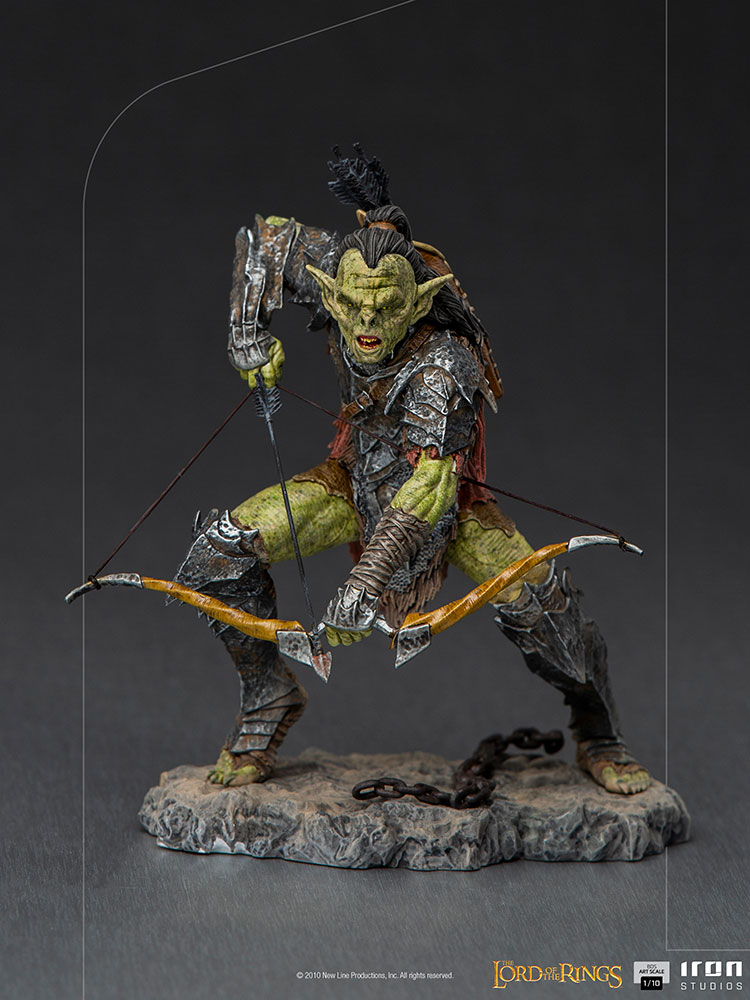 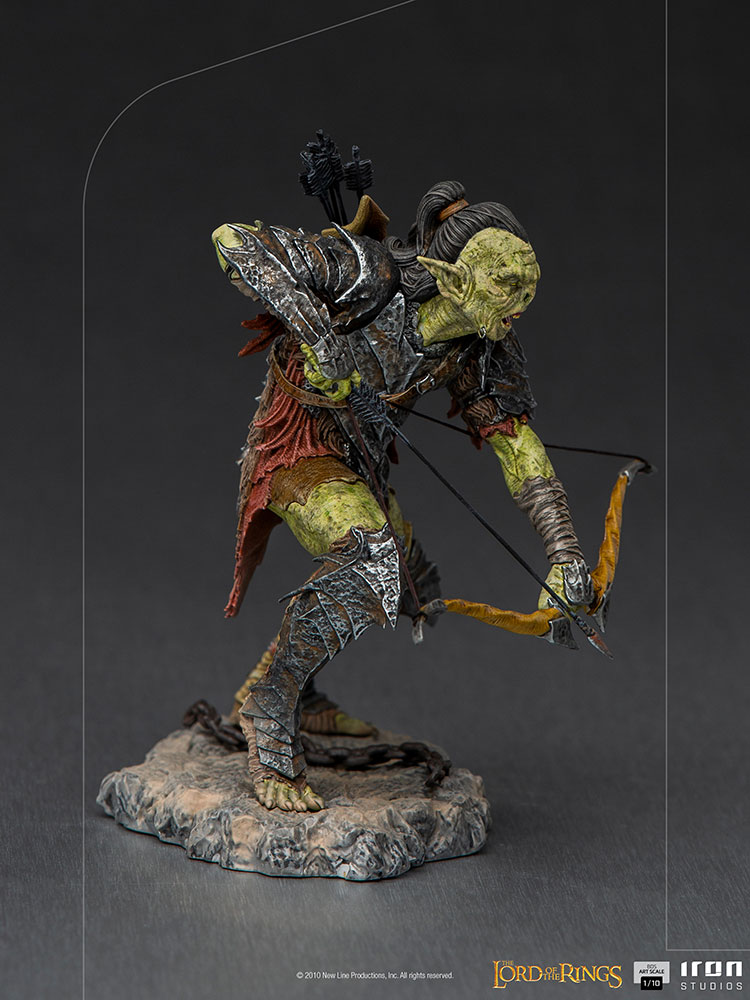 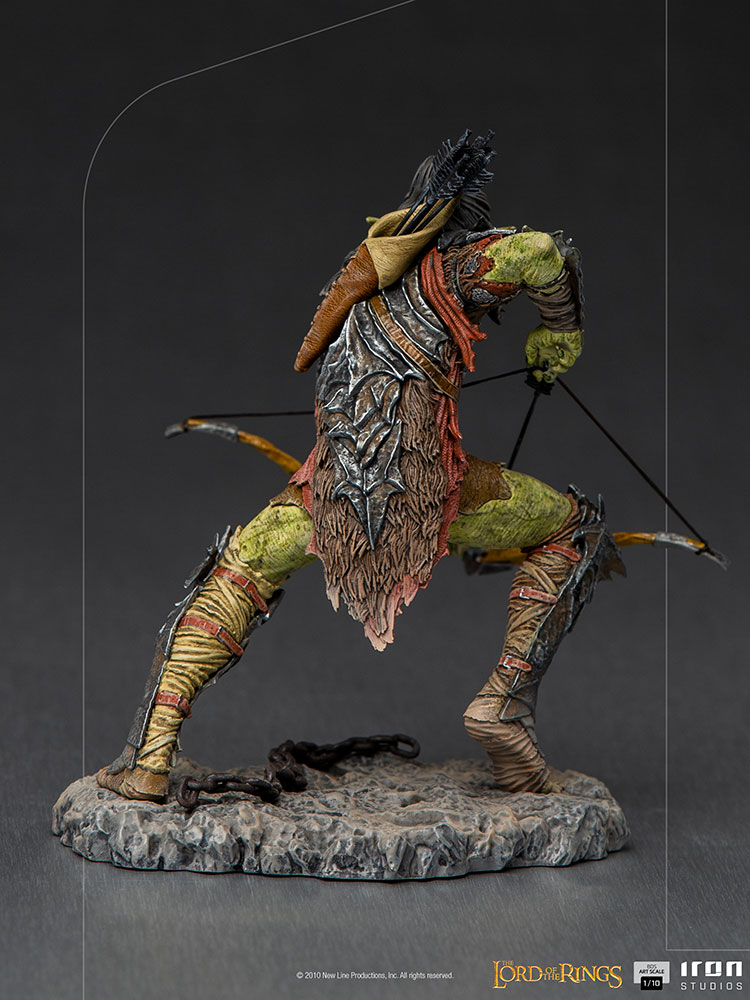 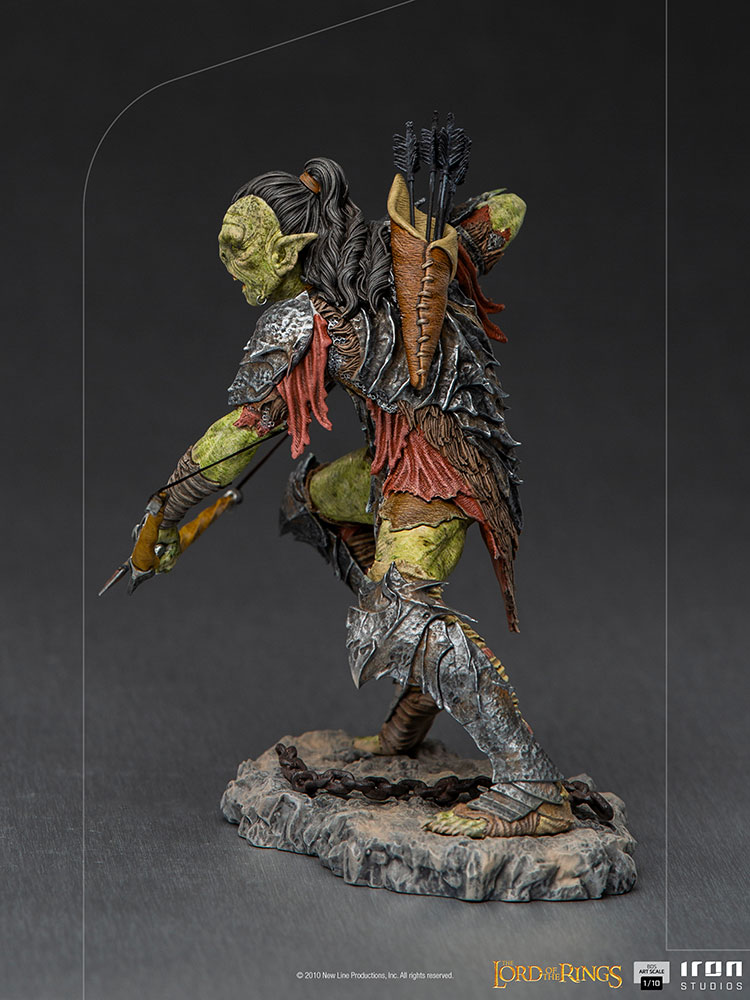 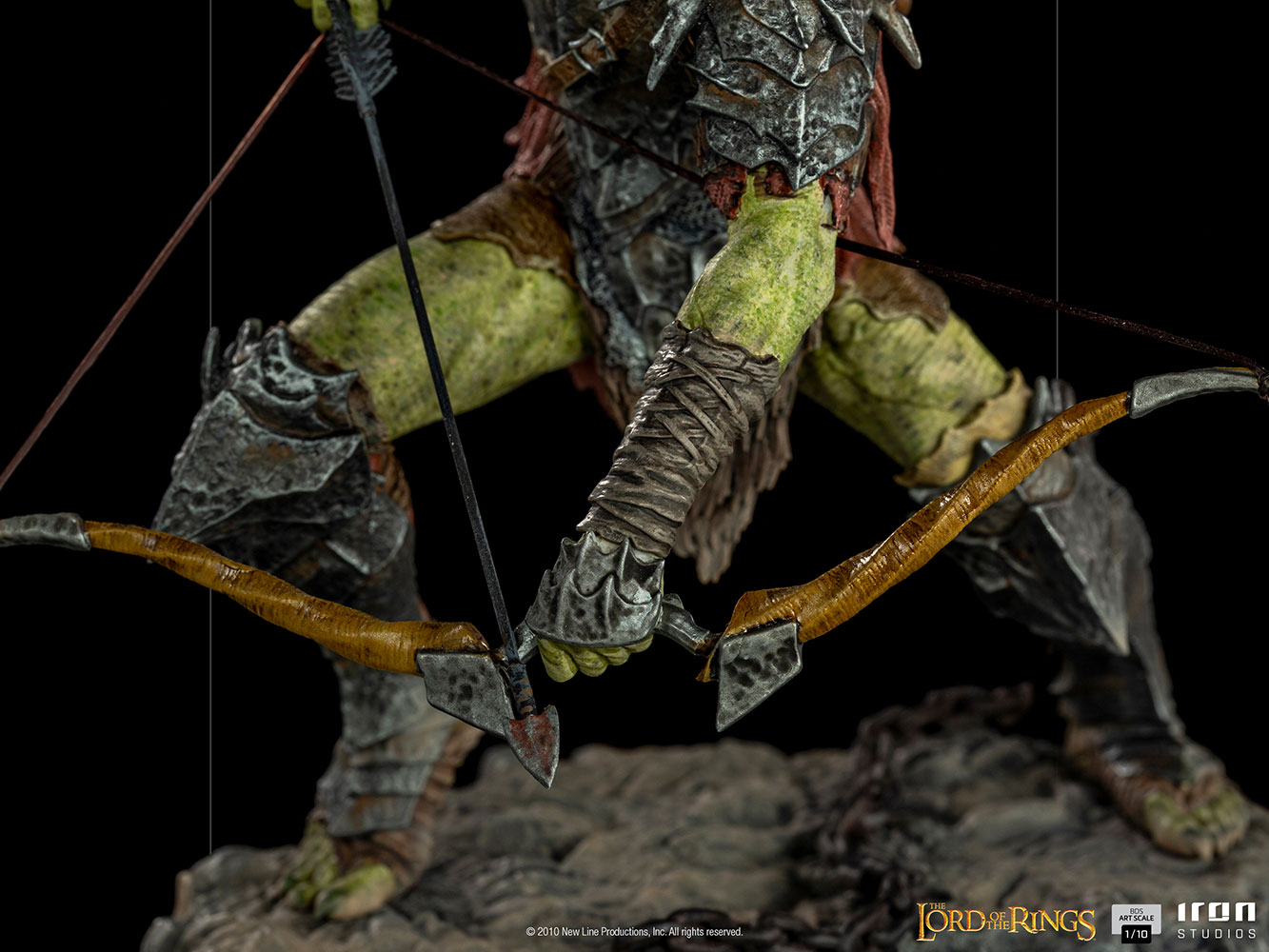 The Evil Forces of Moria by Iron Studios!

In the past, they were once Elves. Tortured and mutilated by the evil powers of Morgoth, the first dark lord of Middle-earth, they were transformed into a new grotesque form of life, the Orcs. Stretching his bow to shoot his poison-tipped arrow, the monstrous being with greenish skin, long pointed ears, and serrated teeth prepares his attack, ready to do anything to defend his territory. Beside him, on top of a tomb that houses the skeleton of a former Dwarf Lord, another of his brothers in arms is also prepared to attack, protected by rustic armor and wielding his spear and shield. And joining forces with the two, another relentless Orc wielding a sword joins the pursuit of the Fellowship of the Ring through Moria. In this way, Iron Studios presents the statues "Archer Orc, Armored Orc and Swordsman Orc BDS - Lord of the Rings - Art Scale 1:10 - Iron Studios".

In The Fellowship of the Ring, the first movie in Peter Jackson's trilogy The Lord of the Rings, the heroes are heading to Mount Doom in Mordor, a region dominated by Sauron's evil, on a mission to destroy the "One Ring". On their journey, they cross the Mines of Moria, a vast network of tunnels, chambers, and halls built below the Misty Mountains, which in the past was home to the race of Dwarves, and is now completely dominated by Orcs. Upon reaching Balin's Tomb, a white marbel mausoleum to the old dwarf leader, the Hobbit Pippin drops a bucket into the crevices of a well, awakening a group of Orcs, who attack the cornered group.

Iron Studios replicates in detail the battle scenario described above in a diorama designed with attention to every detail, which will bring members of The Fellowship of the Ring against the Orcs and the monstrous Cave Troll, in one of the most striking action moments of the first movies of the trilogy, based on the iconic literary work by JRR Tolkien. Available separately, join the three Orcs in your collection next to the Cave Troll Deluxe statue from Iron Studios to compose the forces of evil in Moria.