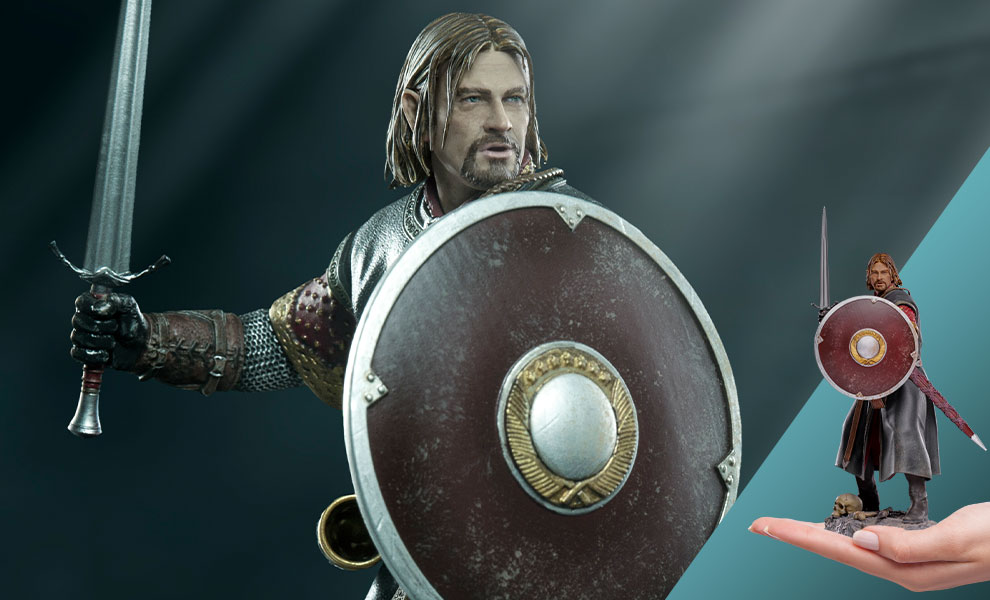 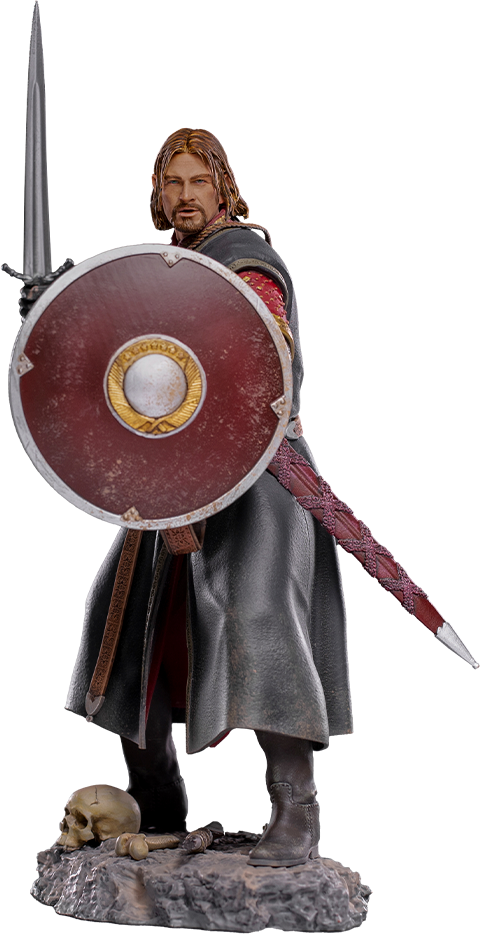 "The ground shakes...drums. Drums in the deep ..." an account of the past, read by wizard Gandalf, which is recorded in an old book taken from the hands of a Dwarf lord, fallen in combat at the Tomb of Balin. That moment happens once again when a horde of Orcs approaches to attack the heroes of the Society of the Ring and the warrior of Gondor. When he locks the gates of the mausoleum, he warns: "They have a Cave Troll!"

Faithful to the smallest details of the costume, characteristics, and physiognomy of actor Sean Bean, Iron Studios presents its statue of the warrior prince Boromir - BDS - Lord of the Rings - Art Scale 1:10 - Iron Studios, where the brave hero holds his circular shield firmly against his chest, while he wields his broad sword with his right hand, firm and focused for combat, carrying the Horn of Gondor, the symbol of his people and heritage of a line of Kings. This Lord of the Rings statue comes with a base representing the petrified ground of Minas Moria, with the remains of bones and weapons of Dwarf warriors, who are lying at his feet.

Known for his greatness and courage, Boromir is the eldest son of King Denethor II, Regent of the kingdom of Gondor. He joined the Fellowship of the Ring and was warned by Elf Elrond not to blow the Horn of Gondor until they were close to Gondor, and only in dire need. He proved his worth as a warrior in Minas Moria when he and the other members of the Fellowship of the Ring were cornered at Balin's Tomb and faced the attack of the Orcs. This piece is part of a diorama inspired by this emblematic moment presented in the movie The Lord of the Rings: The Fellowship of the Ring, which Iron Studios adds to its collection inspired by the immortal literary work that was created by J. R. R. Tolkien, and masterfully adapted in theaters by Peter Jackson in 2002.