Skip to main content
Let the Celebration continue! 🤩 Save Up to 20% on our best Star Wars items!
https://www.sideshow.com/collectibles/16888 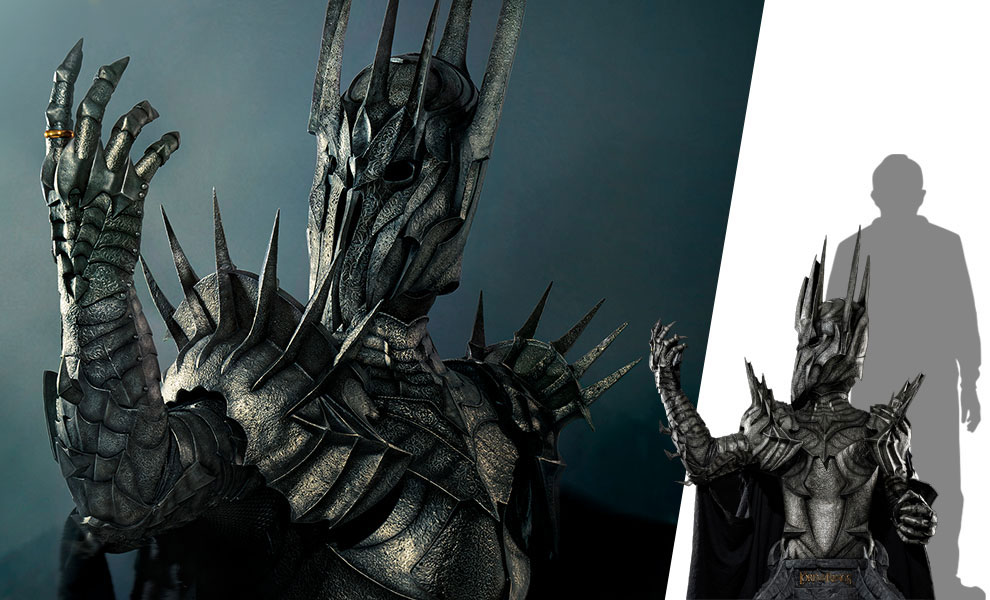 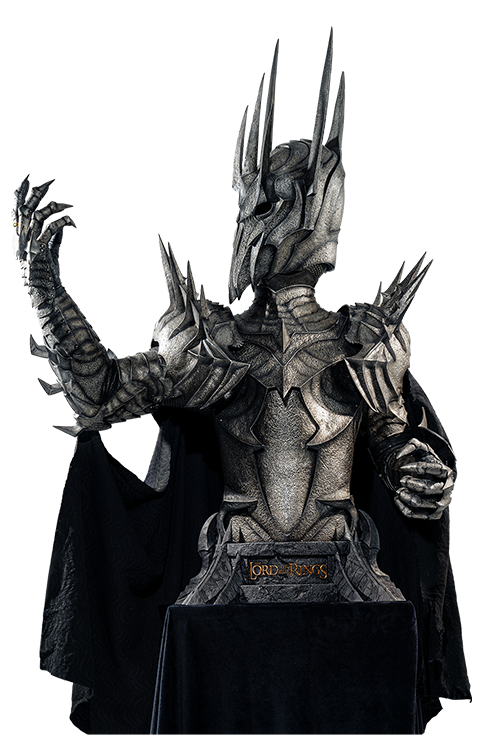 Whether it is the original novel or the film, the strength of Sauron and his army are terrifying. The design of Sauron's armor was intended to be unique to him, and as singular in its forging as the One Ring. The entwining of the intaglio decoration was intended to contrast with the strong ugliness of all the sharp spikes, blades, and sharp edges, mimicking the look of black thorns.

The One Ring on his finger is his most iconic item and the most powerful weapon in Middle-earth. A fiery inscription in the Black Speech is displayed on the ring, conferring power to dominate the wills of other beings.

In the form of a 1/1 scale bust statue, the statue has a height of 175cm. Even when having only half of the body, its height is easily close to the height of an adult. This statue exudes an aura of power and deterrence simply by displaying it.

The whole body is made of fiberglass, a fiber-reinforced plastic, and its strength can be compared with that of a high-grade steel alloy.

Its excellent designability and manufacturability also make the complex shape of Sauron's armor and the finely crafted pattern on the surface to be in the most accurate form.

A Perfect Replica of The One Ring

In order to recreate its look and visual effects in the film, Sauron's ring has two important details:

1. Through the built-in magnet switch, the inscription on the ring (rather than the overall ring) can be illuminated

2. The two lines in the Black Speech from the rhyme of lore describing the Rings were accurately written in the Elvish Tengwar script, meaning ‘One ring to rule them all, One ring to find them, One ring to bring them all, and in the darkness bind them’

If you are a hardcore Lord of the Rings fan, we are sure you can recognize the fortress featured on the base - Barad-dûr, the dark fortress, Dark Lord Sauron's primary stronghold in Mordor. 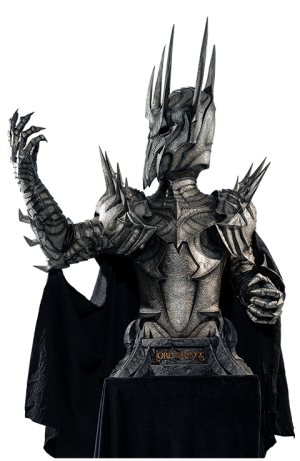