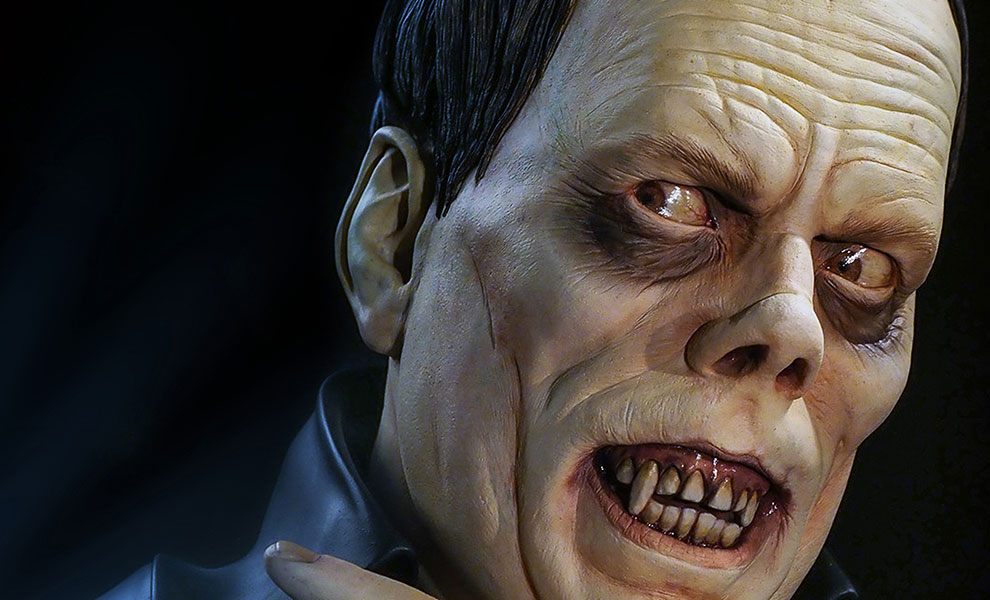 Lon Chaney Sr as The Phantom of the Opera 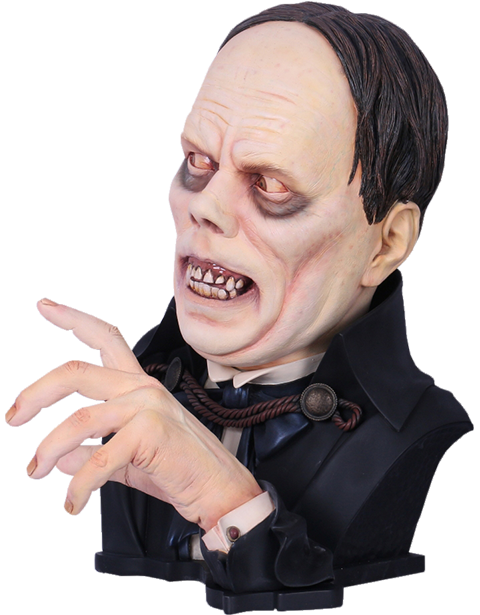 In 1922, Carl Laemmle, President of Universal Pictures, took a vacation to Paris, France where he met Gaston Leroux, author of the 1910 novel, The Phantom of the Opera. Leroux gave Laemmle a copy of his novel and it is said that Laemmle read the book in one night and liked it so much that he bought the film rights with actor Lon Chaney Sr. in mind as the title character. Laemmle and Chaney had already collaborated on another film, The Hunchback of Notre Dame, in which Chaney created his own make-up for his portrayal of that film's title-character.

Chaney's iconic appearance as Erik the Phantom of the Opera is the most accurate depiction of the character as described in Leroux's novel. Erik was described as corpse-like, as having a "death's-head" (human skull) throughout the story. He had no nose, his eyes were sunken so deep that they were two skull-like eye sockets except when they glowed in the dark. His skin was yellow and tightly stretched across his bones and he had only a few wisps of black hair behind his ears and on his forehead.

Christine, the woman with whom he was obsessed, described his mouth as "lipless" and a "dead mouth." Erik himself admitted his mouth was abnormal. And, he was described as so extremely thin that he resembled a skeleton. Erik describes himself to Christine as a corpse "built up with death from head to foot."

To achieve the look of Leroux's Phantom, Chaney painted his eye sockets black, giving them a skull-like appearance. He pulled the tip of his nose up and pinned it in place with wire. He enlarged his nostrils with black paint, and put a set of jagged false teeth into his mouth to complete the horribly deformed look of the Phantom. When filmgoers first saw the film, many screamed or fainted at the unmasking scene which revealed his skeletal face.

So lifelike looking you almost expect it’s head to turn and look at you. 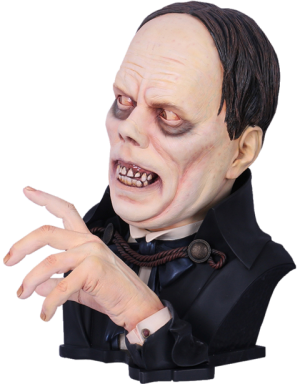