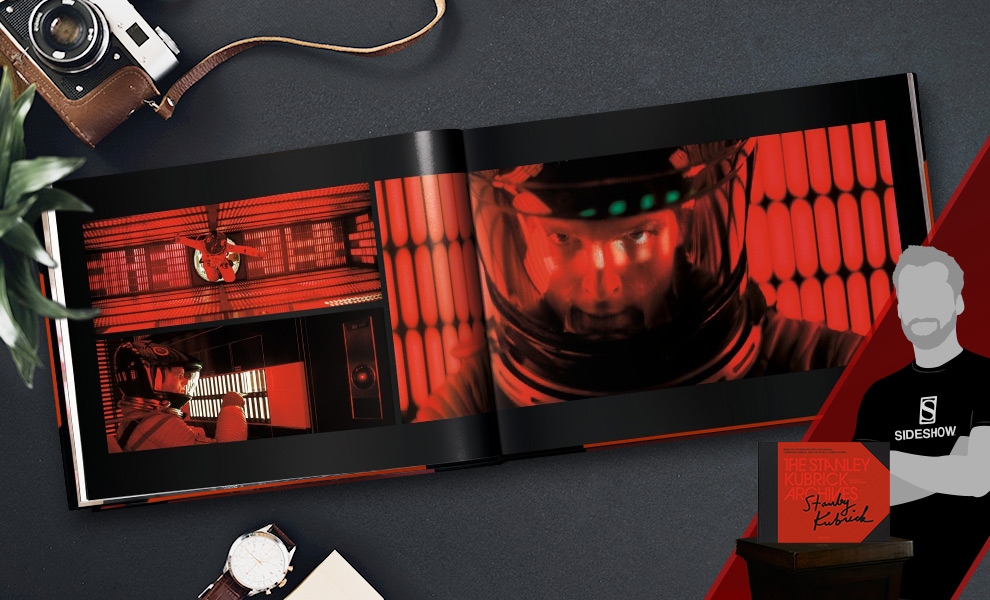 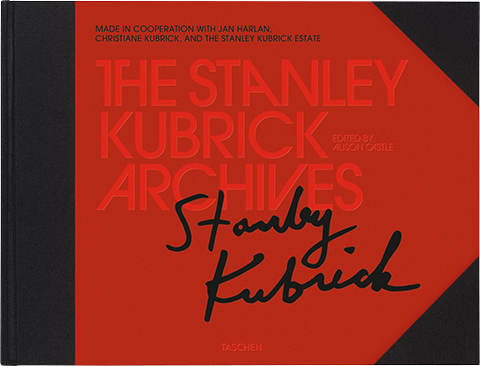 “The Stanley Kubrick Archives showed up one morning in our offices, where my editor and I circled it like curious apes.” —Time Out, New York

This is the first book to explore Stanley Kubrick’s archives and the most comprehensive study of the filmmaker to date. In 1968, when Stanley Kubrick was asked to comment on the metaphysical significance of 2001: A Space Odyssey, he replied: “It’s not a message I ever intended to convey in words. 2001 is a nonverbal experience…. I tried to create a visual experience, one that bypasses verbalized pigeonholing and directly penetrates the subconscious with an emotional and philosophic content.” The philosophy behind Part 1 of The Stanley Kubrick Archives borrows from this line of thinking: from the opening sequence of Killer’s Kiss to the final frames of Eyes Wide Shut, Kubrick’s complete films are presented chronologically and wordlessly via frame enlargements. A completely nonverbal experience.

The second part of the book brings to life the creative process of Kubrick’s filmmaking by presenting a remarkable collection of mostly unseen material from his archives, including photographs, props, posters, artwork, set designs, sketches, correspondence, documents, screenplays, drafts, notes, and shooting schedules.

Accompanying the visual material are essays by noted Kubrick scholars, articles written by and about Kubrick, and a selection of Kubrick’s best interviews.

Alison Castle received a BA in philosophy from Columbia University and an MA in photography and film from NYU/International Center of Photography. She is editor of photography, film, and design titles, including Some Like It Hot, The Stanley Kubrick Archives, Linda McCartney. Life in Photographs, and Marc Newson. Works.