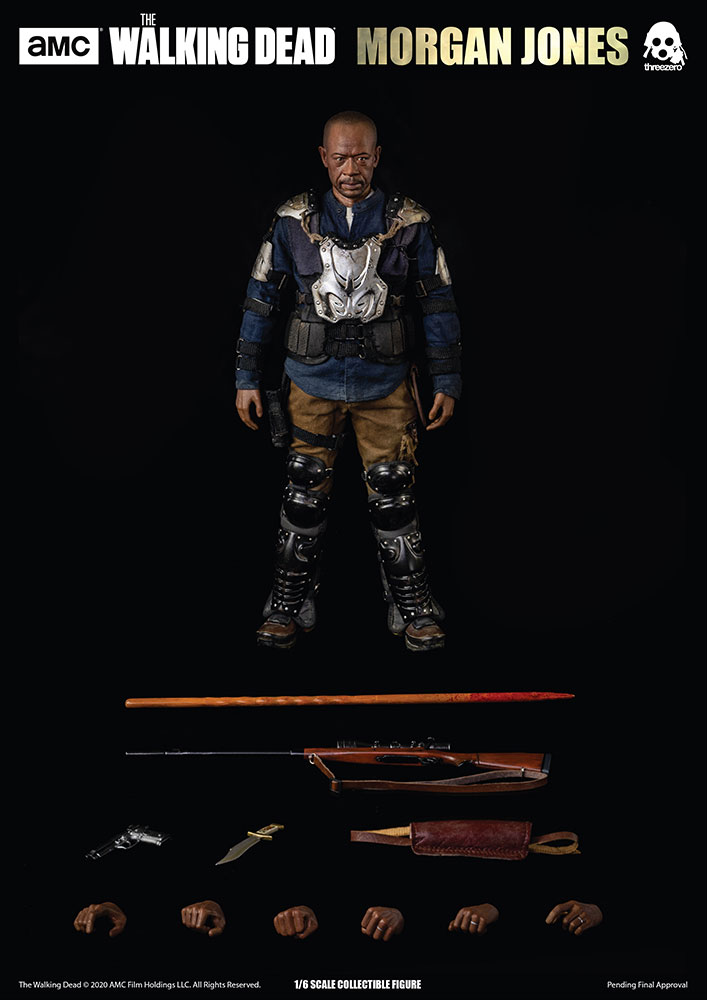 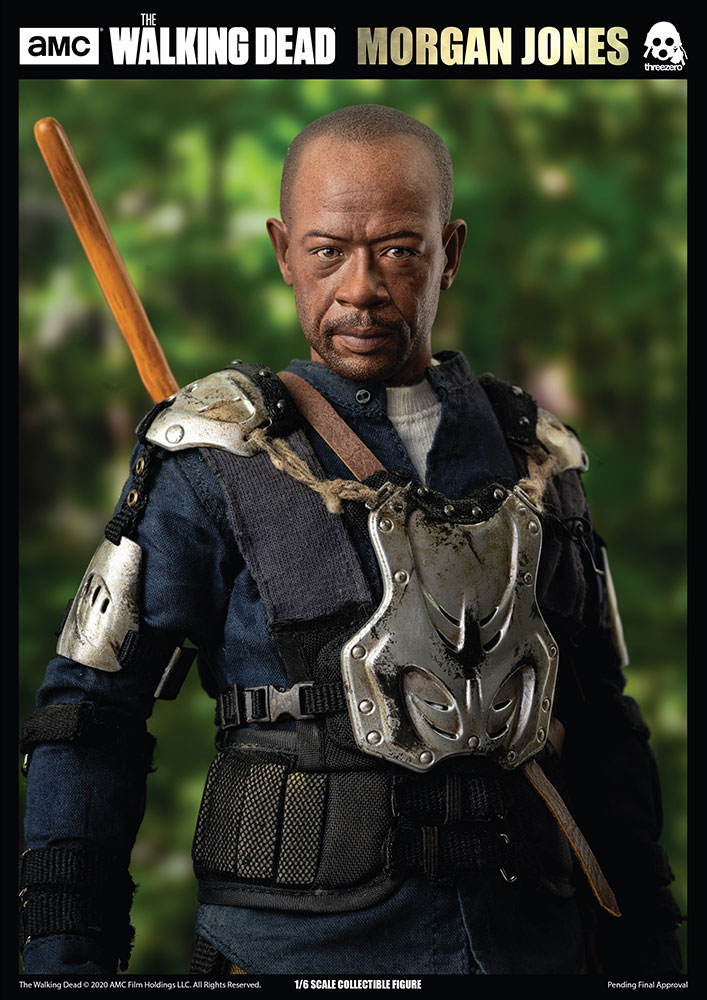 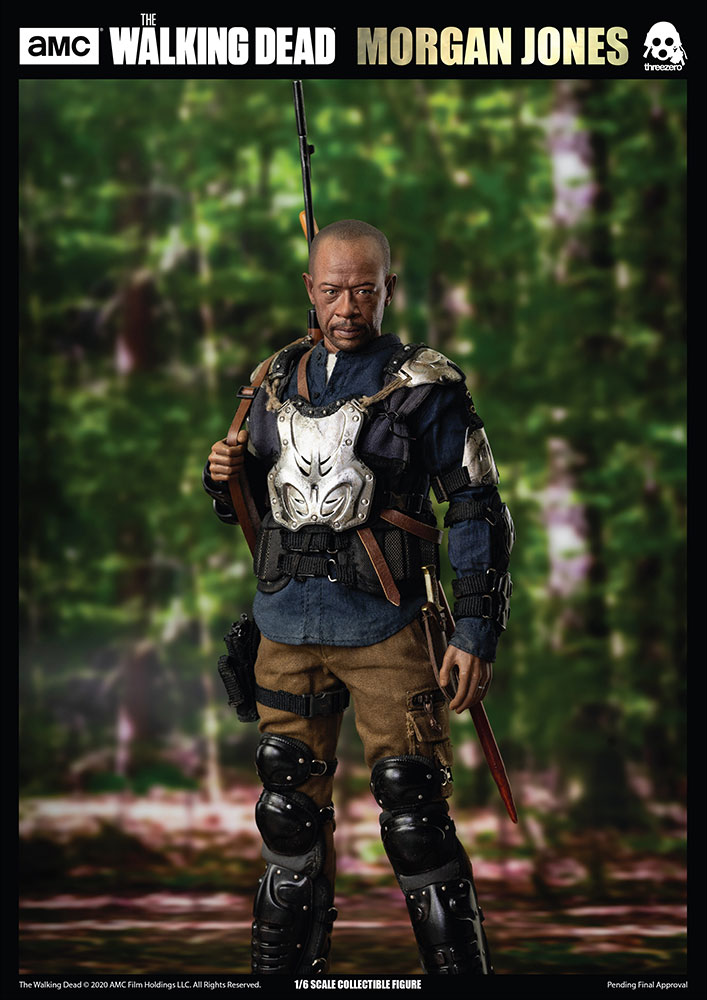 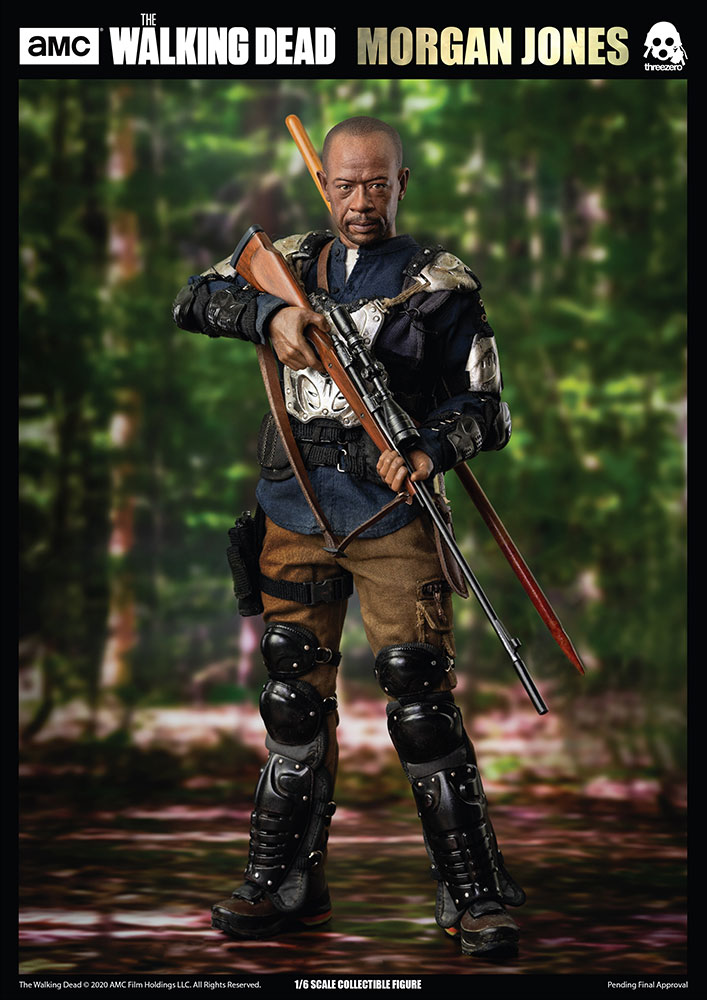 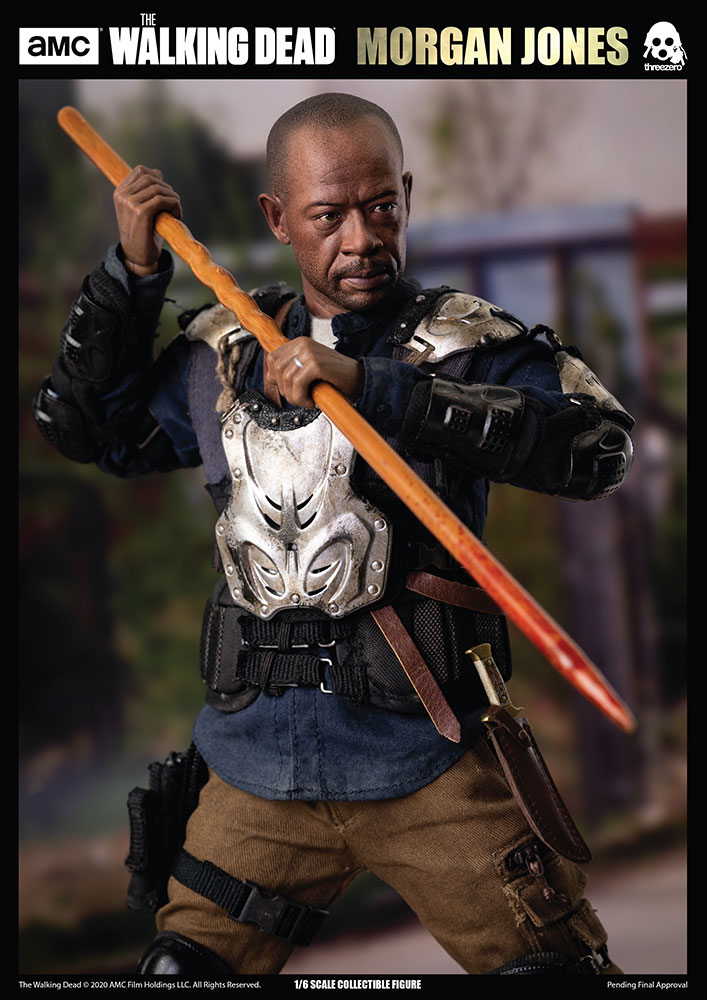 Sideshow and Threezero presents another lead from AMC’s “The Walking Dead” sixth scale series with the Morgan Jones Sixth Scale Figure based on his appearance in Season 7 of the hit television drama.

Morgan Jones' pursuit of peace came crashing down when his dilemma with Richard and the Saviors came to a head. The balance he had so desperately fought to preserve has been skewed once again. With fresh blood on his hands and war looming, Morgan's sanity hangs by a thread, and his warpath will leave many fallen in the wake. 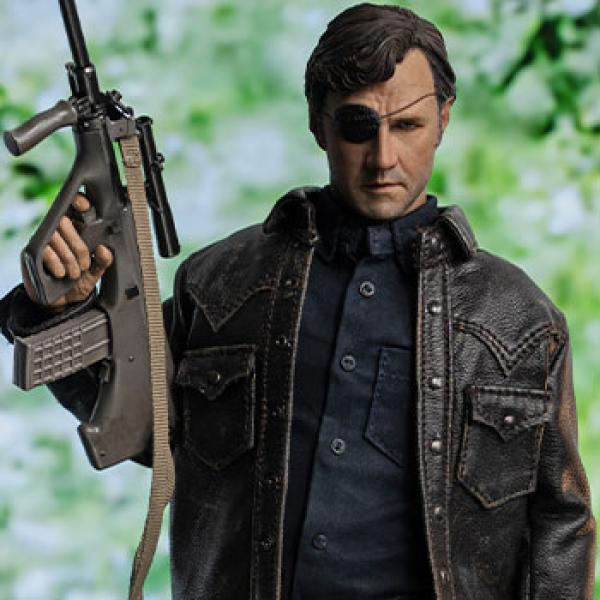 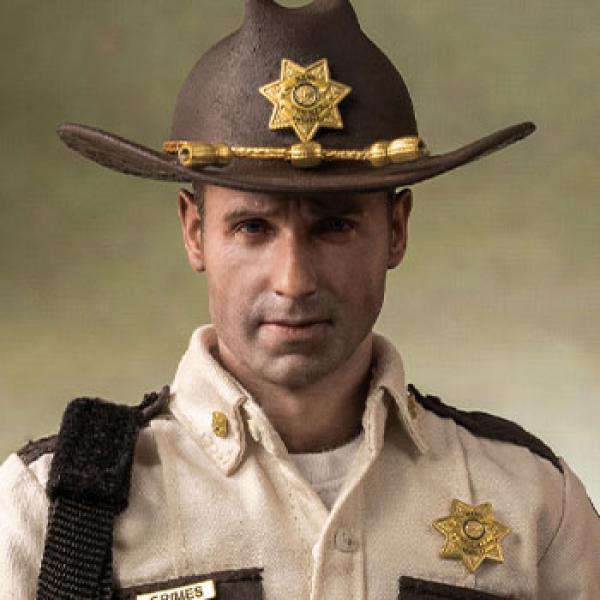 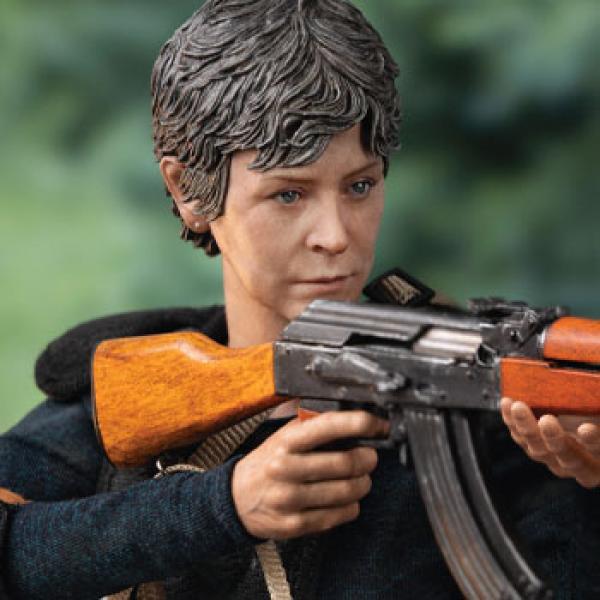 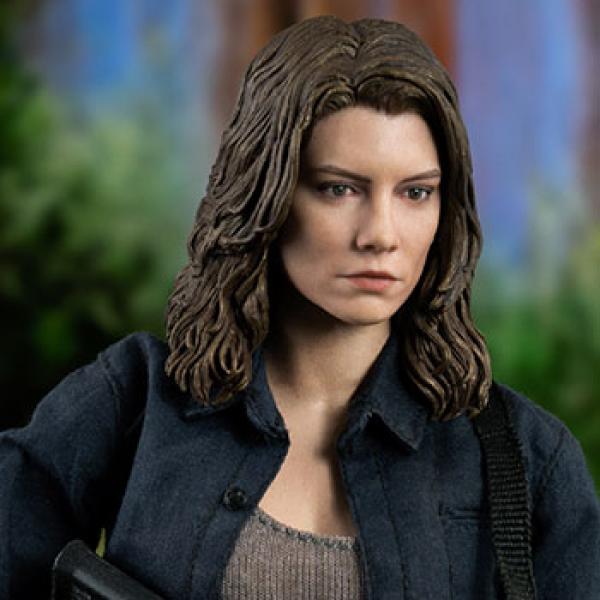