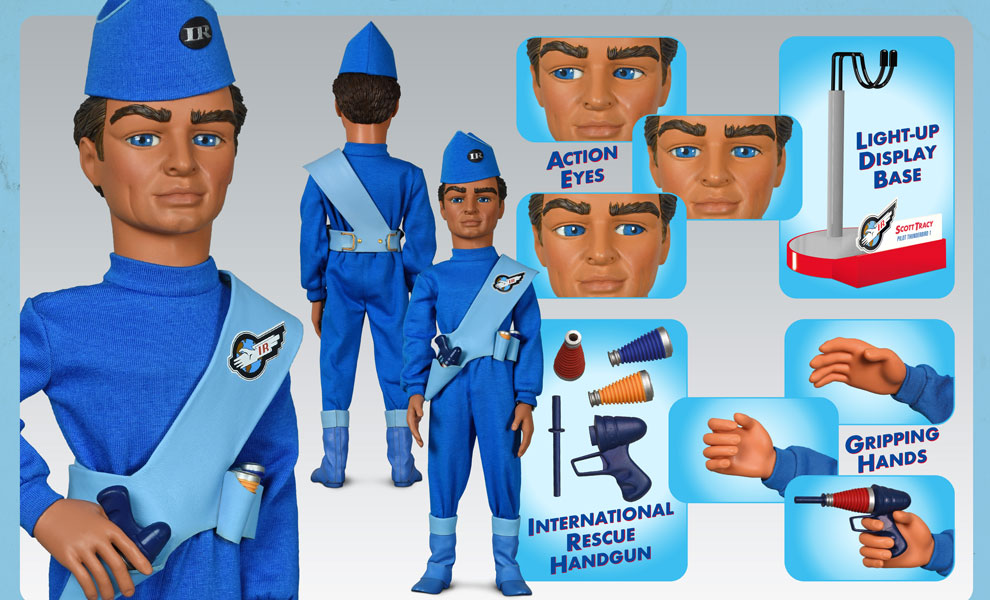 The eldest of Jeff Tracy’s sons, Scott was born on 4 April 2039 and is now twenty-six years old. Named after the pioneer astronaut Scott Malcolm Carpenter and educated at Yale and Oxford Universities, Scott was decorated for valor during his service with the US Air Force, before joining International Rescue.

As the pilot of Thunderbird 1, Scott is always the first to arrive at the danger zone, where he assesses the situation and quickly determines which special rescue equipment will be required for the task at hand. His complete lack of arrogance enables him to assist his brothers in even the most menial of tasks. In addition to his Thunderbird 1 duties, Scott often co-pilots Thunderbird 3 with his brother Alan and has even been known to take occasional spells of duty aboard Thunderbird 5. Whenever his father, Jeff, is absent, Scott’s seniority places him in command of the island headquarters. Fast-talking and quick-thinking, with brains, brawn, daring and drive, Scott has the confidence to make instant decisions, backed by a fierce determination and unfaltering bravery.

BIG Chief Studios are proud to present the Scott Tracy Character Replica Figure. Featuring the most faithfully reproduced character likeness, an authentically styled costume, and accessories, plus a special illuminating International Rescue display base. Produced in a worldwide numbered limited edition, fans of this classic series can relive the heroic adventures of International Rescue’s finest.