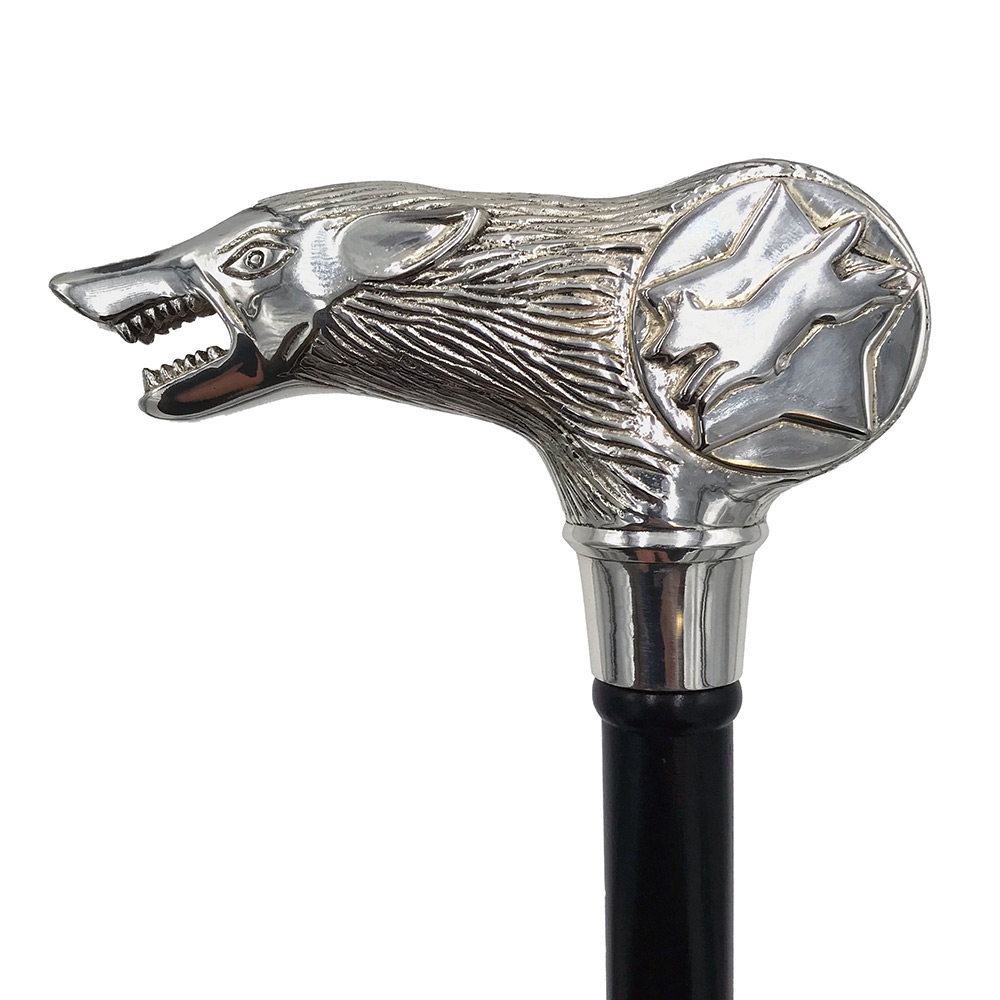 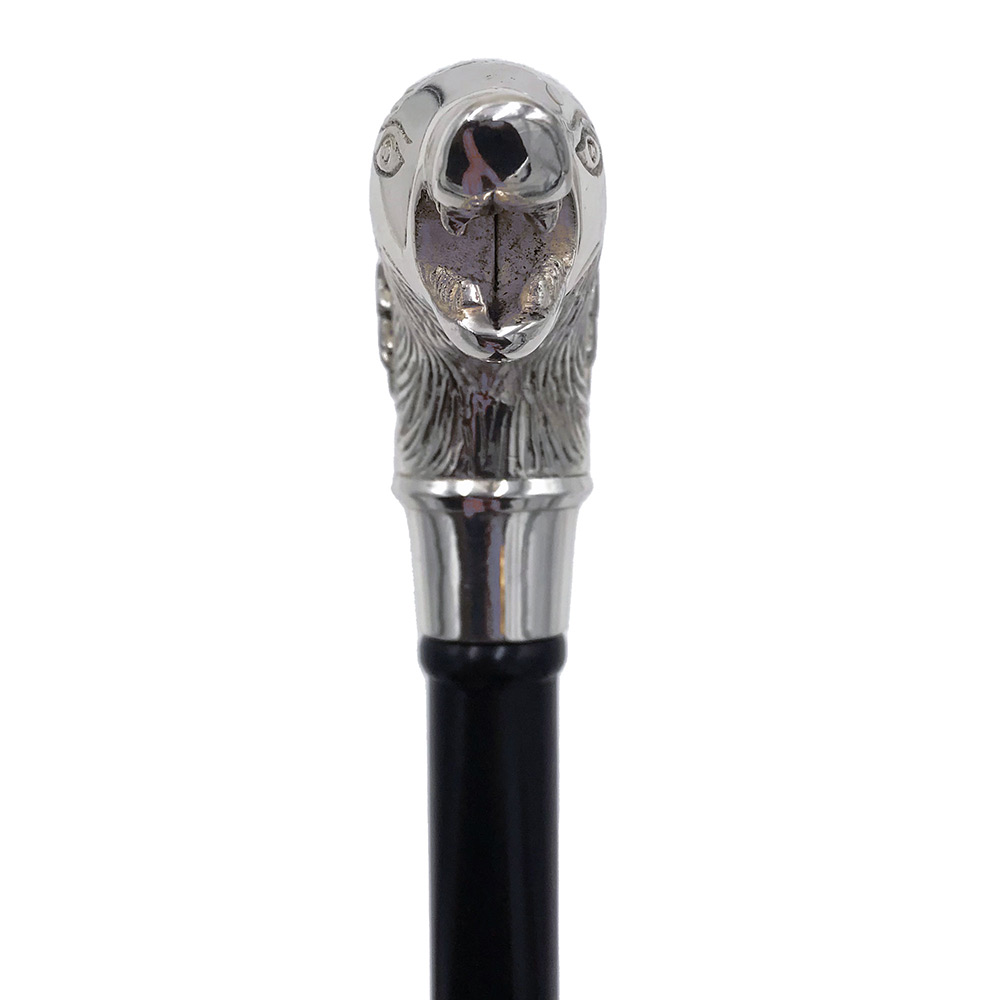 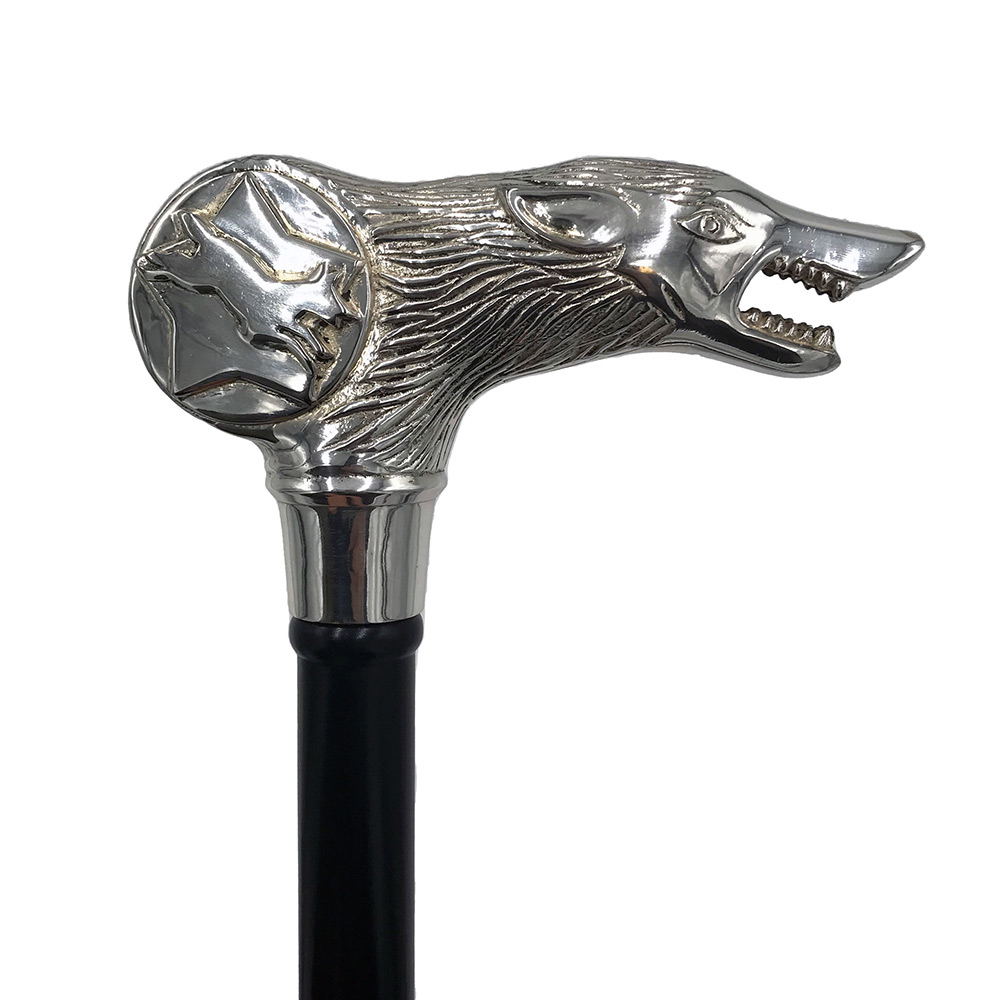 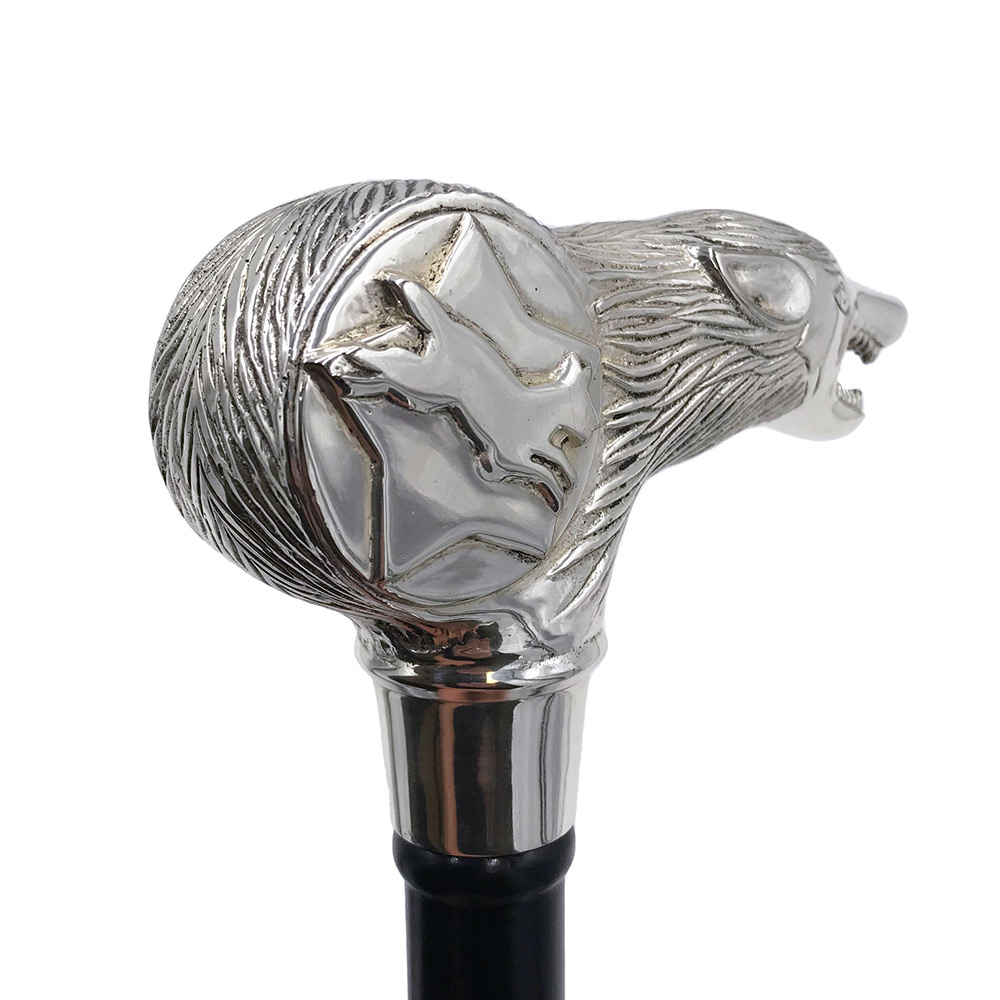 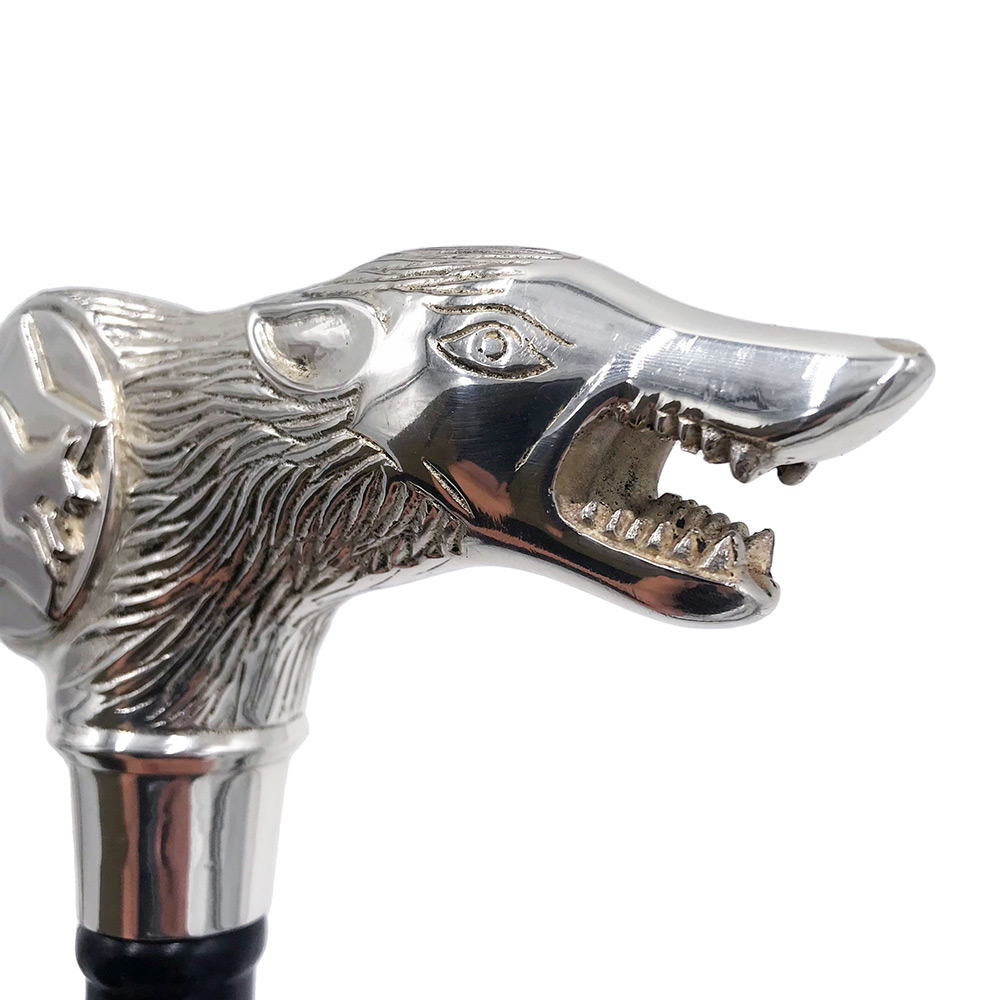 Sideshow and Factory Entertainment are delighted to present a new edition of a replica of one of the most iconic Universal Monsters props - Larry Talbot's Cane from 1941's, The Wolfman

Purchased as a harmless gift, this cane ultimately becomes the instrument of Larry Talbot's destruction.

Multiple props were created for the production of 1941's The Wolfman by noted prop-maker Ellis Burman Sr., a functional hero prop and stunt props that were cast in rubber for actor safety.

The wolf head design was based on and hand-sculpted over an existing boar head cane, a popular motif on traditional walking canes.

Today, only a single rubber stunt cane head survives in the personal archive of collector extraordinaire Bob Burns, and the replica previously produced by us in 2013 was based on that piece. However, our team was recently provided with access to never-before-seen vintage reference photography of the hero prop, which allowed us to create a new, highly-detailed 3D model, from which we have recreated the hero prop as it appears when first seen in the Conliffe Antique Shop.

Not only is this edition of the cane more accurate to the hero prop, it now features an upgraded all metal handle construction and a solid acacia wood shaft.

*Due to rights considerations, the language on the plaque has been modified slightly from the dialogue in the film at the request from the licensor. 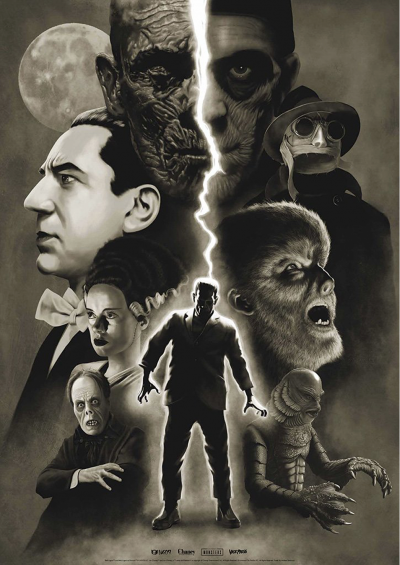 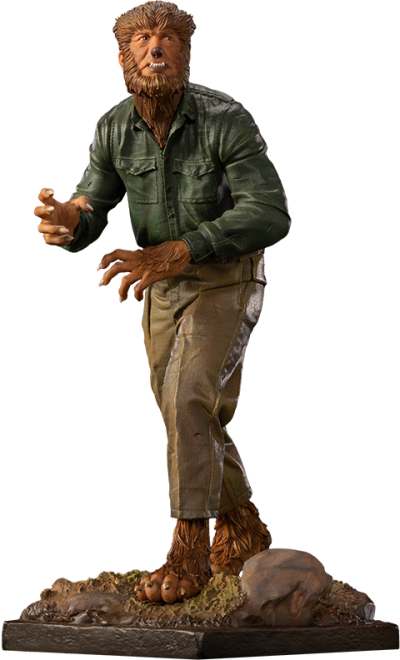 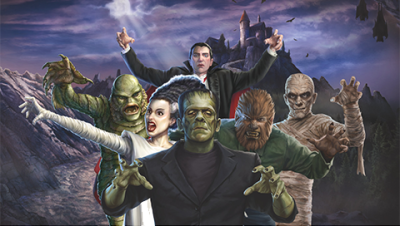 An absolutely stunning replication of the 1941 Wolfman Cane. Beautiful detail in the wolf headpiece handle. The Plaque itself is beautifully designed with an alteration of the folktale poem heard in the universal classic. This Item is a must-have for universal monster collectors and wolfman enthusiasts alike. 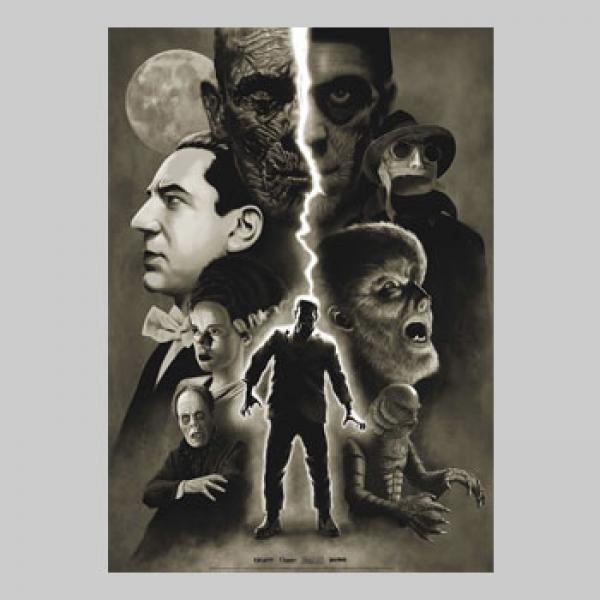 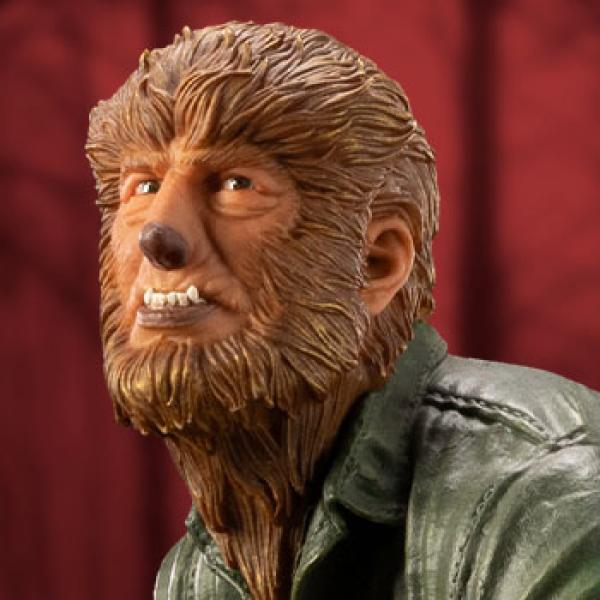 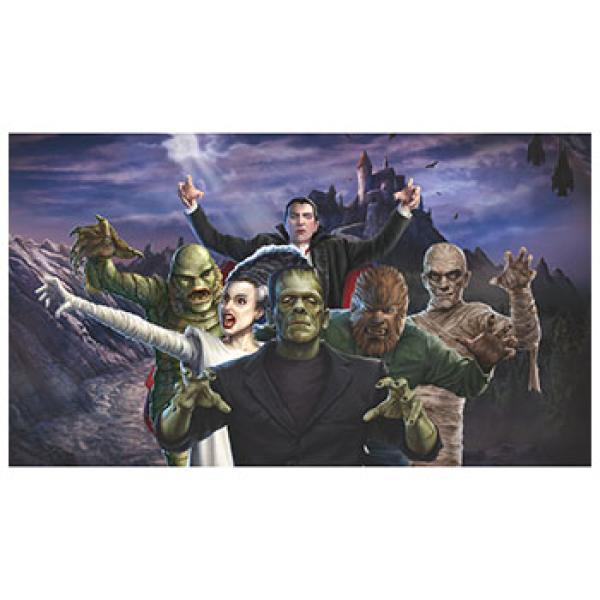 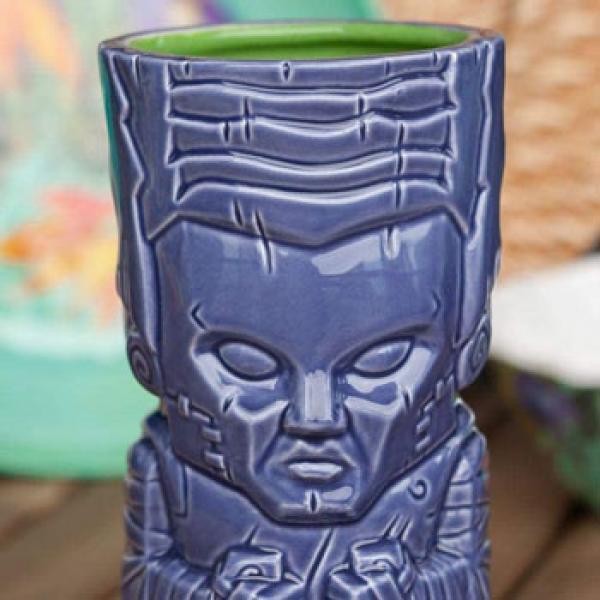