Skip to main content
'This is the Way' - ⚒️ The Armorer is Ready To Ship
https://www.sideshow.com/collectibles/12517 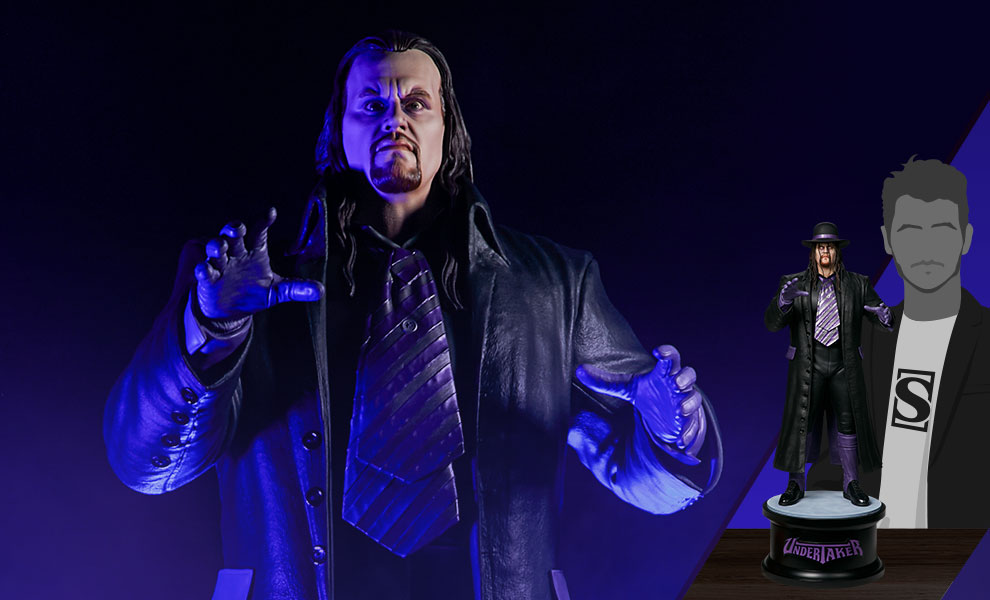 “I will never Rest in Peace.”

Sideshow and PCS present The Undertaker: Summer Slam ‘94 1:4 Scale Statue, ready to take your WWE collectibles on their last ride and reclaim his reputation.

Standing 26” tall from the bottom of the base to the top of his hat, the Undertaker: Summer Slam ‘94 1:4 Scale Statue possesses an eerie presence, his gloved hands outstretched towards his ill-fated opponents. The Undertaker stands on a black circular podium base measuring 10” wide, accented with his namesake logo in purple. Beneath the black hat and the hair hanging in his face, the Undertaker’s eyes are rolled back in his signature sinister stare. The statue also includes a second portrait without the hat, fully revealing his piercing Deadman gaze.

The Undertaker: Summer Slam ‘94 Statue features a fully sculpted physique and costume recreating the wrestler’s supernaturally unnerving presence in the ring. Inspired by the mysterious match in which the Undertaker faced off against his own imposter, the statue’s look is accented with his traditional purple gloves, boot covers, and detailing on his coat and tie. Every inch of this incredible wrestling collectible is packed with realistic sculpted detailing, from the fabric-like textures and creases of the costume to the buttons adorning his black duster. His purple and silver striped tie has a metallic appearance, completing the Undertaker’s iconic style in a high-end format.

If it’s a casket match you’re after, then call in The Undertaker: Summer Slam ‘94 1:4 Scale Statue from PCS for your collection today.