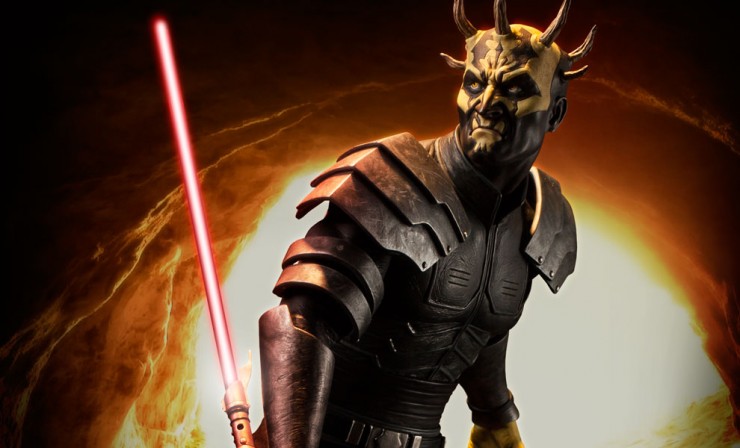 Evil is not born, it is taught.

Season 3 of Star Wars: The Clone Wars introduced one of the most compelling antagonists of the series, a villain that was created before our very eyes. Once an honorable Zabrak warrior, Savage Opress was systematically molded into a bloodthirsty instrument of vengeance for Asajj Ventress, and then trained as a secret Sith apprentice to Count Dooku; events which would ultimately set the younger brother of Darth Maul down a path of destruction felt throughout the entire galaxy. 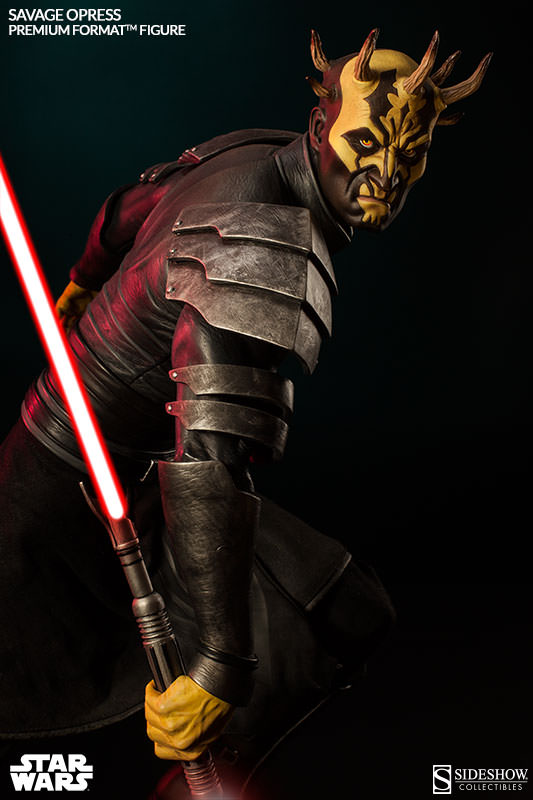 “He seems all powerful and terrifying but there’s a sadness and reluctance to him,” Supervising Director, Dave Filoni elaborated on the character. “He doesn’t want to become this sort of Frankenstein’d Darth Maul kind of person. He has a lot of good traits. There is an honor to him, which is true of so many people who turn evil in mythology.” 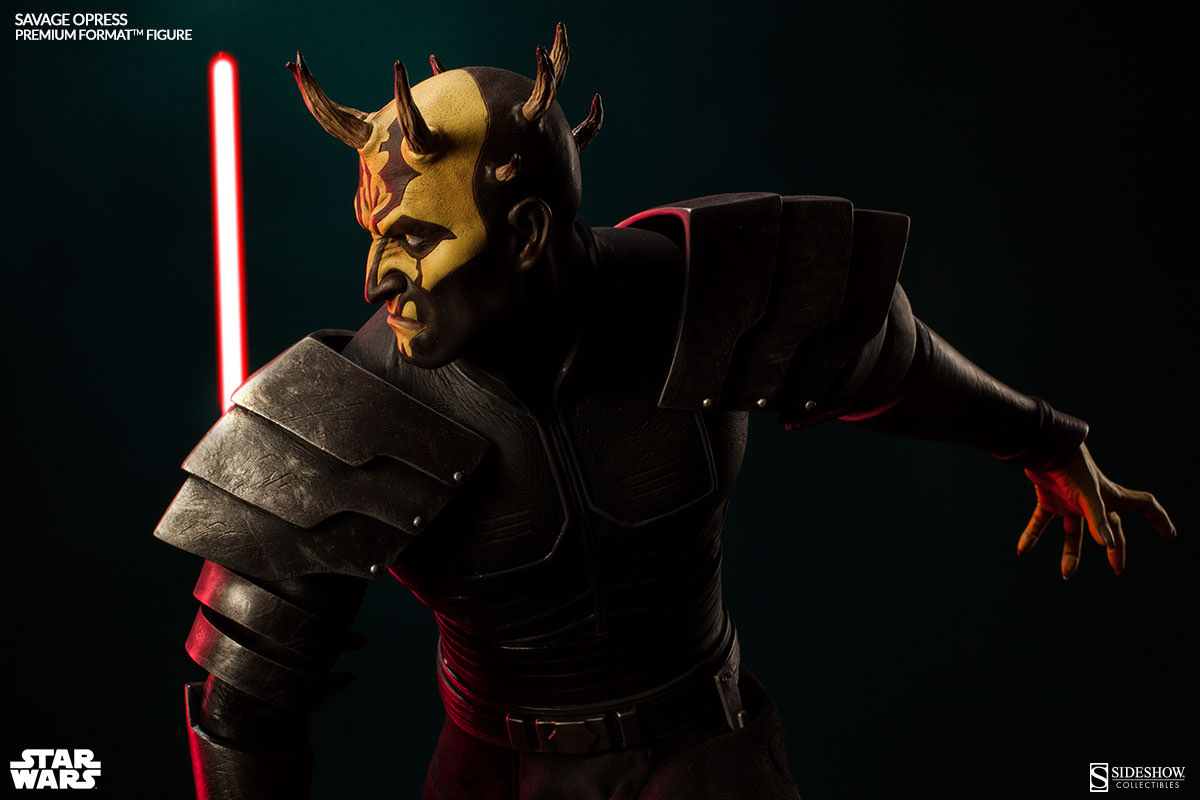 “May I present…Savage Opress” – Asajj Ventress 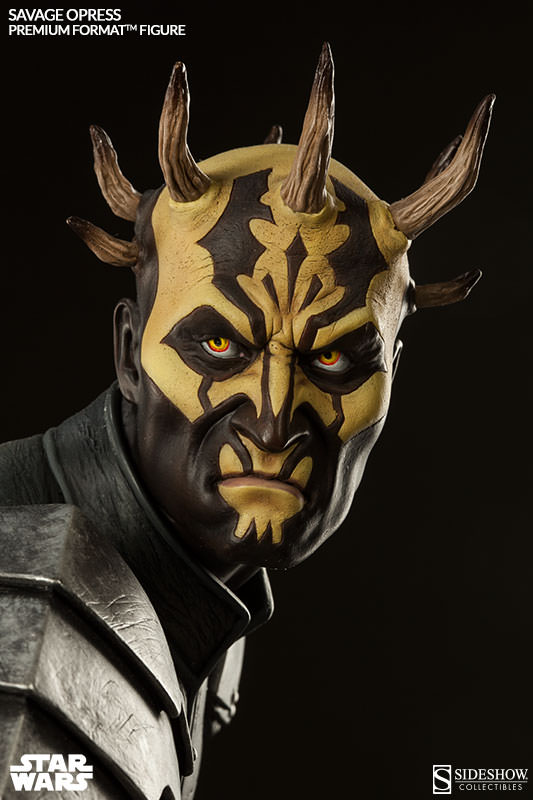 Bearing the instantly recognizable ceremonial tattoos of his Nightbrother clan, Sideshow’s artisans have captured the monstrous assassin with stylized realism, fitted in an intricately detailed fabric costume and sculpted armor. 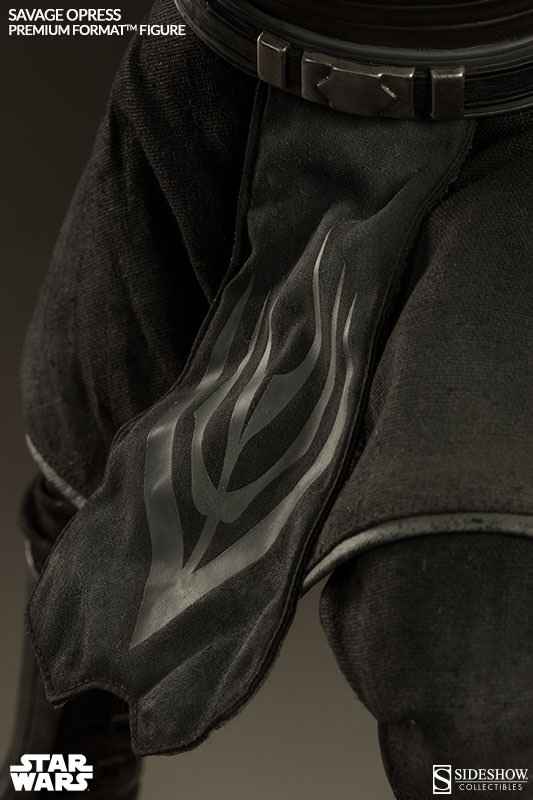 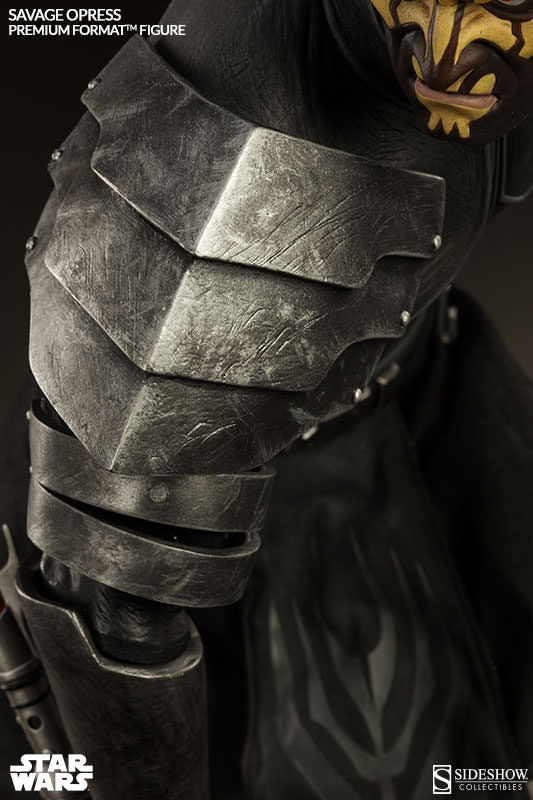 Wielding his deadly double-bladed red sabrestaff, the fearsome warrior stands a towering 22” upon a glowing light-up themed base, fully prepared to annihilate all those who stand in his way. Displayed on his own or side-by-side with Darth Maul, the Savage Opress Premium Format™ Figure is an impressive addition to the Dark Side of any Star Wars collection. 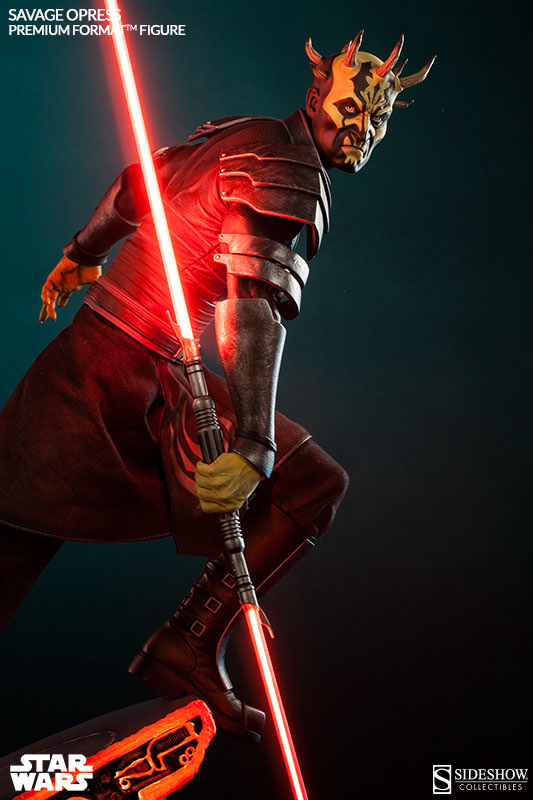 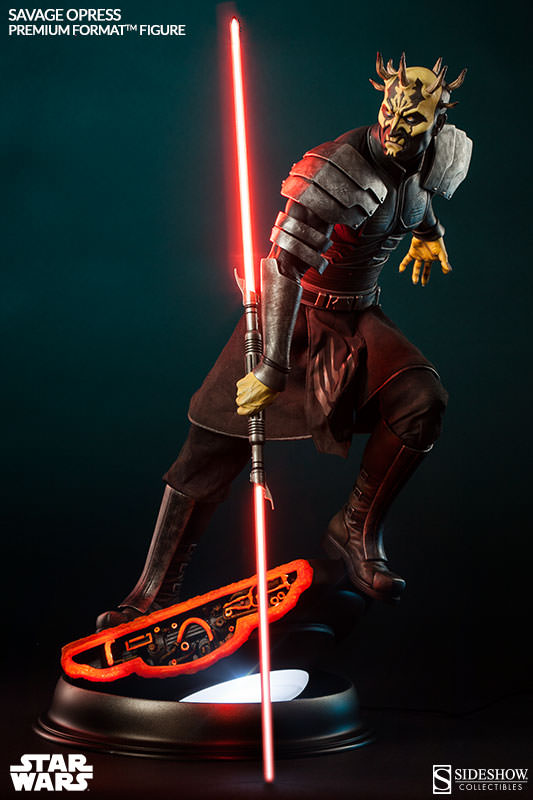