The sun is beating down, sunscreen is being distributed, and there is a distinct smell of barbecue consistently sizzling in the air, which can only mean one thing: summer is well underway, and nothing quite captures the thrilling transition between the seasons better than the movies.

Summers are made up of the perfect cocktail blend of beaches and bonfires, fun-filled family getaways and adventurous camp sleepaways, all served up with a generous helping of soft-serve ice cream, whether you’re escaping abroad or retreating to the sofa for a seasonal flick.

So throw on your favorite Hawaiian shirt, grab an umbrella-laden drink of your choice, and turn up the air conditioning unit as we count down some of the greatest nostalgia-soaked summer movies that highlight the true spirit of the season. 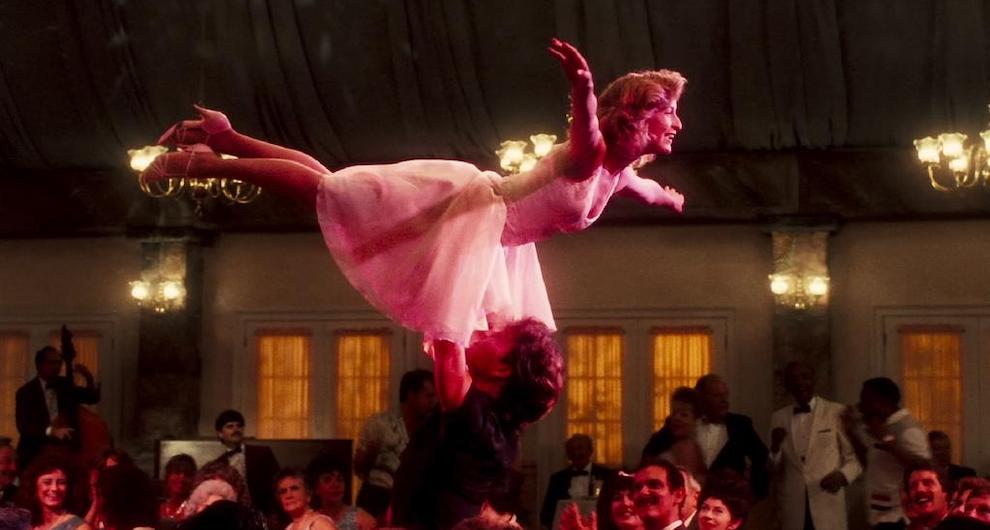 If you’re looking to have the time of your life, then look no further than the immensely charming Dirty Dancing, which will undoubtedly make you wish that your summer would conclude with a brilliantly choreographed dance scene.

This seasonal story foxtrots and pirouettes around two star-crossed lovers (played by Jennifer Grey and Patrick Swayze), who meet at the Kellerman’s resort, a prestigious mountain retreat designed to entertain guests from sunrise to sunset.

This dreamy 80s hit will cause temperatures to soar with its spontaneous dance sequences, toe-tapping soundtrack, and power-punching lines – there really is no better movie to watch beneath the stars. 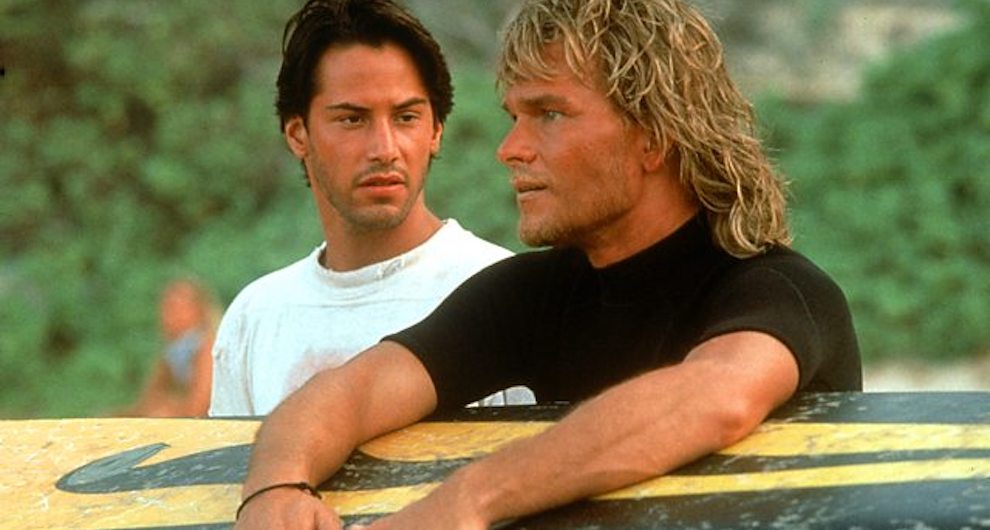 If you were to look up ‘summer’ in the dictionary, then you might find Point Break to be the definition, as this 90s classic has all of the very best seasonal vibes, from beach bonfires to skydiving sessions and surfing on the gnarliest waves.

The fast-paced plot follows a young FBI agent by the name of Johnny Utah (played by Keanu Reeves) as he infiltrates a team of adventure-seeking elite athletes, led by the effortlessly charismatic Bodhi (Patrick Swayze), and soon finds himself caught up in a bunch of adrenaline-fueled activities.

The impressive array of stunts are spread across a whole host of extreme sports, including wingsuit flying, free rock climbing, sheer-face snowboarding, and high-speed motorcycling, so avoid the fear of missing out and exercise your mind by popping this movie back into the player. 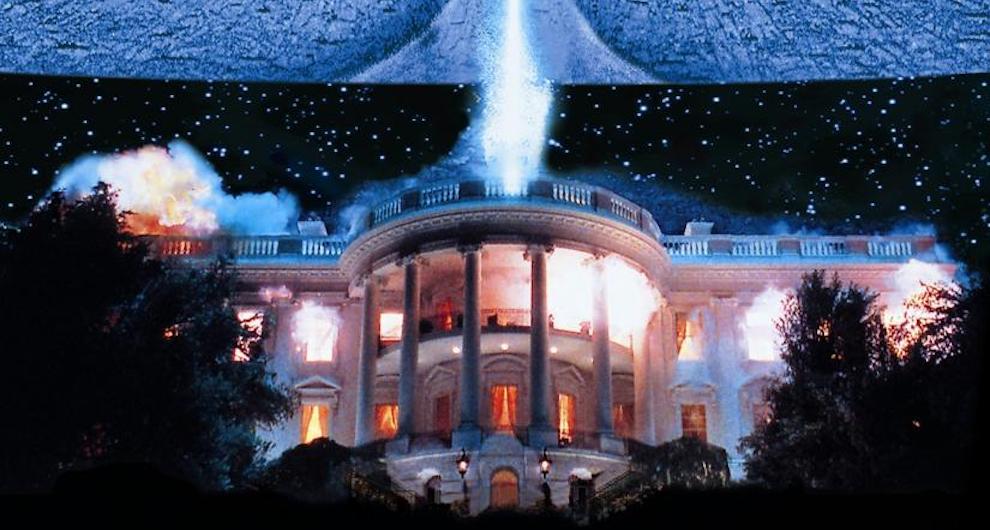 Forget fireworks- you should stay in and watch Independence Day, a movie that not only celebrates the American spirit, but also revels in the very best of summer traditions, including outdoor barbecues, family reunions, and saving the planet from alien invaders.

This thrilling, spectacle-filled movie unites an unlikely group of citizens, who must rally together to prevent total annihilation as the threat of an extra-terrestrial race launching a global attack looms.

So, if you don’t have any exciting plans this weekend, we suggest that you kick back with an assortment of grilled meats, a bucket of ice and a super chilled beverage, ready to raise a toast to the end of the world and, of course, Jeff Goldblum.

Caddyshack knocks it out of the park with its classic summer themes. The 80s comedy sees golfers (and invincible gophers) band together on a sun-drenched course, where they score big with their slapstick silliness, knock-about nonsense, and endlessly quotable dialogue.

The Harold Ramis-directed movie follows the hilarious hijinks of the Bushwood Country Club members, who pitch in more notable one-liners than scores on the leaderboard, thanks to an all-star cast of legends, including Chevy Chase, Bill Murray, and Rodney Dangerfield.

While there is not much to the plot of this highly enjoyable, yet ever-so-slightly erratic picture, it does serve as a landmark sports comedy that will remind you of just how much fun can be had during the hottest season of the year. 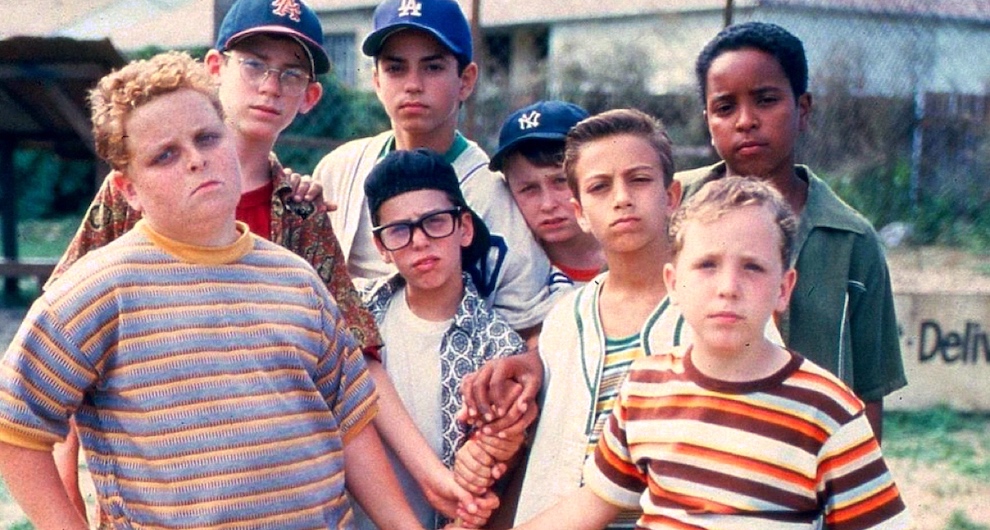 The Sandlot epitomizes the perfect summer vacation as a child, with everything from a Fourth of July celebration, a lovable slobbery hound, and a blazing hot afternoon spent playing baseball with your best buddies.

Set in the summer of 1962, this feel-good movie follows the adventures of a rag-tag team of neighborhood kids who regularly meet up at the dusty sandlot to play their favorite sport, until one day the gang lose a baseball signed by Babe Ruth.

The kids create a battle plan to retrieve the prized possession, wherein they have to navigate the old junkyard of mean Mr. Mertle (James Earl Jones). The boys emerge victorious from the sticky situation with a few scrapes and an important life lesson: Don’t judge a book by its cover.

If you’ve ever ventured out on any kind of cross-country road trip with your family, then you might get some kicks out of National Lampoon’s Vacation, a movie that sets out to deliver so much fun that you’ll need plastic surgery to remove your goddamn smiles.

Directed by Harold Ramis, this classic comedy follows Clark Griswold (Chevy Chase) and his family as they set out on a “pilgrimage to see a moose” at California’s Walley World amusement park, which is billed as “America’s Favorite Family Fun Park.”

Along the way, Clark’s ideals of family togetherness are relentlessly challenged by the trials and tribulations that crop up on their journey, but he tries to maintain a cheery disposition, convincing his wife Ellen (Beverly D’Angelo) and their kids that getting there is half of the fun.

For some, Stand by Me serves as a nostalgic reminder of days gone by, particularly those days of childhood innocence, spent hanging out with friends and indulging idle chit chat while trying to beat the heat on a scorching hot summer’s day.

This 80s rite-of-passage sees four small-town boys – Gordie (Will Wheaton), Chris (River Phoenix), Teddy (Corey Feldman), and Vern (Jerry O’Connell) – embark on a quest to locate the body of a missing person, near the fictional town of Castle Rock, Oregon.

The movie, based on a short story by Stephen King, perfectly captures the delicate transition between childhood and adulthood, as the group of carefree youngsters encounter several unforgettable situations on their respective journeys towards adolescence. 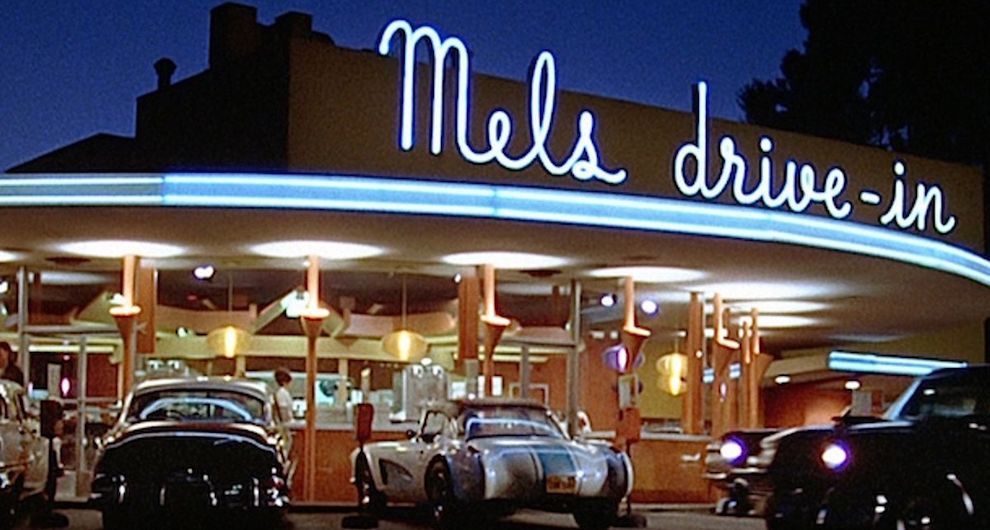 Where were you in ’62? If you loved hot-rods, drive-ins and rock ‘n’ roll, you probably wished you were cruising the strip of Modesto, California with the stars of George Lucas’ American Graffiti, a movie that defined a generation and celebrated a sense of hope.

Set against a 1960s backdrop, this classic coming-of-age story tells the tale of a group of teenagers who share one final night together before two, Curt Henderson and Steve Bolander (played by Richard Dreyfuss and Ron Howard respectively), head off to college.

Lucas draws upon memories of his own upbringing in the city to perfectly capture the sights, sounds, and feelings of the era through this fictional depiction of a single summer’s night where anything seems possible. 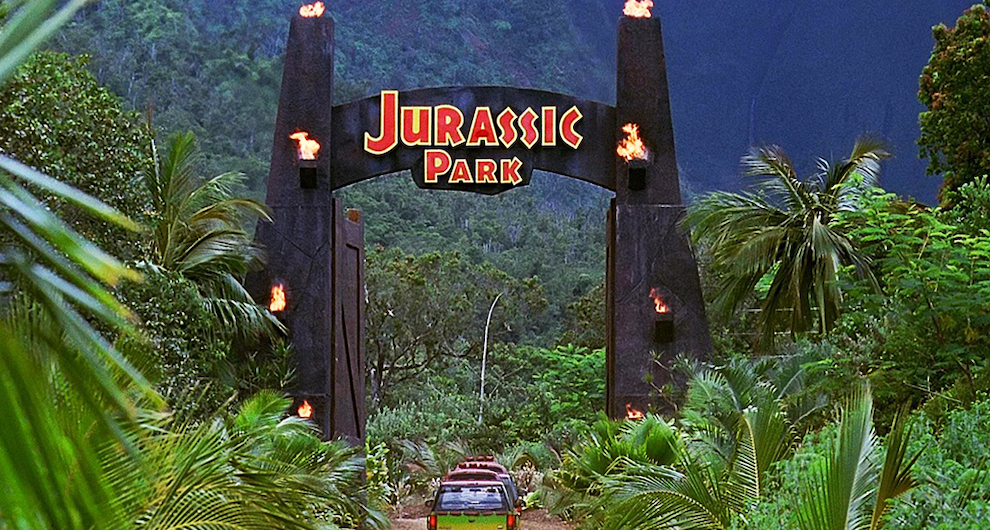 Visiting a theme park is a quintessential summer outing for many, but a cinematic trip to Jurassic Park is a whole new playing field, as this movie is certain to leave audiences with memories that will stay with them long after the last dinosaur has roared.

In a similar fashion to strands of DNA being modified, Steven Spielberg finely tunes this action-packed adventure by mixing mind-blowing digital effects and practical puppetry with a talented cast and a killer script to create an all-around crowd pleaser.

So while some of you might be plotting the best ways to survive the final days in school or work before the summer holidays begin, spare a thought for Alan Grant (Sam Neill) and company, as they face the ultimate battle of survival in a wild ride that pits man against prehistoric predator.

If there is one movie that is going to encourage you to vacate the beach and park up in front of your TV, it is Steven Spielberg’s mid-seventies shark-thriller Jaws, which ultimately helped to set the template for all future summer blockbusters.

This toothy tale, based in the fictional New England resort town of Amity Island, is the absolute embodiment of summer with its breezy beach setting, crowded out with sun-basking bathers and thrill-seeking swimmers, all of whom are completely unaware of what lies beneath them.

The iconic flick is awash with tension and suspense, as a murderous shark terrorizes unsuspecting beachgoers, prompting a trio of men to set out to sea in search of the killer creature, only to soon realize they’re gonna need a bigger boat.

What is your favorite summertime movie? Let Your Geek Sideshow and share your movie memories in the comments section below!