It’s the ghost wonderful time of the year! Halloween, AKA Spooky Season, is upon us, and what better way to celebrate than to marathon our favorite Halloween-themed TV episodes? I’m already a serial TV watcher and a homebody (double whammy), so wholly relying on escapism to celebrate the holiday season feels like an easy way to get in the spirit(s).

From this year’s Wynonna Earp and WandaVision spooktacular outings to 2009’s 30 Rock installment, you’ll find fun-filled Halloween goodness at every small screen turn. These episodes aren’t heavy-handed with the scary aspects of Halloween; they’re more aligned with the festive parts of Spooky Season. 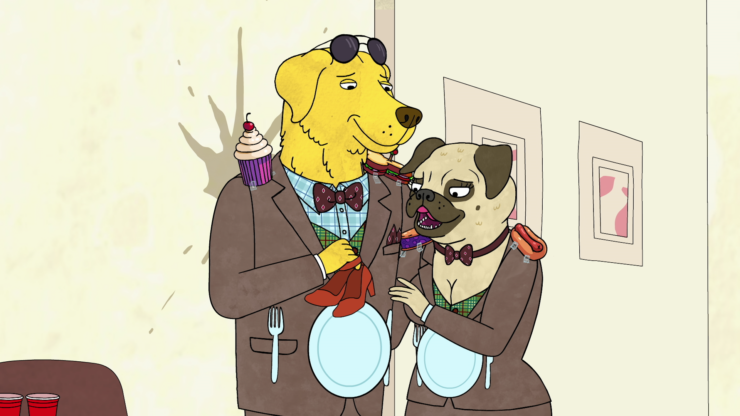 BoJack Horseman toes the line of comedy and drama extremely well, and it’s no stranger to poignant character moments. “Mr. Peanutbutter’s Boos” dives into Mr. Peanutbutter’s romantic history through the lens of past Halloween parties. But the scale tips when Mr. Peanutbutter and his current girlfriend, Pickles, attend BoJack’s 25th annual Halloween shindig.

Of course, we see characters donning eclectic costumes and boogying down for Spooky Season. However, the crux of this episode goes deeper than a simple holiday-themed outing. After all, it’s BoJack Horseman. It’s always deep. 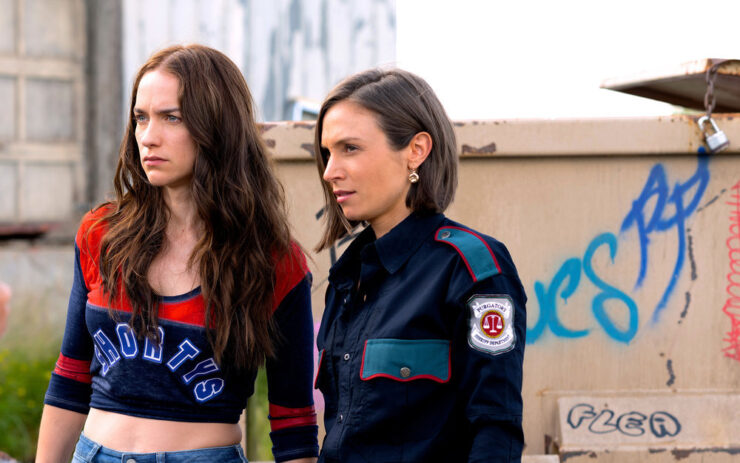 What’s better than a Wynonna Earp episode about Halloween? One that features not just Halloween but also memory-erasing fog lingering on the outskirts of Purgatory, fun costumes, and plenty of Earp sister scenes. Throw in the show’s signature, clever one-liners, Wynonna’s classic snark, banter aplenty, and a stylish monster called Rotten Jack, and you’ve got a recipe for spooky success — or, dare we say, a “Hell Raisin’ Good Time.”

Plus, Doc Holliday as Freddie Mercury from Queen? It’s a surprising combination that Earpers wouldn’t dare to dream of, but it somehow works in the context of this show. 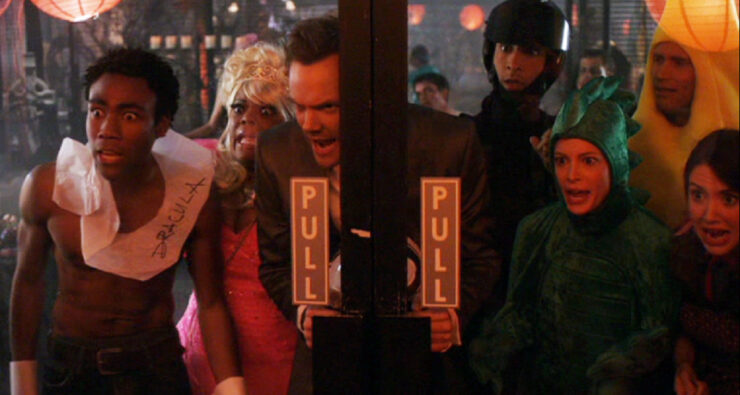 Who would’ve thought that ABBA belonged on a Halloween soundtrack? Not I! Community is known for its endless creativity, meta-humor, abundant pop culture references, and standout comedic performances. Don’t forget to add A+ holiday-themed episodes to that list.

“Epidemiology” is the frontrunner of Community‘s Halloween episodes, in my humble opinion. It plays around with horror movie tropes, i.e., a zombie outbreak and Troy being “the first Black man to make it to the end,” with all of the action punctuated by popular ABBA songs. It’s a delightful episode that goes down in history as one of the show’s best of all time.

“Who Got Dee Pregnant?” 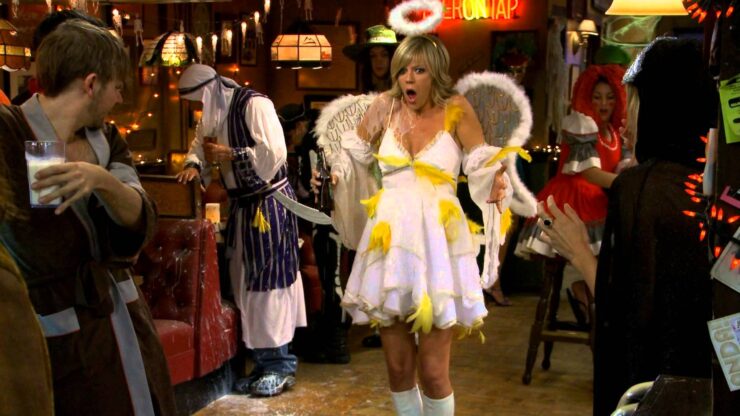 It’s Always Sunny in Philadelphia never shies away from pushing the envelope when it comes to comedy. While the show isn’t known for themed episodes, a few have aired in its 16-year run. “Who Got Dee Pregnant?” throws the gang for a paternal loop as they hazily recall the last Halloween party to determine whether one of them is the father of Dee’s unborn child.

Dennis, Frank, Charlie, Mac, and Dee all relay their respective recollections of that night, and they’re just as twisted as you imagined. Guest appearances from the infamous McPoyles, Artemis, and the Waitress make this a strong outing for the show. Plus, Halloween costumes! 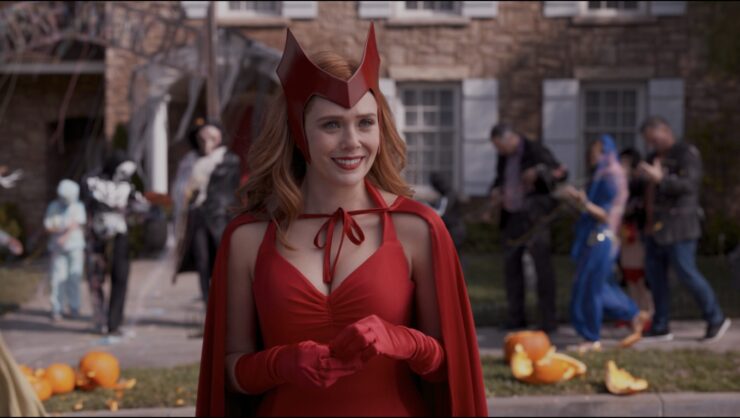 WandaVision‘s “All-New Halloween Spooktacular!” may have felt unseasonable since it first aired in February, but the theme meshed well with the show’s overall aesthetic. You could always count on a good Halloween episode from late ’90s-early aughts TV sitcoms, and this episode pays homage to Malcolm in the Middle with its opening credits and style.

Letterkenny 3.07: “The Haunting of MoDean’s II” 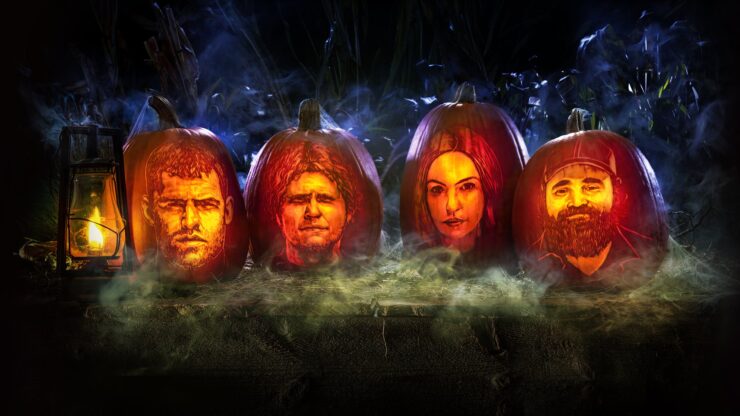 You wouldn’t expect holiday-themed episodes to work on a show like Letterkenny, but “The Haunting of MoDean’s II” is a cracking installment complete with a genuine spook factor, clever rapid-fire dialogue, a botched séance, costumes, and … Bonnie McMurray! It boasts the Canadian show’s usual tongue-in-cheek humor and lightning-fast one-liners that would make Aaron Sorkin green with envy.

Highlight? Hands down, the séance with Stewart, Glen, and Roald. They’re easily three of the funniest characters on the show, with distinct personalities that complement each other well for a scene like this. 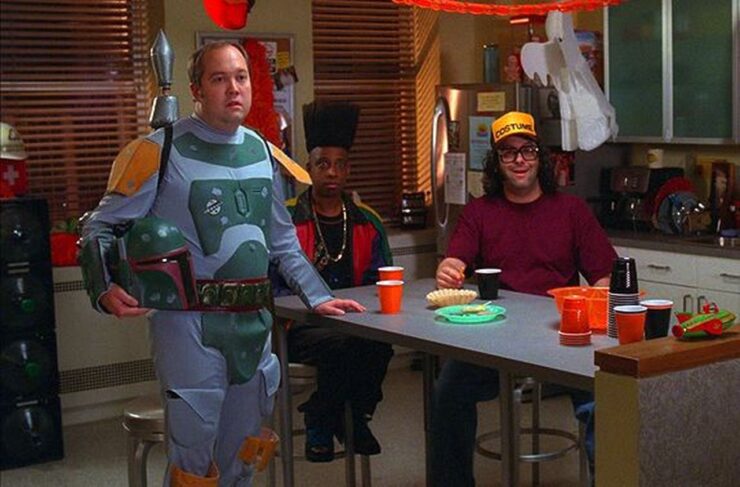 Sometimes all you need is a series of Halloween parties in the background to set the mood, and the “Stone Mountain” episode of 30 Rock does the trick (with more than a few treats). The costumes, decorations, and parties certainly fall in line with Spooky Season.

The A-plot hones in on Liz and Jack’s trek to Kenneth’s hometown of Stone Mountain, Georgia, in an attempt to find a new actor that represents “real America.” Meanwhile, the B-plot finds Tracy trying to avoid the celebrity “rule of threes” and Jenna inviting the writers to various Halloween parties. It’s a consistently funny 30 Rock episode — high brow, witty, and Jack uttering, “Good God, Lemon” every chance he gets. 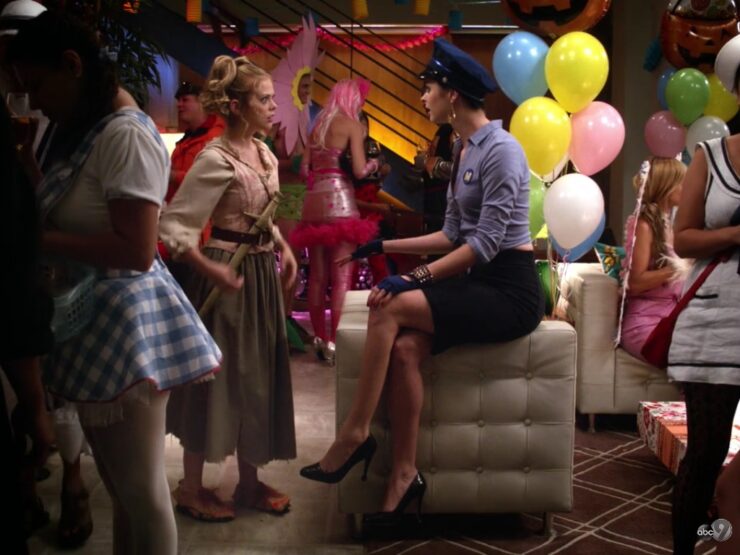 Don’t Trust the B—- in Apartment 23 was a short-lived ABC comedy canceled in 2013, and I’m still angry about it. Season 2’s “Love and Monsters…” explores party girl Chloe’s capacity for love and her knack for Halloween schemes. June obsesses over Halloween while Mark attempts to help James Van Der Beek overcome his fear of the spooky holiday. It’s sharp, kooky, and a downright delight.

“Love and Monsters…” is easily one of the show’s best out of its (sadly) 26 episodes. I’ll never get over James Van Der Beek playing a caricature of himself. 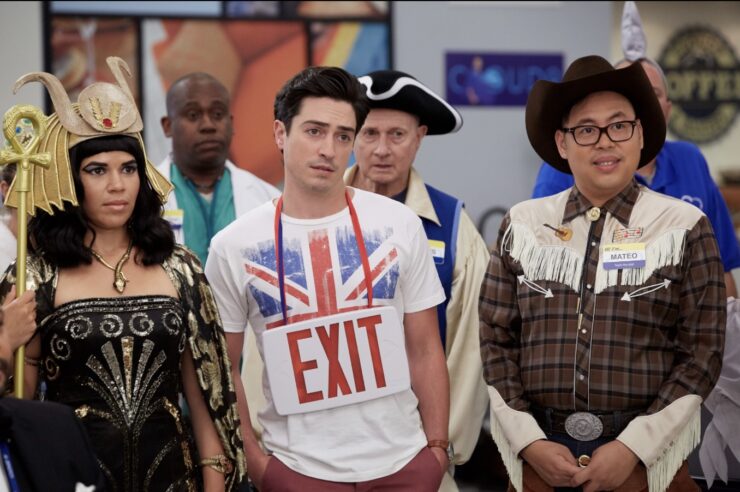 It’s easy to commit to themed episodes when your characters work in a big box store. Superstore has fun with “Halloween Theft,” and it shows. From the outstanding costumes to the on-point comedic timing to the plot, this episode finds a way to incorporate Halloween instead of relegating it to background noise.

As a whole, Superstore excels when it comes to establishing strong character dynamics, and we get to see those at play in “Halloween Theft.” Side note: Remind me to never get interrogated by Dina on Halloween. 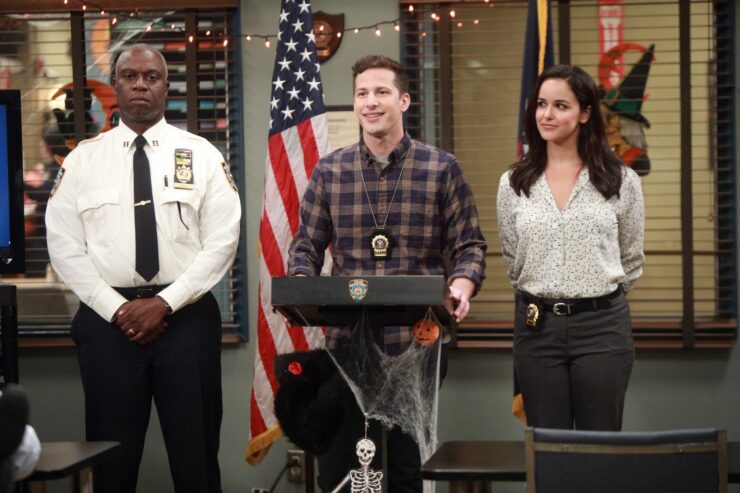 Brooklyn Nine-Nine is the reigning champ of Halloween-themed episodes with their annual Halloween Heists. Well, at least for the first five seasons (the switch to NBC for Season 6 put the kibosh on future seasonal episodes). The fifth Halloween Heist has arrived in “HalloVeen,” and the squad has until midnight to claim the title of Amazing Human/Genius.

What are your favorite Halloween TV episodes? Let us know in the comments below, and don’t forget to Let Your Geek Sideshow!