Battlestar Galactica is, hands down, one of the most nuanced and profound science fiction shows in the universe. I don’t think that’s hyperbole either. It’s a deep examination of what it means to be human and how religion and politics often intersect. Despite the presence of robots and the abundance of sci-fi elements, Battlestar Galactica feels grounded, as if it’s something we could feasibly see in our future (or past, depending on whether you’re from the Twelve Colonies or not).

So, to celebrate the wellspring of wisdom that is this series, I created a list of my favorite quotes to kick your noggin into overdrive. Read on!

Number Six doles out her fair share of thought-provoking wisdom on Battlestar Galactica, and this quote about humanity’s penchant for bloodshed is one of her most profound. Gaius Baltar responds in disbelief, wondering why humankind’s legacy doesn’t lie in music, art, poetry, or literature. Hey, we do a boatload of killing in more ways than one — since the beginning of time. It’s our modus operandi. 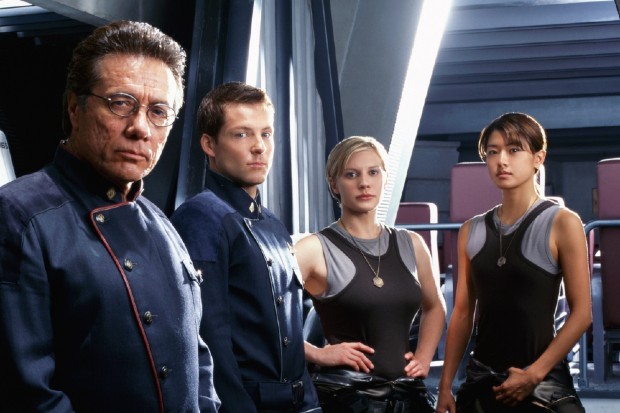 Remember that time when humans created Cylons? Our favorite admiral reminds us that you can’t have your cake and eat it too. You can’t “play God” and then distance yourself from your creation’s misdeeds. It’s all about accountability and acknowledging your mistakes, which is something we could all stand to do in real life. Sci-fi is a brilliant medium for broadcasting humanity’s triumphs and pitfalls. It holds up a mirror, allowing us to see ourselves as we are.

“Sometimes, we must embrace that which opens up to us. Life can be a curse, as well as a blessing. You will believe me when I say that there are far worse things than death in this world.” – Gaius Baltar

Gaius spews profundity from time to time. Life is a mess of complexities and nuance, a mixture of black, white, and gray. It’s a blessing and a curse — sometimes simultaneously. And it’s best if we embrace it all and just enjoy the ride. After all, there are worse things than death in this world. For example, when your favorite TV show is canceled (I kid, I kid).

“Though in war, you can only get killed once. In politics, it can happen over and over.” – President Laura Roslin

Resourceful and resilient Laura Roslin served as the badass President of the Twelve Colonies of Kobol, leading her people to Earth. I think the above quote can relate to social media and how easy it is to say “the wrong thing,” invoking the public’s ire. Perhaps that’s more relatable on a universal level. If you constantly put your foot in your mouth on Twitter, it’s akin to digitally dying over and over again.

“To live meaningful lives, we must die and not return. The one human flaw that you spend your lifetimes distressing over, mortality, is the one thing that makes you whole.” – Number Six 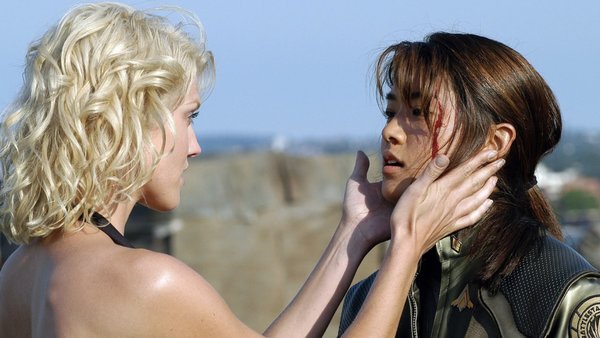 Let’s face it — we’re collectively obsessed with death. Humans are incessantly searching for and finding ways to live longer. This obsession even translates to the entertainment we consume. Just look at how many times certain characters die on genre TV shows. But the inevitability of death gives meaning to life. It should inspire us to live our lives to the fullest. Mortality can’t be a human flaw because it’s something we cannot control. So deep!

“I believe that if God exists, our knowledge of Him is imperfect. Why? Because the stories and myths we have are products of men, the passage of time.” – Gaius Baltar

The discourse surrounding religion is as old as time. Religion can be as divisive and polarizing as it is unifying and humanizing. Well, depending on how you practice, I suppose. Most Christians take the Bible literally and assume any knowledge of God therein is absolute and infallible. However, the Bible was authored by men, and humans are notorious for being imperfect. Plus, you know, that was a long time ago. Moral of the story: We’re not always right. We’re wrong about things most of the time.

“Just because you don’t know your direction doesn’t mean you don’t have one.” – Slick

Ah, young adulthood: A time when you wander through life, dividing your time between a potential dead-end job and partying till you vomit from guzzling boxed wine. Of course, this isn’t a universal experience, but most folks in their ’20s (and ’30s and probably beyond) feel directionless, plagued with questions of “What do I want?” and “Where am I going?” But even when you feel aimless, you still have a concrete path. Your direction is there, just waiting for you to find it.

“Sometimes, you have to roll the hard six.” –Admiral William Adama 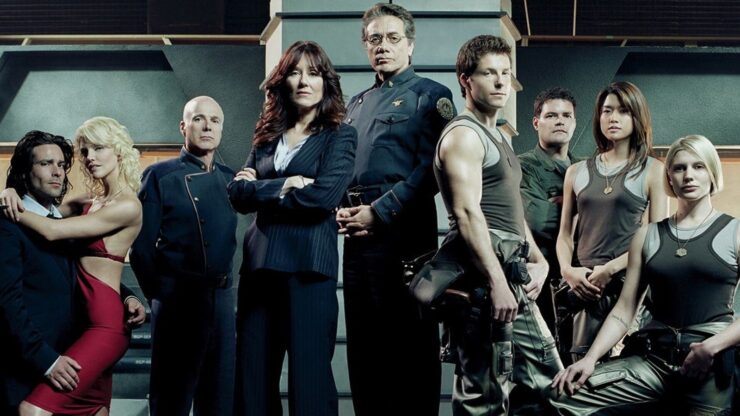 “Rolling the hard six” is an example of a high risk/high reward situation. Rolling a hard six might have a lower probability than a regular six, but sometimes you have to take that chance. Life’s all about taking risks. Nobody ever made history by playing it safe, and you can’t progress in life by sitting back and waiting for opportunities to meet you. So, roll that hard six. You might find the rewards far outweigh the risks.

This quote feels more resonant given the state of the world. Not only that but Laura’s character trajectory makes this line all the more poignant. Laura was diagnosed with terminal cancer and lived long enough to see the fleet arrive on Earth. We often ascribe simple explanations to awful situations, hoping that we’ll somehow control the outcome if we reduce them to their fundamental parts. But so much in life is out of our control, so it’s best to go with the flow.

“All of this has happened before. All of this will happen again.” – Number Six

The above quote is inspired by novelist and playwright J.M. Barrie’s line from Peter Pan. It’s easily one of Battlestar Galactica‘s most repeated quotes, alongside Admiral Adama’s “So say we all.” This line packs more of a punch nowadays as we continue to repeat history. So much of history is cyclical, and even if we learn from it, we’re still doomed to repeat it. It’s how humans operate.

What are your favorite thought-provoking quotes from Battlestar Galactica? Keep the conversation going over at side.show/geekgroup, and don’t forget to Let Your Geek Sideshow!