If you’re deadly serious about your horror and scares, you know that sometimes watching a horror movie just doesn’t cut it. It’s not enough of a thrill to simply wait for some else’s jump scares—you just need more, especially during this glorious, frightening month.

This Halloween season, go one step further. Immerse yourself in nightmarish stories. Become haunted and hunted. Follow along as we journey through the best Halloween video games that will stay with you, even hours after you stepped away from your screen.

Here are 10 of the scariest and most thrilling Halloween video games. 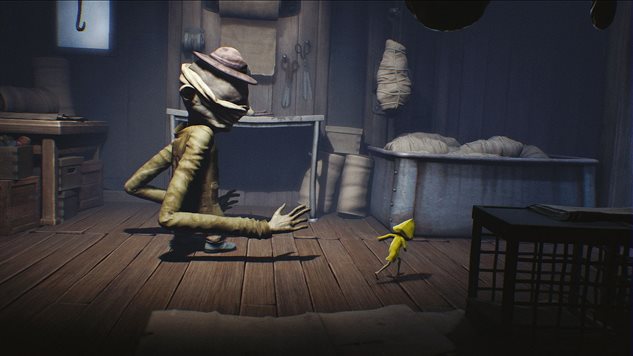 Let’s start the list with a game that has a cute cartoon style but is anything but sweet. The premise of Little Nightmares is simple. You play as Six, a teeny child in a yellow raincoat that’d make Georgie from IT jealous, who is trapped in an oversized monster-filled world.

You can play the puzzle platformer game on PS4, Xbox One, PC, and Switch. The sequel comes out in 2020. 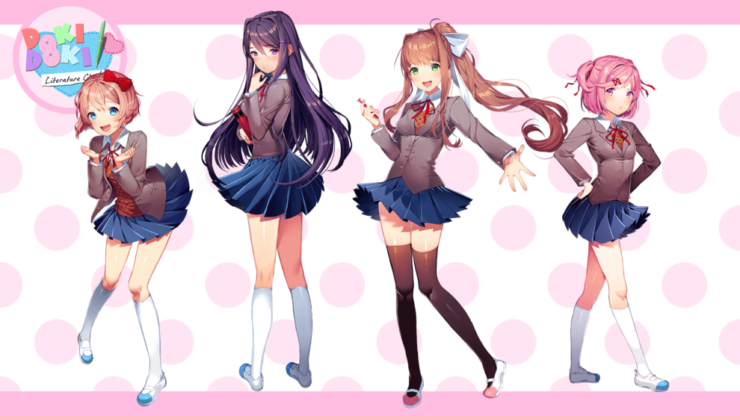 What looks like a lovely romantic visual novel is actually pure meta-fictional horror. We won’t get into too much of the details, as this one is much more fun if you don’t know what is coming. Essentially, you play as the only boy in an all-girl literature club at school. Sound like a dream? It is until very, very slowly things begin to…deteriorate.

If you love games that break the 4th wall and scares that linger in your psyche, this one’s for you. It’s free to play on PC. 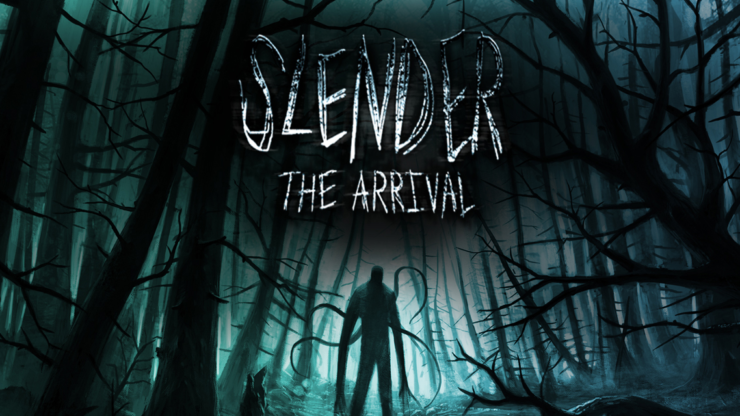 This game proves you don’t need gore to terrify players. Slender: The Arrival manages to be beyond frightening for a few well-executed reasons, including its prevailing darkness, abandoned locations, and the consistent feeling that you are being followed by the Slenderman itself.

The game followed the indie darling Slender: The Eight Pages as its robust commercial reiteration. Dive headfirst into the Slender lore on Xbox, Playstation 3 and 4, Wii U, and PC. The ability to sleep peacefully afterward is not guaranteed. 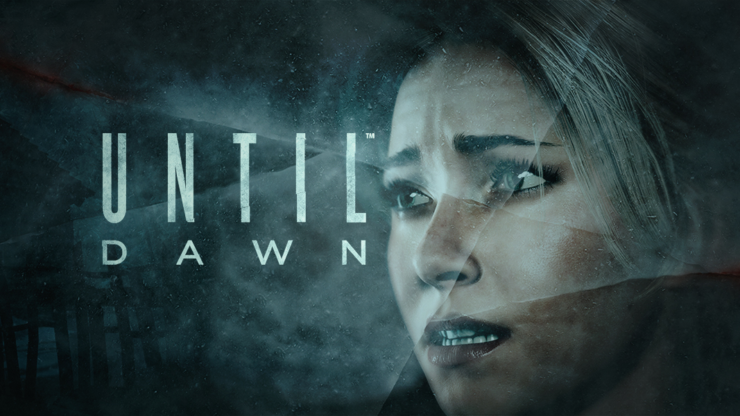 Ever wish you could be part of a teen slasher film? Perhaps you think you’d be the one with enough smarts not to go check what that strange noise was. Until Dawn is a decision-based survival game that includes a ouija board, premonitions, clueless young adults, and—oh yeah, a killer on the loose.

Are you ready to save your friends? See who makes it out alive only on PS4.

Ladies and gentlemen, welcome to the torture that is Outlast. The first-person survival horror game takes place in an asylum. Play as Miles Upshur, a journalist investigating a dilapidated psych ward that turns out to be occupied by murderous patients. Don’t you hate when that happens? This one is available on PS4, Xbox One, Switch, and PC.

Friday the 13th: The Game 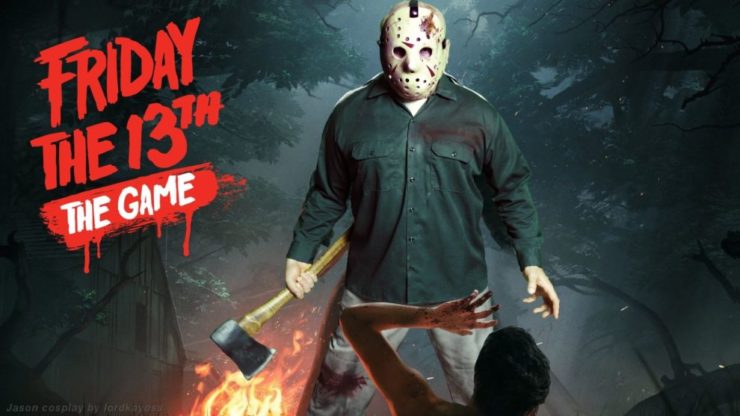 Everyone has their favorite slasher film killer. Freddy, Michael, and Jason are the big three. If you love the latter, instead of popping Friday the 13th into the DVD player this month, run from Jason Voorhees yourself. The single or multiplayer game allows players to choose whether to run from the masked killer as a frightened camp counselor or be Jason himself, hunting down real players.

Are you a survivor or the big bad wolf? Play against your friends and experience major adrenaline rushes as you run and hide—or chase and kill. The game is available on Xbox One, PS4, and Steam. 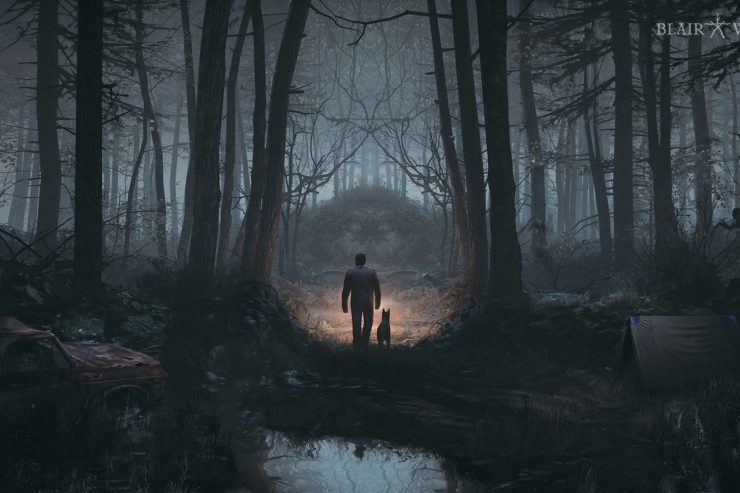 Here’s another game that’s based on a classic scary movie. This one has received mixed reviews. Some players hate it, some love it, and most can at least find a few aspects to enjoy. But it’s on our list of top Halloween video games because, despite its reception, it’ll make you want to sleep with a nightlight on.

Blair Witch has been described by players as a walking-in-the-woods PTSD simulator where the only comfort you get is your dog, Bullet. Take a walk with Bullet and see what the woods have in store for you. It’s available for PC and Xbox One. 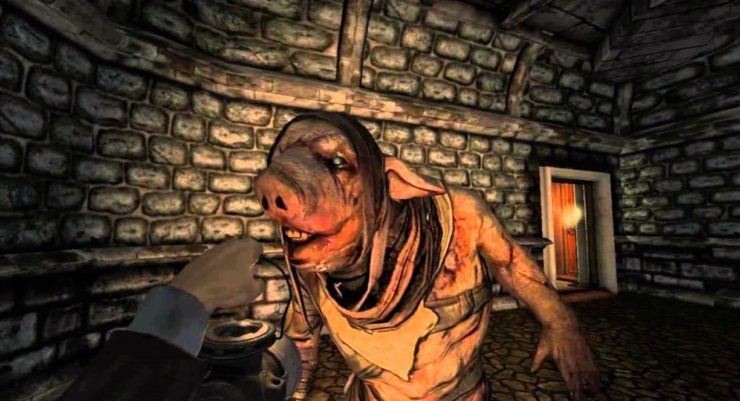 This is not for the faint of heart. No, Amnesia: The Dark Descent is without a doubt one of the absolute scariest games on our list. It has everything the majority of people fear; darkness, monsters, and ZERO weapons with which to ward them off. The graphics here are a definite 180 from the games we mentioned earlier. Instead of cartoony or anime-style scares, expect gore and skin-crawling terror.

The game starts with the protagonist waking through a deserted castle with no recollection of anything prior, and they must recover their memories or lose their sanity altogether. If this is what gets your blood going, check it out on almost any console.

Yes, this one will just about scare the living daylights out of anyone, but the latest Resident Evil survival game is so much more than that. The graphics, atmosphere, story, and mood make this one of the best and worst games to play this All Hallow’s Eve.

Throughout Resident Evil 7, you will play as Ethan Winters, a man who is unwittingly drawn to an abandoned plantation property. Once inside he must find his wife. Unluckily for him, the house just happens to be occupied by a cannibal family and vicious mold-monsters. Try it for yourself on PC, PS4, Xbox One, and Switch. 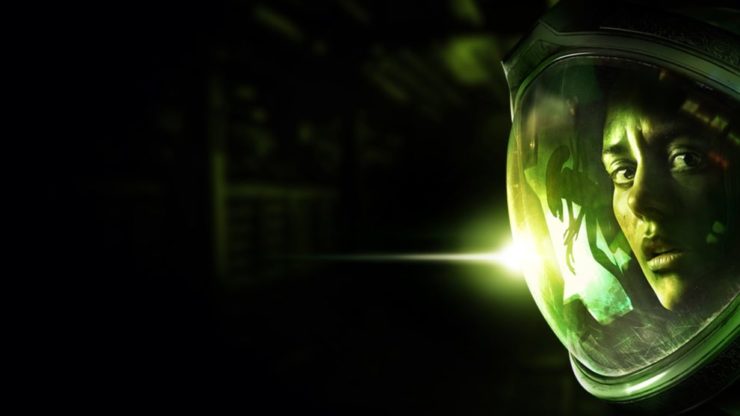 “Discover the true meaning of fear in Alien: Isolation, a survival horror set in an atmosphere of constant dread and mortal danger.”

It’s no wonder gamers time and time again recommend this title for frights and chills. It takes place 15 years after Alien™, where Ellen Ripley’s adult daughter now struggles to survive and discovers the truth behind her mother’s disappearance, all while being stalked by a Xenomorph.

Find it on the most popular consoles. Fans of the film franchise (and those that want a good quality scare) are sure to love it.

Do you plan on celebrating the spooky season with frightening video games? Which do you plan on playing? Let us know in the comments below!