We may be stuck at home but do we really need to feel like it? Self-distancing and efforts to flatten the curve are necessary but, while it may be simple in theory, it is proving to be harder to perform than imagined.

Yes, many of us enjoy working remotely or spending more time with family members but there is only so much downtime people can take before it starts to feel slothful. With the internet, Netflix, and video games, it seems like there would be enough for us to distract ourselves with but, like too much downtime, too much couch surfing can also be a bad thing.

What so many of us are craving is the thing we once took for granted: leaving the house. But, what if you could leave your home for longer than the average time it takes to walk a dog? If you could venture to far off fantasy worlds that you can completely immerse yourself in? It is possible. That is the beauty of escapist fiction.

We may be spending most of our days inside, seeing fewer people than usual, but there are so many wonderful books — with stunning worlds and plots so juicy — that can make you feel like you truly left the house. Bonus point: no one feels unproductive finishing a book.

Where to Buy Books Online

I know what you’re thinking now: even if I do want to read one of these books, most brick-and-mortar bookstores are closed. What now?

No worries. For those craving a physical copy to read, try Amazon, Barnes and Noble, or Thriftbooks. Each bookseller has the option to buy new or used copies at different price points (the latter exclusively sells used books). Kindle, Nook-readers, or those who simply like reading via phones can also find digital copies at Amazon, Apple Books, or Total BooX. Total BooX offers a unique sales approach. Pay per percentage of the book you read. Neat, right?

But for many, finances have been greatly affected by these uncertain times. For those on a tight budget, one of the best resources is the public library. Most libraries have a wide selection available digitally. Visit your local library’s website. If that doesn’t work, or the book you want isn’t available, go to the Internet Archive. The site has responded to the COVID-19 crisis by removing waitlists and allowing anyone online access to over 1.4 Million books — all for free.

Now that that’s sorted out, you are ready, and prepared to explore these four fantastical books:

The Hitchhiker’s Guide to the Galaxy by Douglas Adams 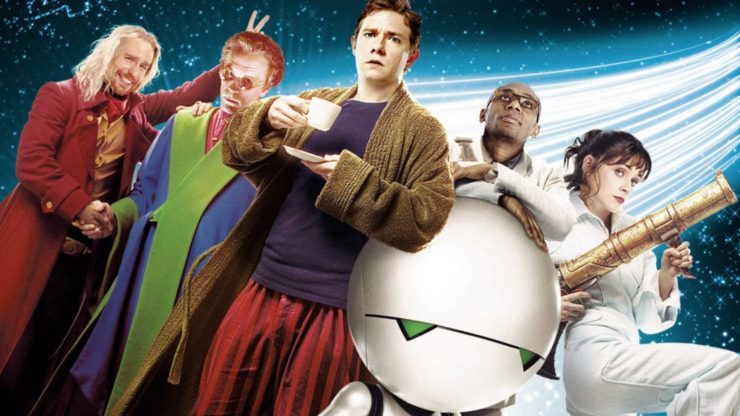 Why you should read it: Space travels and good laughs.

Earth is about to be blown up. It’s nothing personal. It is simply demolished to make room for a space freeway. If this premise seems silly and intriguing to you, this is merely the beginning of a totally absurd, whacky, and hilarious ride through the galaxy.

The Hitchhiker’s Guide to the Galaxy is filled with laugh-out-loud characters and adventures. Pick it up for many belly laughs, then watch the film adaptation to relive it again.

The Vampire Chronicles by Anne Rice 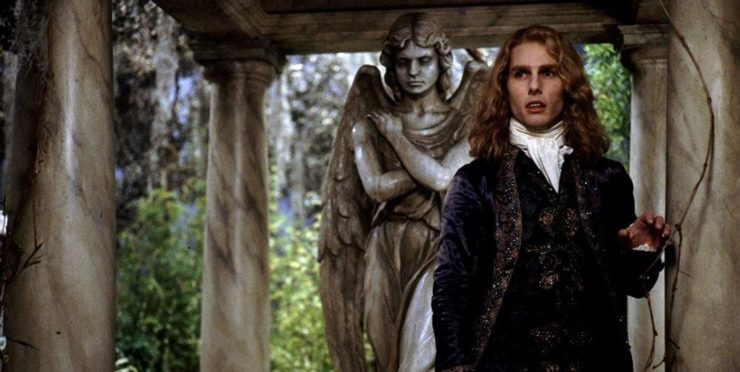 Why you should read it: There are Brad Pitt and Angelina Jolie-like vampires, rich histories, and lush settings.

Start with Interview with the Vampire — or any one you fancy, really — and see a world rich with beautiful and nocturnal creatures, sometimes exploring modern-day New Orleans and, at other times, revisiting ancient days in Egypt and even as early as the year 200 AD. Her vampire world also isn’t limited to fanged foes. Witches and all things paranormal lurk within most of her books.

The Colour of Magic by Terry Pratchett 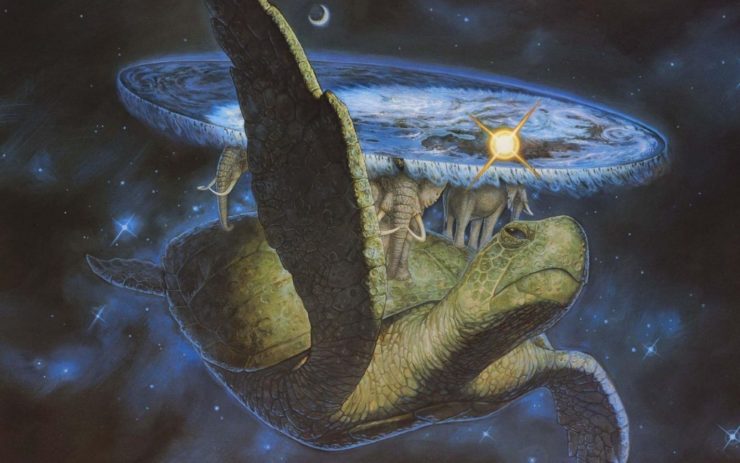 Why you should read it: It’s a story with Mark Twain wit, Douglas Adams silliness, and world-building akin to J.K. Rowling’s.

It’s the first book in Pratchett’s Discworld Series and, similar to the levity of The Hitchhiker’s Guide to the Galaxy, The Colour of Magic is a light-hearted approach to fantasy. In his imaginative world, there exists a wizard on a world like ours, except his is flat, resting on 4 elephants, on top of an enormous turtle, and traverses the depths of space.

Pratchett has been compared to both Kurt Vonnegut and Mark Twain, and considers himself a humorist. If magic with a whole lot of humor is what you are in the mood for, The Colour of Magic should be added to your TBR list. Doctor’s orders. 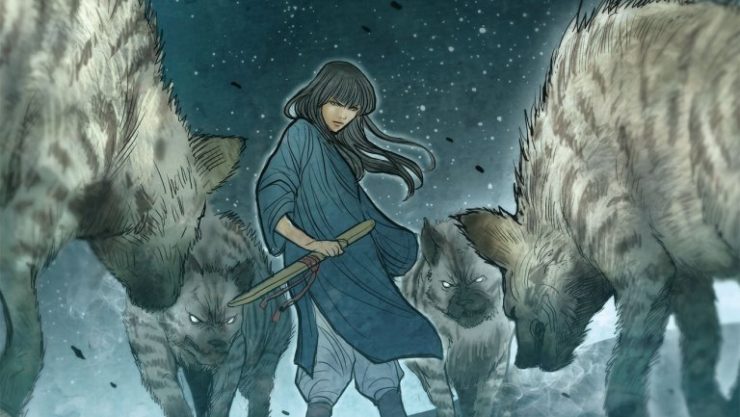 Why you should read it: Gorgeous art-deco inspired illustrations and quick pacing will make you feel like you’re watching anime.

Steampunk fantasy is not often critically praised but that’s because the world has been waiting for this one- Marjorie M. Liu’s Monstress. Liu’s story is technically a graphic novel but, it could have been a traditional novel, too. There’s enough story and substance to keep you engrossed far after the book is closed.

The first volume is a page-turner. There’s a terrifying auction, the promise of great magical abilities from Maika Halfwolf, and a monster that eats people. It may sound initially bleak but its rich, mystical illustrations counteract anything too heavy.

Are you reading any good books? Which book from your to-be-read list will you pick up first? Let us know in the comments below and don’t forget to Stay InsideShow!