There’s no question about it — the Star Trek franchise has made a huge impact on the world. Not content with just shaping the way TV dramas are made, it has also inspired generations of scientists, astronauts, creatives, and those fighting for social justice.

Space shuttles and actual stars have been named after ships and characters. Technology has been influenced, from the flip phone to the tablet. And lots of people have felt a hope for a future in which mankind crawls out of its infancy, stands up on two feet, and joins something larger than itself, leaving hatred and poverty behind.

Fifty-five years ago, on Sept. 8, 1966, the pilot episode of the original series, “The Man Trap,” premiered. There are countless ways Star Trek has broken new ground in the areas of science fiction and television but a few times, the franchise has made an even bigger difference. To celebrate Star Trek Day, here are a few of the moments whose impact can be felt even decades later. Some moments and episodes did it through top-notch storytelling, and others did it through inclusion and diversity. They influenced what we now see on TV, shaped childhoods, and showed people that humanity is inherently noble and dignified – if given room to grow.

5. The Kirk and Uhura Kiss – The Original Series 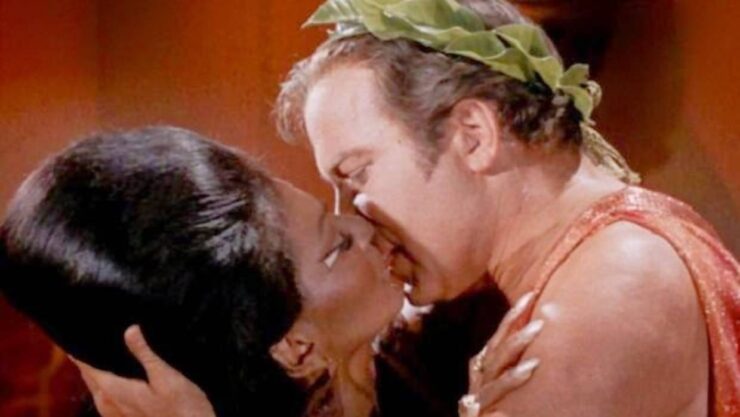 Star Trek has fought discrimination from the very beginning. First of all, The Original Series featured several Black characters in important science and government positions. Most notably, Lt. Cmdr. Nyota Uhura was the Enterprise’s respected communications officer. This character inspired many people, including young Black women, to pursue world-changing careers. She even inspired NASA and the Space Program.

In the 1960s, the Civil Rights movement was in full swing, and Black women weren’t often seen in important TV roles. With Nichelle Nichols’ role as Uhura, legendary figures like Martin Luther King Jr. could appreciate a story that showed equality between people of all races. He even told this to Nichols when they met.

One Uhura moment in particular played a part in changing the television landscape. In “Plato’s Stepchildren,” the character kissed the show’s white lead, Capt. James T. Kirk. Though they were forced to do so by an alien race, the characters didn’t seem to reject the idea of kissing — they merely rejected the idea of being controlled for non-consensual entertainment.

This was one of the first instances of an on-screen interracial kiss, and it truly made an impact. The network was worried that the kiss might be too much for some people in the South, but it ended up very well-received. To people with wise souls, the moment was a beacon of hope for a future in which racism and discrimination were relics from the past. 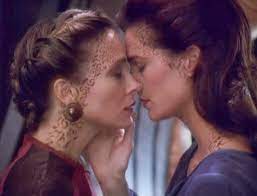 Another episode that honored underrepresented groups came much later with the third live-action TV series, Deep Space Nine. While the show broke ground in many ways and greatly influenced later plot-based dramas, one of the most important things it did was take risks, especially with the queer kiss in the episode “Rejoined.”

Jadzia Dax, a dual being of a humanoid and a “belly worm,” tries to distance herself from her past lives – she has the collective memories of seven different hosts, making each member of her species something like its own family or village. Despite this, each host for the symbiont tries to move on with its life and forge a new path, taking care not to become romantically involved with past mates.

That changes when the spouse of one of Dax’s previous hosts arrives on the station for a scientific project. Dax’s former mate now inhabits the body of a woman named Lenara. The pair try to keep their relationship professional, but their desire becomes inflamed and they fall in love all over again, culminating in a passionate kiss.

Two women kissing on a popular TV drama was rare in the 1990s, and there were obviously some anti-LGBTQ people who didn’t want something like that on the screen. The showrunners took a risk alienating any judgmental fans, but the move was largely successful. Many saw it as a stepping stone for the LGBTQ community toward normalizing queer representation in media. 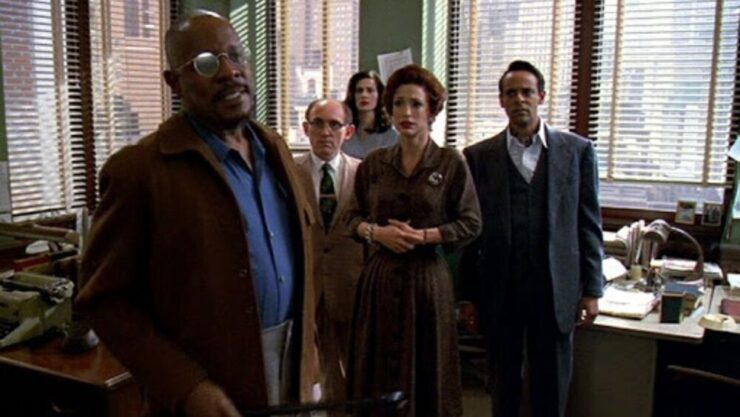 For many Trekkies, Deep Space 9 was the best series overall. It’s been viewed as darker, more complex, and more emotional than any other title in the franchise. Lots of drama and life occurred on that influential, sprawling space station.

The actors and the writers are the ones we have to thank. DS9 was much more serialized than the other shows, employing several concurring plotlines at the same time. It was like Game of Thrones before Game of Thrones.

The Dominion War was the central storyline. Many episodes centered on the war were simply spectacular, especially the last few that made up the series finale. Numerous moments in these stories could be seen as groundbreaking — but the most amazing moment of the series was in an episode that, while threaded through the war plot, mainly focused on other things.

“Far Beyond the Stars” sees Capt. Sisko subjected to an intense, weeks-long vision by the Prophets. Like Picard in “The Inner Light,” Sisko lives someone else’s life. But unlike Picard, he doesn’t remember who he really is, aside from brief flashes of his life on DS9. The Emissary of the Prophets and his friends become science-fiction writers in the 1950s. His enemies, Gul Dukat and Weyoun, become brutal and racist police officers.

Racism is in fact the main theme for the episode. Sisko’s alter ego, Benny Russell, is harassed and eventually beaten by police, illustrating how difficult it can be to be a Black man in America, particularly in the 1950s. Avery Brooks, who plays Sisko, does a wonderful job of conveying emotion, ranging from giddy joy to intense despair. He actually directed the episode as well.

The defining moment is at the end of the story, where Benny is fired from his job for being Black and trying to put Black people in his stories (the character actually writes DS9, which brings up the question of which reality is actually real). The character suffers a devastating mental breakdown, and Brooks clearly put every ounce of his soul into this scene. 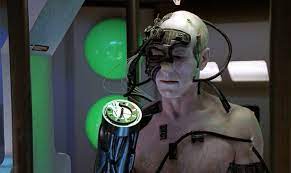 The Next Generation got off to a rocky start. Seasons 1 and 2 were plagued by a lack of drama or conflict, and nothing beyond the pilot felt particularly engaging for many critics and fans. People wanted spectacle, complex characters, and suspenseful storylines. They finally got all that with Season 3.

The full bridge crew received a lot more attention from the writers. A well-conceived background was explored for all the characters, including an engaging mythos for Worf and the Klingon Empire. In addition to the smart stories, things were in general just more exciting.

The perfect example of Season 3’s brilliance is found in the finale, which continued in a second part as the beginning of Season 4. Brilliant and iconic, “The Best of Both Worlds” has gone down in history as one of the best Star Trek episodes of all time.

The Borg, introduced in Season 2, launch their full attack on the United Federation of Planets. The Enterprise-D pursues a massive Borg cube, only to lose the most important member of the crew – Capt. Jean-Luc Picard.

The cultured Frenchman is captured by the enemy, becoming the first person we see assimilated by the Borg. He is transformed into one of them, a liaison between the invaders and the invaded. Called Locutus, he leads the mission aboard the Borg ship, appearing on the Enterprise’s viewscreen as a threatening and formidable enemy. The crew all express total shock upon seeing him, and all hope seems to flee away.

This moment is the cliffhanger of all cliffhangers, setting the bar for TV cliffhangers and suspenseful shows in general. People watching it now for the first time will feel just as excited as the fans watching it in 1989.

In addition to its dazzling special effects, grander scale, and darker themes, Star Trek: Discovery broke ground in even more important ways. The franchise has always dabbled with gender stereotypes and sexual orientation, but Discovery did a lot more than just give hints. For three seasons, it’s been working hard to be an inclusive show with representations of many types of people. As the Vulcans say: Infinite diversity in infinite combinations.

Rather than one groundbreaking moment, Discovery has a couple of closely related plotlines that have made Star Trek history. The show is the first Star Trek series with an openly gay couple, Lt. Paul Stamets and Dr. Hugh Culber. Their relationship is complex, emotional, and realistic.

The other groundbreaking storyline involves a teenager they essentially adopt, a non-binary human named Adira (Blu del Barrio) serving as host for a Trill symbiont. Adira has a boyfriend as well, Gray, portrayed by transgender actor Ian Alexander.

Star Trek has always been about a universe in which all humans — and aliens, for that matter — are equal. The franchise has always strived to include multiple cultures and ethnicities, and many are excited that it now includes greater representation for the LGBTQ community.

How do you think Star Trek has broken ground? How has it impacted your life? Let us know in the comments, and don’t forget to Let Your Geek Sideshow.