The Jemaine Clement and Taika Waititi universe is expanding (the JCTWU? JTU?)! What We Do in the Shadows started as a cult indie flick with little exposure beyond its limited release in the US. Then, it morphed into a spin-off series of the same name on FX, lauded by critics and fans alike.

Wellington Paranormal seems to be a hit on which everyone is sleeping. Of course, some folks might not enjoy mockumentary-style shows or the incredibly dry humor that permeates the other side of the world. But those folks are wrong (she says, jokingly). Here are five reasons why you should be watching Wellington Paranormal.

It Shares Many Similarities With What We Do in the Shadows 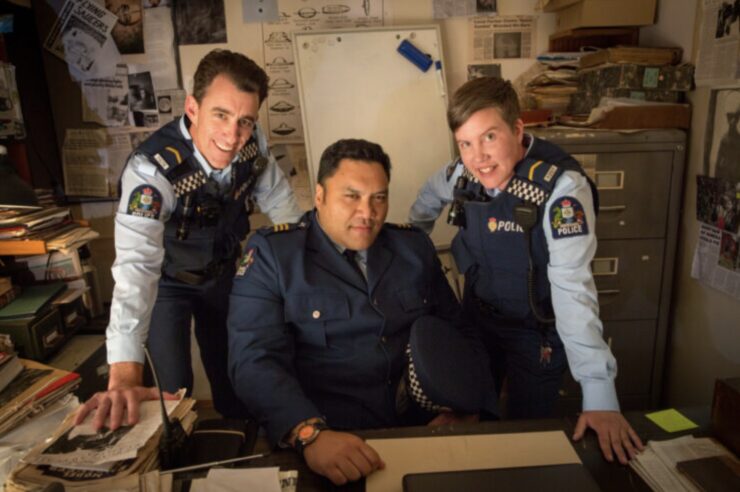 Not only is Wellington Paranormal a “sister show” of sorts to the What We Do in the Shadows properties, but there’s a character connection between them. Minogue and O’Leary were the two officers that paid Vladislav, Viago, and Deacon a visit in the 2014 film. Naturally, vampiric hijinks ensued, but the Wellington police officers were totally oblivious to it all.

The writers and creative minds behind Wellington Paranormal do an excellent job of emulating what works for What We Do in the Shadows: the brand of humor, the clever jokes, the bumbling yet endearing characters, and the wacky supernatural elements. And, of course, the mockumentary format that occasionally takes the “shaky cam” route for action-packed sequences. Even the color palette is quite similar for all three IPs — dark, muted colors that undoubtedly represent the creatures of the night.

Lightning strikes three times, folks. At least as far as the JTU is concerned.

This just in: Many Americans don’t have a predilection for dry humor. To me, it’s hysterical, especially if you mix the right ingredients. To start, you need the right actors. Certain performers may be ill-suited for sardonic comedy. It requires a more natural approach instead of emphasizing “funny” dialogue for comedic effect. The dry humor in Wellington Paranormal perfectly suits its story, setting, and characters. It just works.

The jokes land. The wordplay and cleverly written dialogue will have you rewinding certain scenes for a second watch. There’s always a discovery to be made with every rewatch. Good TV does that.

But it’s not just the dry humor that elevates the action. This show utilizes slapstick/physical comedy in a way that’s effective and hilarious. Throw in supernatural phenomena, and you’ve got a recipe for success. In addition, the running gags are legendary. They consistently make me laugh, are well-executed, and never overdone.

The Buffoonish Yet Lovable Characters 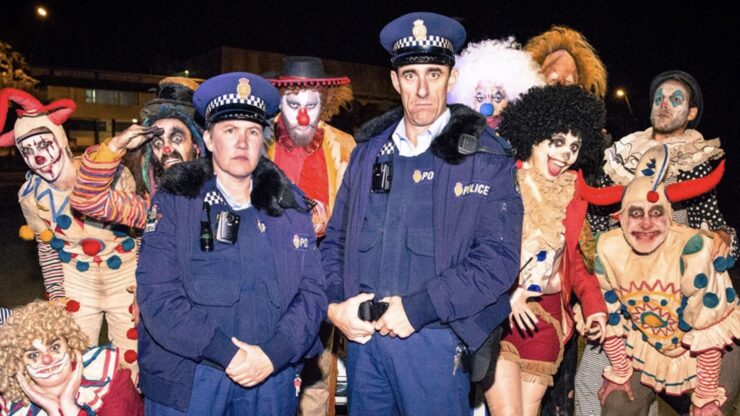 Minogue, O’Leary, and Maaka are all distinctly unique personas that are thoroughly established in the pilot episode. It’s a rarity when you have a firm grip on main character identities right out of the gate. Minogue is a bit dense and tends to take everything literally. Metaphorical language soars over his head. O’Leary is the “straight man” to Minogue’s slightly over-the-top personality. She’s a mite more levelheaded.

Sergeant Maaka is the feigned “know-it-all” who believes he has an ironclad grasp on the supernatural when he hires O’Leary and Minogue to spearhead the “Wellington Paranormal” division. However, behind all that bravado, you see a man who’s as clueless as his subordinates.

Overall, the trio encapsulates the buffoonish-yet-lovable character trope. They’re not even that adept at being regular cops, and they fail exponentially more so at reining in supernatural forces. But those endearing qualities they possess make you root for them. Their obliviousness to obviously paranormal things never ceases to elicit a laugh from me. 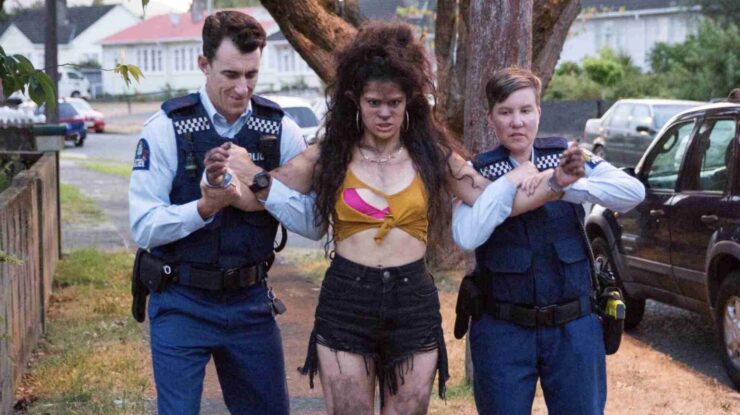 Vampires! Ghosts! Werewolves (not swearwolves)! Zombies! Wellington Paranormal has them all. These creatures aren’t formidable or terrifying, but that’s a-okay. It’s more character driven and more about how the primary characters react to what’s happening around them. In this case, the monsters are secondary. I’d say the supernatural beings are reminiscent of Buffy the Vampire Slayer in that the makeup/effects aren’t “up to par.” However, that could be intentional. Their appearances seem to be exaggerated for comedic effect.

In fact, the paranormal creatures are funny in their own right. There are scenes aplenty wherein the monsters take front and center, amping up the physical comedy to the nth degree. This isn’t a horror series, and the paranormal isn’t meant to be scary — it’s more like a spoof of horror tropes and characters. 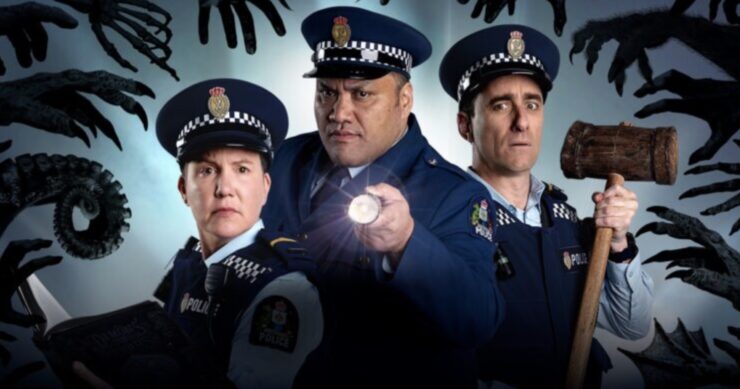 Mike Minogue, Karen O’Leary, and Maaka Pohatu play off each other so well. Each actor brings something special to the table. Notably, Minogue and O’Leary share electrifying chemistry, with both portraying somewhat different characters that mesh well together. All three performers harbor an innate, natural ability to remain grounded even amid the most outlandish of circumstances.

It’s that truthfulness that makes their performances so hysterical. They don’t “play at” the scenery. Rather, they become it. The performances flow like honey here. Everybody gets a proper chance to shine.

Be sure to tune in every Sunday at 9 PM on The CW for new episodes of Wellington Paranormal. What are your favorite things about the show? Let us know in the comments below and don’t forget to Let Your Geek Sideshow!