Halloween isn’t just a great time to dress up as your favorite horror characters or pop culture icons, it’s also a wonderful time to get together with your closest friends for a night of unabashed spooky debauchery. It’s a night when the party calls for some dangerously fun activities, and what better way to enjoy each other’s company than with a chilling board game or two?

With that in mind, we’ve gathered some of our favorite tabletop games you can play in one sitting that will provide ghoulishly good fun this All Hallows’ Eve. The Thing: Infection at Outpost 31

Developed by Project Raygun and Mondo, The Thing: Infection at Outpost 31 is a tightly wound secret identity game that closely follows the events of John Carpenter’s 1982 film. Players take on the role of any of the main characters from the movie (MacCready, Childs, Blair, etc.), and try escape the Antarctic research station before being bested by “the Thing.”

At least one player begins the game already infected by the alien virus, which means you won’t know who to trust from the first roll of the die to the last. Each game only takes about an hour, and with room for up to eight players, it’s a sure fire way to figure out which of your friends is the best liar (and who can recite the most memorable quotes from the movie). 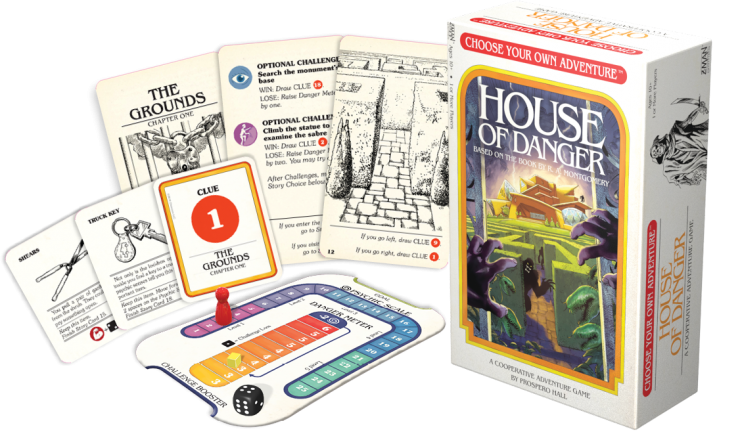 Choose Your Own Adventure: House of Danger

ZMan Games released this card game based on the classic Choose Your Own Adventure novel series earlier this year. The great thing about it is there is no limit to the number of people who can play, as it’s a cooperative adventure where all players work together to solve the mystery at the House of Danger.

The game is broken down into chapters, which come as individual decks of cards, with each ramping up the suspense the deeper you delve. It does only take about 20 minutes per chapter, so you can blow through all five quickly if you want. Thanks to the ability to choose the outcome of each decision, no two games should play the same way, which adds plenty of replay value. If you and your friends are as geeky as we are, you’ve no doubt heard of the game Werewolf in some capacity before. Developed by Bezier Games, One Night Ultimate Werewolf puts you and up to nine friends in the roles of villagers and werewolves. The various villagers have different limited abilities to help sort out who’s a lycanthrope and who isn’t by morning, and if they don’t the werewolves win and eat everyone.

This “one night” version of secret identity game has been streamlined to take only 10-15 minutes per game to play, allowing you and your friends plenty of time to get in multiple games to determine who makes the best werewolf. With a free special app to moderate the game, it’s incredibly easy to set up and play too. 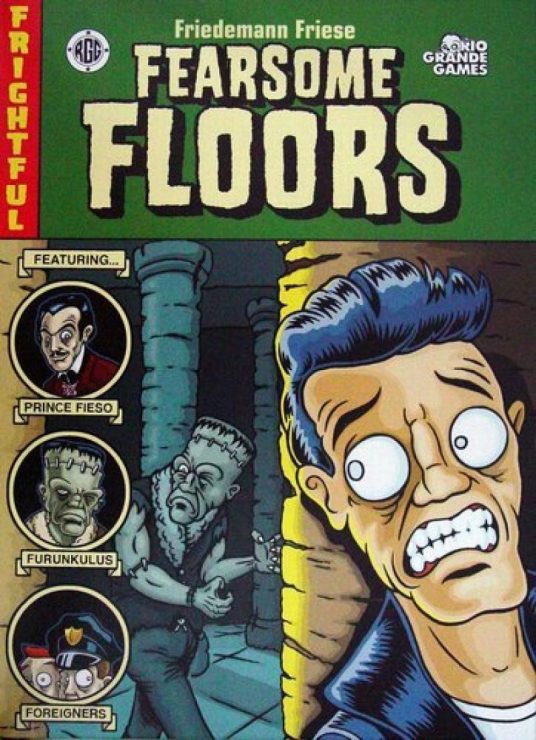 If you’re more of a traditional horror fan and like movies where there’s a single monstrous threat out to get some hapless heroes, Fearsome Floors is right up your alley. This Friedemann Friese game puts players against a game-controlled monster as they try to escape from the haunted habitat before being captured.

The board is one big tiled map, with the monster and each player character having different movement requirements to traverse it. There are no attacks or special ability cards here. It’s just you versus your friends in a battle to see who can escape from the castle the quickest. There are some sneaky strategies to use with teleportation tiles and moveable stone blocks, but beyond that it’s an easy-to-learn game of keep-away that should provide plenty of close calls and laughs. 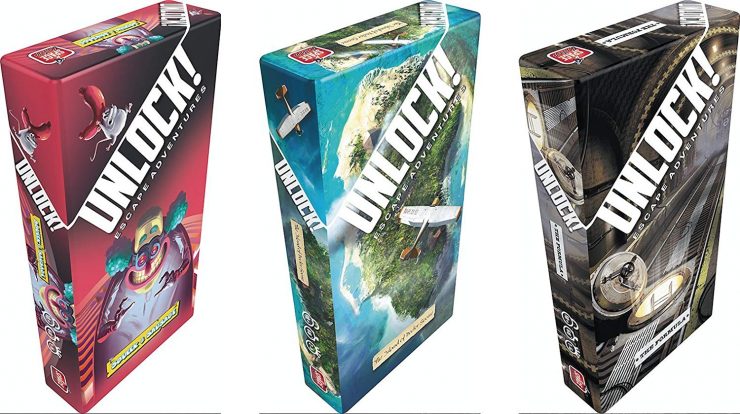 Though Unlock! Escape Adventures may not be as creepy as the rest of the games on this list, that doesn’t make it any less enjoyable to play with friends during a Halloween get together. The Space Cowboys-developed cooperative card games masterfully bring the vibe and feel of real-life escape rooms to a format that’s perfect for your living room.

Three different escape scenarios are offered in the core box, and there’s even a free app used to make some puzzle elements even more interactive. All three games feature increasingly challenging obstacles, and can be completed in a reasonable timeframe. That is, as long as you and your friends can work together to escape.

Looking for more spooky ways to play?  Check out our giveaway for Court of the Dead: Mourners Call from Sideshow and Project Raygun!