Every industry has been affected by COVID-19, and sadly, movie theaters aren’t immune to the pandemic. In fact, it was one of the first industries to be impacted by COVID-19 which means all theaters are closed until further notice.

Movie-goers saw films like The Invisible Man, Emma, and The Hunt flounder at the box office and then come out for digital rental quickly after. Then came the rescheduling of major films like Black Widow and the latest Bond movie. But, for a time, Wonder Woman 1984 held on hopefully to its June date. Alas, the great Amazonian warrior princess, too, had to walk her release back to August 14th.

Of course, this is for the best, but it still stings. Luckily for movie buffs and Diana Prince fans, there are so many amazing comics in the Wonder Woman vault. Reading these will help ease that sting and pass by the time until we can finally see our fierce goddess on the big screen. (If you’re looking for resources to access comics digitally while many stores are shut down, check out The Comics Haul Digital Reading Resources.)

Let’s take this time to relive, learn, and indulge in the best Wonder Woman comics that tie in perfectly with WW84.

Who should read it: Those who were completely wowed by images of Diana’s new golden armor.

Wonder Woman 1984 seems to have it all: complex villains, an intriguing plot (um, how’d you get here, Steve Trevor?), and dynamic visuals. Patty Jenkins didn’t just rely on the usual colorful ‘80s aesthetic. She bumped up the visuals and amazed fans by including one of Diana’s boldest getups in comic history. That’s the Golden Eagle Armor.

Anyone who needs more golden Gal Gadot should pick up the 1996 4-issue miniseries Kingdom Come, by comic book powerhouses Mark Waid and Alex Ross. This is the first time Woman Woman dons her newly famous armor. There are some differences (this version has Wonder Woman in an actual eagle helmet!) but isn’t that all the more reason to give it a read? 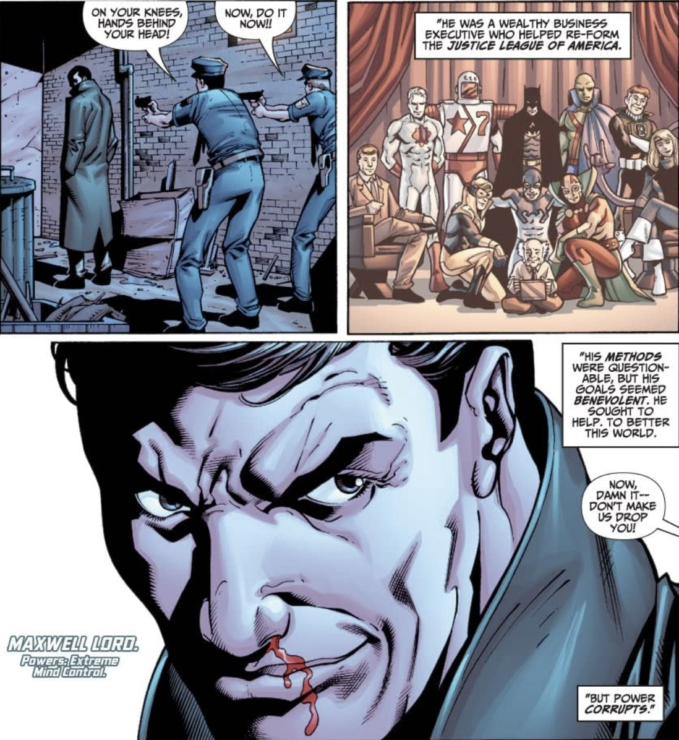 Who should read it: Anyone who wants a better understanding of WW84’s true villain.

Every invincible superhero needs an equally matched villain. It’s what made Marvel’s Infinity War so damn good. While the former film had Thanos, Jenkins has given our golden girl an equally fierce Maxwell Lord.

But who is Pedro Pascal’s character? If you’re not too familiar with his character, read Justice League: Generation Lost. It’s not his first appearance but it is a riveting, fast-paced action story. It shows Maxwell at his best — which means his worst.

I’ll try to keep the spoilers out of it but it includes major DC characters like Wonder Woman and the Man of Steel. There is also mind control, memory wiping, and not all heroes make it out alive. 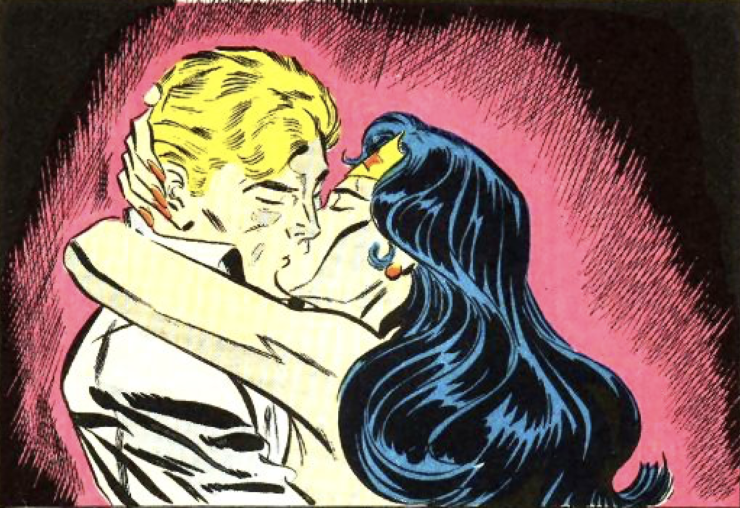 Who should read it: Anyone who wants more good-guy Steve Trevor.

If your favorite scene in Wonder Woman isn’t the blockbuster moment in No Man’s Land but the tender moment that comes after, when Steve shows Diana how to dance, you may want to go classic Wonder Woman.

Volume 1 has everything you can expect from a classic WW story: her kooky invisible jet, Greek gods like Hades and Ares putting humankind in jeopardy, and, like the dancing scene, sappy romance. Even during an all-world battle, Diana and Steve can’t help but find one another.

It has some of the best Diana-Steve romance, including Steve calling Diana an angel, battling side by side, and *SPOILER ALERT* a marriage done by a little god you may have heard of called Zeus. 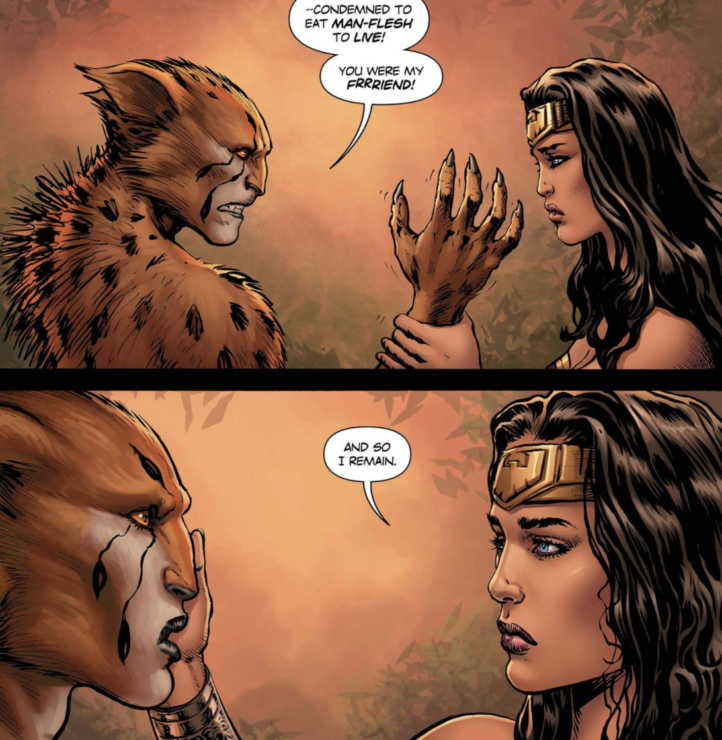 Who should read it: Anyone looking to get a sneak peek into an emotionally complex Cheetah.

While Maxwell Lord will likely call the shots in WW84, everyone knows it is Cheetah, formerly known as Barbara Ann Minerva, that is Wonder Woman’s truest foe. The character has had many iterations since 1943 but if you want to get to know Patty Jenkins’ version, nothing comes closer than the DC Rebirth version in “The Lies” Chapter 2. It was a soft reboot of the character by Greg Rucka and Liam Sharpe that gave Cheetah some complex motivations and tragic history.

Pick up a modern take on Wonder Woman’s arch-nemesis. In Chapter 2, Diana and her old friend must team up to solve a mystery in Themyscira and, in the process, rediscover their relationship with one another.

Batman and Robin: The Hunt for Robin 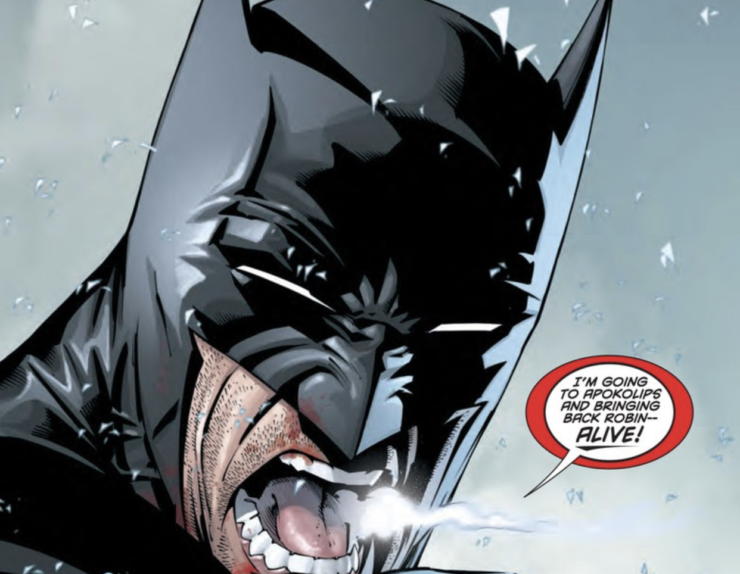 Who should read this: Curious minds who want to understand the logistics of Steve Trevor’s resurrection.

Maybe you are still trying to wrap your head around the reappearance of Steve Trevor. If you are, just know that this mental gymnastics activity includes you and the rest of the internet. He died in the last film, right?! How could he possibly come back?

Well, this is comics we’re talking about and in comics there is always a way to undo any major moment, especially death. In this case, it’s the Chaos Shard that may be the reason Diana’s former beau is back.

Like an Infinity Stone, this DC rock has an exceptional power: it grants wishes. In the trailer, Maxwell alludes to the shard’s powers, saying, “Think about having everything you’ve always wanted.” Of course, Wonder Woman wants Steve and Barbara wants power, but what else has the Chaos Shard granted? Who else has sought its gifts?

Give Batman and Robin: The Hunt for Robin a read to see how the Chaos Shard affected none other than the Caped Crusader, Ra’s al Ghul, and Damian Wayne.

What do you think about the movie’s delay? Will you read a Wonder Woman comic to help pass the time? Let Your Geek Sideshow and let us know in the comments below!

Revenge of the Fifth, MAJOR Star Wars Update, and more!

Roll the End Credits: The Best of Star Wars Beyond the Movies