X-Men fans rejoice! Dark Phoenix finally premieres in theaters on June 7th. The film will be the seventh and final Fox X-Men installment. It’s bittersweet news but can you think of a better way to end off the series with a bang than by retelling one of Marvel’s best comic storylines? The Dark Phoenix Saga is truly the X-Men at their best.

Dark Phoenix (2019) will be Fox’s second attempt of reiterating the Dark Phoenix story, but if you’re like the rest of the fandom, you know The Last Stand doesn’t really count. It just did not deliver. The film reduced all the fantastic and emotional complexity into an odd, incomprehensible mess because it completely ignored the cosmic aspect of the original comic. This time around, Dark Phoenix seems to be doing the legendary storyline right.

Keep reading to get a refresher on Jean Grey’s evolution from an omega-level mutant to the Dark Phoenix itself. 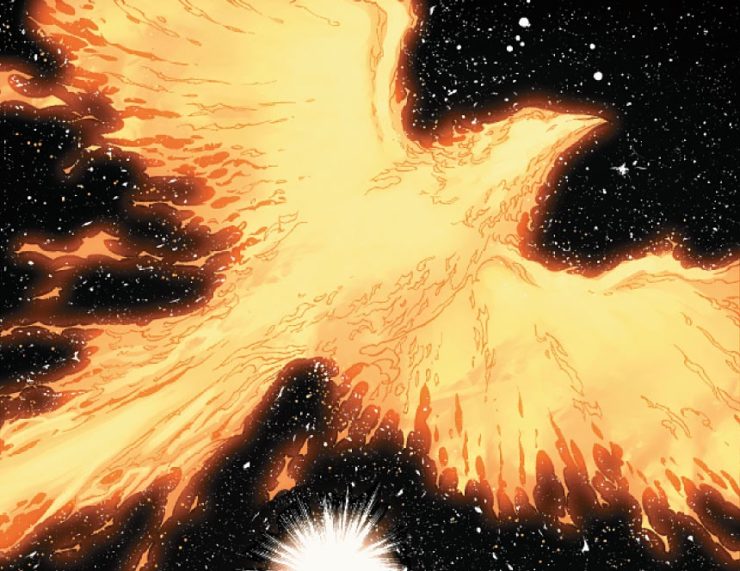 The Phoenix Force is a cosmic entity that takes the appearance of the majestic winged bird. Rightly named, because it was reborn in the Big Bang. It was there in the final moments of a previous universe, choosing to save all life from pure obliteration. It is a child of the universe, the nexus of all psionic energy in the entire Omniverse, and the Guardian of Creation—both of which it controls in the present moment, but the Phoenix also controls the potential of future psionic energy and life. It is that powerful.

The Phoenix Force can eliminate or grow parts of universes at its will, usually depending on how much something has flourished or become “stagnant,” the latter of which it does not favor. Essentially, it can create or destroy life itself.

The Joining of The Phoenix Force and Jean Grey 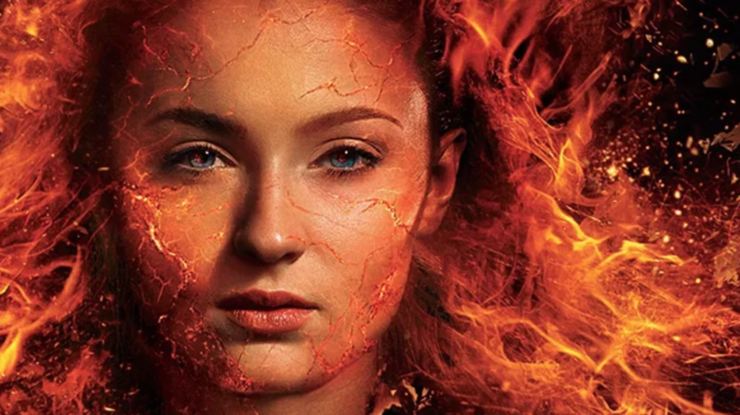 In the comics, the Phoenix Force and Jean Grey are no strangers at all, at least not in the cosmic entity’s point of view. The Guardian of Creation had been keeping an eye on Jean ever since the young girl had managed to keep a childhood friend from passing over. The postponement of death lasted for just one moment but it was enough to mark Jean as a highly important being to the Phoenix Force.

It was not until Uncanny X-Men #101 that the two would finally bond into one. The X-Men were trapped in a space station with no real option but to survive flying through a solar flare (fun stuff). Of course, that wasn’t really an option, since despite most of their extraordinary mutant abilities, none on the team were actually physically strong enough to survive the intense heat and radiation—except for Jean Grey. She stole the memories of the pilot to fly the shuttle and used her telekinetic powers to shield her teammates.

And thus began the Dark Phoenix journey. Jean, who would do anything to save her friends, pleaded to an unnamed and unseen force that she did, in fact, want to live. Remarkably, when the shuttle crashed back on Earth, Jean was alive. More than alive, she was now the Phoenix. 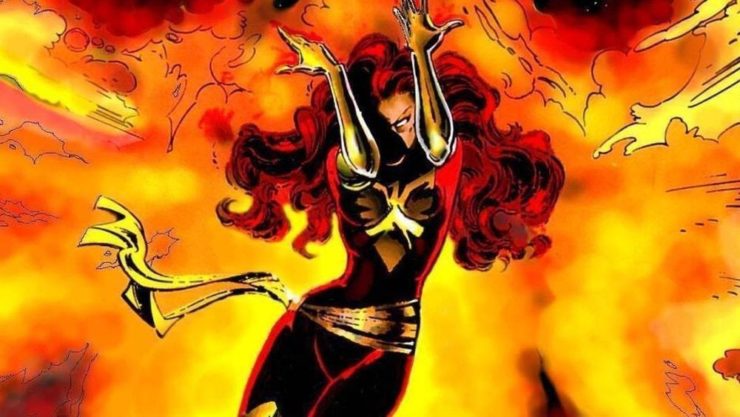 The all-powerful Phoenix did not turn dark right away. The cosmic force now contained in Jean’s body is not a naturally wicked force, simply powerful beyond measure. In its first few instances with the X-Men, it was able to experience human emotions and morals for the first time.

It was not until Mastermind successfully manipulated the new Jean Grey over and over, making her believe she was actually the Black Queen of Hellfire Club, that the Dark Phoenix emerged. In this way, the archenemy group of the X-Men were able to finally and totally unlock the Phoenix’s power- this time not to save human life but to unleash its wrath on an entire star system and commit cosmic genocide, killing billions of lives in the blink of an eye.

How It All Ends—Or Does It? 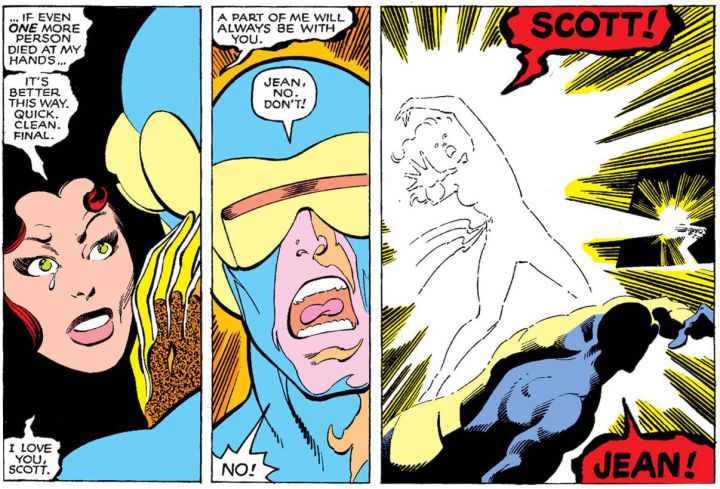 Of course, Marvel couldn’t allow one of their most beloved characters to turn into a mass-murderer without any repercussions, even if it was at the fault of the newly unleashed Dark Phoenix. Marvel settled on the only path to redemption: the death of Jean Grey.

In this quintessential X-Men drama, Jean/The Phoenix decides to sacrifice herself. How else could she ensure the universe’s safety other than by annihilating the most destructive force against it, herself? The sacrifice was Jean Grey’s fate for 6 years. But like in all good comics, this death was not exactly what it initially seemed to be. Eventually, it was revealed that the Phoenix and Jean were entirely 2 separate characters. The real Jean Grey was kept in suspended animation following the shuttle crash and had never actually committed any crimes.

It was in this way that X-Men’s beloved psychic mutant was finally allowed to come back into the fold.

Are you excited to see the epic Dark Phoenix tale finally told right on the big screen? Dark Phoenix soars into theaters on June 7th. Let us know what you think about this X-Men finale in the comments!