May is AAPI Heritage Month and among DC Comics’ current titles, there are several books featuring prominent AAPI characters! From Batgirls to Swamp Thing —plus one of DC’s newest additions, a limited series called Duo — the DC universe continues to lead the way in heroic inclusion.

On screen, DC has also offered a few AAPI characters, such as Katana in Suicide Squad, Monica Wu in Legends of Tomorrow and Arani Desai, AKA Celsius, as one of the original members of Doom Patrol. Ryan Choi, a later inheritor of The Atom mantle, even cameos in Zack Snyder’s Justice League. Katana was also portrayed with nuance and complexity alongside fellow marginalized heroes in the impactful book The Other History of the DC Universe. Now, let’s meet some of the other AAPI heroes (and villains!) of DC Comics. 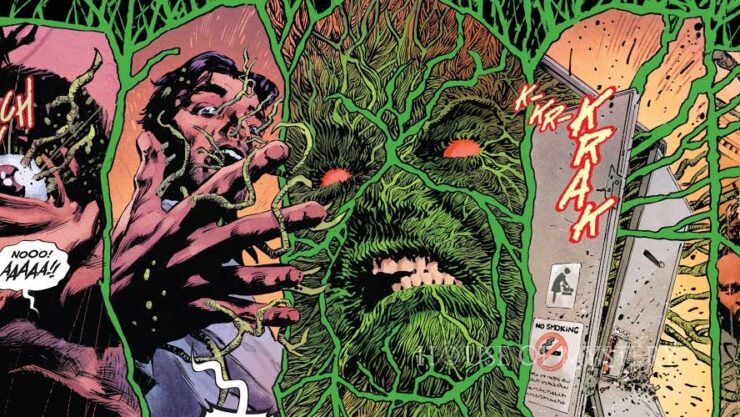 Alias: Swamp Thing
Powers: All the chlorokinetic abilities associated with the Avatar of the Green
Affiliations: Alec Holland, Poison Ivy
Major Enemies: The Pale Wanderer, Jason Woodrue
Fan Fact: Levi Kamei is only just beginning to understand his role as the new Avatar of the Green, but his impact can be felt all the way into Future State. 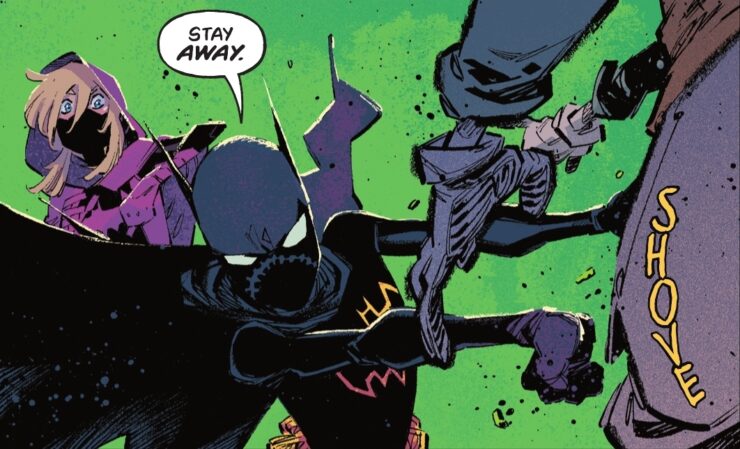 Alias: Black Bat, formerly Batgirl and Orphan
Powers: As the child of two of the world’s foremost assassins, Cassandra Cain was raised to become the perfect weapon
Affiliations: Bat-Family, Batman Incorporated
Major Enemies: David Cain, Lady Shiva, League of Assassins, Deathstroke
Fan Fact: Though Cassandra Cain appears on-screen as a wisecracking kid in Birds of Prey, in the comics her father David Cain and her mother Lady Shiva trained her to use body language rather than speech — for a while, Cassandra was mute. 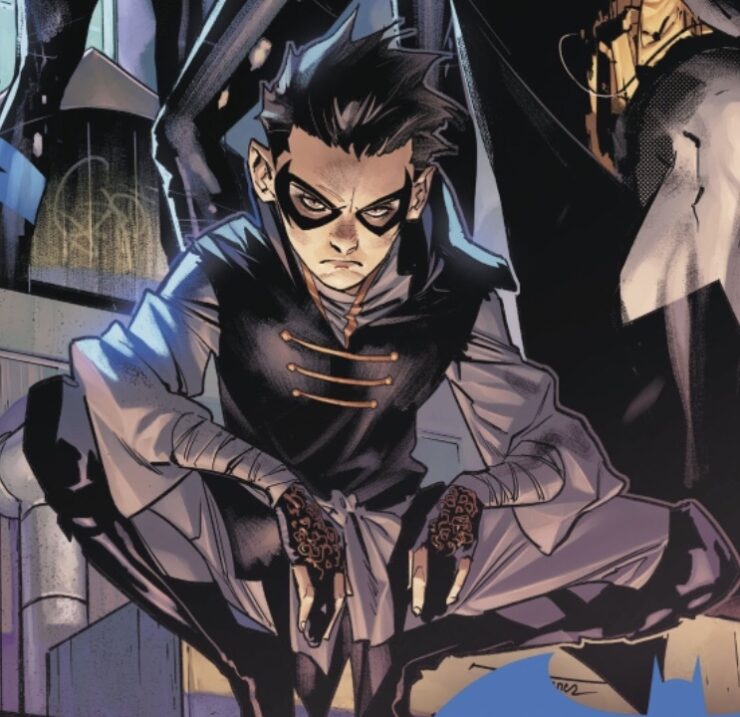 Aliases: Robin, Red Robin, Damian al Ghul
Powers: Expert-level martial artist and skilled in use of countless weapons, as well as access to cloned organs in case of injury
Affiliations: Bat-Family, Batman Incorporated, League of Assassins
Major Enemies: The Heretic, Leviathan, Nobody
Fan Fact: Damian’s mother, Talia al Ghul, constantly uses him as a pawn in her ongoing battle against his father, Batman — and over the years Damian himself has often clashed with the other members of the Bat-Family. 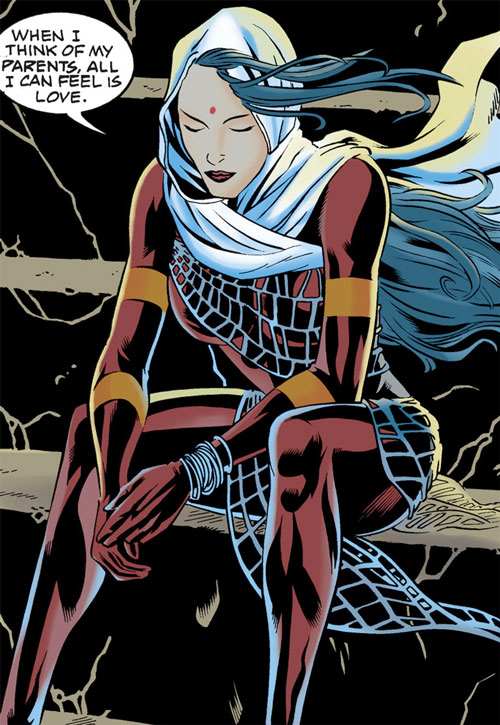 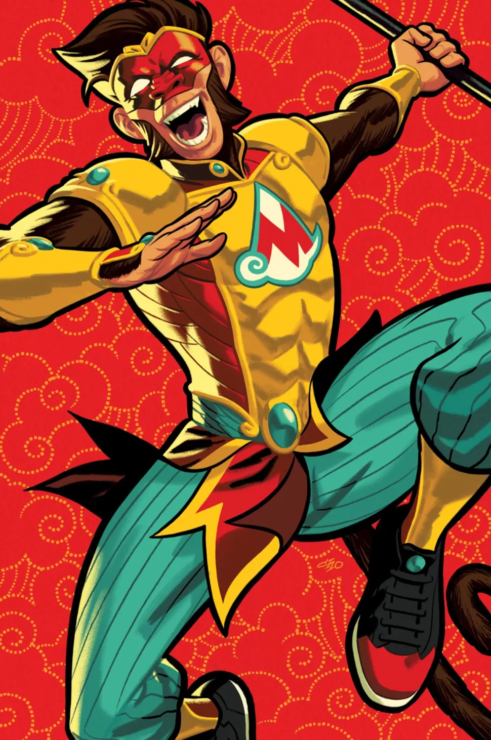 Full Name: Marcus Shugel-Shen (born Marcus Sun)
Powers: By saying the spell “Biàn” Marcus can shift between human and monkey form, as well as heal with limited immortality, shapeshift, and use aerokinesis
Affiliations: Bat-Family
Major Phobias: bats, thunderstorms, water (plus a hatred of super heroes)
Fan Fact: Marcus’ father is Monkey King (Sun Wukong), a figure who is based on the 16th-century Chinese novel Journey to the West.

Powers: Half-Amazon physiology grants Grace superhuman strength, endurance, and healing, as well as the Divine Empowerment granted to all Amazons
Affiliations: Outsiders
Major Enemies: Tanner, Karna
Fan Fact: Like Wonder Woman, Grace’s power comes from Amazonian heritage, although it is from the Amazons of Bana-Mighdall, a sect of the tribe that moved away from Themyscira to the Egyptian desert. 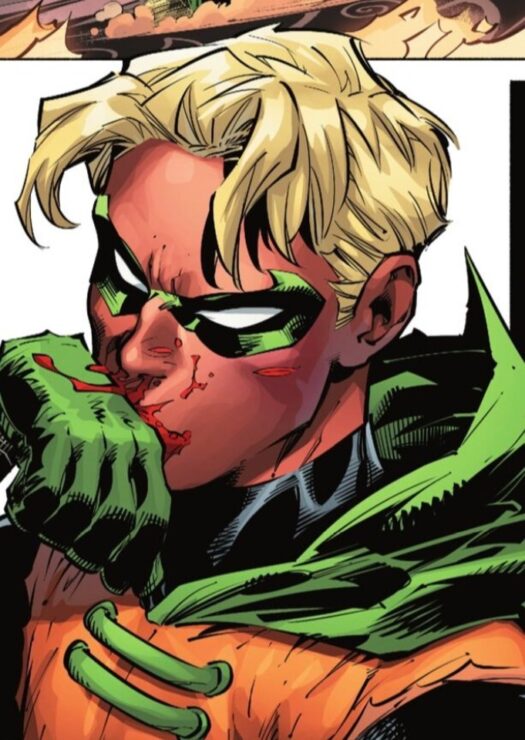 Alias: Green Arrow
Powers: In addition to archery skills like his father, Oliver Queen, Connor has limited precognition and regenerative healing due to genetic manipulation
Affiliations: Team Arrow, Justice League of America
Major Enemies: Lady Shiva, Onomatopoeia, Constantine Drakon, Master Dusk
Fan Fact: Connor is one of the few people in the world who has been able to match Lady Shiva in hand-to-hand combat — a feat that also places a huge target on his back. 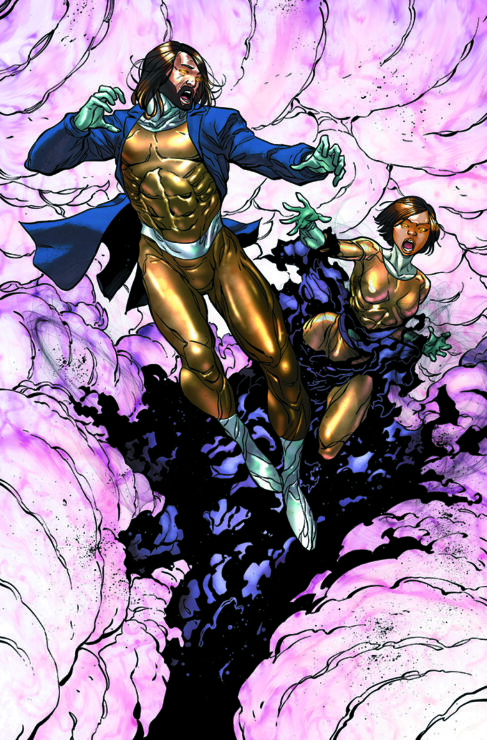 Full Name: Dr. Kelly Vu and Dr. David Kim
Powers: Superhuman enhancement due to nanotechnology
Shared Universe: Dr. Vu and Dr. Kim are from Earth-M, the same reality that’s home to Static, Rocket, Icon, and Hardware.
Fan Fact: Through nanotechnology, this accomplished scientific couple has merged into one body — but how much can their bond take until this synthesis is too much?

Of course, there are always more characters in the DC Comics universe to be celebrated. These AAPI heroes, antiheroes, and super-powered individuals are just some of the most noteworthy additions to the roster!

Who is your favorite AAPI character from DC Comics? Did we miss someone? Keep the conversation going over at side.show/geekgroup, and don’t forget to Let Your Geek Sideshow!

Get to Know the AAPI Super Heroes of Marvel Comics