As AAPI Heritage Month draws to a close, the Asian American and Pacific Islander super heroes (and antiheroes!) of Marvel are certainly gathering strength. Most recently, the title of Iron Fist has been passed down from Danny Rand to Lin Lie in Iron Fist (2022).

Of course, Marvel comics have always been home to popular AAPI characters such as Jubilee and Psylocke of the X-Men. In recent years, the MCU has re-introduced audiences to powerful heroes like Shang-Chi, as well as including fan-favorite supporting characters like Wong and Mantis (though Mantis of the comics is very different). On the page, Daken and Sunfire are claiming important spots in the X-Men lineup and soon, Kamala Khan will be a major force in the MCU with the Disney+ series Ms. Marvel. Beyond these well-known names, however, lies a whole roster of AAPI heroes making a name for themselves. 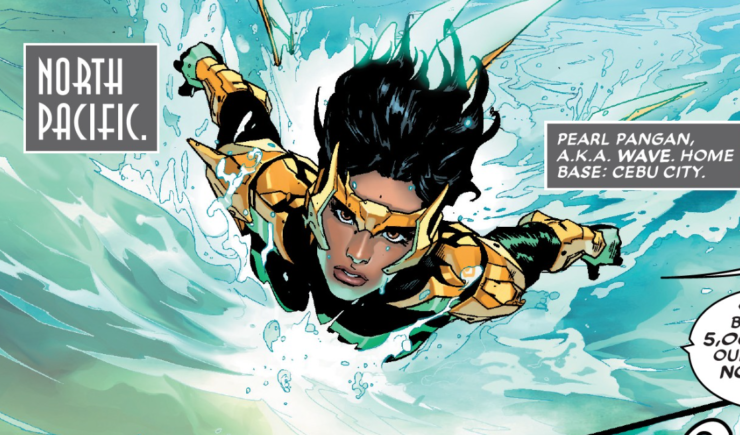 Full Name: Pearl Pangan
Powers: Hydrokinesis, granting her control over water and a connection to her upbringing along the coast in Cebu
Affiliations: Agents of Atlas
Major Enemies: Malekith, Sindr
Fan Fact: Wave first worked with the new Agents of Atlas, a team led by Jimmy Woo composed of other new AAPI heroes such as Aero and Luna Snow plus established heroes like Shang-Chi, Silk, and Brawn.

Full Name: Shilpa Khatri
Powers: Technopathy (psychic manipulation of any technology within her eyesight)
Affiliations: X-Men, X-Corp
Major Enemies: Indian Mutant Defense Force
Fan Fact: Trinary is a member of the X-Corporation board alongside Monet St. Croix and Angel, and she was also part of the X-Men team that took down Nimrod as Krakoa was being established. 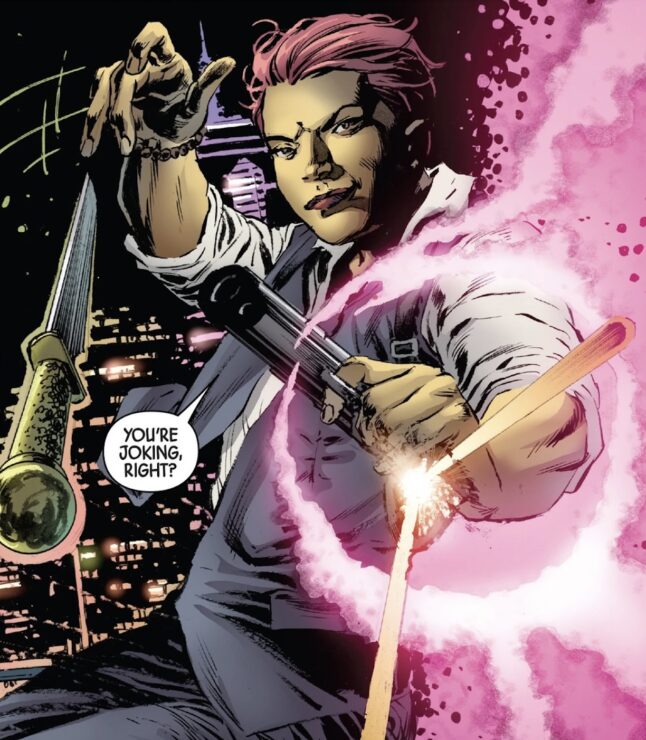 Full Name: Alice Gulliver
Powers: Alice inherited a gift for magic from her mother, The August Wu
Affiliations: Scarlet Witch, Doctor Strange
Major Enemies: The Chinese Triads, one of which killed her father, Adam Gulliver
Fan Fact: Though she works as a Hong Kong detective like her father, Alice enhances her guns and gadgets with specialized hexes. 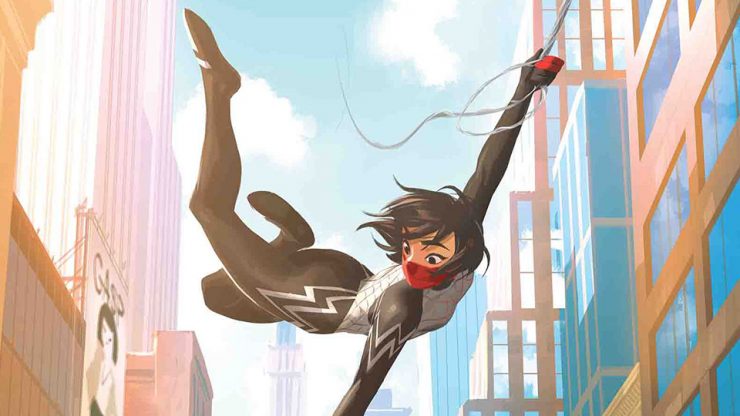 Full Name: Cindy Moon
Powers: Superhuman physiology with arachnid-based abilities, such as silk production from fingertips and enhanced Spider-Sense
Affiliations: Spider-Man, The Order of the Web, Agents of Atlas
Major Enemies: Morlun, The Inheritors,
Fan Fact: On Earth-65, the home of Spider-Gwen, Cindy Moon is actually the founder of a terrorist organization called S.I.L.K. 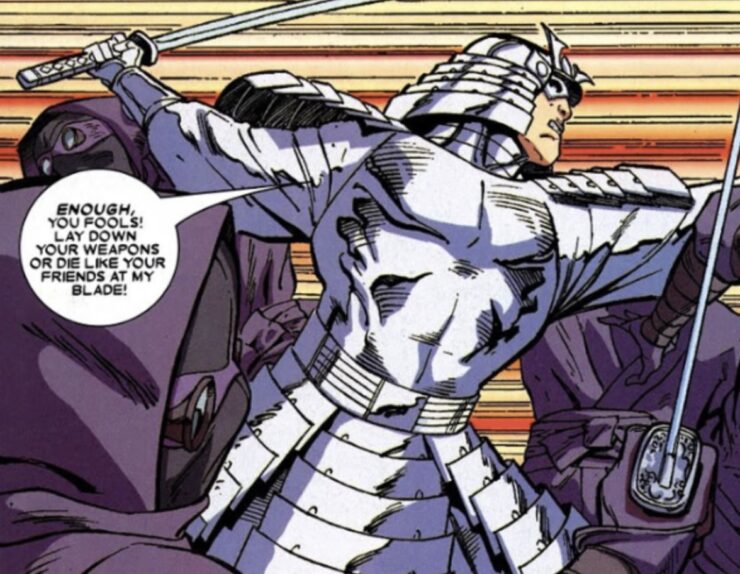 Full Name: Keniuchio Harada
Powers: In addition to mastery of the katana and the Bushido discipline, Silver Samurai is a mutant who can channel tachyon energy fields (tachyons are subatomic particles that travel faster than the speed of light)
Affiliations: Mandrill, Big Hero 6, Clan Yashida
Major Enemies: Daredevil, S.H.I.E.L.D., Wolverine
Fan Fact: Silver Samurai shares a complicated history with Wolverine, through not only Mariko Yashida but also the infamous swordsmith Muramasa. 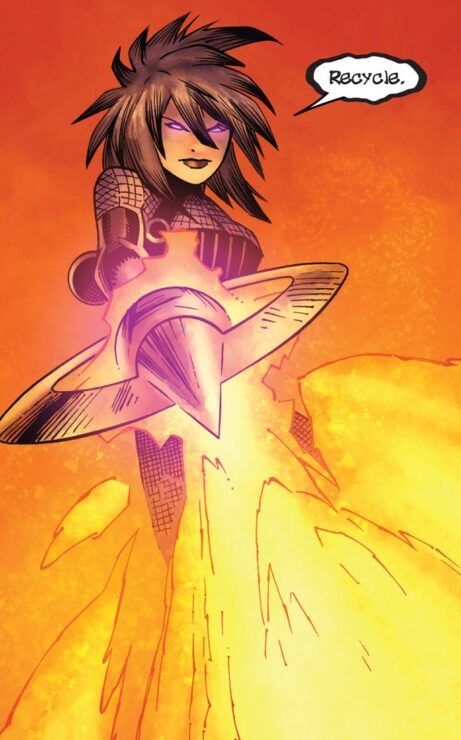 Former Alias: Sister Grimm
Powers: Limited magical ability / use of the Staff of One
Affiliations: The Runaways
Major Enemies: The Pride
Fan Fact: While extremely powerful, the Staff of One requires that no two spells share the same incantation, forcing Nico to get creative with the words she uses during battle. 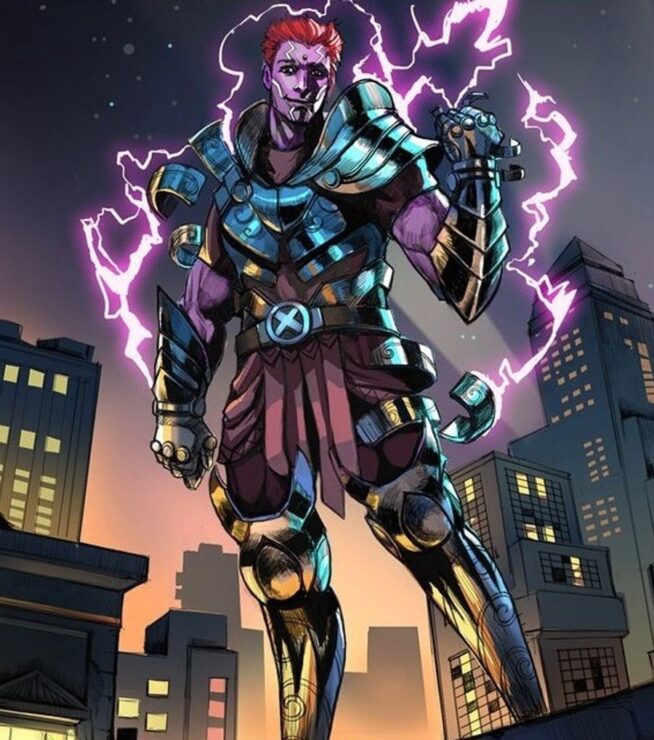 Full Name: Paras Gavaskar
Powers: Indra’s mutant abilities include an armored exoskeleton and psionic generation of weaponry
Affiliations: Academy X, Northstar, Rogue
Major Enemies: Belasco, S’ym, Children of the Vault
Fan Fact: Unlike his namesake, the Hindu god of war, Indra is a follower of Jainism, a religion of nonviolence — this has led to many internal struggles for Indra as a mutant hero.

The Marvel Multiverse is infinitely vast, so the above heroes aren’t the only AAPI characters around! On the small screen, Daisy Johnson, AKA Quake, made a seismic impact on Agents of S.H.I.E.L.D. while formidable Colleen Wing appears in both comics and television alongside her partner Misty Knight. And over on Krakoa, there’s always a mutant waiting in the wings for their moment to shine — just ask Shinobi Shaw, Neal Shaara, Mondo, Sway, and Armor.

Who is your favorite Marvel AAPI character? Did we miss someone? Keep the conversation going over at side.show/geekgroup, and don’t forget to Let Your Geek Sideshow!

The Best 11 Moments of Eleven on Stranger Things

The AAPI Heroes (and Villains!) of DC Comics