Harley Quinn stole audiences’ hearts with her first appearance on Batman: The Animated Series. A character that was meant for a single episode proved to be too popular to forget.

DC embraced the harlequin and, of course, you can catch the Cupid of Crime now featured in comics, video games, and her soon to be starring role in the film Birds of Prey (And the Fantabulous Emancipation of One Harley Quinn). One thing all iterations of Harley have in common is that The Joker’s on and off again girlfriend is a riot of a good time. That’s why more and more Harley projects are currently in the works. So, if you think Harley’s popular now, you ain’t seen nothing, puddin’! 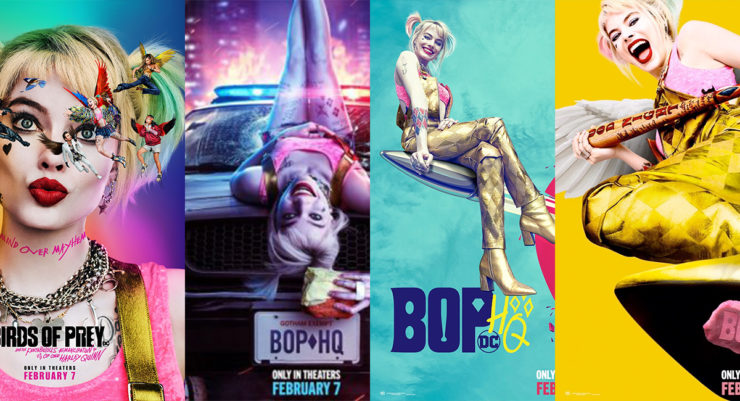 Everyone has been wondering what direction DC will take its next film. Would Birds of Prey be lighter, similar to Marvel’s tone, or would they stick to their guns and make another film in the vein of Suicide Squad? We have been holding our breath and good news- the 4 movie posters just released confirm BOP is straying from the previous DC formula.

The 4 posters are consistently fun, bright, and who’s gracing the cover of each of them? You betcha- Harley. Margot Robbie’s character will no doubt be the head honcho in the film—something Harley fans can get behind. 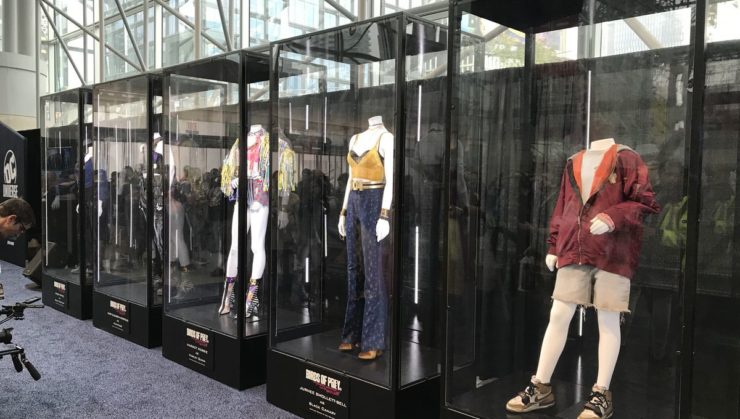 NYCC has also graced fans with an up close and personal look at the Birds of Prey’s costumes. DC’s booth showed off the amazing outfits of the main ladies including Harley Quinn, Black Canary, Huntress, Cassandra Cain, and Renee Montoya.

The costumes are fun, unique, and totally buzz-worthy. I know I personally can’t wait to see all of Harley’s numerous outfit changes. 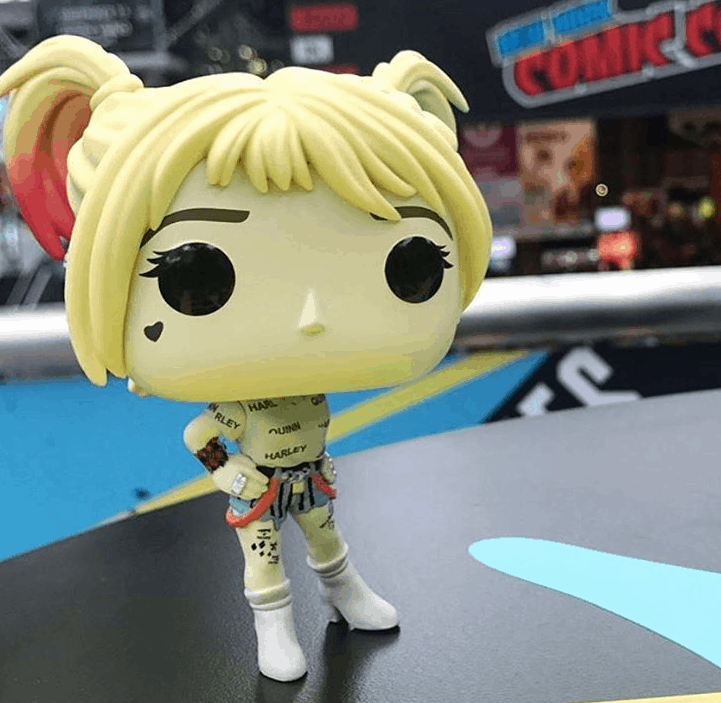 For all you collectors, you will be happy to hear Funko has not slept on the BOP craze. During NYCC, they showed off not one, not two, but THREE Harley figurines in 3 iconic outfits from the film.

There’s the first (pictured above) in which she wears her own Harley shirt (genius). The second Funko POP! shows Harley in pinstripe pants and floor length cardigan. The last, and a personal favorite of mine, features an absolutely picturesque Harley in scarf and glasses like any proper lady in the 50s would wear. What a gal!

Funko also revealed their latest versions of the traditional Birds of Prey cast. We can look forward to purchasing Black Canary, Huntress, and even Black Mask himself. Which one are you dying to get?

New Comic: Harley Quinn and the Birds of Prey 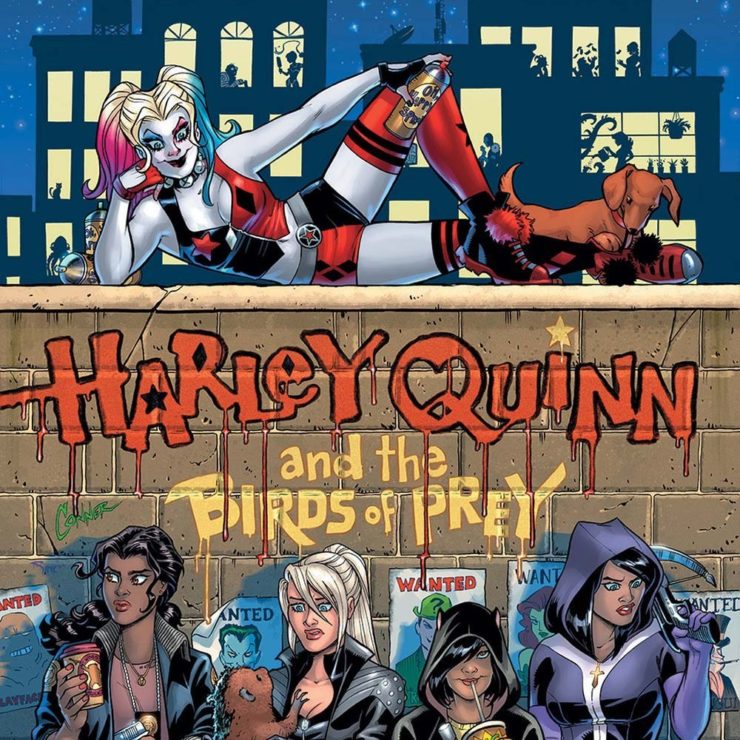 While many are excited to see such a new rendition of Birds of Prey, some prefer the DCEU to stick to canon. Harley Quinn is not traditionally grouped with the legendary Gotham trio which is composed of Batgirl/Oracle, Huntress, and Black Canary.

Come Feb. 2020, Harley’s inclusion in the Birds of Prey will be canon. She’ll be battling beside the team on the big screen and now, thanks to NYCC, we know she’s tied up in shenanigans with them yet again in the new comic Harley Quinn and the Birds of Prey.

The 4-issue miniseries will be handled by writer/artists Amanda Conner and Jimmy Palmiotti, who both previously wrote the very well-received Harley Quinn comic series. Harley Quinn and the Birds of Prey will be its sequel in which Harley must enlist the help of the Birds of Prey to help figure out why her ex-boyfriend, The Joker, has placed $10,000,000 bounty placed on her head. 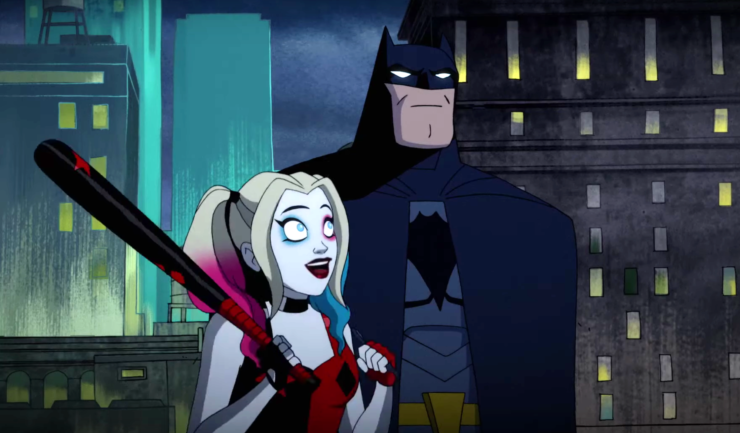 Harley gets a starring film, dolls, a new comic, and now a brand new hilarious animated series with Big Bang Theory’s Kaley Cuoco voicing the Maid of Mischief herself. Methinks this is a WIN. The upcoming show premieres on the DC Universe streaming service Nov. 29. Fans at New York Comic Con were full excitement and gave numerous positive reviews during its exclusive premiere.

One user wrote: “The crowd at MSG was literally screaming with laughter. November 29th suddenly feels too far away!”

Another stated: “The #HarleyQuinn pilot was fire. I am so tuning in.”

If you’re into big laughs, adult humor, and crème de la crème Batman characters, give this show a watch when it premieres on DC Universe this fall.

What do you think about all the Harley projects coming out? Which one are you most excited for? Let Your Geek Sideshow and let us know in the comments below!