Screenwriter David Leslie Johnson-McGoldrick shared an update about the script for Aquaman 2. He shared that he’s been reading Silver Age Black Manta comics for inspiration, but he didn’t say how it would affect the story. Aquaman 2 is set to swim into theaters on December 16th, 2022. 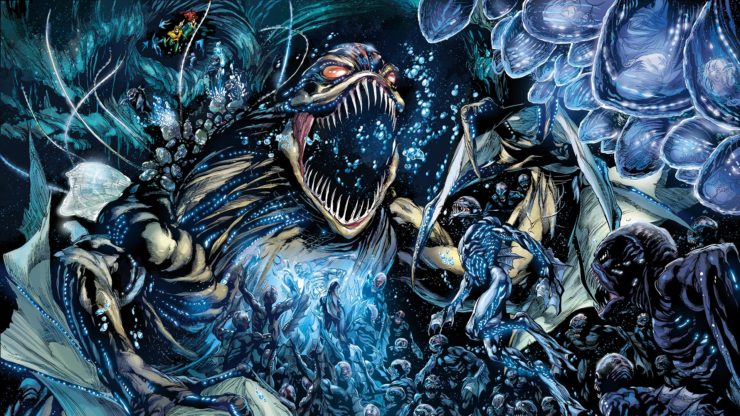 Screenwriter David Leslie Johnson-McGoldrick surprisingly gave us an update about the upcoming Aquaman spinoff movie focusing on the deepest part of the ocean called The Trench. He explained that The Trench movie is set chronologically between the first and second Aquaman films. There is no further news about The Trench at this time.


Famed composer Michael Giacchino made his directorial debut in a short called Monster Challenge, starring Patton Oswalt and Ben Schwartz. In the short, the hapless Patton Oswalt finds himself catapulted into an outrageous series of challenges in an infectiously silly tribute to the eccentricities of Japanese game shows and monster films. You can watch Michael Giacchino’s Monster Challenge online now.


Quibi released a trailer for their upcoming show, Most Dangerous Game starring Liam Hemsworth and Cristoph Waltz. The trailer shows the character Dodge accepting the challenge to literally be hunted as a game in order to pay off a great debt and get treatment for his sickness. Most Dangerous Game will run onto your mobile screens on Quibi on April 6th.