Behind the Mask: 10 Fascinating Facts About Batman Begins

Politely ask your butler to pour out a celebratory drink, as it has been fifteen years since Christian Bale’s Batman first swooped on to the big screen to launch The Dark Knight trilogy, a series of Batman films directed by Christopher Nolan.

Opening in theaters on June 15, 2005 in the U.S. and Canada, Batman Begins was cloaked in highly positive reviews upon its release- and beyond, as many critics later cited the reboot as one of the most influential films of the 2000s, throwing a further Batarang of praise in its direction.

Among other things, the film was commended for its solid performances, action sequences, musical scores, and striking set-pieces. In this article, we’re throwing the Bat-signal up to shine a spotlight on the behind-the-scenes secrets and fascinating facts that helped to bring it all together. 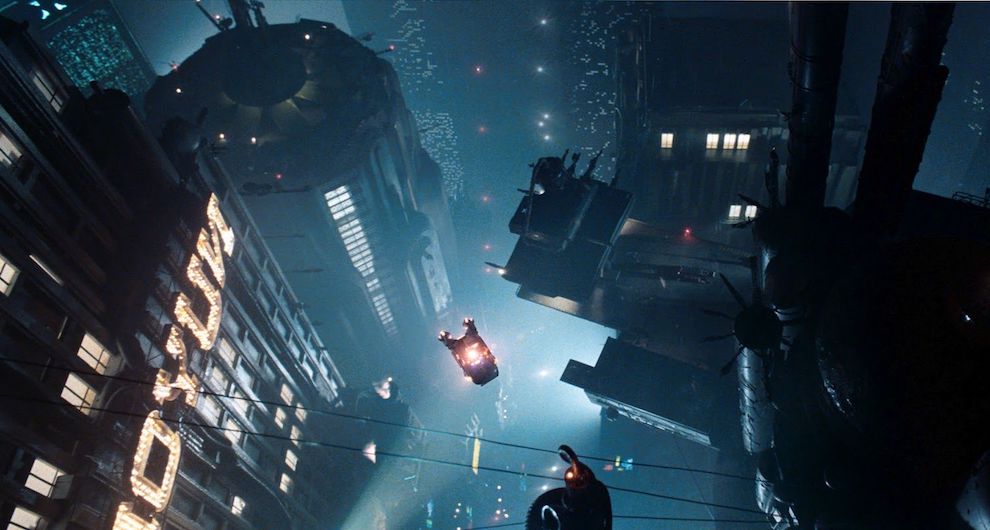 Christopher Nolan used the 1982 film Blade Runner as a source of inspiration for Batman Begins. He invited some of the film crew to a private screening of the sci-fi masterpiece before his production commenced.

Nolan admired the attitude and style of filming in Blade Runner; he said that it presented “an interesting lesson on the technique of exploring and describing a credible universe that doesn’t appear to have any boundaries,” a lesson that he was keen to apply to his own film.

9. The Working Title Was ‘The Intimidation Game’

To prevent script leaks, Batman Begins was initially titled “The Intimidation Game.” It was used to thwart media interest, however, this alias was also exercised with cast members. In fact, Sir Michael Caine assumed that the script was for a gangster movie when he first read it.

Beyond the working title, the film’s actual title went through many changes as well. It was reportedly known as “Batman 5” and “Batman: The Frightening” before co-writer David S. Goyer suggested the title “Batman Begins.”

8. The Script Was Written in Christopher Nolan’s Garage

Early work on the script was conducted in the back of Christopher Nolan’s very own secret lair (aka his garage). When Nolan and David S. Goyer needed a break from the writing process, they occasionally strolled to the site of the Batcave from the ’60s Batman TV series.

The script was so heavily guarded that the Warner Bros. executives, who were responsible for green-lighting the project, were not ever handed copies of the screenplay to thumb through. Instead, they had to visit Nolan’s garage to read it in the presence of Nolan and Goyer.

Nolan’s garage was an absolute hive of activity, as the director also set up shop with production designer Nathan Crowley in there. Crowley built a model of Gotham City in the enclosed space, which he designed as a large, modern metropolitan area with various periods of architecture.

7. Several Actors Were on the Shortlist to Play Batman 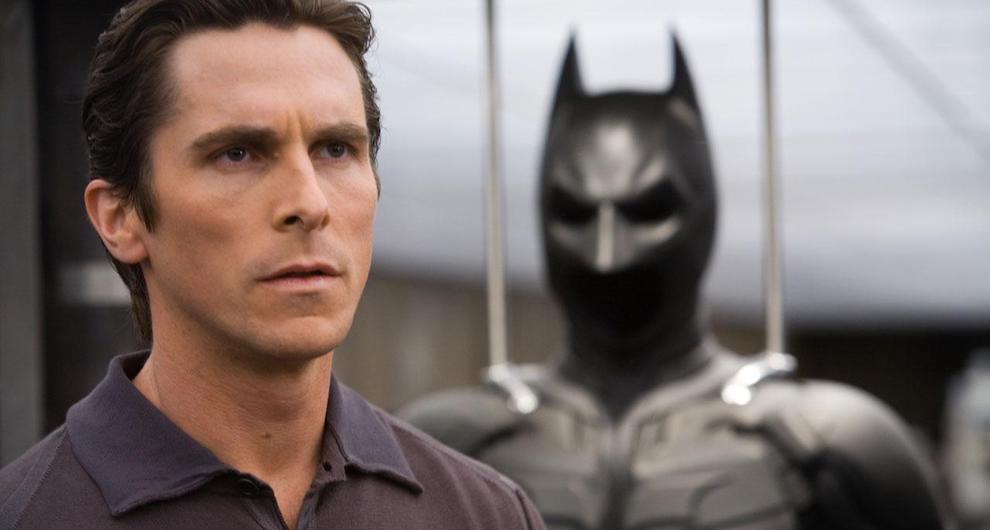 The casting team went through a rigorous process to find their protagonist. Along with Christian Bale, the star-studded shortlist comprised of Joshua Jackson, Eion Bailey, Hugh Dancy, Billy Crudup, Cillian Murphy, Henry Cavill, and Jake Gyllenhaal. All of these actors were considered for the role of Bruce Wayne/Batman.

After unveiling Bale as the Bat-masked vigilante, Christopher Nolan said that he was “exactly the balance of darkness and light” that they wanted. However, the filmmaker also thought that Cillian Murphy gave a standout audition, so ended up casting him as Dr. Jonathan Crane/Scarecrow.

6. The Soundtrack Titles Are Named After Bats

Hans Zimmer and James Newton Howard composed the film score for Batman Begins, with contributions on the soundtrack from Ramin Djawadi, Lorne Balfe, and Mel Wesson. The composers worked on separate themes to represent the split personality of Bruce Wayne/Batman.

While some of the individual scores are juxtaposing on the tracklist, the titles are unified by their names, which are taken from different types of bats, such as “Vespertilio” aka vesper bats, “Eptesicus” aka house bats, and “Lasiurus” that are better known as hairy-tailed bats.

As a further Easter egg, the first letters from the titles of tracks 4-9 come together to spell out the word “Batman.” The acrostic is formed by the names “Barbastella,” “Artibeus,” “Tadarida,” “Macrotus,” “Antrozous,” and “Nycterus.” 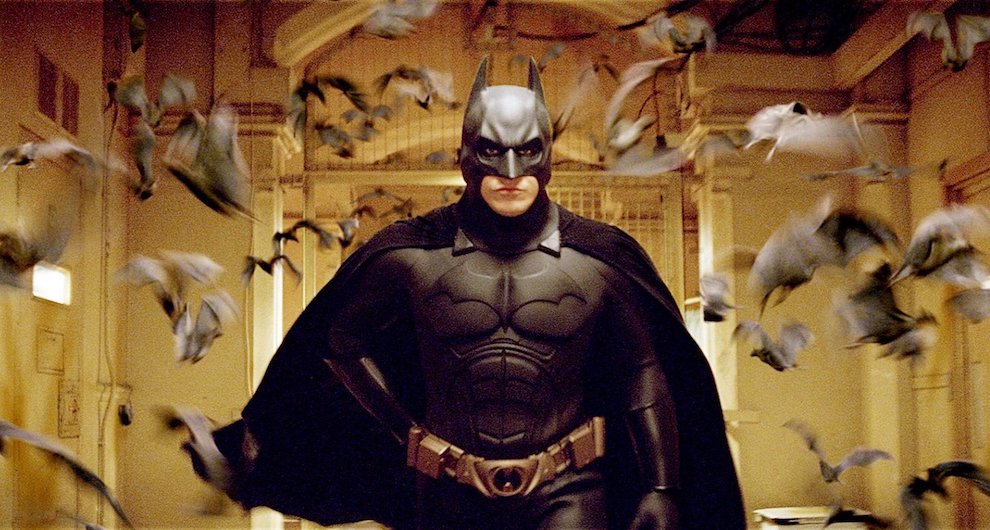 On a film production, the second unit is comprised of filmmakers who are responsible for shooting supplementary footage, separate from the main or “first” unit. The second unit typically shadows shoots to film establishing shots, action stunts, close-ups, inserts, and cutaways.

However, Christopher Nolan shot the entirety of Batman Begins with only one unit, deciding against using a second unit for back-up shots. As with all of his films, Nolan oversaw every single shot of the film in order to keep his vision consistent from storyboard to screen.

When Christian Bale donned the Batsuit for the first time, he realized that the outfit came with pain rather than perks. His active dislike of wearing the constrictive costume ultimately helped to shape his performance, as the feeling of being uncomfortable changed his mood on set.

In interviews, Bale described the experience as heavy and claustrophobic. He channelled these sensations into his interpretation of the character, only after he had come to terms with the fact that he was a man dressed as a bat. He once told MTV that wearing the suit helped him to find his Bat-voice.

3. Some Gear Was Based on Real-Life Technology 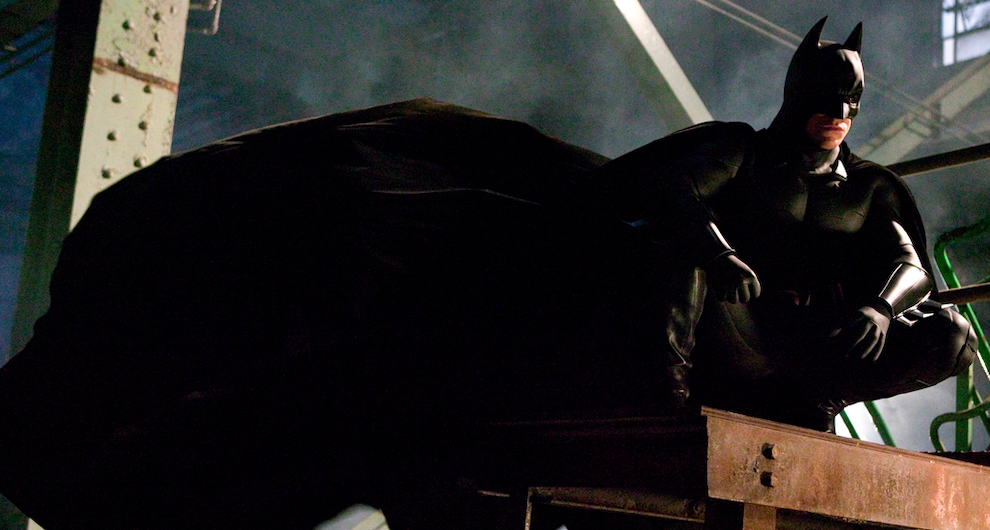 In fact, a lot of the gear and apparel in the first film was based on real-life military technology, particularly Batman’s cape, which could be tailored in such a way that it would take any shape when a current was generated through its material.

The cape was made with a technique called electrostatic flocking, taught to the crew by the British Ministry of Defense who used this gear to decrease the visibility of soldiers in hostile situations. The electrostatic current created a dark sheen across the fabric while still maintaining its billowing appearance.

2. The Batcave Was a Real Set, Not Movie Magic 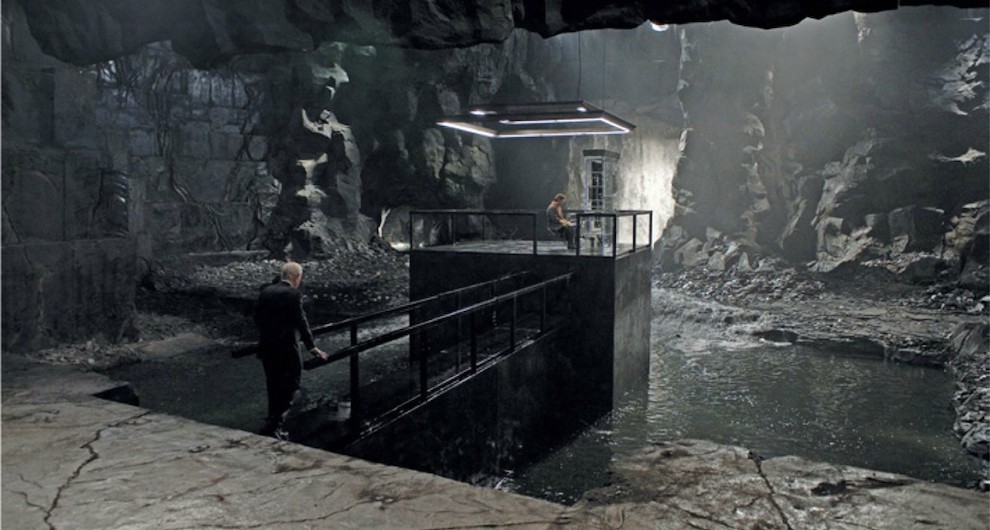 Wherever possible, Christopher Nolan preferred to utilize full-scale sets and detailed miniatures as opposed to effects-laden aesthetics in his picture, and so, the Batcave was constructed as a colossal set at Shepperton Studios in England, where the team built rocks from molds of real caves.

Measuring 250 feet (76m) long, 120 feet (37m) wide, and 40 feet (12m) high, the super-set became the cave beneath Wayne Manor. In previous iterations, a combination of live sets and matte paintings had been used to create the illusion of a real-life underground chamber.

In Batman Begins, production designer Nathan Crowley worked closely with Nolan to achieve the authenticity that he desired for the monstrous dungeon. He even installed pumps to create the waterfall at the entrance and exit of the dwelling to further prevent the use of visual effects and camera trickery.

1. The Tumbler Was Built From the Ground Up

When Christopher Nolan rebooted the Batman franchise, he also rebooted the Batmobile on a grand scale. In his film, he unleashed an all-terrain, military-inspired edition of the iconic automobile, inspired by the pages of Frank Miller’s Dark Knight Returns comic book.

Measuring 9 feet wide, and 16 feet long, “the Tumbler” was designed by Nathan Crowley, who buddied up with Nolan to take the vehicle through the design stages. It was built from scratch with a fiberglass body, 5.7-liter V8 engine, hot air balloon burner, racing tires, and super swampers.

Due to its staggering size and muscular workhorse aesthetic, many believed that trick photography and/or CGI had been used to parade the military-style tank through the streets of Gotham, but it was actually a fully functional vehicle.

It took $150K and a year of engineering to construct the first Tumbler.

Holy facts, Bat-fans! You might want to file this post under “classified” as it officially houses more secrets than the walls of Wayne Manor.

Out of interest, which of these facts did you find the most fascinating? Do you have any to add to the list? Let Your Geek Sideshow and tell us in the comments below.