A tree branch scratches at your window and the shadows are- … wait, it’s only August? Never fear! Any time of year is a good time to let the shivers run down your spine! Especially shivers like these.

There’s always been something queer about horror (and we don’t just mean weird). However, the LGBTQIA+ horror of yesteryear fell victim to coded subtext (A Nightmare on Elm Street Part 2 and The Lost Boys) to downright shock value (Sleepaway Camp and The Silence of the Lambs). But these gays, er days, there’s a real renaissance happening in queer horror.

This month, queer horror is taken to new heights with They/Them! Let’s look at some of the more recent entries in the queer horror canon. And if anybody says The Babadook, you’re getting killed first. 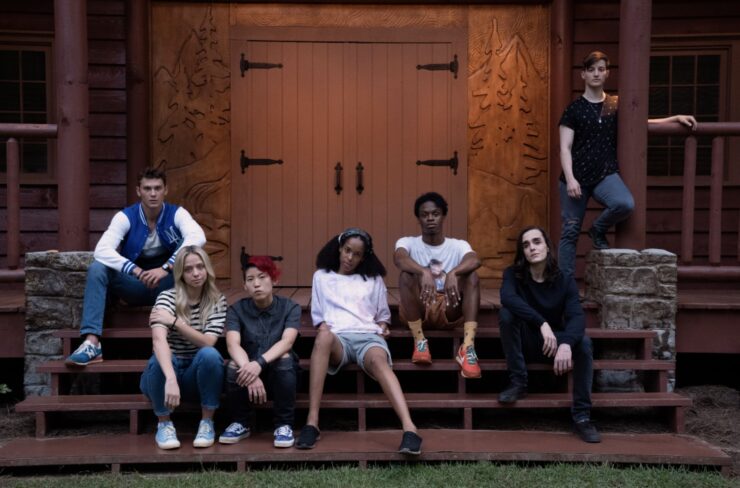 The scariest horror takes pieces of everyday life and exposes their darkest secrets. And when it comes to the real-life horror of conversion therapy, not much extra finessing is needed. Owen Whistler (Kevin Bacon) runs a conversion camp whose methods are even more sinister than expected. It’s up to a group of queer and trans kids to turn the tables, especially when murder is added to the list of camp treatments.

Interview with the Vampire 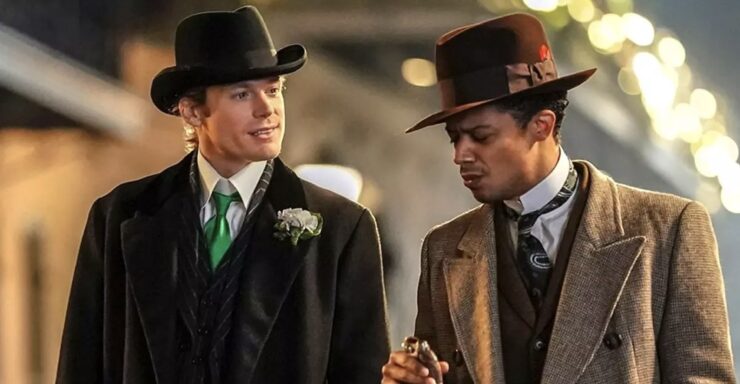 Based on Anne Rice’s classic novel and executive produced by her son Christopher Rice, this new incarnation of Interview with the Vampire promises a whole crypt full of queer gothic horror. Among the flickering lights of New Orleans in 1910, the vampire Lestat hunts a man named Louis de Pointe du Lac (played by Game of Thrones‘ Jacob Anderson). Their destinies soon intertwine in a flurry of flesh, lust, and rage that would make the most sinful of sinners blush. The streets of the quarter will run red as Louis’ faith is tested and his thirst is quenched.

On the other fang, What We Do in the Shadows is a gay old time — like, try centuries old since this show focuses on a coven of vampires trying to survive the (after)life in Staten Island, New York. This group of vamps has definitely been around the block when it comes to romance — and they’re not shy about sharing, especially Nandor the Relentless! Jemaine Clement’s mockumentary style show, based on his 2014 film with Taika Waititi, is irreverent horror fun. Season 4 is ready to sink your teeth into and the show has even been renewed for fifth and sixth seasons. 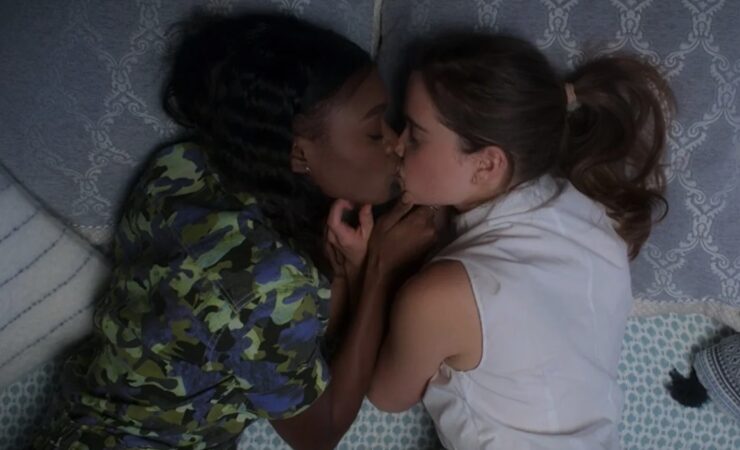 Part Romeo & Juliet, part Twilight, with a whole lot of monster-of-the-week type action, First Kill offers something for every queer horror fan. If you were a fan of Teen Wolf (another creepy option with queer rep), this show will be a good fit. There’s romance, blood, a killer soundtrack, ancient family histories, oh and did we mention blood? In case you hadn’t guessed, this is a series about vampires and those who are sworn to hunt them. But sometimes, as Juliette and Calliope learn, even the most sacred vows are meant to be ripped apart.

Throughout history, being queer has always been about survival. Society’s deepest fears have been projected onto queer people — but what happens when those people fight back? A spine-tingling tale told in three parts, the Fear Street films show the innate strength that queer people have in the face of adversity. Whether it’s against a town’s enduring curse, a terrifying slasher, or a summer camp serial killer, you can be sure that these teens will fight like hell to survive.

Speaking of all things diabolical, the Chucky TV series brings back the doll everyone loves to fear. When Jake happens upon a Chucky doll at a garage sale, his life slowly fills with horror. Each episode brings a new jaw-dropping twist as Chucky exerts his control over Jake and Devon, their frenemy Lexy, and plenty of other victims. Even Tiffany, the bride of Chucky, makes her return!

Season 2 will premiere on October 5, featuring nonbinary actor Lachlan Watson (from The Chilling Adventures of Sabrina, also another great horror show with queer characters) to play Chucky and Tiffany’s child, Glen/Glenda. Nothing like continuing the family business.

In addition to all these streaming choices, there are also plenty of other modern classics. The low-budget flick Hellbent advertised itself as the first gay slasher film, though it’s part of a slew of similar early-2000s movies like Dead Guys and High Tension. Jennifer’s Body paved the way for inclusive carnage with all kinds of bodies going both ways. Recently, films like Raw and Fresh (both tied to appetites of a certain flavor) have featured queer characters, though they remain in the gay BFF trope rather than a lead character.

What’s on your queer horror watchlist? Tell us over in our Atomic Misfits Facebook Group, and don’t forget to Let Your Geek Sideshow!

Who Is She-Hulk's Archnemesis Titania from Marvel Comics?