11 Quotes From Community That Are Streets Ahead

Community seems to be one of those shows that gained popularity after its run, especially when it hit Netflix for the first time amid the pandemic. Dan Harmon’s little meta-comedy-that-could suffered a handful of setbacks during its six-year life. From set drama to switching studios to temporarily losing its showrunner, Community went through the wringer and then some. But it’s streets ahead, and streets ahead programs will always rise to the top. 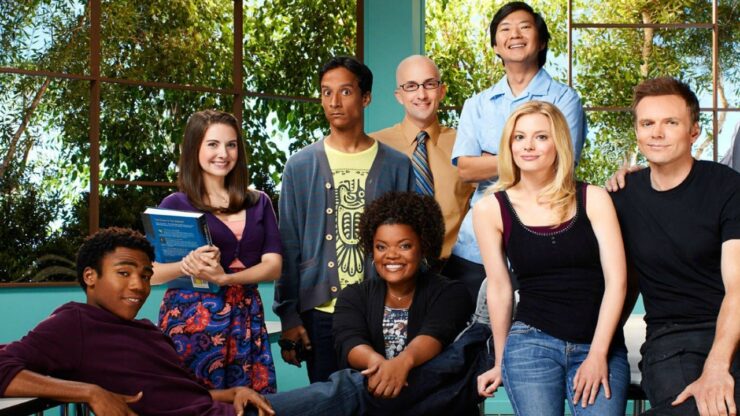 Troy is my favorite character, and Donald Glover played him to perfection. This quote came about after Troy met LeVar Burton in “Intermediate Documentary Filmmaking.” In true Troy fashion, he had a meltdown in the bathrooms. He started tearfully singing the “Reading Rainbow” theme song but threw in this tweaked Star Trek quote. Instead of “Set phasers to stun,” he cries out, “Set phasers to love me!” Tears were streaming down my face the first time I heard this line coupled with Glover’s immaculate delivery. Tears from laughter. 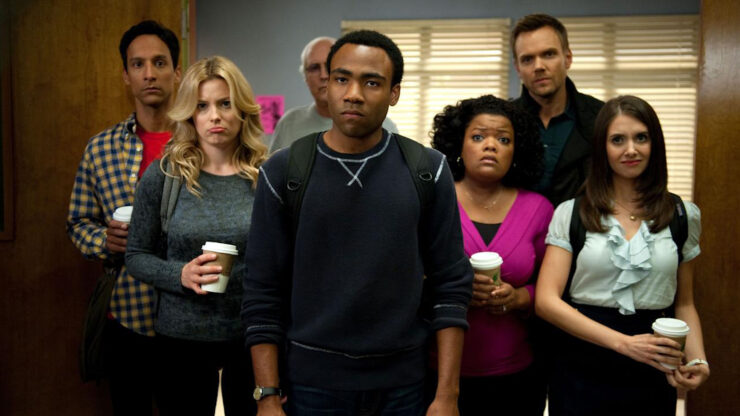 Community poking fun at Britta being “the worst” started in season one, but the Dean’s line came about in Season three’s episode “Regional Holiday Music.” Britta was emboldened to sing her heart’s song, casting aside her small part as a non-speaking tree. Even though the Dean initially questioned her involvement, he later encouraged her to “sing her awkward song.” Me so Christmas, me so merry!

“Cooperative Calligraphy” is, undoubtedly, one of the show’s strongest outings. The gang dealt with a pen thief in the form of a bottle episode. This quote comes from Jeff telling his date that he has to cancel their plans for that evening. Why? Because he’s doing a bottle episode! Of course, everyone’s knowledge of the term came from Abed, who was initially against committing to the idea. Unfortunately, searching for the one who absconded with Annie’s pen culminated in missing out on Greendale’s puppy parade.

Community dabbled in the clip show format with Season two’s “Paradigms of Human Memory.” Abed had memorable lines aplenty, but this one is the most impactful on the show and fandom. It’s the prophecy: six seasons and a movie. Well, now we have six seasons. It’s time to give us that movie, Harmon! Fulfill the whole prophecy!

Inexplicably, I find myself quoting this line more than the others. I suspect it’s partially due to Ken Jeong’s flawless delivery, but it’s also a genuinely funny quote. Chang emphatically retorted this line to Annie in “The First Chang Dynasty,” season three’s penultimate episode.

“Knock, knock. Who’s there? Cancer. Oh, good, come on in, I thought it was Britta.” – Britta Perry 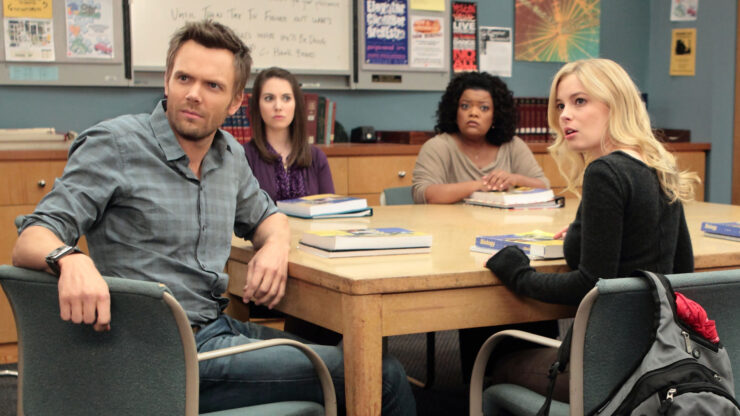 Everyone gives Britta a hard time. However, not nearly as much as she does. “The Science of Illusion” not only boasts Britta’s epic fail of an April Fool’s Day prank but this gem of a quote as well. It’s definitely the most morbid knock-knock joke I’ve ever heard. Morbidly hilarious.

“Now, this is a man who knows how to marry his cousin!” – Elroy Patashnik

Keith David was a late addition to the Community cast, and he seamlessly blended in with the rest of our Greendale misfits. Elroy became one of my favorite supporting characters. This line in season six’s “Wedding Videography” had me in stitches. I had to rewind the episode to watch it again.

Of course, the brilliant setup to this quote was Elroy divulging his penchant for “encouraging white people.”

Paget Brewster was another fun addition to the group. Frankie Dart was an older, more mature version of Annie, whose eccentricities began crawling out of the woodwork the more time she spent at Greendale. In “Crisis Room Decorum,” Frankie delivers this behemoth of a speech about how she never hopes, and this is but a taste of that. It’s utterly brilliant.

“This better not awaken anything in me.” – Dean Pelton

While I definitely enjoyed everything in season one leading up to “Environmental Science,” that episode in particular was the first episode that made me fall in love with Community. The one that cemented my adoration for it. From Abed and Troy singing “Somewhere Out There” to the Dean catering to his Dalmatian obsession, this episode is solid across the board. But this quote is a Dean Pelton staple.

“Sometimes I think I lost something really important to me, and then it turns out I already ate it.” – Troy Barnes 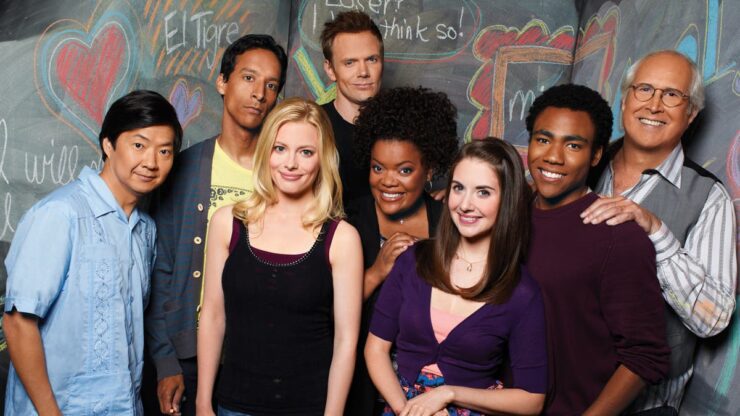 “Cooperative Calligraphy” boasts some of the best one-liners on the show, and this Troy gem is proof of that. Donald Glover knows a thing or two about doling out a clever line with panache. This Troy confession could only come from him. Hey, sometimes I eat things that are important to me, too.

“Is there any room in this pocket for a little spare Chang?” – Ben Chang

If there’s one thing Ben Chang does, it’s incessantly create puns out of his surname. Look no further than the season two premiere, “Anthropology 101,” for some Chang-tastic wordplay. This quote is classic Community. A timeless staple among fans. We could all use a little spare Chang right now.

What are your favorite Community quotes? Let us know in the comments, and don’t forget to Let Your Geek Sideshow!