In the television series Game of Thrones, many beloved characters face unimaginable loss and crushing defeat. Sansa Stark, the eldest daughter in her house, is no exception. She spends the better part of the series being used as a pawn.

Although she appears to be a victim of the cruel, power-hungry men in charge of her fate, as the series progresses, it becomes clear that Sansa was taking notes the entire time. Here are our five favorite Sansa moments.

5. Standing up to Joffrey 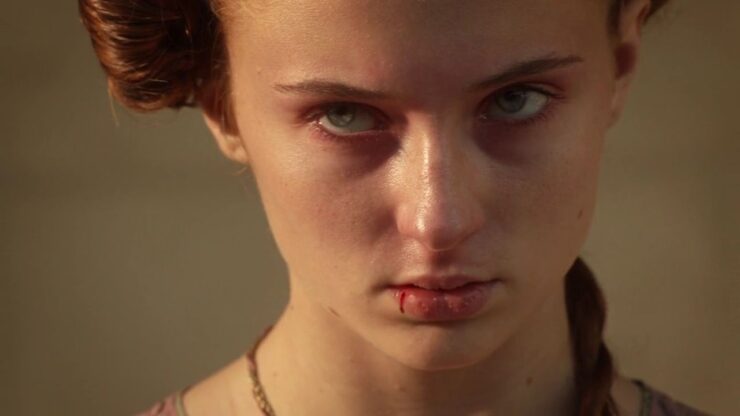 During most of the first season, Sansa is enamored with Prince Joffrey and the life of royalty she has imagined with him. When he publicly executes her father Ned Stark, however, she can no longer deny that the heir to the Iron Throne is a monster. In an attempt to further demonstrate his control over her, Joffrey takes Sansa to look at a grisly sight: the heads of everyone associated with House Stark in King’s Landing, including her father, atop pikes on the castle walls.

Although Sansa at first turns away whimpering, she eventually locks her steely gaze ahead at Joffrey’s insistence. He tells her that eventually, he will give her Robb Stark’s head as well. Without missing a beat, Sansa tells him, “Or maybe he’ll give me yours.” This serves as one of the first true glimpses of Sansa’s greatest strength: her unwavering resilience.

4. Summoning the Knights of the Vale 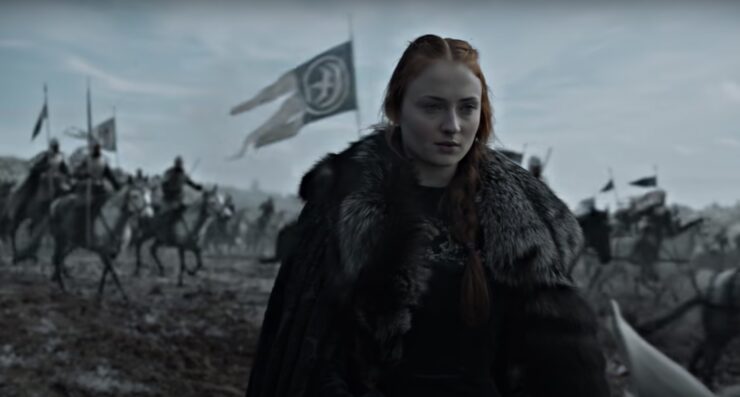 Sansa spent years witnessing the men in her life make well-intended but ultimately costly decisions based on pride and misplaced trust. She had also spent years often being in the background unheeded. Despite her insistence that Jon Snow and the Stark bannermen could not defeat Ramsay Bolton and his men, Jon refused to call on the Knights of the Vale for aid.

With Rickon Stark dead and the Stark forces overwhelmed, the so-called Battle of the Bastards begins to tip in Ramsay’s favor. As all hope seems lost, a clear horn rings out and the Knights of the Vale charge onto the battlefield. Sansa rides in beside Lord Petyr Baelish and watches as the Starks claim victory thanks to her decision to go behind Jon’s back and ask for help anyway.

Sansa’s decision is a significant turning point; after years watching in the wings, she takes everything she has learned and becomes an offensive player, a shrewd emerging leader in the Game of Thrones.

3. A Fitting End for Ramsay Bolton 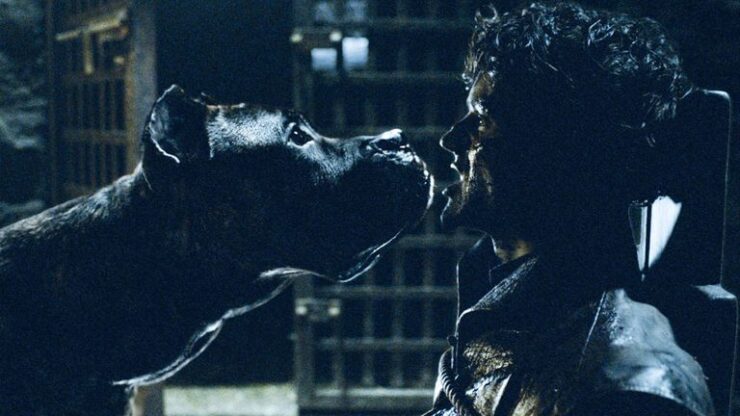 After the Battle of the Bastards, Sansa finds Jon relentlessly beating Ramsay on the ground. He only stops when he sees Sansa and walks away. Later, while others are restoring order in Winterfell, Sansa asks where she can find Ramsay. Having dealt with his brutality, it is understandable that she would want to know his fate. 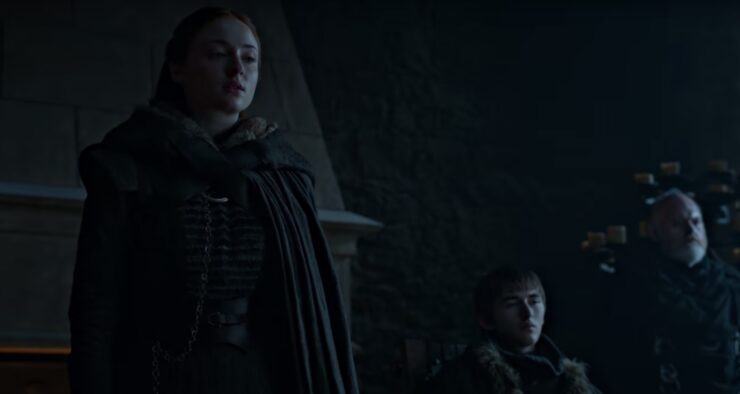 Although Sansa called on Petyr Baelish, also known as Littlefinger, for aid to reclaim Winterfell, she never forgot the pain that he had caused House Stark. From turning her mother and aunt against each other, murdering her aunt, participating in her father’s arrest and eventual execution, marrying her off to Ramsay, and a murder attempt on her brother Bran, Sansa bided her time to make Littlefinger pay for his treachery.

When Arya Stark arrives at Winterfell, Littlefinger is set on history repeating itself as he attempts to turn two sisters against one another. This time, however, he is unsuccessful. The two sisters play along, aware the whole time of what he is trying to do.

He is charged with murder and treason and begs Sansa to speak to her alone. She speaks his own words back at him, telling him, “Sometimes when I’m trying to understand a person’s motives, I play a little game. I assume the worst.” She points out that Littlefinger has manipulated so many, turning people and families against each other. She continues, “I’m a slow learner. It’s true. But I learn.” Thanking him for his “many lessons,” Sansa says nothing more as Arya steps forward and executes Littlefinger.

1. Queen in the North

Although it took Sansa several years to truly come into her own, Sansa’s resilience, ability to learn, and resolution to do what was best for the North make her the most fitting leader the North could have. Even under pressure to yield to Daenerys Targaryen, Sansa listened to her gut and refused to buy into the Mother of Dragons being a fit leader. She insisted that the North would “remain an independent kingdom, as it was for thousands of years.”

After spending much of their lives writing her off as a silly girl, each of her remaining siblings finally sees Sansa in a new light, recognizing her strength and her value to the North as a whole. Sansa’s conviction, loyalty to the North, and hard-earned lessons are rewarded as she is crowned Queen in the North.

The last viewers see of the eldest Stark daughter, she is seated on a throne featuring direwolves in the halls of Winterfell. She wears a direwolf crown on her head as rows of her bannermen chant, “Queen in the North.” Sansa is, at last, exactly where she belongs.

Over the course of Game of Thrones, Sansa goes from being a self-proclaimed “stupid little girl with stupid little dreams who never learns” to being perhaps the most intelligent and level-headed person in the entire series.

While most of her siblings demonstrate their power through their ability to fight, Sansa possesses the quiet but equally important ability to endure. Her ability to brave horrendous conditions, learn from them, and then apply those lessons and get justice for her family and herself make her one of the best and most fascinating characters in Game of Thrones.

What are your favorite Sansa Stark moments? Let us know in the comments and don’t forget to Let Your Geek Sideshow!