Scarlet Witch, also known as Wanda Maximoff, is a classic Marvel character and a valued member of the Avengers. An identical twin, a wielder of chaos magic, and a hero by every right, Wanda has had a complicated history in the Marvel Cinematic Universe. She’s also had some beautiful words of wisdom to share with the MCU audience.

Let’s take a look at 10 of the best Scarlet Witch quotes below.

“You guys know I can move things with my mind, right?”

In Captain America: Civil War, Wanda Maximoff (Elizabeth Olsen) is learning how to be a better hero. She’s being trained by the team, practicing team-up moves with Captain America (Chris Evans) himself, and learning stealth from infamous assassin Black Widow (Scarlett Johannson).

Still, Wanda is new to all this hero business and a tad impatient. She’s told to be careful, vigilant, safe, and secretive, and responds with this small quip. It’s nice to see her humorous personality shine through after years spent as an experiment and hostage in a HYDRA facility, and doubly awesome to see her confidence as a young woman. 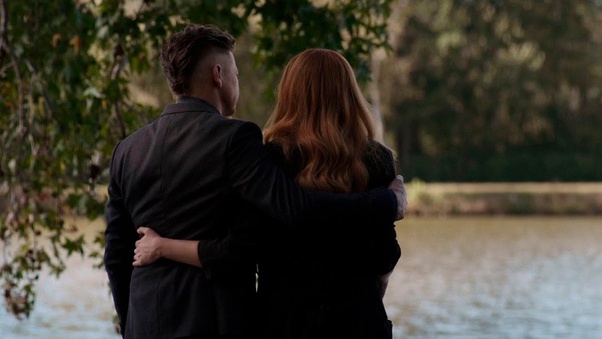 The resolution of Avengers: Endgame is bittersweet. While Earth’s mightiest defenders have won, their losses are still great. After an intimate but well-attended funeral, where all the heroes have gathered to pay their respects for Iron Man (Robert Downey Jr.), Wanda shares a quiet moment with a mentor and older-brother figure.

Clint Barton (Jeremy Renner) mourns the loss of his best friend and fellow S.H.I.E.L.D. agent, Natasha Romanoff. Wanda mourns her fallen lover, the android-avenger Vision (Paul Bettany). But as Wanda and Clint look out over a serene lake, they find purpose and hope. Wanda is confident that their losses were not in vain, and it’s a touching moment after all the action.

“Sooner or later every man shows himself.” 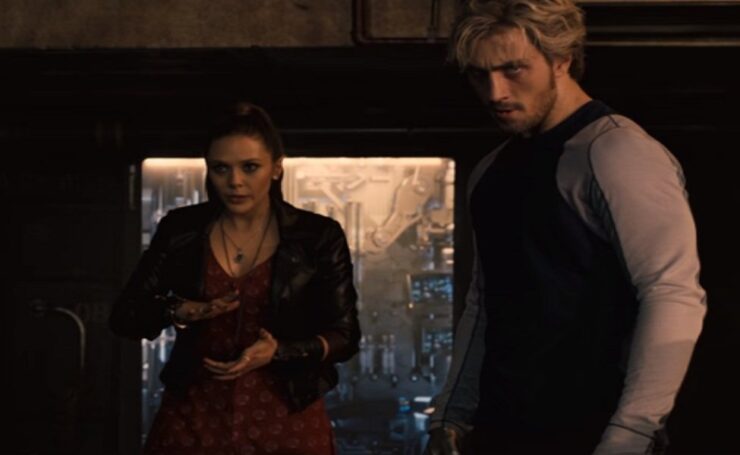 This pivotal moment in Avengers: Age of Ultron shows when Wanda and Pietro Maximoff/Quicksilver (Aaron Taylor-Johnson) stop trusting Ultron (James Spader) completely. Even though they are working for him to defeat Tony Stark, who they perceive as their enemy, Wanda is concerned about Ultron’s plans to annihilate the world. She doesn’t like that she can’t read his mind.

Still, she keeps her cool, telling him that he’ll reveal himself in time like any other man. Despite her manic-pixie-dream-girl look in this film, the quote demonstrates that she knows exactly what she’s doing and that she won’t tolerate Ultron’s lies or ego.

“I have everything under control.”

Wandavision Episode 4: “We Interrupt This Program” (2021) 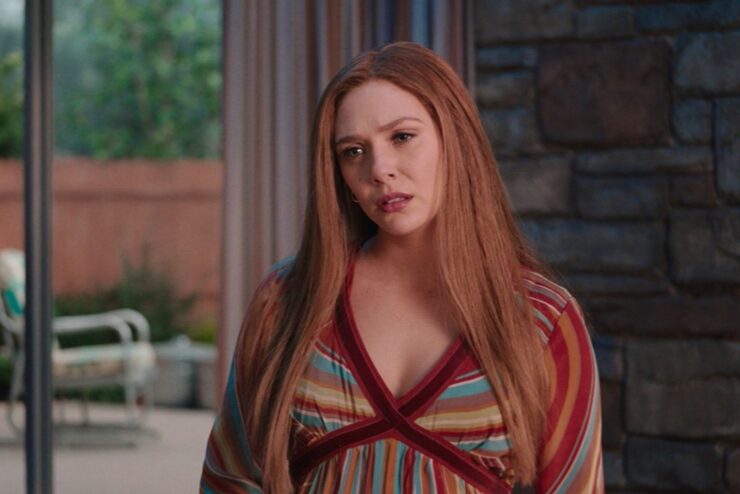 Wandavision was hailed as one of the most unique Marvel TV shows to date. It’s trippy, mixing genres and narratives, pulling from nostalgia as well as vital MCU moments. The biggest questions fans had as the season progressed was: Who is controlling Westview? Are the people real? Is Scarlet Witch a villain?

Although we later see that it was Agatha all along, “We Interrupt This Program” pushes audiences towards the idea that Wanda was manipulating people at will, and that she was in complete control over the situation. She ejects Monica Rambeau (Teyonah Parris) out of Westview in a violent power surge, then acts as if everything is fine. It is shocking, even heartbreaking. How could our heroine have fallen so far, after growing so much? Such a revelatory and leading quote, not to mention its almost manically sweet delivery, was a great script choice. 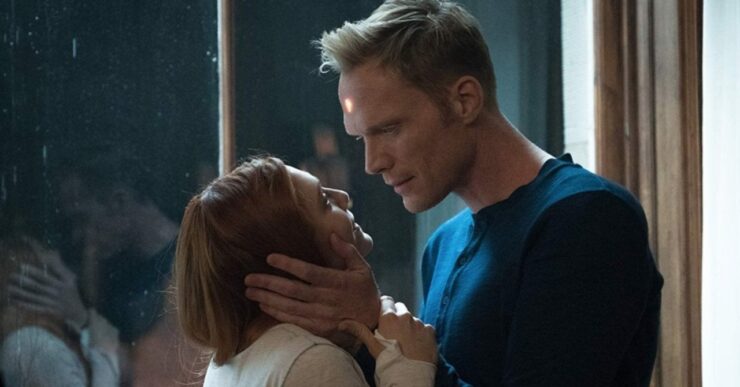 Scarlet Witch and Vision have an epic romance. So much so that their TV series name is their “ship name.” Their chemistry is off the charts, and they’re just adorable, constantly rooting for one another, having each other’s backs, and encouraging one another to express emotions and explore life’s complications through heartfelt conversations or soft moments like the one in Edinburgh. 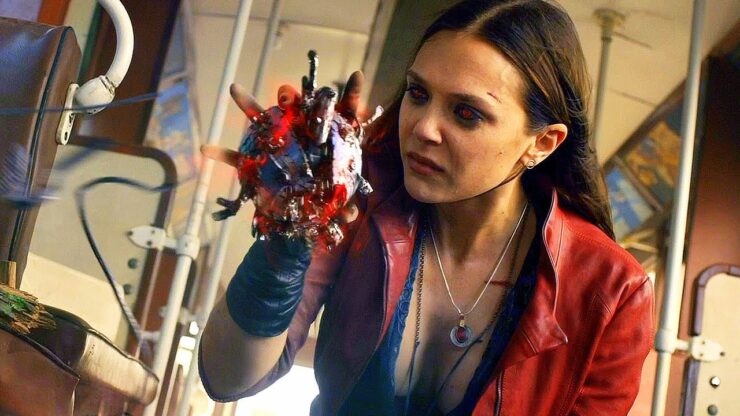 Overwhelmed with grief and fury, Scarlet Witch confronts the final version of Ultron. She has just lived through more lies, the destruction of her homeland Sokovia, and become an Avenger. Now she stands over the AI villain that killed her twin brother.

He tells her that she’ll die if she sticks around to defeat him. In a powerful, gut-wrenching move, she rips out Ultron’s “heart” and tells him that she already has, and this is what it feels like.

“You took everything from me.” 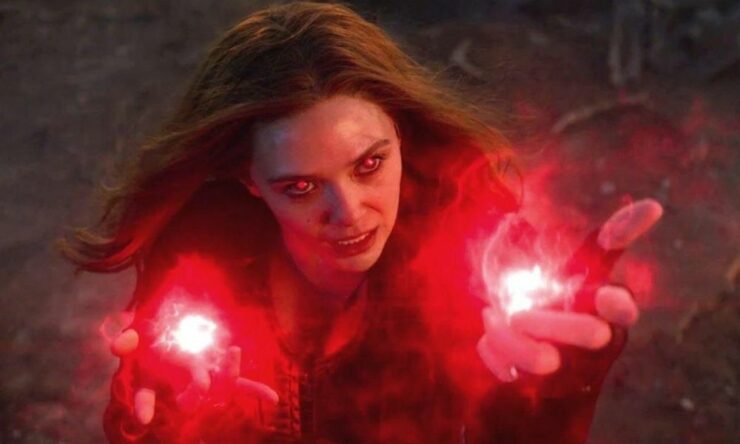 The final battle against Thanos (Josh Brolin) is the cinematic showdown of the century. A culmination of decades of Marvel content, it showcased all its major heroes’ strengths. Audiences finally get a glimpse of Wanda’s immense power, not the tempered bits of magic we were shown in her earlier appearances.

Speaking to The Mad Titan, Wanda approaches him with an earned amount of rage, her red eyes blazing and her mind set on destroying the foe that took away everyone she loves. 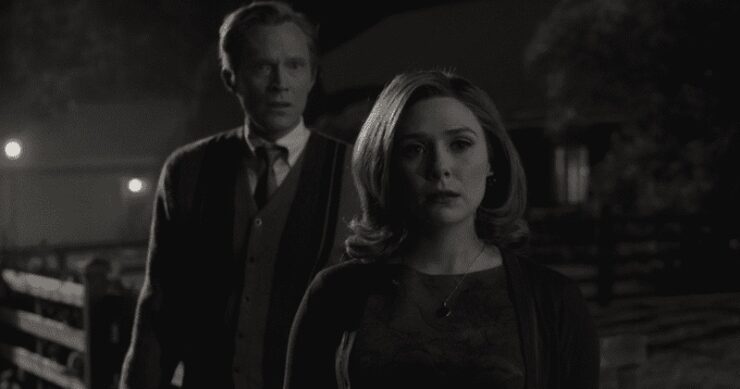 Although not the most verbose quote, this dialogue was chilling and memorable. After a S.W.O.R.D. agent infiltrates Wanda’s Westview paradise, she takes quick, decisive action. She watches the beekeeper emerge, Vision standing confused and concerned behind her, and she simply says, “No.” Immediately, the scene rewinds. Wanda and Vision return to their TV-screen-perfect paradise.

Now, this quote is amazing not only because it showcases Wanda’s unmatched powers of manipulation and reality distortion, but it’s also reminiscent of an iconic Scarlet Witch comic moment in House of M when she declared “No more mutants” and erased an entire generation of mutantkind.

“I can’t control their fear. Only my own.” 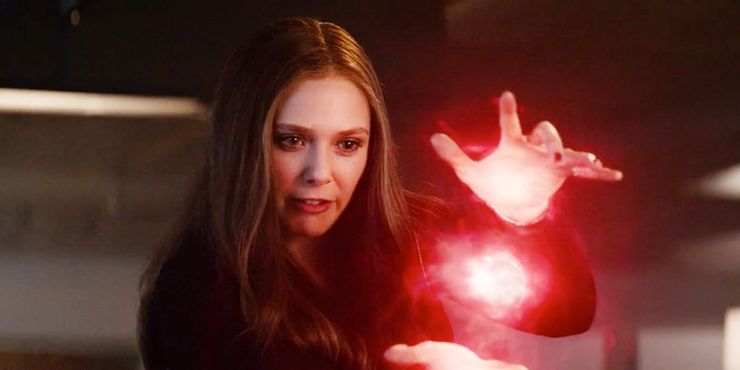 This quote is one of Wanda’s most empowering. She’s been taught to fear her power, to look at it as almost a weakness, something she needs to dampen to keep others safe. Locking it away, however, only makes it more destructive. Since she fears it, she allows it to control her, and thus allows other people’s opinions of her to control her own sense of self worth and security.

After she’s locked away for being too dangerous, she realizes it’s because she’s just that powerful and that threatening to the so-called “heroes” who want to keep her caged. With Hawkeye as an encouraging figure by her side, Wanda easily overpowers the allegedly unbeatable Vision. Finally free, she insists that she is the only person who can determine her place in the world and how she feels.

Scarlet Witch’s best quote occurs, obviously, in her solo series. Agatha Harkness (Kathryn Hahn) spends all nine episodes gaslighting Wanda and taking advantage of the woman’s grief, all so she can steal her chaos magic. She tells Wanda that Wanda is the Scarlet Witch and insists she’s had training. When Wanda refuses to play along with these mind games, she and Agatha take to the skies in a massive battle, surrounded by red and purple magic and the crumbling ruins of Westview.

With bated breath, we watch Wanda weaken and stumble, only to rise and reveal the runes she created in the atmosphere. Her classic costume — with its MCU twist — manifests and she takes all of her agency back. Her name, her powers, her life, it all belongs to her, and she knows who she is. It’s a scene that will go down as one of the greatest in Marvel history.

What’s your favorite Scarlet Witch quote? Let us know in the comments, and don’t forget to Let Your Geek Sideshow!