Stranger Things is a Netflix original sci-fi and horror television series. The show follows a group of children in the 1980s as they uncover mysteries plaguing their hometown of Hawkins, Indiana. And as expected of a coming-of-age supernatural story, Stranger Things deals with many themes that aren’t just monster hunting.

The characters are complex. The trials and tribulations they experience are relatable despite the Dungeons & Dragons villains haunting Hawkins. Below, we’ll break down quotes from the series’ first three seasons that are not only great in context, but can also be applied to our own lives.

“Mornings are for coffee and contemplation.” 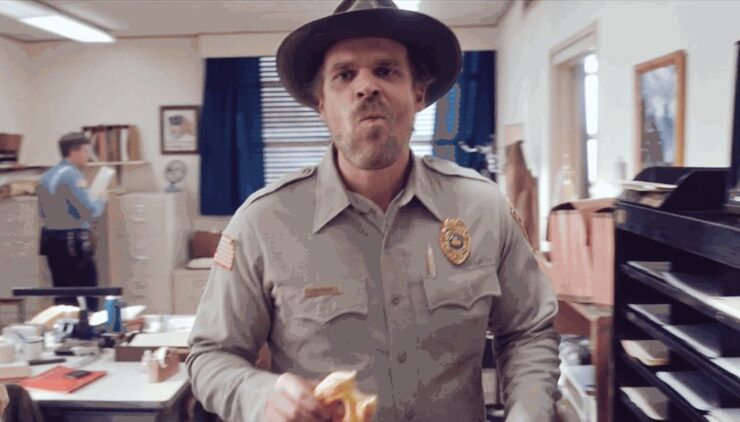 People who like to just vibe during the first few hours of their morning — this quote is for you. Although this version of Jim Hopper is a bit on the lackadaisical side, and his character growth is yet to come, this is still a wonderful outlook on mornings.

Clearly Hopper knows himself and what he needs. He’s taking some “me time” before the day begins. And really, more people should give themselves that cushion time. They should also make sure to finish their coffee before tackling any important projects. No wonder this slogan has made it onto coffee mugs everywhere owned by Stranger Things fans. 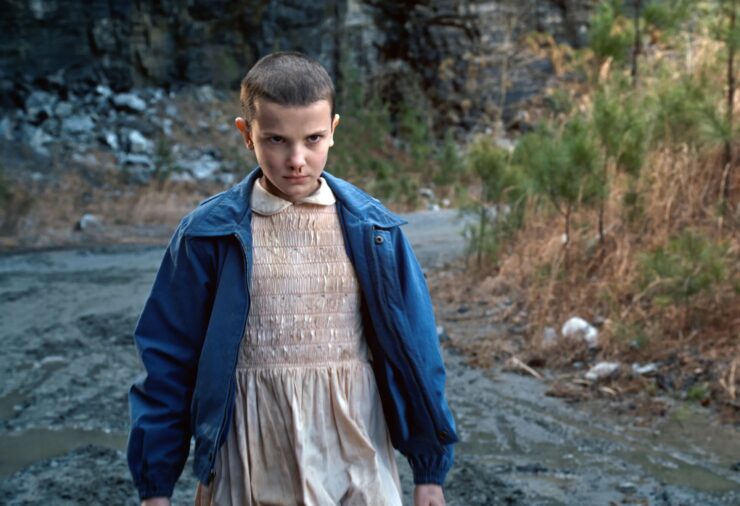 Perhaps the most famous quote from Stranger Things, “Friends don’t lie” has been a beacon of guidance for young Eleven. She grows up abused by a man who lies and threatens her, and doesn’t know much in the world besides pain. The Party — AKA Mike Wheeler, Will Byers, Dustin Henderson, and Lucas Sinclair — teaches her the value of true camaraderie.

Friends shouldn’t lie to you. If they do, they aren’t your friends. It’s a simple lesson, but all the best ones are. And now we can reference our favorite fandom when we reaffirm this to ourselves in our own lives. 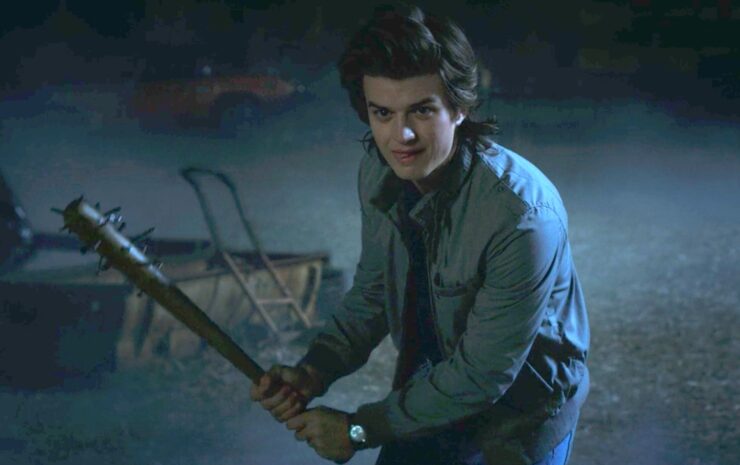 Steve Harrington grows up a lot between seasons 1 and 3. Ridiculous and ostentatious — plus just a really bad boyfriend — Steve makes a lot of mistakes. Then he gets a taste of the Upside Down and quickly stops being selfish. His paternal instincts activate. Suddenly he’s Hawkins’ best babysitter.

This quote exemplifies that newfound maturity, plus a sense of confidence in something other than beer drinking or dating. Take this opportunity to be inspired by Steve Harrington and find your new, better you!

“Nobody normal ever accomplished anything meaningful in this world.” 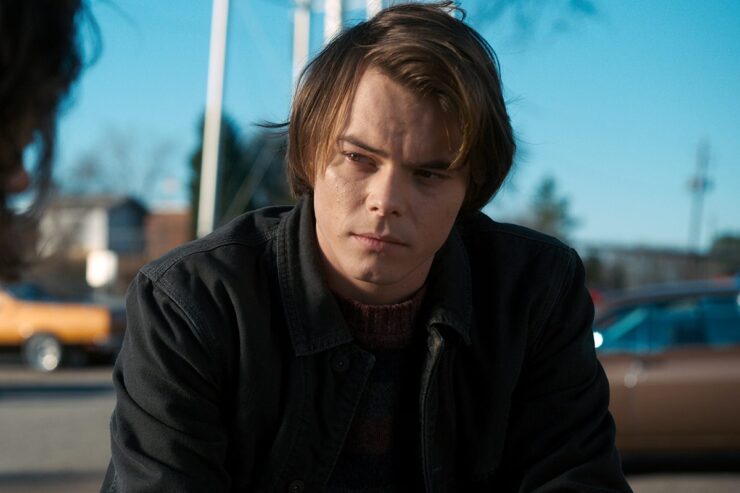 A social outcast, Jonathan Byers is bullied and berated for his style, music taste, and personality. Like many introverts, however, his unwelcoming exterior surrounds a heart of gold as well as emotional maturity. Jonathan’s quote here is a perfect example of his intelligence and confidence.

Jonathan knows he’s different, and he doesn’t have a problem with it. He embraces his oddness. And he also knows that breaking the norm is the only way he’ll really create change in the world. Thus if you ever feel similar to Jonathan Byers, remember his words about the value of being an outsider.

“Ask for forgiveness, not for permission.” 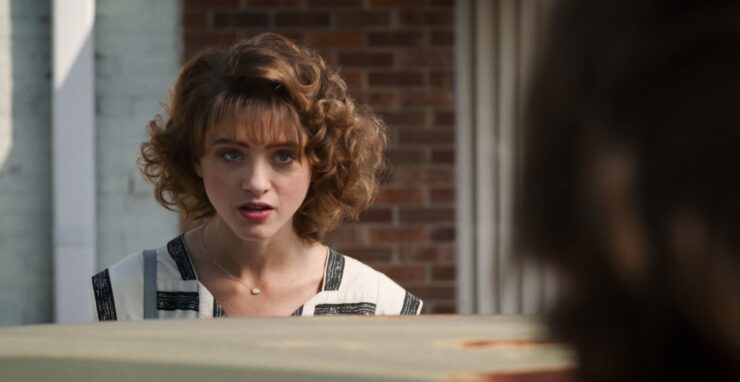 Nancy emerges into season 3 with inspiring confidence. She’s a go-getter, and will always make noise and get in the way despite how many people and systems oppose her. Therefore when she needs to investigate something, Nancy doesn’t ask for permission because she knows her requests will just be denied.

Ladies especially, let this be a lesson. Just do the thing! Take the risk. And Nancy Wheeler will stand behind you reminding you that it is easier to be granted forgiveness than it is to get permission. 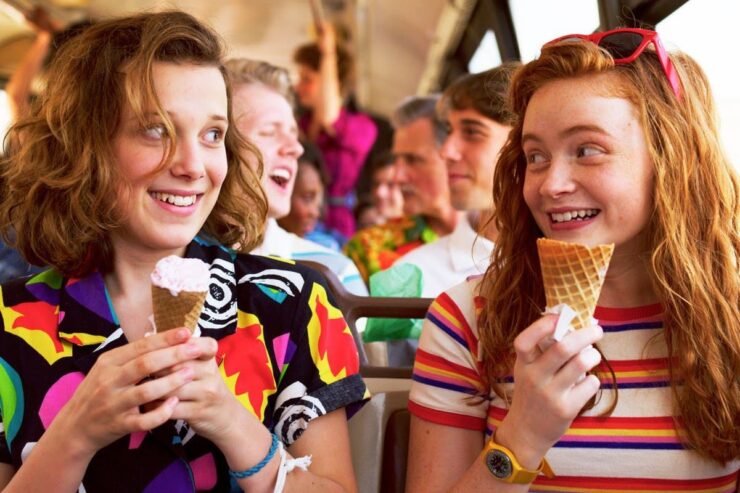 Max Mayfield coming at you hot with these words of wisdom! In season 3, Max and El finally become friends. Max helps El break out of her shell in an amazing makeover montage that still manages to break the typical “shy girl becomes beautiful” mold. Because what Max is doing is allowing El to discover herself and her interests rather than imposing anything upon her.

If you’re suffering from heartbreak, think of this quote. There’s more to life than romance. There’s ice cream and malls and everything else awaiting you — no strings or silly boys attached.

“We all die, my strange little child friend.” 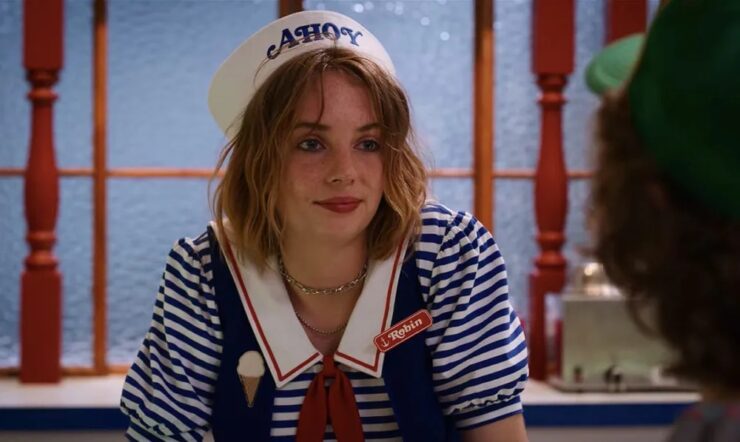 Robin Buckley is a standout season 3 character. With a refreshingly abrasive personality and a no-nonsense attitude, Steve’s Scoops Ahoy coworker slings ice cream and steals our hearts in every scene she’s in. She also brings a new type of weirdness to the already comedic group of kids and teens.

Take this quote, for instance. It’s funny yet meaningful. Robin is telling Dustin Henderson that we all have to die eventually — It’s just a question of how and where and why we go. But for a series that constantly deals with death and grief, it’s cool to see a character who has accepted the circle of life without fear. Maybe Robin can also help you face the unknown with a lighter heart. 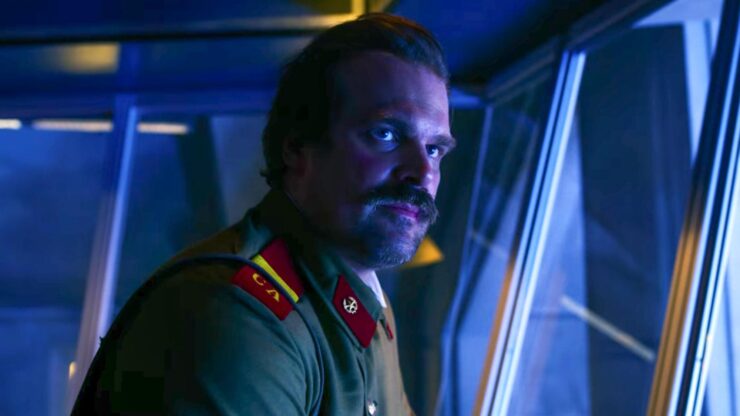 It’s only right that we bring this list full circle with another Jim Hopper quote. Love or hate him, Hopper is one of the most important characters in the series. And his affection for El has helped her find strength and family when for so long it seemed she would always be alone.

Hopper spends much of season 3 fighting against El’s growing independence. He’s holding onto a version of her that doesn’t exist, onto a time that has passed. But in this closing monologue, Hopper recognizes that times are changing. He has to change with them, as well as allow his daughter to blossom into the beautiful young adult she is. Let this quote serve as a reminder to you to let your friends and family grow into their best selves, too — no matter how difficult it is for you. ‘Cause chances are it’s difficult for them, too, whether Demogorgons are involved or not.

What is your favorite Stranger Things quote? If you’re not sure, perhaps it’s time for a rewatch. Afterwards make sure to tune into the season 4 volume 1 drop on Netflix on May 27, and don’t forget to Let Your Geek Sideshow!