It is hard to believe that Marvel Cinematic Universe fans first met Scarlett Johansson’s Natasha Romanoff over ten years ago when she made her debut as Black Widow in Iron Man 2. Since then, she has been an important part of six additional Marvel movies — features in each Avengers title as well as the last two parts of the Captain America trilogy.

For years, Black Widow fans have been clamoring for Natasha to headline her own movie. After more than a decade (plus over a year of delays), audiences had the opportunity to see Natasha take center stage this past weekend. With a storyline focused on Natasha’s roots, viewers finally had a chance to really get to know the often-guarded S.H.I.E.L.D. spy. Here are the three big things that we learned about Natasha’s past in Black Widow.

1. She had a “family” before the Avengers. 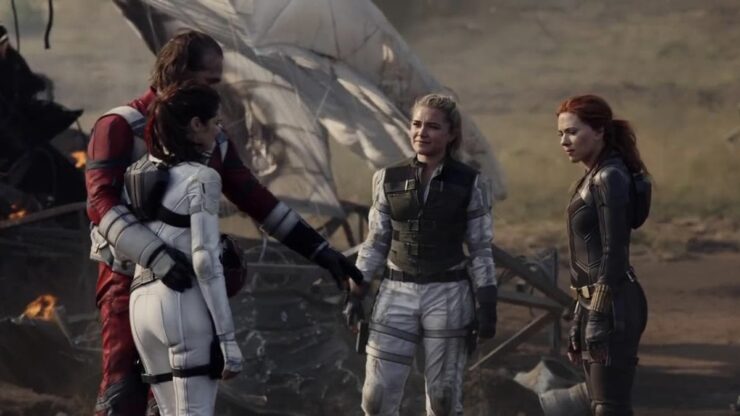 Black Widow opens with a young Natasha in an idyllic suburban setting with her seemingly normal family. The façade of a perfect childhood quickly falls away, however, when her father comes home and informs them that they need to leave immediately. A frantic escape with S.H.I.E.L.D. agents in hot pursuit follows. Viewers learn that this “family” had been a three-year undercover operation, with her Russian “parents” Alexei and Melina tasked with stealing intel from a facility in the United States.

Natasha recognizes that it is time for her to return to her training in the Black Widow Program, and attempts to prevent her younger sister from following the same path as her. Her attempts to protect her, although passionate and valiant, amount to nothing as both girls are taken and the four family members go their separate ways.

As the movie progresses, the audience witnesses an extended, uncomfortable, and at times humorous reunion for this strange, cobbled family unit. Natasha’s sister Yelena has grown up under complete mind control in the Black Widow Program and, once freed, proves herself to be an emotionally intelligent, spirited, and hilarious little sister figure. Whether she is passionately describing how the family felt real to her as a child, pointing out the benefits of a vest with a lot of pockets, or teasing Natasha for being a “poser,” it is very easy to see why Natasha cares for her so much and why she was so intent on safeguarding Yelena from the same fate.

Alexei, viewers come to find out, was a Russian super soldier known as the Red Guardian with close ties to General Dreykov, whose name had only been heard in Avengers when Loki attempted to get under Natasha’s skin as she interrogated him. As Alexei’s time on screen progresses, it is increasingly clear that his role in the operation was more brute strength than anything else. With a penchant for reliving his glory days and saying the wrong thing at the wrong time, he provides many of the movie’s more comedic moments with his well-intentioned yet woefully ill-constructed ideas and attempts to connect.

Melina, Natasha’s mother figure who had also been trained in the Red Room, brings more than just her skills as a fighter to their mission. She is a brilliant scientist, and in great part responsible for honing the mind control protocol in the Black Widow Program that would eventually be used on her surrogate daughter Yelena. Although her ledger is dripping red much like Natasha’s, Melina takes this reunion and Natasha’s mission to end the Black Widow Program as an opportunity for redemption.

In Natasha, viewers can see a varied and often-shifting level of fondness and respect for each member of the family as the movie progresses. In the end, it seems clear that this reunion, their shared success in ending Dreykov’s reign, and the trust that they develop in one another is exactly what Natasha needed to heal.

2. What Happened in Budapest 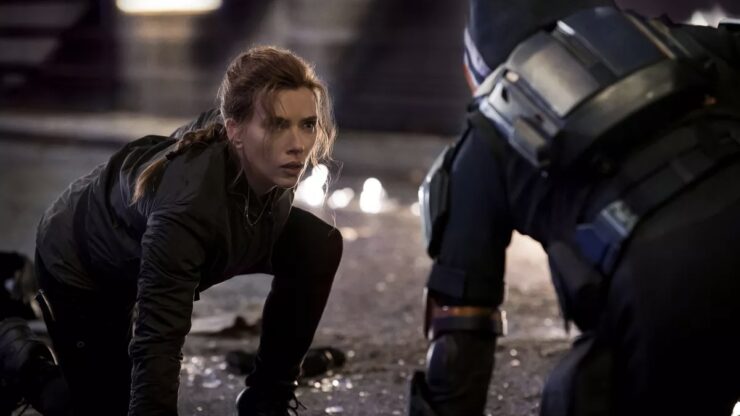 During Loki’s attack on New York in the first Avengers film, Natasha notes that the current predicament was, “Just like Budapest all over again.” Clint, shooting arrows at the invading Chitauri army, tells Natasha that the two of them “remember Budapest very differently.” Ever since this brief exchange between Hawkeye and Black Widow, fans have wanted to know what exactly transpired that made it worthy of mentioning. Black Widow at last lets viewers in on the details of that mission.

Audiences were already aware that instead of killing Natasha, Clint made the simultaneously calculated and merciful decision to recruit Natasha to serve as a spy for S.H.I.E.L.D. This choice would go on to serve as fertile ground for a deep, abiding friendship between the two would-be Avengers. To complete her transition from Russian spy to S.H.I.E.L.D. agent, Natasha was charged with killing General Dreykov in Budapest. While Natasha could look back and recognize that Dreykov needed to be taken down, the collateral damage of the mission would continue to haunt her; right as Natasha needed to make the call to blow up the building Dreykov was purportedly in, his young daughter walked in. After a moment’s hesitation and recognizing this was her one way out, she gives the all clear for detonation.

Natasha comes to learn that neither Dreykov nor his daughter, Antonia, were killed that day. As it turns out, Dreykov’s daughter had been more or less programed in a similar fashion to the other Widows to serve her father’s mission as Taskmaster. Although it is clear that Natasha will never stop feeling guilt about the chain of events she set off with that bomb, she is able to release Antonia from the mind control and give her a chance at having a life of freedom.

3. The Story of Natasha’s Real Family 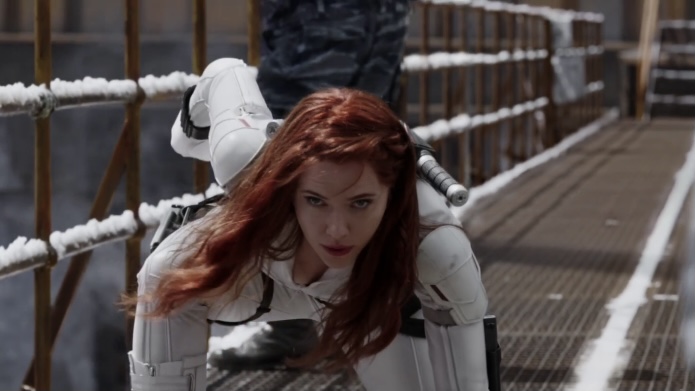 One of the most bittersweet aspects of Natasha’s personality and history is her ability to create familial connections wherever she goes. This ability is in part a testament to her loving, protective nature; it unfortunately is also a side effect of her never knowing the stability that a real, loving family often provides growing up. Having never experienced that unconditional love and trust, Natasha almost always has a backup plan to make sure that she is taken care of. Her life started with abandonment as far as she knows, and that trauma seemed to repeat itself throughout her life.

Black Widow, which takes place immediately after the events of Captain America: Civil War, finds Natasha using one of her backup plans to go into hiding. She initially reconnects with Yelena, Alexei, and Melina out of necessity, and during this time eventually learns what happened to her birth family and how she came to be recruited into the Black Widow Program.

Natasha had operated under the assumption that her mother had abandoned her as an infant. It is only during a candid moment with Melina that Natasha learns the truth: Natasha had been chosen based on her “genetic potential” as an infant and her family had been paid to give up Natasha. Natasha’s mother, it turns out, was as tenacious and persistent as her daughter and never stopped trying to find her. Melina, and later General Dreykov, confirm to Natasha that her mother’s unrelenting search ultimately led to her being killed to keep the Red Room a secret. For Natasha, this must have been a bittersweet revelation. She had spent her entire existence feeling like her lot in life was to be abandoned and only loved insofar as she was useful. To learn that her mother had never stopped looking for her until it cost her her life would have certainly brought a mix of peace and pain. 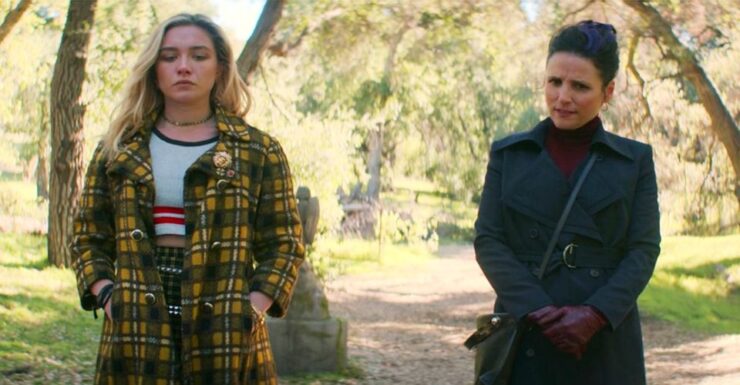 While most of the revelations about Natasha are about her past, fans also get a glimpse at a small but profound moment following the events of Avengers: Endgame. Many Black Widow fans felt that neither the audience nor the Avengers had an opportunity to really process the loss of Natasha in Avengers: Endgame in the wake of Tony’s death, and the after-credits scene in Black Widow succeeds in providing the closure that audiences had been craving.

Yelena parks her car on a beautiful, wooded road and gets out of the vehicle with the dog she had told Natasha she hoped to get one day. She walks through a cemetery and approaches a headstone beneath lush trees that reads Natasha Romanoff: Daughter, Sister, Avenger. She takes a moment to lovingly touch it and whistle the way that she and her sister once used to. Although the moment is brief and also serves to set up Yelena’s next steps in the MCU, by showing one of Natasha’s loved ones acutely feeling her loss, this moment serves as heartwarming tribute to the beloved fallen Avenger.

Throughout seven previous MCU movies, fans have been able to see Natasha function as a skilled fighter, deadly assassin, loyal friend, and gifted spy. Her resourcefulness, lightning-fast sense of humor, dedication to doing the right thing, and fierce protection of her loved ones made Natasha easy to love and root for.

All of her decisions in previously released movies, including her final decision in Endgame, make even more sense within the context of Black Widow’s revelations. By providing more in-depth background on who Natasha was before she was an Avenger, Black Widow did an excellent job pulling back the curtain on Natasha Romanoff not just as a hero, but also as a person.

What is your favorite part of Black Widow’s cinematic journey? Let Your Geek Sideshow and tell us in the comments!