(Spoiler Warning for Game of Thrones!)

It’s been one hell of a ride for Game of Thrones fans- a long, wintery ride not unlike Jon’s trek past the Wall in the north.

Luckily for us, that’s only meant waiting. No wildlings or army of the dead along the journey. Instead, the showrunners have left us with the unforgettable cliffhanger of the Night King riding a reanimated Viserion to bring down the Wall in icy blue fire.

It’s no wonder GoT fans have perfected the art of theory crafting. What else can we do while we wait to see how the Seven Kingdoms deal with the white walkers marching south? Now is an ideal time to ponder over some of the best season 8 predictions with the series’ final season premiering on April 14th—almost a month away!

While we wait for winter to come, let us share some of our own season 8 theories with you.  Keep reading to find out what we think about major battle outcomes, how the ex-King of the North deals with his true parentage, and how that will affect his and Dany’s unique relationship. And last but not least, see which characters we think won’t make it to see winter come to an end.

There Will Be A Battle Of Dragons…Dead And Alive 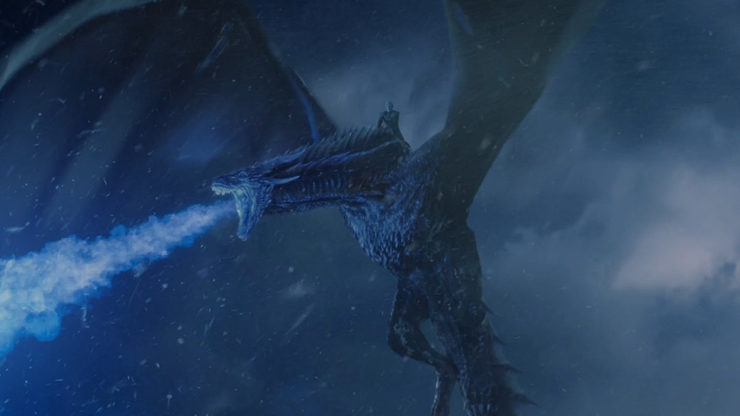 Season 7 ended with the Wall plummeting to the ground with the help of Dany’s dragon, Viserion. Except he’s not any old dragon now- he’s an undead wight dragon at the mercy of the Night King and viewers left him flying southward, ready to destroy anything living that comes his way.

And what about Dany and Jon? Didn’t we leave them on a steamy pursuit up north with Drogon and Rhaegal flying the skies? This can only mean one thing-

We predict that Season 8 will give viewers one epic dragon battle. It’s anyone’s guess as to which dragons won’t make it out alive. What we do know is there’s one lonesome dragon left without a rider. Daenerys always mounts Drogon and the Night King controls poor Viserion, so it seems likely that the showrunners are heavily foreshadowing that Jon, a true Targaryen, will ride Rhaegal.

You know, the dragon named after his true father…

Jon Finally Finds Out He’s Not a Bastard 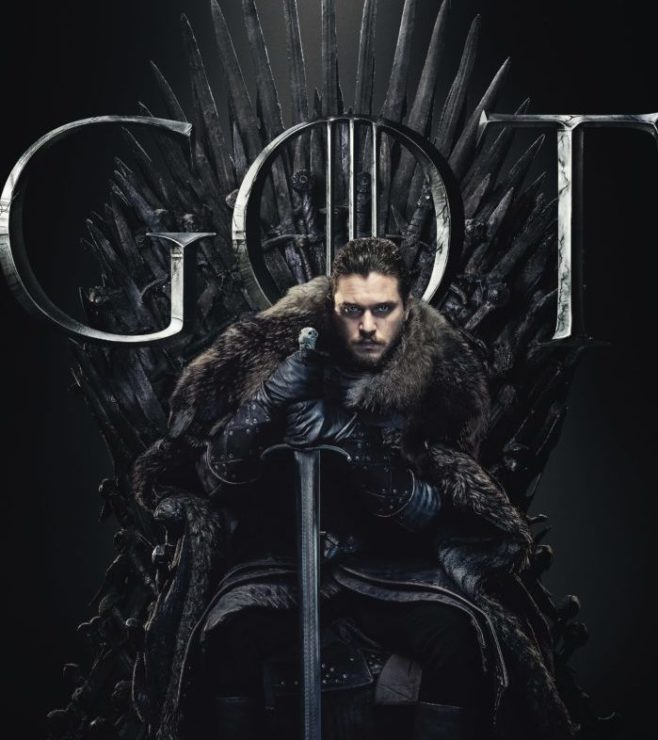 Last season’s final episode showed the meeting of two very well-informed characters who unlocked one of the biggest in-world secrets the series had to offer.

Bran, the socially awkward Three Eyed Raven who can see the past and knows everything, sits in front of a fireplace with the same glossed over look that gives Sansa the heebie geebies. In walks Samwell Tarly- the Game of Thrones intellectual with the resources (stolen from the Citadel) to prove everything Bran knows. What do they discuss? Jon Snow, of course.

With Sam’s advice, Bran revisits the secret wedding of Rhaegar Targaryen and Lyanna Stark. He also verifies that Jon is rightful heir to the Iron Throne. The brilliant duo have one mission now and that’s to tell Jon his true parentage and birthright.

But when will this truth bomb drop? And how, if at all, will this change anything? Jon was a reluctant King in the North. How will he react to hearing he has more right to the throne than his Queen?

Daenerys and Jon’s Relationship Will be Tested 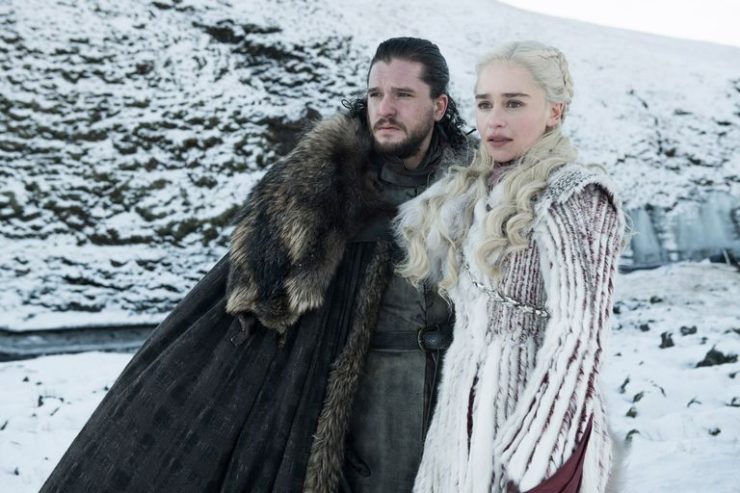 Speaking of truth bombs, there’s no way Dany won’t be bothered when she finds out her newfound lover is actually her nephew.

No matter how much the Khaleesi wants something- like the Iron Throne- she’s always demonstrated restraint and ultimately done the right thing. In the case of the Iron Throne, it’s meant she’s held back from utterly destroying her enemies with “fire and blood.” Will she also restrain herself from Jon?

That isn’t the only thing for the couple to consider in season 8. Last season heavily foreshadowed a possible Khaleesi pregnancy. First, there was Tyrion questioning her lineage. Then Dany telling Jon the dragons will be her only children. But the most significant moment came in the episode titled The Dragon and the Wolf. She tells Jon that the witch who murdered her husband told her she couldn’t have any children.

Jon’s response was the “a-ha” moment every fan was waiting for. “Has it occurred to you that it might not have been a reliable source of information?” Hmm. Showrunners David Benioff & D. B. Weiss have jumped through hoops to almost verify Jon and Dany’s pregnancy. 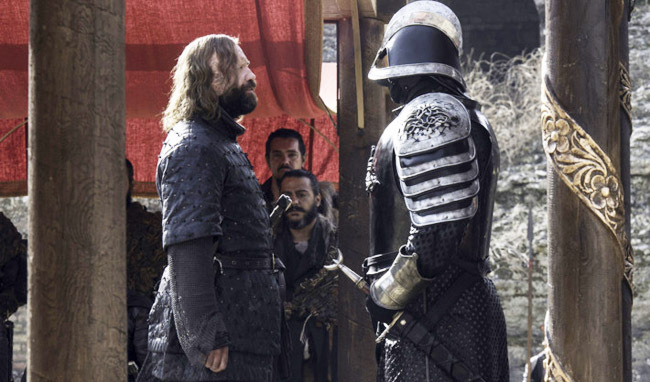 Let’s start with one of the most accepted death predictions. Cersei Lannister, we’re talking about you.

Out of all the many fan favorite death predictions, Cersei is at the top. The queen of Westeros could see death delivered by one of two people. It could be Arya Stark, who has the devilish queen bee on her hit list. More likely than that—although it would be awesome to see which face Arya would use to kill her—is the Valonqar prophecy.

Maggy the Frog told little Cersei she would have 3 kids, all crowned and all dead before her, and that her little brother would murder her. Earlier, fans believed Tyrion was the most obvious choice as the “little” brother of the prophecy. Now, it seems more likely it will be the queen’s lover and slightly younger twin brother, Jaime Lannister. The last scene in which we see the Kingslayer shows him finally manning up and deserting the new Mad Queen. We can guess what happens next but you can’t say it wouldn’t be poetic to see Jaime become the Queenslayer.

Another fan favorite death prediction is a little something known as the “Cleganebowl”. It’s the final facedown between the Hound and the Mountain—two brothers no one wants to stand in the way of. This showdown was essentially confirmed in The Dragon and the Wolf when the Hound stares his zombie brother down: “It’s not how it ends for you, brother. You know who’s coming for you. You’ve always known.” Here, the Hound is talking about himself. He’s going to be the one to end Ser Gregor’s zombified life. That’s one super-bowl I know I’m dying to watch.

Who else is destined to die in the all-out war in Westeros? We’ll have to wait for the series premiere on April 14th for answers that.

Are you ready for Game of Thrones Season 8?  What fan theories do you hope come true?  Let Your Geek Sideshow and tell us in the comments below!

Disney's Maleficent Sequel Gets Title and Release Date, Arrow to End of the CW with Season 8, and More!