Halloween is approaching. For horror fans, that means one thing. The time for creeping crawling heebie-jeebies and spine-chilling terror is upon us.

It’s time to celebrate all things spooky. What better way to prepare for All Hallow’s Eve than by investigating the classic monsters that fill the streets of October 31st? The ones who have haunted the dreams of us mere mortals for decades, years and millenniums.

Stick around all week as we take a closer look at the monsters that have defined Halloween since the very beginning. We will indulge in the rich history, first sightings and most famous examples.

Are you ready for a truly Spooktacular lesson? 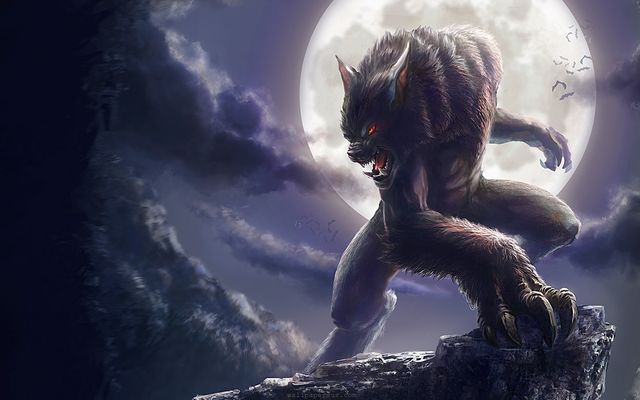 “Even a man who is pure in heart and says his prayers by night, may become a wolf when the wolfbane blooms and the autumn moon is bright.”

Defining qualities: A human who can shapeshift into a wolf either by a full moon, a bite from another, or curse.
Weakness: Silver

The legend of werewolves and their characteristics are universal. Everyone knows those bitten or cursed transform into terrifying wolf-beasts during the full moon. The transformation itself can be excruciating and, once complete, turns beasts mad with a taste for blood and killing.

But, is that really all there is to it? Has this well-defined image always been the case throughout history?  The true origin of the werewolf is much murkier than that.

The Origins and History

Many cultures throughout history have spun their own versions of tales describing men who turn to wolves. Sometimes werewolves are born out of acts of punishment, and often these stories are told as cautionary tales against savagery.

In Greek mythology, the Legend of Lycaon tells the story of Lycaon, King of Arcadia, who was too skeptical of Zeus’s all-knowing powers. Lycaon killed his own son, roasting his flesh to serve for the god, in the sole pursuit of testing his omniscience. In retribution, Zeus turns the king and his sons into wolves.

Tales of wolf transformations were also popular old wives’ tales. This, along with alleged werewolf sightings, helped solidify the lore.

Eventually, Christianity began to spread throughout Europe, taking hold of its myths and stories. The religion could not shake tales of beasts that didn’t belong to its narrative, so it claimed werewolves, witches, and the like as its own. Each were marked as Satan’s allies. This only ignited werewolf ‘sightings’ throughout the Middle Ages and in the 15th century, the first recorded lycanthropy trial was held in Switzerland. Mostly men were alleged to be shapeshifting wolves.

During this time, trials often called on medical insights, calling in doctors to give their expertise. Many doctors treated lycanthropy not as a Satanic metamorphosis, but as a serious psychological condition where sufferers believed they were turning into a wolf. Nonetheless, European werewolf trials persisted until the 17th century. 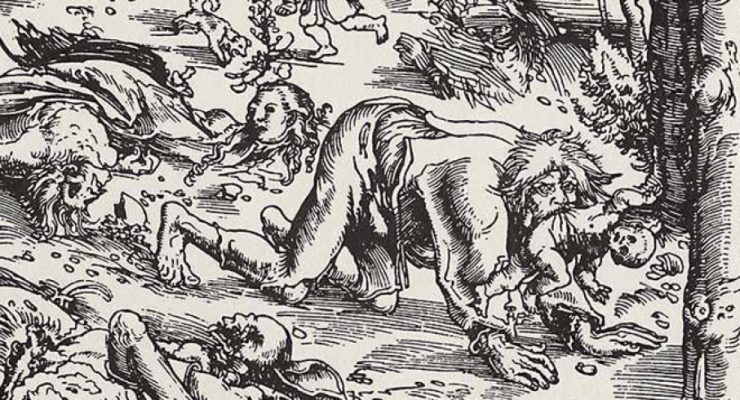 Of all the alleged werewolf sightings and trials, one of the most terrifying and true accounts occurred in France in the 16th century. Gilles Garnier, later known as “The Werewolf of Dole”, was a recluse who lived on the outskirts of the town, Dole. When he married, he moved his wife into his home in the woods, away from society.

Soon enough, Garnier learned how difficult it was to feed both he and his wife. Around this same time, children began to go missing. A few were found with their flesh from their legs and stomachs ripped off. Eventually, while a group traveled past the hermit’s home, Garnier was caught in his home with the body of a child corpse. The group claimed that in the dim light of the recluse’s home, Garnier did not look like an ordinary man—they claimed he was a wolf.

During his testimony, he claimed a ghost approached him in the woods—promising an easier hunt to feed him and his wife. How? By morphing into a wolf during his hunts. He was guilty of murdering at least 4 children—mostly devouring them on the spot and sometimes saving a limb for his wife. The cannibal serial killer was burned at the stake for crimes of lycanthropy and witchcraft. 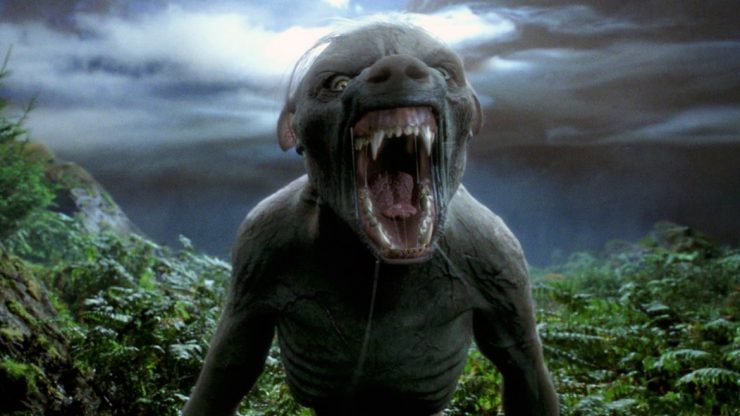 Werewolves of the past were anything but sweet and cuddly. What about now? Are these shape-shifting creatures still flesh-eating monsters with a desire to kill anyone in their path? The short answer is yes. Today’s lycanthrope is still a murdering monster, but since the rise of film in the 20th century, many attributes have been added to the lore. Like, the belief that a bite from a werewolf will turn you into one. That’s not historical. The idea was first introduced in 1935’s The Werewolf of London.

These canine monsters may be as dangerous as their ancestors but many filmmakers and writers try to tell their story from a different angle. J.K. Rowling expressed Professor Lupin’s internal struggle during the full moon in Harry Potter, and Twilight‘s Jacob just wants to be loved. Meanwhile, True Blood focuses on the sex appeal of these animalistic beings.

Avengers 4 Trailer Coming "By the End of This Year", Madame Xanadu Cast for DC's Swamp Thing, and More!