Sister Act 3 is currently in development, intended for release on the upcoming Disney+ streaming service. The screenplay is currently being written by Regina Y. Hicks and Karen Gist, and the pair has previous experience writing musical comedies for Disney Channel. There are no additional details for Sister Act 3 at this time. 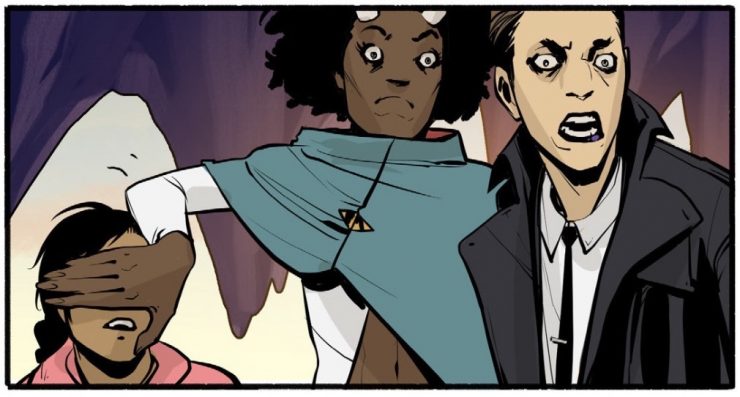 Acclaimed comic book writer Brian K. Vaughan has signed a deal with Legendary Television Studios to adapt some of his works into television series and films. Vaughan is best known for his creations like Saga, Paper Girls, and Ex Machina. He is also currently an executive producer on FX’s adaptation of his Y: The Last Man series, but there is no word on what series will be adapted as a part of this deal.

Jodie Whittaker Will Return for Doctor Who Season 12

Actress Jodie Whittaker has confirmed her return for Doctor Who Season 12. Whittaker currently plays the 13th incarnation of the time-traveling Doctor and is the first woman to take the role in series history. The Doctor Who Season 11 finale will air today, December 9th, and the show will have a New Year’s Day special before production begins on Season 12.

TBS has revealed the premiere date and a teaser trailer for its new workplace comedy set in heaven called Miracle Workers. Based on the book What in God’s Name, the 7-episode limited series stars Steve Buscemi as God and Daniel Radcliffe as a low-level angel working to save humanity’s souls. Miracle Workers premieres on February 12th, 2019 on TBS.

See the promo below!