From a sickly army reject to the Star Spangled Man with a Plan, Steve Rogers has had a major evolution throughout the Marvel Cinematic Universe. Learn about his heroic origins and how Captain America has become more than a shield and a symbol of freedom- this is Captain America Then & Now. 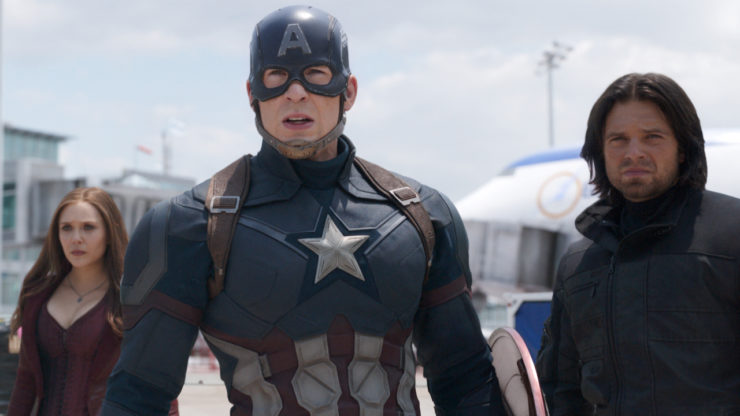 The Star-Spangled Man with a Plan has had a major evolution in the Marvel Cinematic Universe- from skinny Steve Rogers to becoming Captain America, a super soldier and one of the most iconic heroes in film today. His impact throughout the Infinity Saga is on par with the presence of Iron Man, serving as a symbol of true freedom, even against injustice from the very government that created him.

With the release of Avengers: Endgame, it seems that Captain America as we knew him is no more. Steve Rogers lived a full life (but whether it was in an alternate reality is up for debate!) and has passed the shield on to another famous bearer of the mantle from comics- Sam Wilson, The Falcon. But it’s important to recount the journey of the shield as it protected, attacked, and shattered in some of the biggest battles of the MCU.

The future of Marvel’s film universe is currently unknown, and now only time will tell if and when the star-emblazoned shield will next appear in the MCU.

If you are interested in following Captain America’s journey through the MCU, it’s essential that you watch these films: