Six sides, six configurations, and a whole slew of Cenobites await anyone who dares unlock the Puzzle Box. Hellraiser has horrified fans since 1987 and now the horror franchise is getting a reboot from Hulu.

David Bruckner (The Night House) will direct and Clive Barker will return to produce. Odessa A’Zion will play the lead character Riley and Jamie Clayton will play Pinhead. The new Hellraiser will begin streaming on October 7, 2022.

The most noteworthy update in this iteration of the gory classic is that Pinhead will be female for the first time in the film series. Bruckner has elaborated that this new version of Pinhead won’t try to imitate Doug Bradley’s iconic original performance — instead, Clayton’s Pinhead compels viewers to contemplate the horrific figure’s own hidden desires. In addition to Pinhead’s new form, there will also be new Cenobites to accompany The Hell Priest.

Before the movie debuts, join us as we descend into the pits of the Labyrinth to uncover some Hellraiser history.

What is the Puzzle Box in Hellraiser?

Only certain objects, not of this world and tainted by immense darkness, can open a schism in time and space to allow Cenobites into our dimension. One such object is the Puzzle Box, also known as the Lament Box or Lament Configuration. Once unlocked, chances for survival really aren’t likely, all things considered. What lies within only creates eternal pain and suffering.

It all started with Clive Barker’s novella The Hellbound Heart in 1986, which he adapted into a feature film the following year with Hellraiser. Through the box, Pinhead and the Cenobites can visit Earth. Their presence inevitably brings chains, whips, and a whole lotta leather gear. In the original franchise, Kirsty Cotton was the first human to have any semblance of success against the Puzzle Box.

Pinhead and the Cenobites 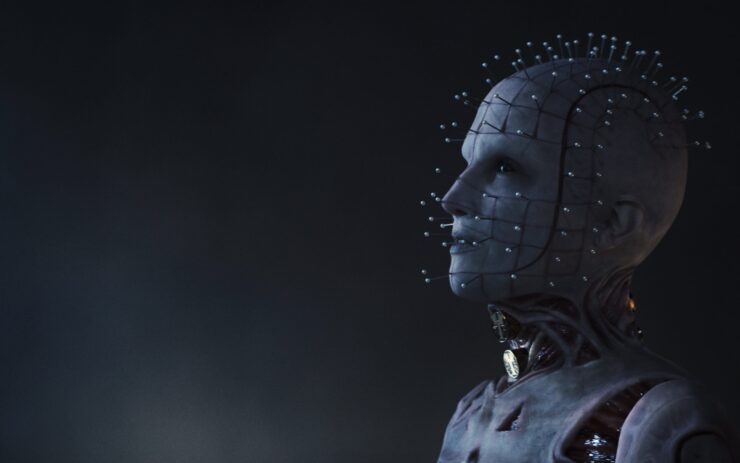 Pinhead and the Cenobites are from a dimension referred to as Hell. It’s a labyrinthine realm that glorifies the flesh, paying tribute mostly through intense torture.

Most Cenobites were once humans. Thus, their Cenobite form reflects some aspect of their suffering as humans. For Pinhead (in the original franchise), he lost his faith in humanity while alive. As the Lead Cenobite, Pinhead would become a judge of sorts, a leader to dole out punishment and pleasure as he saw fit. He and his Cenobites are servants of Leviathan and members of the Order of the Gash. 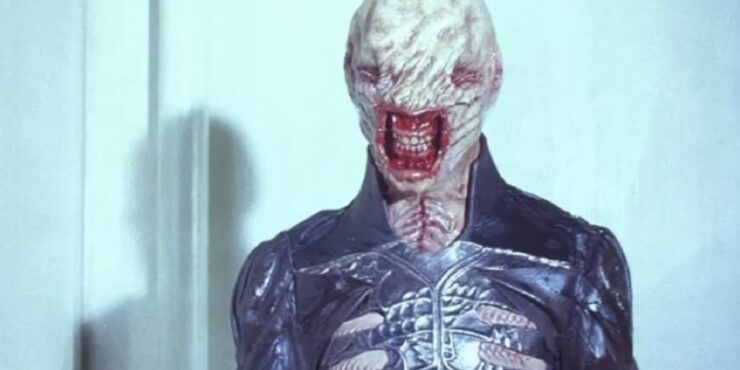 One of the most famous Cenobites is Chatterer. This Cenobite’s disfigured face has an exposed grimace, cheeks sliced open and pulled back while he gnashes his teeth incessantly (hence the name). He is a close attendant of Pinhead and makes a brief appearance in the new Hellraiser‘s official trailer.

Hellraiser also has an extensive series of comics. In the comics, Chatterer was brought back from death even though he met his end in the films. Like Chatterer, the Female Cenobite has also been revived in the comics. This could mean she might return alongside Chatterer and Pinhead in Hellraiser (2022). 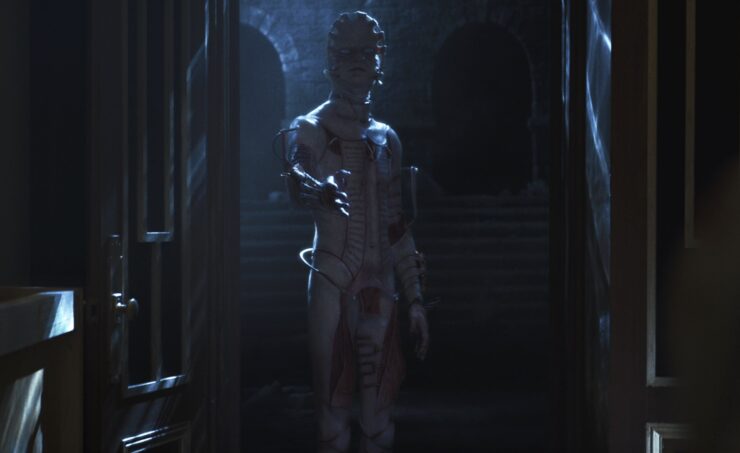 Bruckner has confirmed that new Cenobites will appear in the reboot. Though details are scarce about Pinhead’s acolytes, we do get a glimpse of a new Cenobite in the trailer, referred to as The Masque.

Like all other Cenobites, The Masque is extremely grotesque. Pale flesh is ripped open and accentuated by metallic appendages. Notably, The Masque’s name probably comes from the face that is stretched back by a halo of wires.

Previous Cenobites from the Hellraiser Franchise 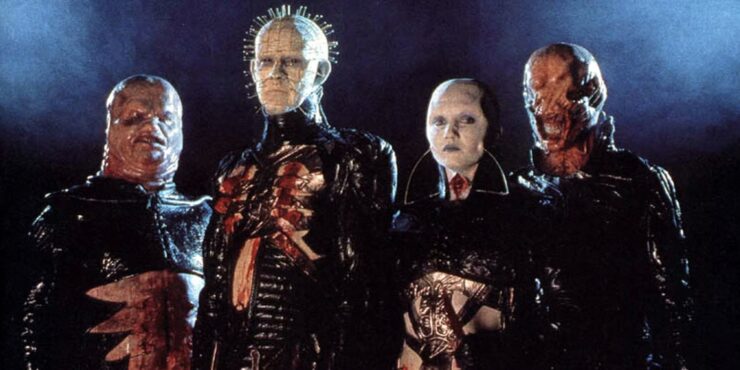 Greater delights await … are you ready to proceed? The new Hellraiser (official trailer below) will begin streaming on October 7, 2022.


Do you have a favorite Cenobite or entry in the Hellraiser franchise? Share your thoughts with other horror fans over at side.show/geekgroup, and don’t forget to Let Your Geek Sideshow!

Pop Culture Headlines - The Last of Us Official Teaser