The Conjuring: The Devil Made Me Do It just recently hit theaters and HBO Max—have you already seen it? I have and I can say it’s another solid addition to the cinematic universe helmed by James Wan.

The eighth installment brims with atmospheric tension and jump scares. But most importantly, it has a frightening villain with a truly evil goal. SPOILER ALERT: It’s a satanic witch looking to take three lives.

But let’s put a pause on that. Before we get into the latest villain, let’s go over the most chilling villains of The Conjuring Universe. (Don’t worry, there will be more on the witch soon!) Without further ado, here are the 7 scariest Conjuring villains ranked from pretty spooky to absolutely dreadful. 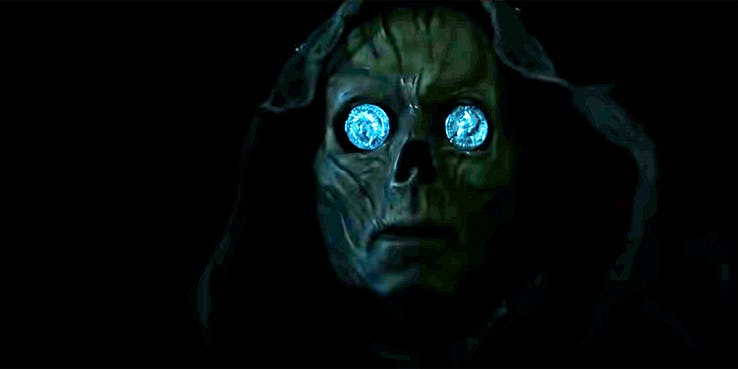 At the start of our list is the paranormal soul collector. The Ferryman collects coins in exchange for human souls and takes them to the afterlife. At least, that’s what he’s supposed to do: routine transactions. Except he doesn’t quite deliver on his duties. Instead of transporting the dead to a peaceful place, he tortures them, eternally.

It’s a terrible idea, but the soul collector is only a minor antagonist in the film and isn’t presented as “the big bad.” For this reason, the dark entity takes seventh place.

Appearance: The Conjuring: The Devil Made Me Do It

Isla Kastner is the only living human on our list—it isn’t easy competing with possessed dolls and demons. But is there anything scarier than horror rooted in realism? Isla aka The Occultist is an ordinary but nefarious witch. Ever since growing up, she’s had a twisted fascination with the occult despite having a priest as her father. It led her down an evil path and granted her dark powers. So, she’s a powerful human foe to the Warrens.

In latest Conjuring film, the satanic witch kills two friends (turning one against the other and then having the killer take her own life), forces a demon to possess a child, and chases Ed Warren with a zombified corpse. This witch may be alive but she’s worse than many benign spirits. 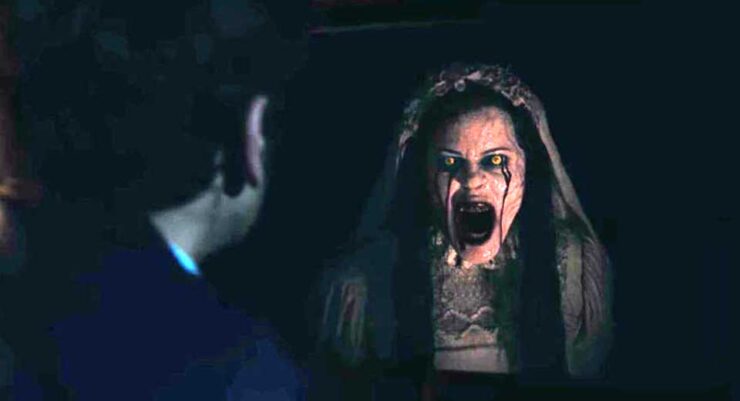 Appearance: The Curse of La Llorona

“The Weeping Woman” is a real Mexican legend and is frightening as can be. The legend says, La Llorona was a woman madly in love who had two sons with her lover. But the man left her for another woman and she killed her children out of anger and agony, later drowning herself from guilt. As a demonic spirit, she roams the living world in search of her boys, mistaking and killing children she comes across who she believes to be her lost sons.

It’s a story many have heard their whole lives and one The Conjuring Universe pulled off well, but not as well as other antagonists in the franchise. Many fans see this film as the least scary movie in general and that could be from James Wan’s lessened involvement. He produced the picture but didn’t direct or write the screenplay.

A 72-year-old man who died on an armchair doesn’t sound like it’d be so scary. Definitely not enough to crack the fourth spot, but Bill’s ghost is more than spooky. It’s his raspy voice, unpredictability (like when he’s walking way too slowly up the stairs and whistling), and desire to hurt the Hodgsons’ kids that turns our blood cold.

The ghost seems malevolent throughout most of the film, but it’s later revealed that it’s been the demon Valak who has been using Bill to taunt the family and Warrens. Either way, Bill Wilkins is still seriously disturbing. 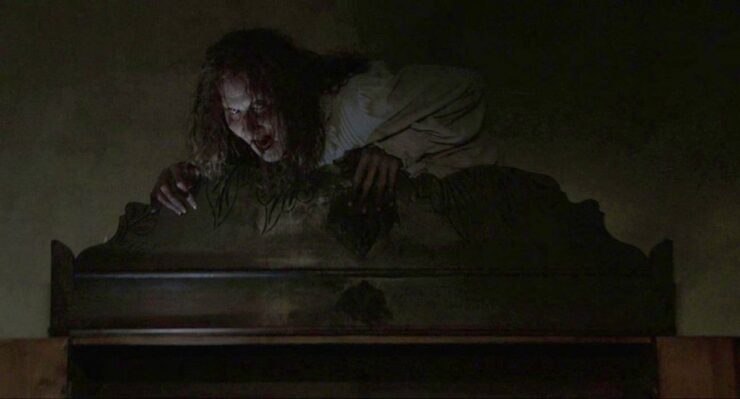 Like Isla the Occultist, Bathsheba Sherman was a satanic witch who wanted to kill people for the devil. But unlike Isla, Bathsheba torments the living even after she dies and becomes a poltergeist. Her aim in the afterlife is to haunt families that move into her home, torment them, and eventually possess mothers to kill their children and then commit suicide.

The first villain of The Conjuring Universe is—unfortunately for audiences—unforgettable. The witch will haunt our psyches for years to come.

There’s something about dolls that scares the bejeezus out of most of us. Perhaps it’s the uncanny valley, the eerie and revulsive feeling we get from looking at human-like robots (or dolls). Annabelle is also too lifelike. She has porcelain skin, overly big eyes, and a blank expression… oh, and a demon possessing her.

Because it isn’t Anabelle alone that causes her to be so high on this list. It turns out the doll is a conduit for the demon. The entity has no background or motive other than getting a kick out of tormenting those in its vicinity. The Annabelle demon was so frightening for viewers that a trilogy based on the doll was made just to give us more nightmares. 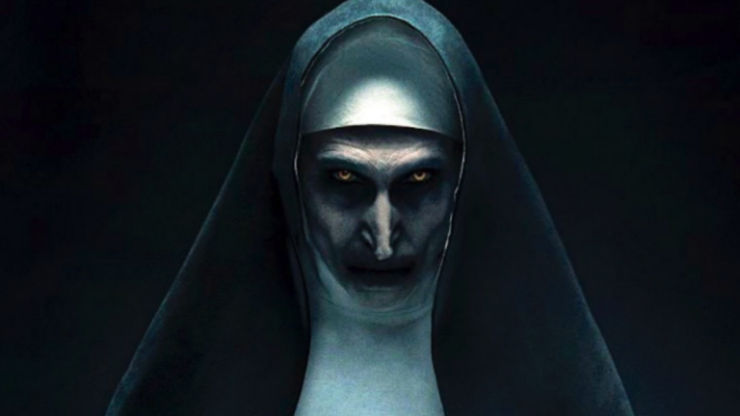 The Nun may be the lowest-rated movie of the franchise, according to Rotten Tomatoes, but these ratings have nothing to do with how frightening the nun-guised demon is. The shapeshifting force is as evil as can be—and it looks the part, too. In its real form, Valak is a towering, pale nun with beastly yellow eyes.

But the demonic Nun isn’t just evil incarnate. She’s intelligent and manipulative, a good reason the Warrens consider her their archenemy. Two of the most frightening villains of The Conjuring franchise are part of Valak’s manipulation: Bill Wilkins and The Crooked Man. The latter is terrifying enough to take the top spot, too, but in reality, he’s just Valak’s twisted version of the English nursery rhyme. Everything about Valak is nightmarish: her shapeshifting abilities, hellish looks, desire to torment, and high intellect. For all these reasons, it can only be the Nun at the top of our list.

Who do you think is the most frightening villain in The Conjuring series? Let Your Geek Sideshow and let us know in the comments below!