Daredevil and Elektra Then & Now- Let Your Geek Sideshow Podcast

The newest episode of Then & Now focuses on Daredevil and Elektra, as Susan and Kitty discuss this hot-and-cold Marvel couple who bring out the darker sides of one another.  Based in Hell’s Kitchen, when they’re not fighting the Hand, they’re fighting each other. 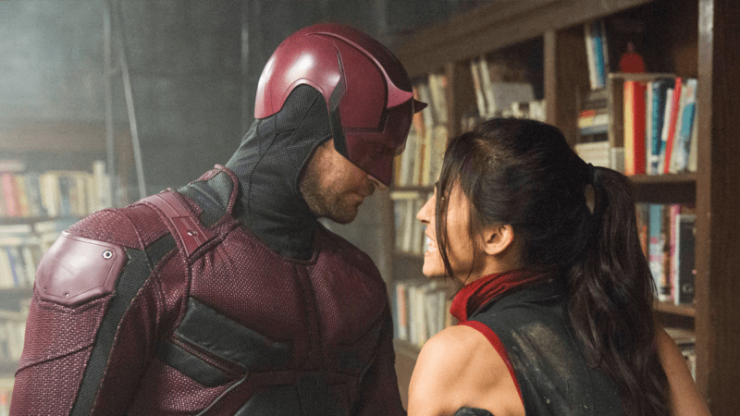 Introduced by Frank Miller to the Daredevil mythos in 1981, Elektra provided an interesting foil for the Man without Fear, giving his history, faith, and heroic creed an added dimension.  Playing against her more individualistic code of honor, Daredevil has often been challenged by Elektra, struggling with his own demons related to his beliefs.

Elektra died in Frank Miller’s run on the series, but was later (somewhat controversially) resurrected for future use in the Marvel Universe.  The characters have evolved through the years, taking their dynamic across comics to television, appearing in Marvel’s Netflix continuity.  Daredevil and Elektra bring out a darkness in one another that takes their stories to new heights.

If you are interested in following Daredevil and Elektra throughout Marvel Comics and the Netflix Defenders universe, be sure to check out the following comics and shows: